Starting the Star Wars week, I thought it would nice to have a little look through some of the other great Star Wars gaming articles and goodies we have looked at in the past. 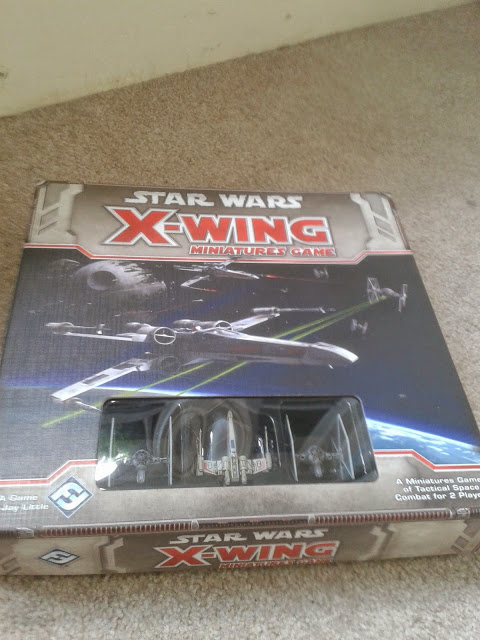 Lets look at a classic first, the original Star Wars X-Wing  miniatures game starter set.  Even with the new starter set, this is one is still relevant and contains some excellent upgrade cards, and some Rebel pilots and Imperial Pilots that only come in that set. 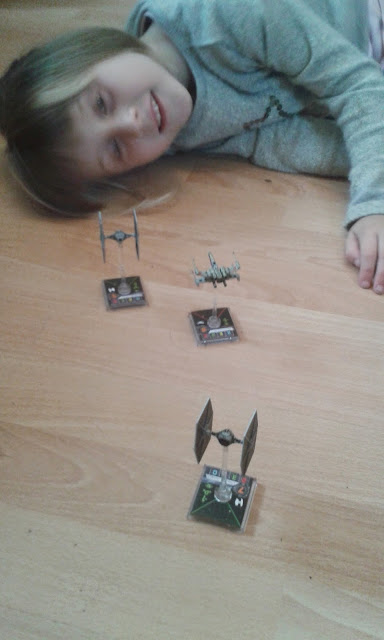 Even Olivia loved it, and we have played many battles since then.
We looked at some other ships you can add to the game, such as......


This beauty..... the Millenium Falcon 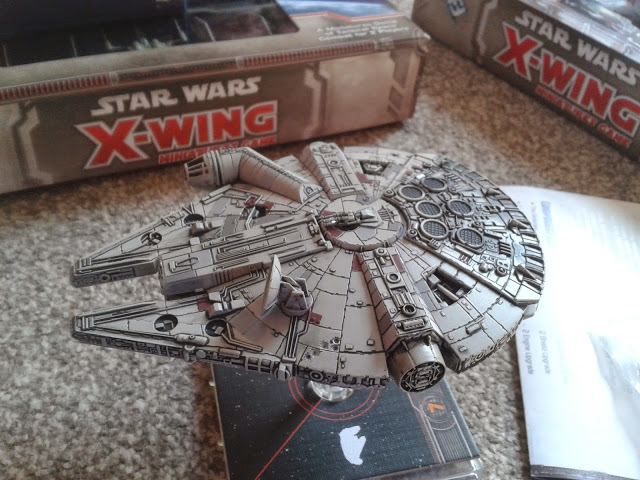 we also looked at getting the best out of the ship with some builds.
Of course Han Solo needs a suitable opponenet, so with that in mind we looked at Slave 1 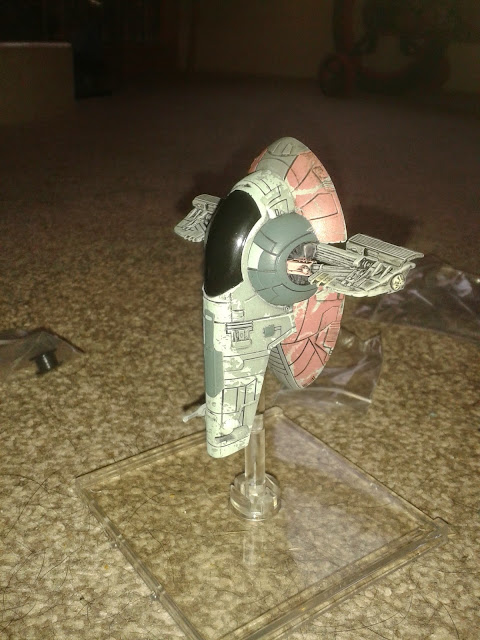 With a wealth of pilots and options we looked at getting the best out of her in service of the Empire.
Small fighters like the Rebel Z-95 provide extra expansions, with new ships and cards to try new combinations. 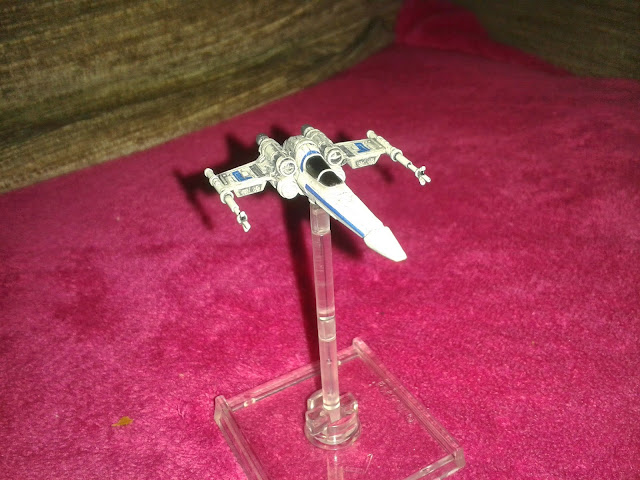 We also looked at how the Z95 can fit into your list as well. 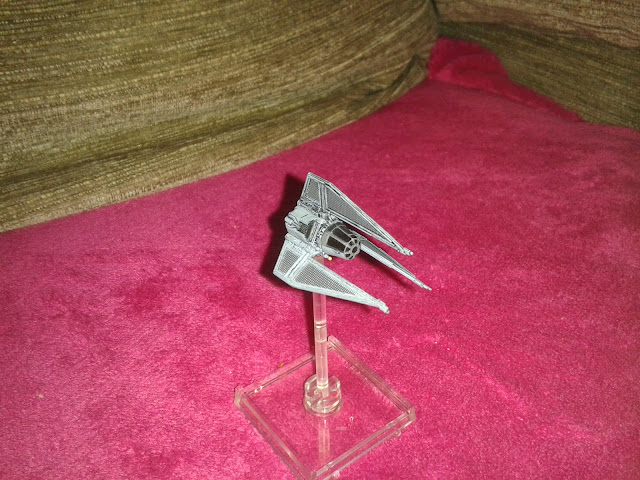 The fearsome TIE Phantom has been one of my favourite ships so far, great looking, and very powerful, but requires a delicate hand to use, and the right kind of build which we looked at here and how to integrate it into your list, though with my love of it I prefer to build around the Phantom, take a look here at some options to try. 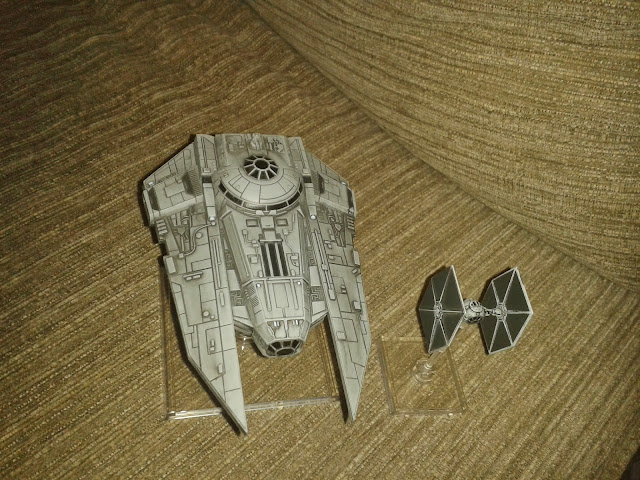 A beast of a ship it provides firepower in 360 degrees and strength to the fleet.

For the fans of the N64 classic Shadows of the Empire, Dash Rendar and the Outrider provide fun and thematic gaming, with some nifty tricks for the Rebel forces and a great "Dash" (see what I did there) of nostalgia 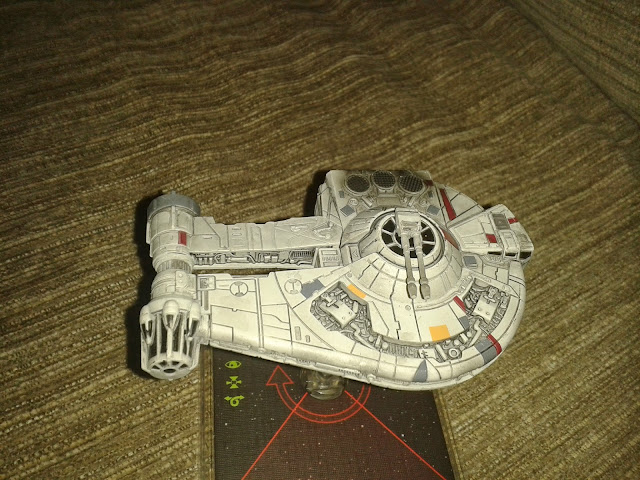 More gaming fun was had here 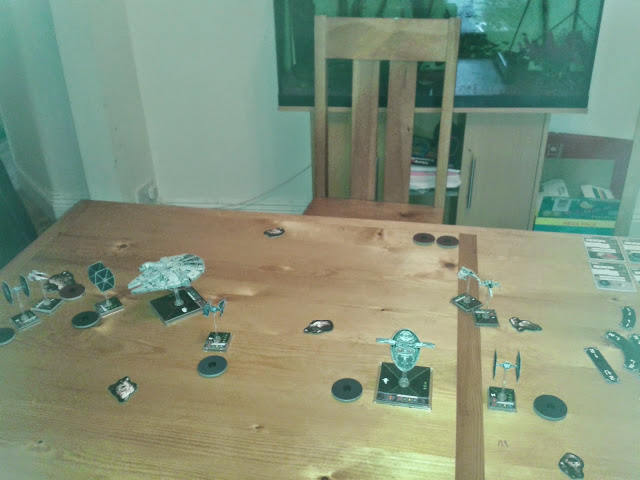 When not pushing around toy space ships we still managed to play Star Wars Timeline here for some classic movie trilogy fun, proving (or not) our knowledge on the films 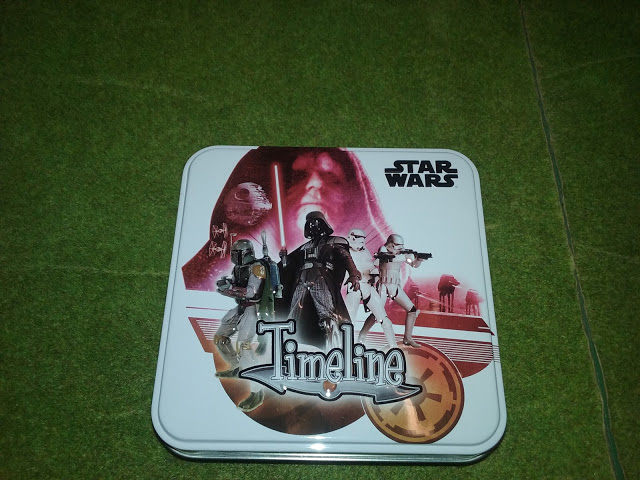 With the new film The Force Awakens due out soon it was a nice surprise to see a new Starter set for Xwing showing the ships from the new film, this is a great addition to the range providing even more tactical options to your gaming, see what you get in it here 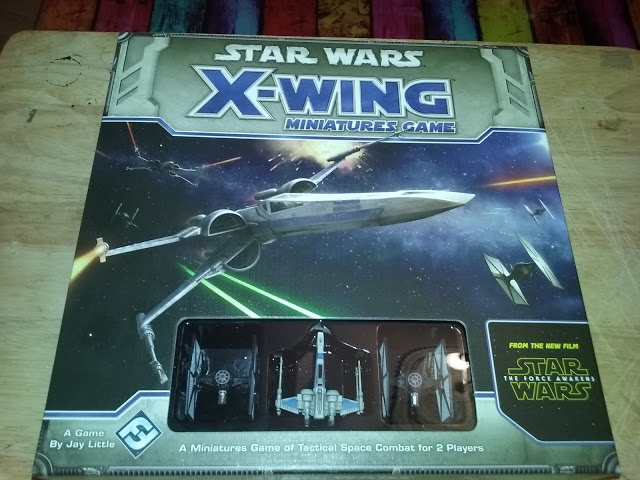 We even tested it in battle here and the ships are great! 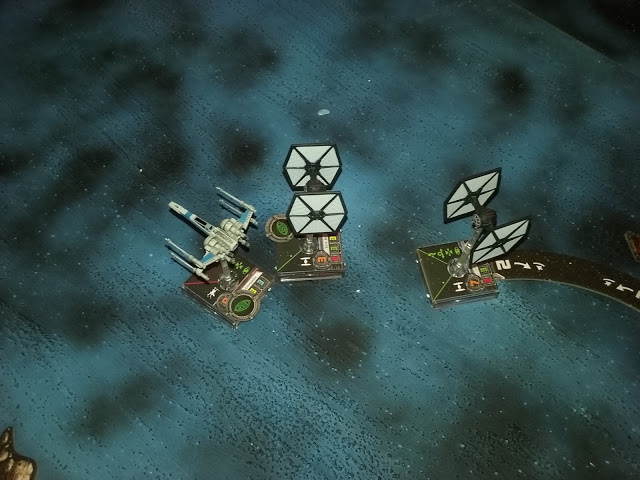 This only the start of our Star Wars week where we will concentrate on the latest Ship game From Fantasy Flight Games Armada, so you can be sure that there will be plenty more great star Wars content to come! for Armada and Xwing.