For Fathers day which was recent here in the UK I received a nice selection of Star Wars based goodies from my dearly beloved family. Including the obligatory socks (though Star Wars ones so that's ok) Star Wars Pyjamas, Star Wars Slippers and then this........ 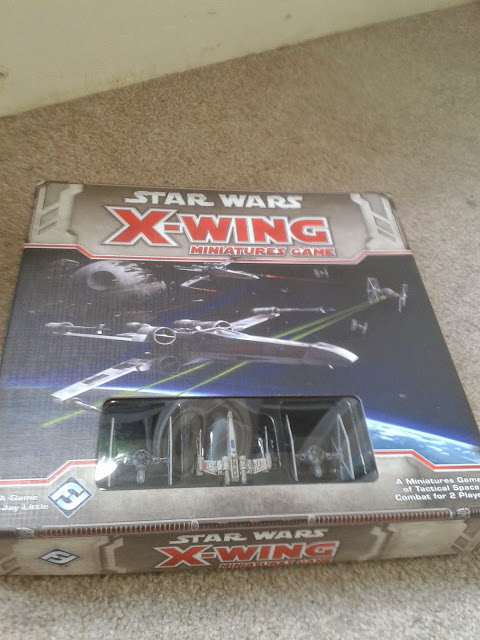 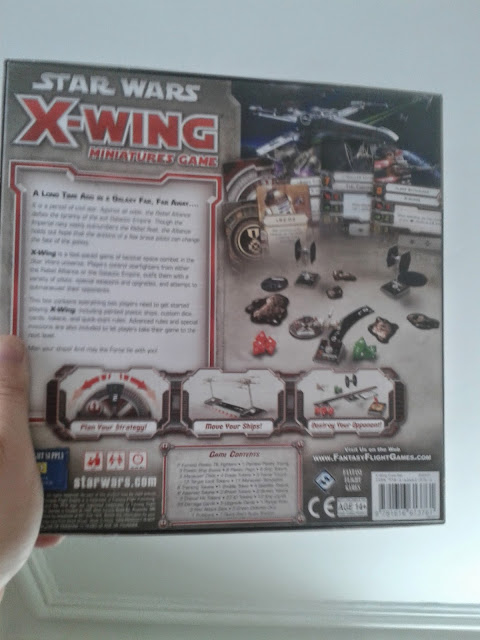 I was most pleased!! I had to look over and unwrap all the other goodies first which was hard as all I wanted to do was rip the shrink wrap off, and run off playing toy space ships all day long! I waited though, then when all was quiet had a good rummage inside, spent some time punching out the tokens which was nice and simple then studying the rule book, and of course playing with the ships and making suitable noises! 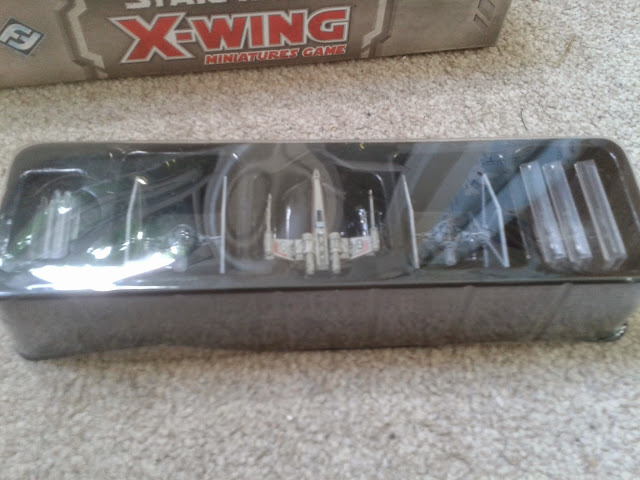 Lets look at the ships first you get an Xwing and 2 Tie fighters. they come in this plastic tray that comes out of the box and keeps them all nice and tidy. 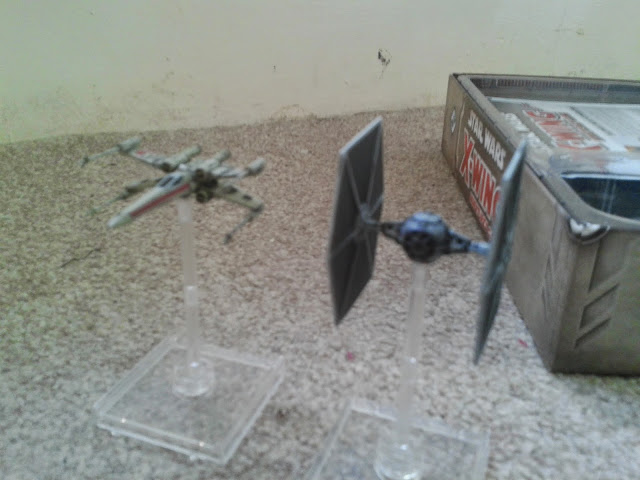 So hard not to make laser noises 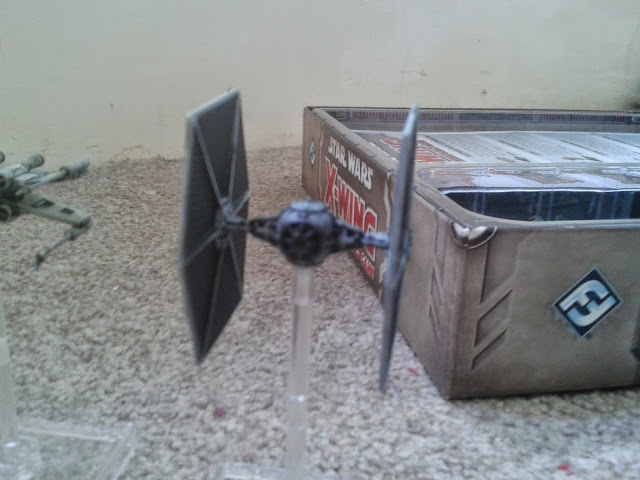 lovely minis, already painted, which for me is a HUGE bonus 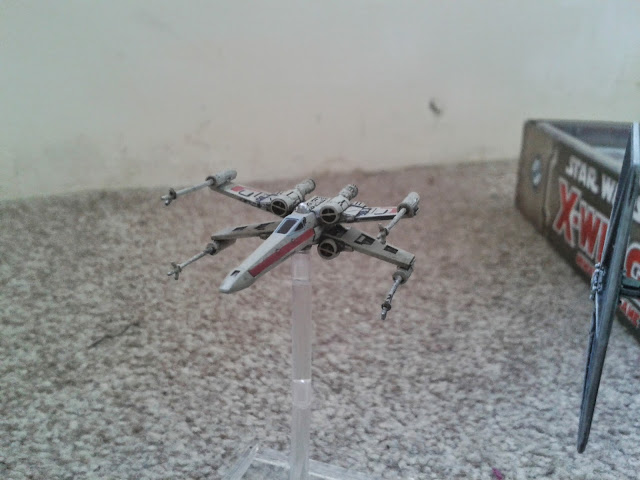 The ships are great and assemble onto flight pegs onto the stands which all come down and sit in the plastic tray for the ships as well. 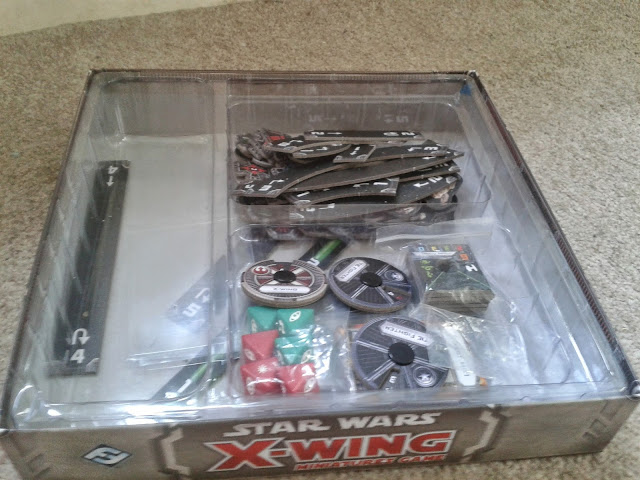 look at all the tokens!!!! movement tokens, asteroids, markers, all sorts of stuff. All nice thick solid cardstock very sturdy. 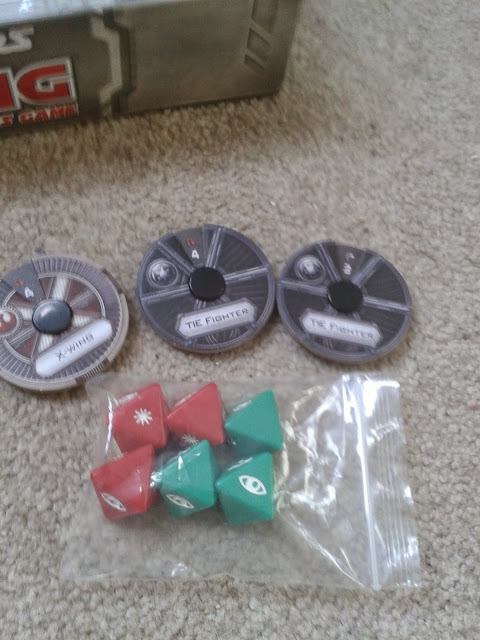 Movement dials for each ships and special funky dice 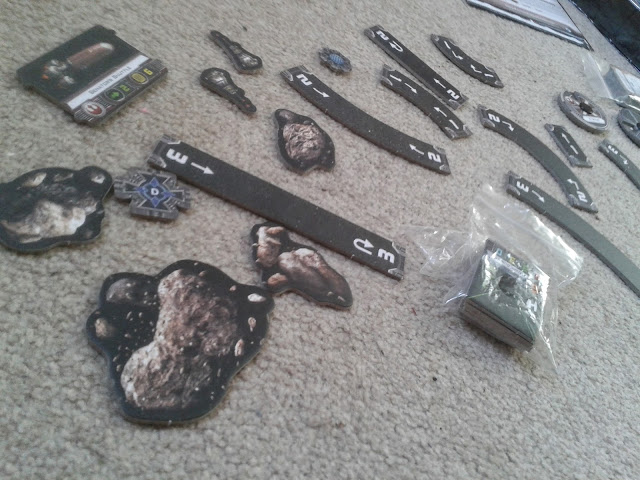 Movement tokens, and the asteroids you can use as scenery in game 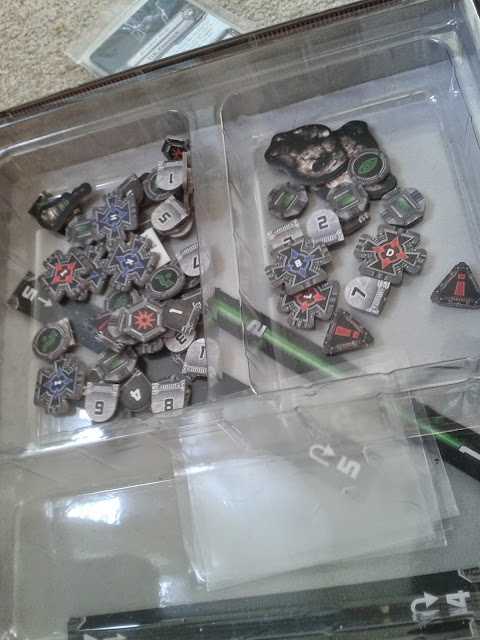 more tokens! and the range ruler, in green laser for Imperial and Red for rebel. Nice little touch 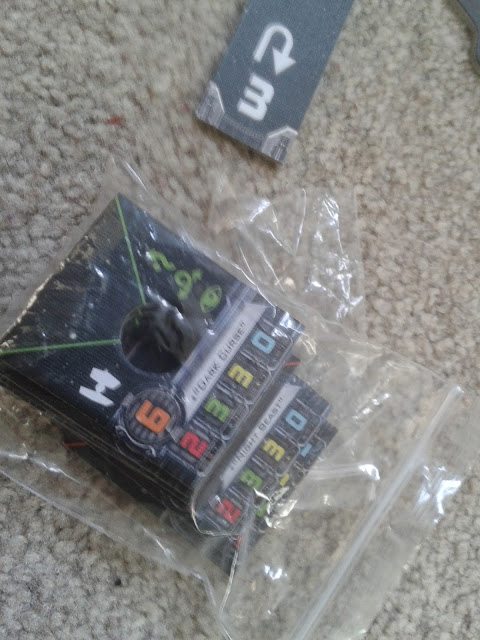 Pilot cards that slot into the plastic bases 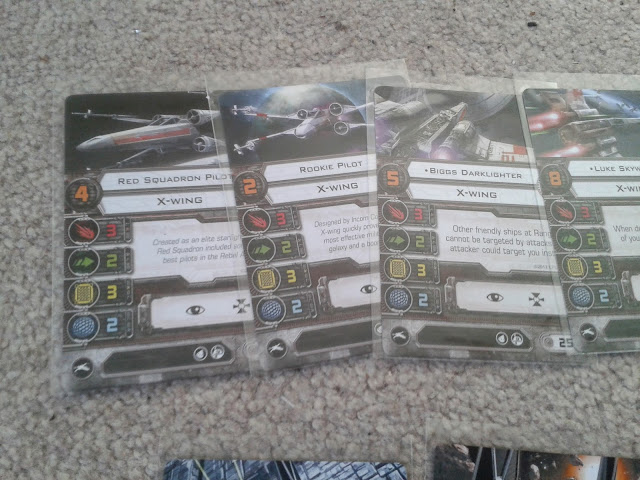 Pilot cards for the different pilots available to the Xwing. Each with different pilot skill levels, points costs and named pilots with special skills 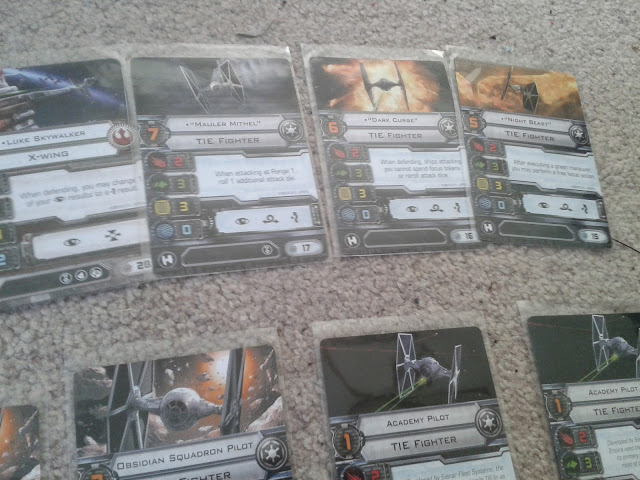 The Imperial Pilots, I put the cards into sleeves myself, I like cards in sleeves. 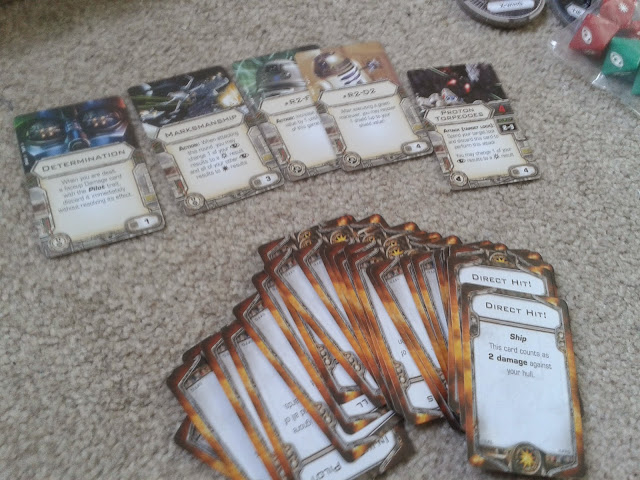 the smaller cards are for damage and upgrade equipment like droids, or proton torpedoes 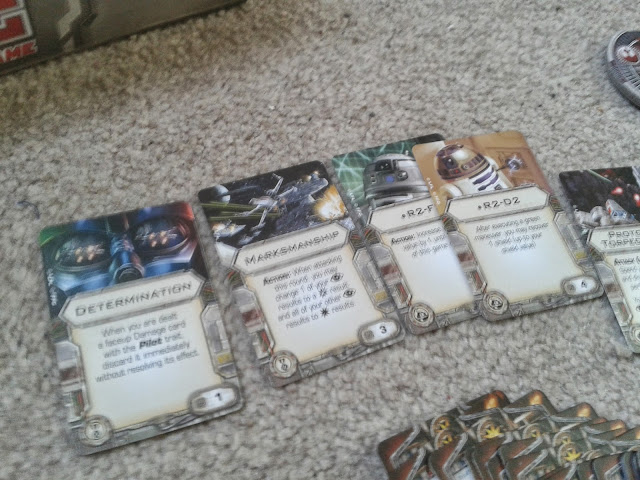 I will have to get some mini card sleeves 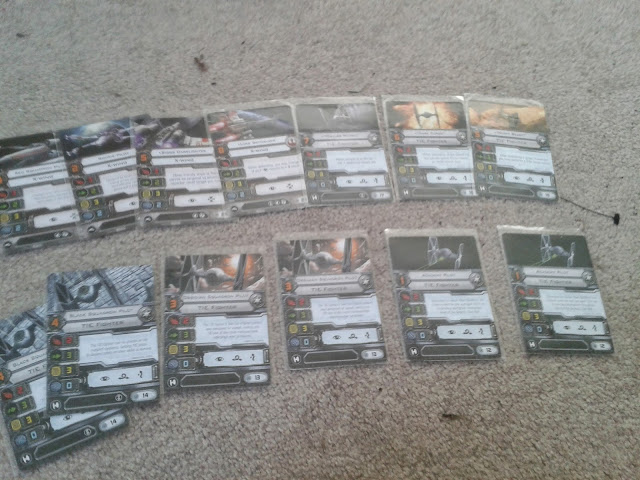 its a nice set of cards with lovely artwork 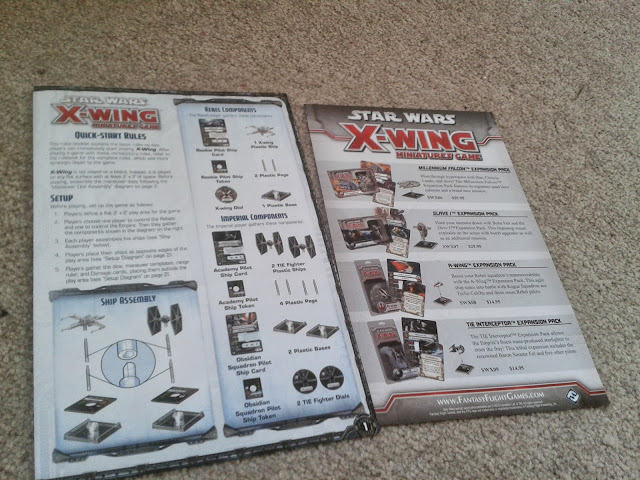 You get a little assembly sheet, and an advertising flyer with other available ships 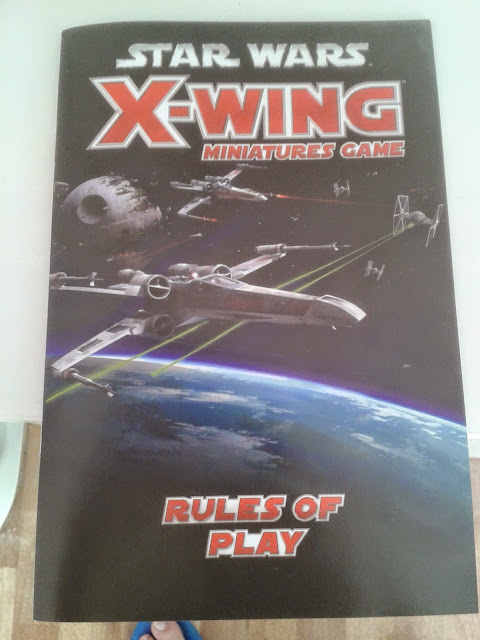 Finally the rulebook, short concise, simple to read and includes some missions.
Very impressed with what I have seen, now I need to get playing it and get back to you!!