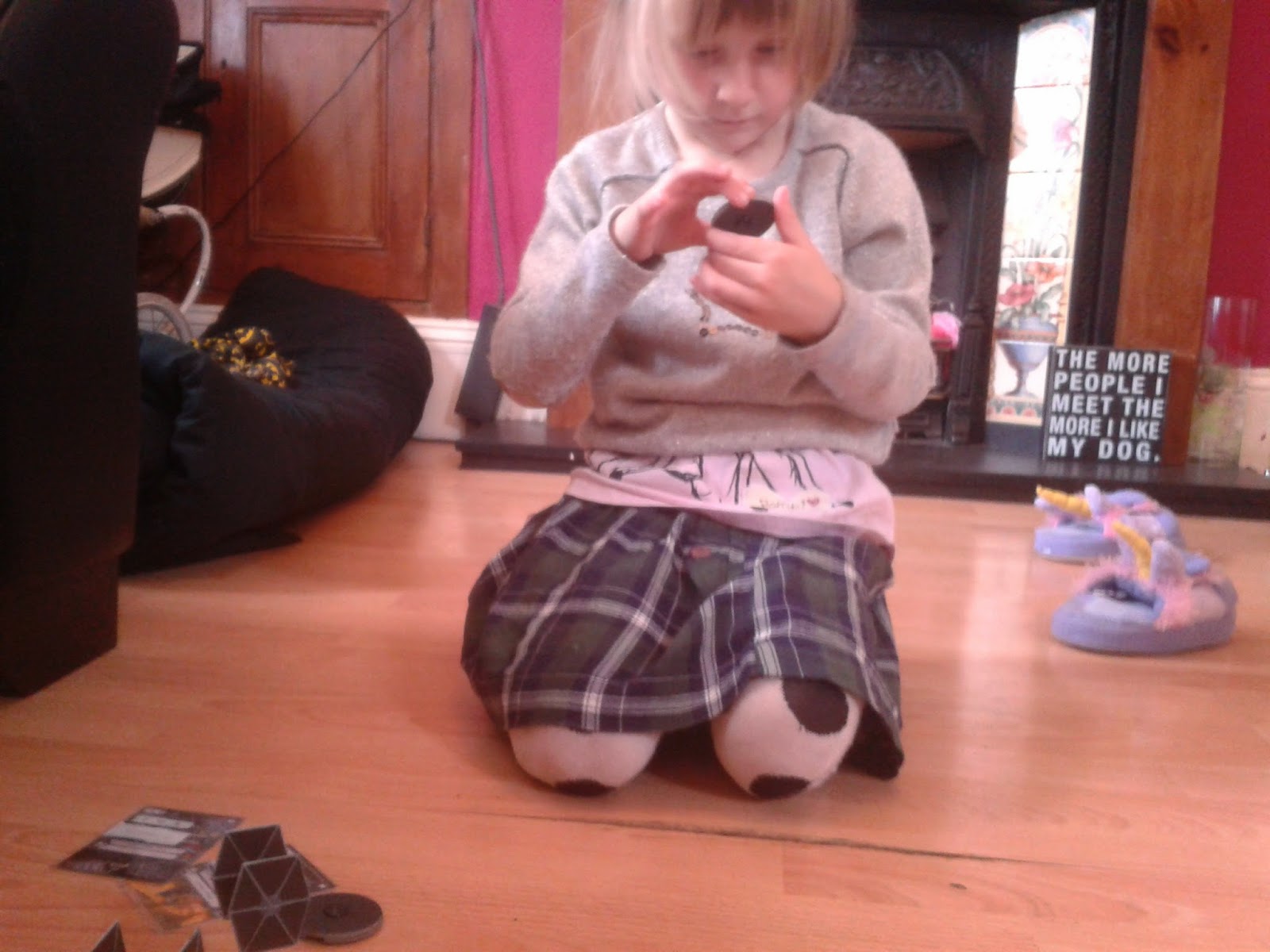 As you saw in a previous post I got Xwing for Fathers day.  It looks so much fun I have been dying to play it, and today whilst having it out my 5 year old Daughter Livy saw it and asked to play.  Not expecting much apart from a chance to put the rules more into play I agreed.

I explained the basics she picked up the simple parts of moving picking the dial. 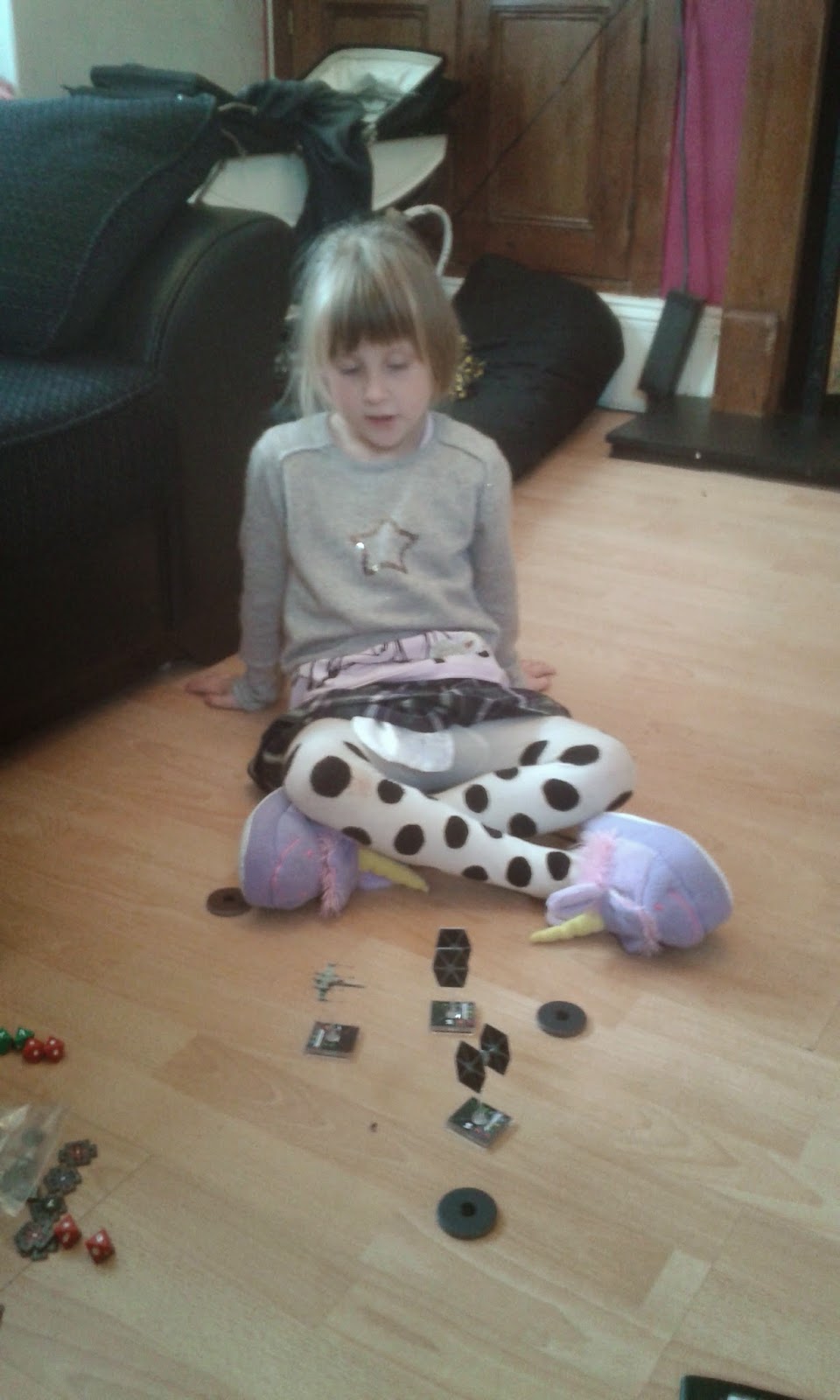 I played the empire as she did not want to play the "Baddies"  after a couple of turns it ended up here, I thought in my best vader voice "I have you now!" I managed to damage lukebut left him flying with one hull point. however look what she did the next turn! right on my tail! 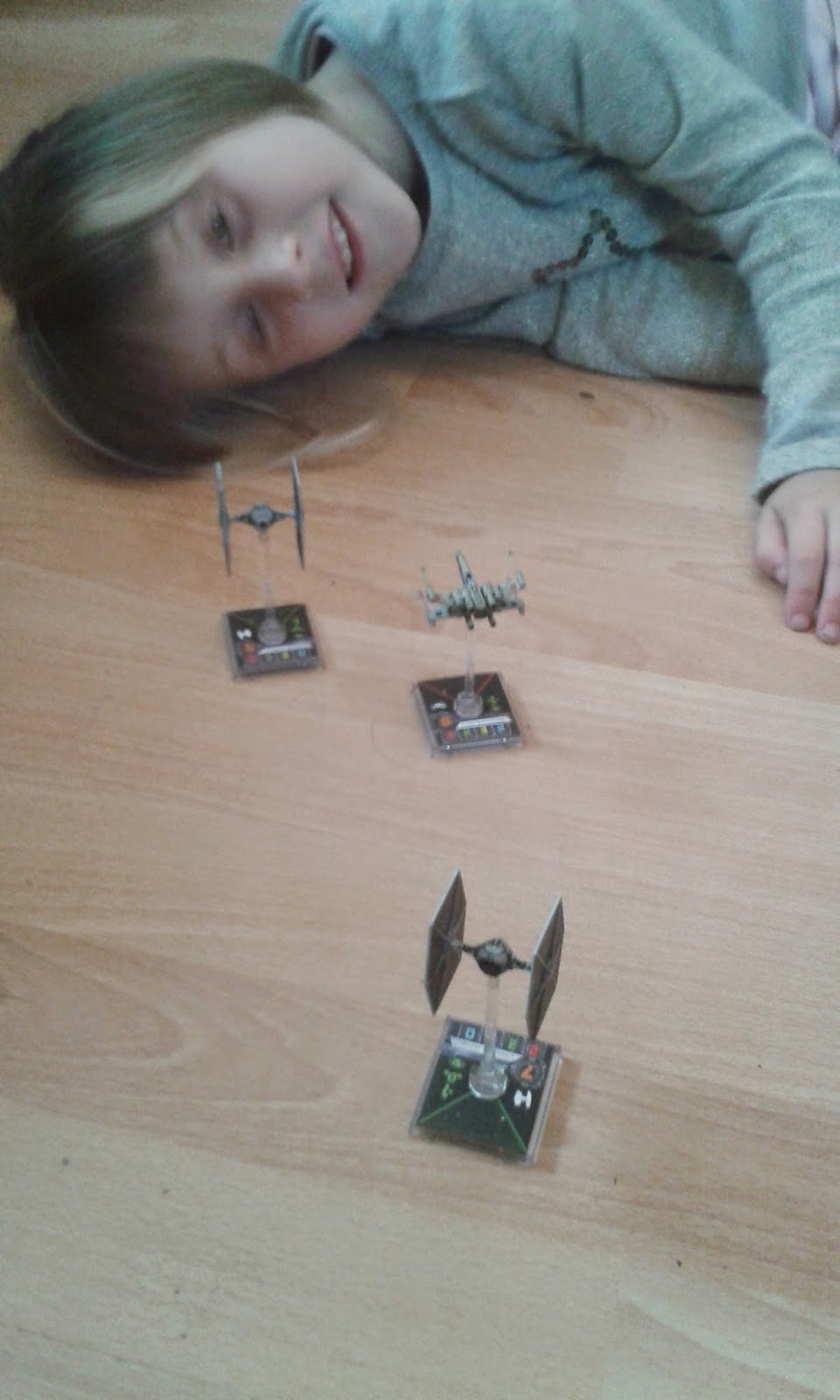 Luckily she only damaged me. I shouldn't underestimate my opponent! 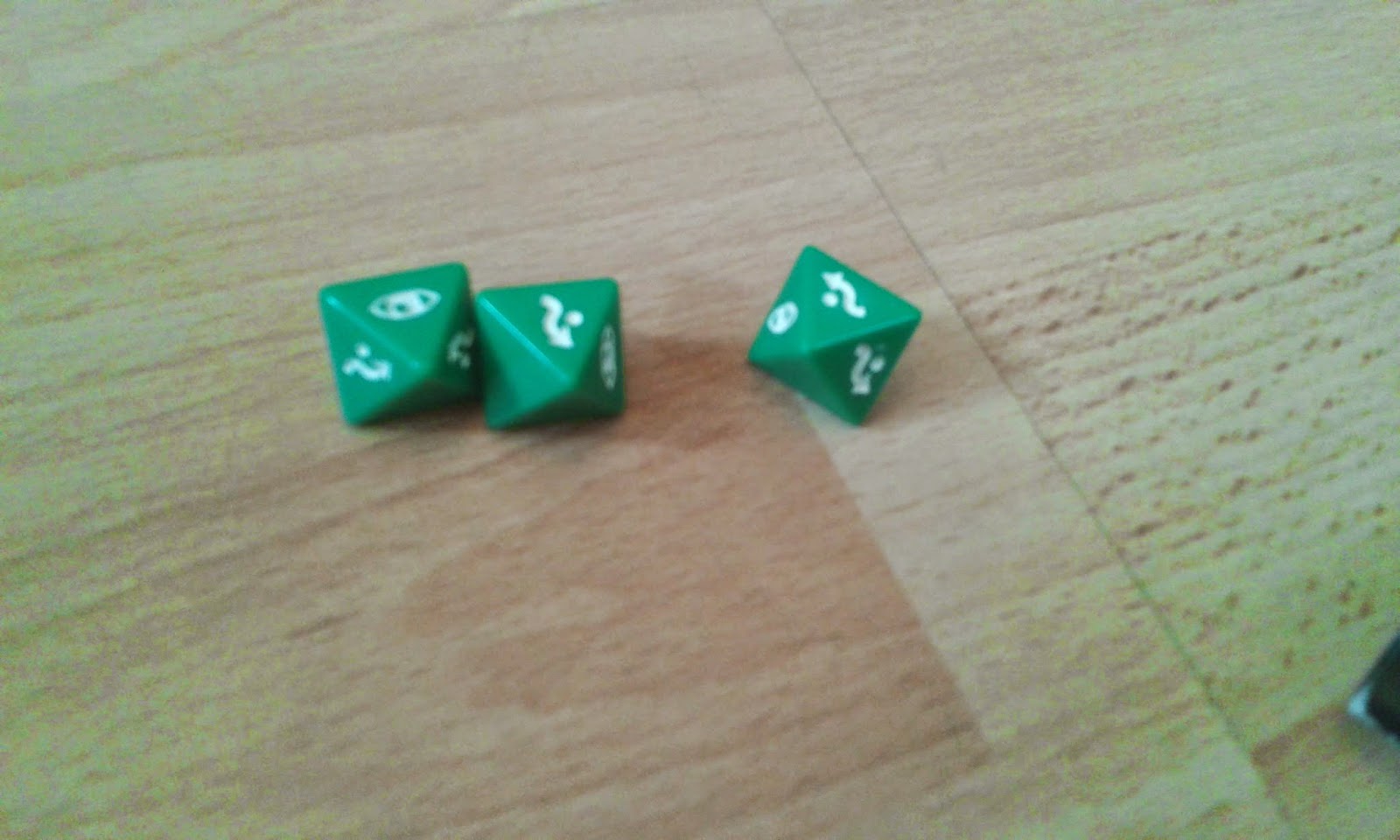 She rolled well! and used focus. she was figuring out them very quickly.
A few turns later though the fighters converged on luke and brought him down.
As soon as the game was over she asked to play again. in her words "I want to play the baddies so I can kill you daddy!" 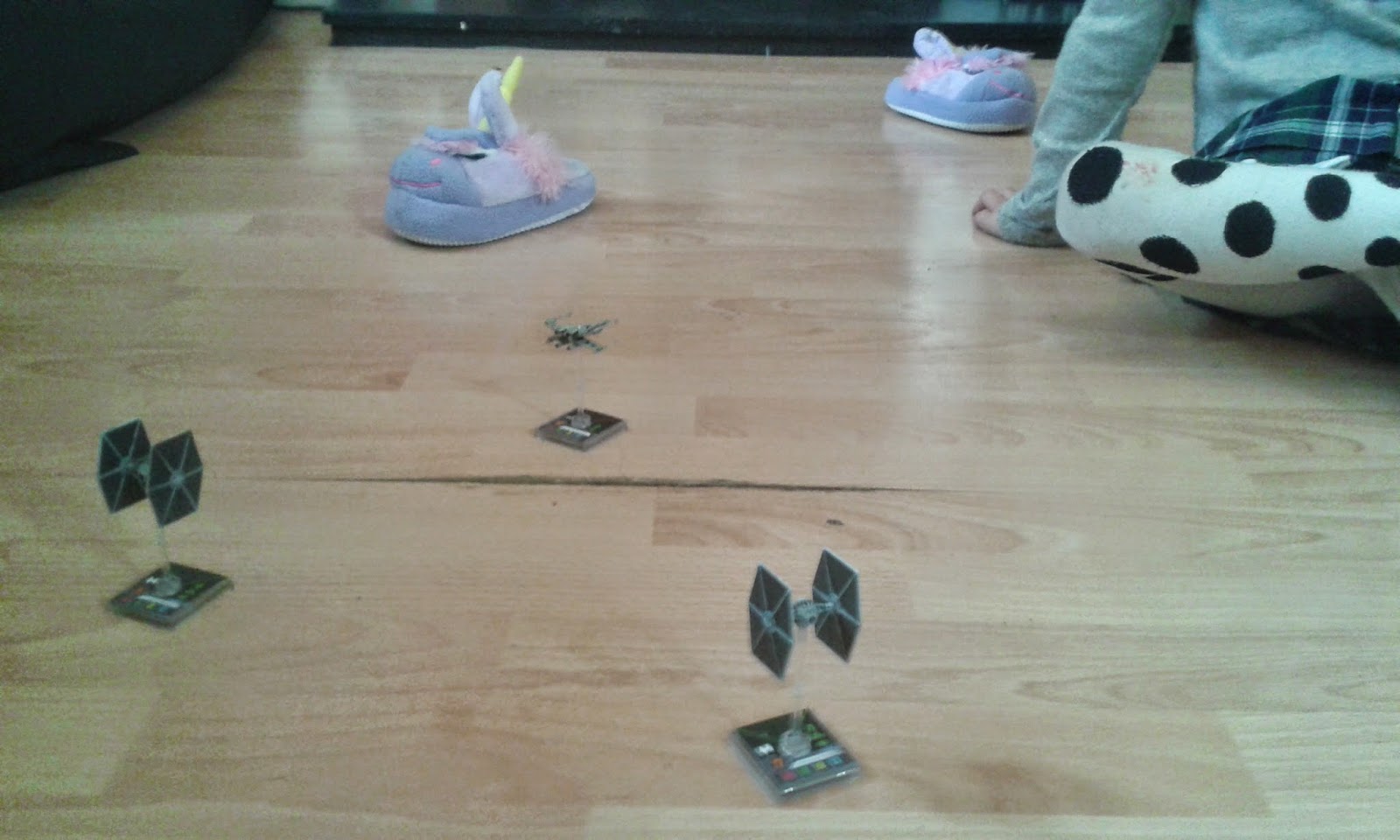 Luke being chased down in the first game before being dispatched. 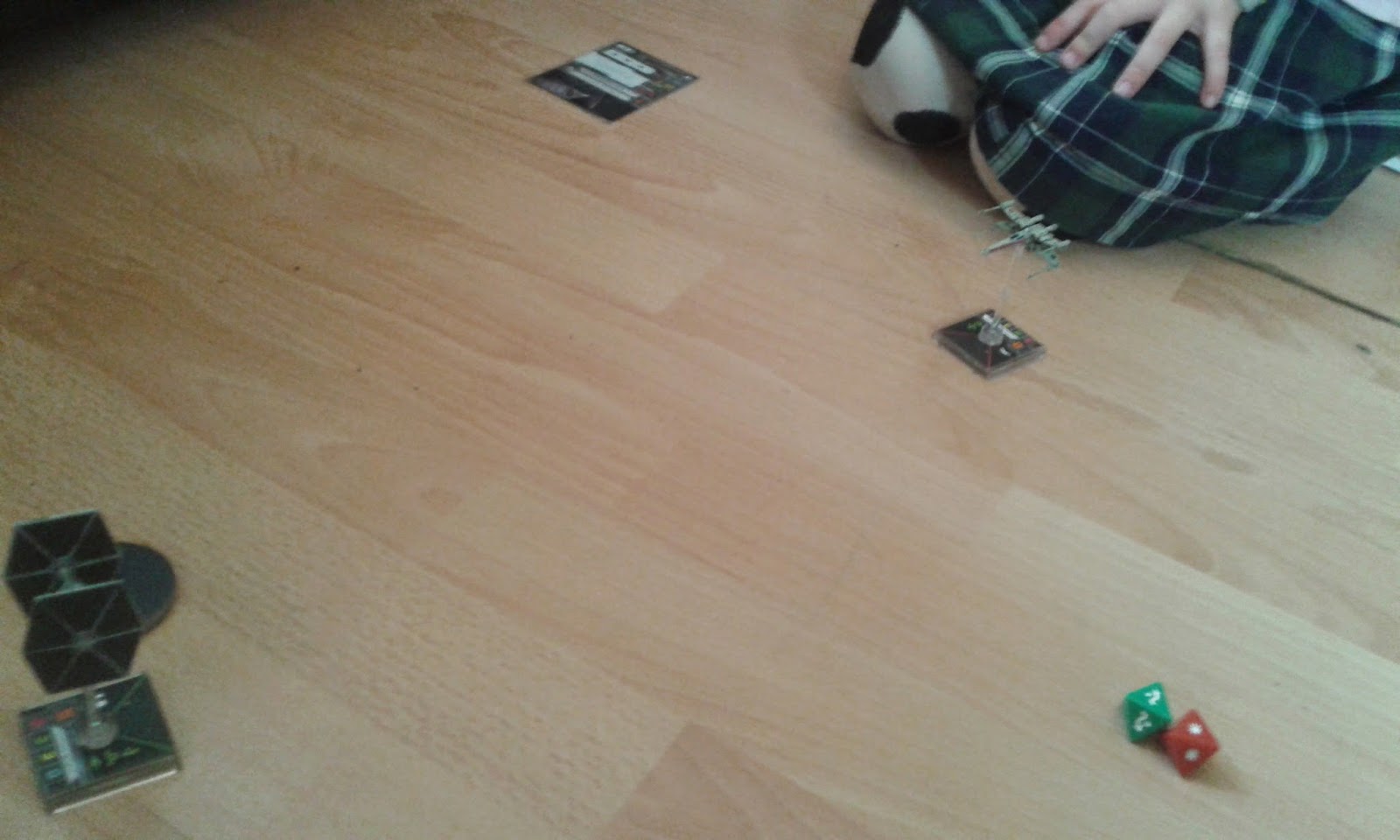 She went for the joust in this game! hurling a tie at a time straight down lukes throat 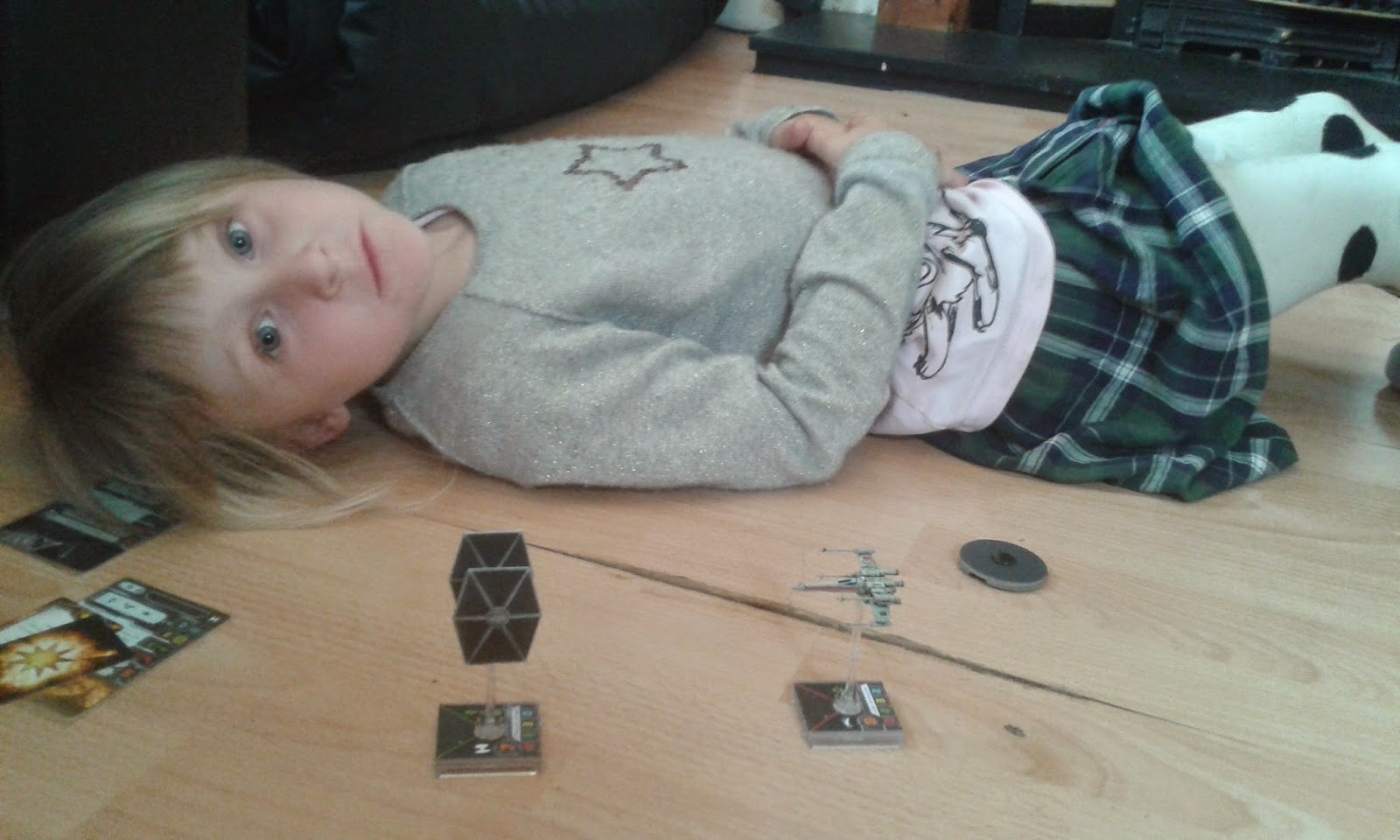 luke took him down only receiving one wound 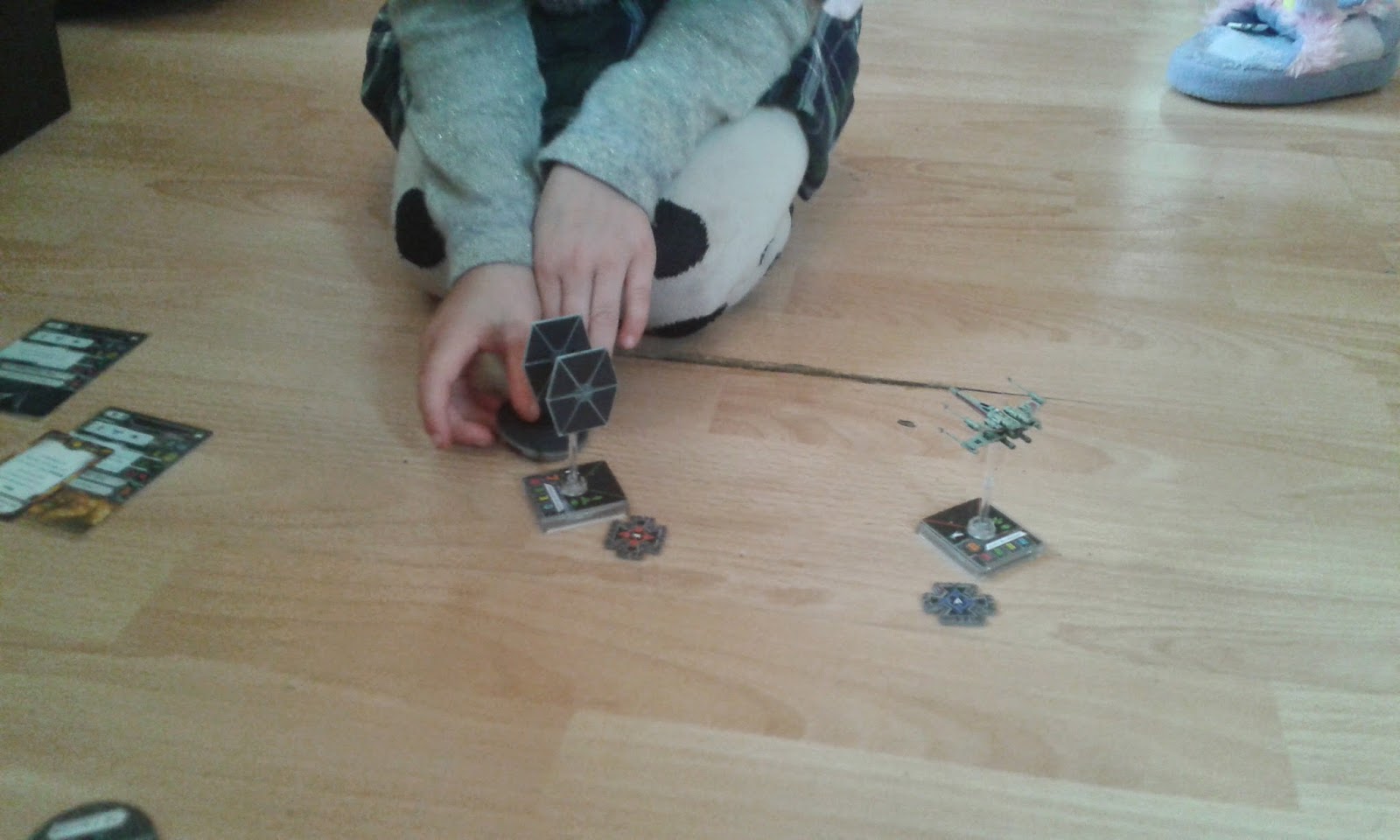 a target lock made sure the next TIE was swiftly downed bringing a rebel victory.
She loved it, and then went into the garden and played star wars pebbles with her coloured glass beads, telling me these are the ships, and these are the cards and these are the tokens and so on. I was suprised how much she grasped. Not a master tactician, but the fun we had was worth every second of daddy daughter time!
She knew how many attack and evade dice to roll from looking at the cards and hull points too. now we need more ships!

So if you have a youngling, give it a go they may surprise you.  At the least you will have a great time
Labels: Fantasy Flight Games Xwing