To me one of the most iconic and cool looking ships of the Star Wars universe is the Falcon.  Its not a sleek fighter, or a massive capital ship.  Just a beaten up old YT-1300 freighter with a few mods.
The ship is available in the Xwing miniatures game, and since its a favourite of mine, and my daughters (in fact her very favourite because of Chewie) it had to make an appearance on the table for us. 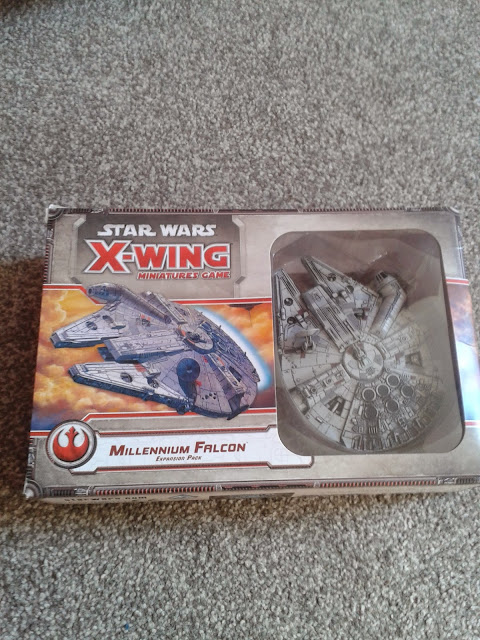 comes in a pretty hefty box! 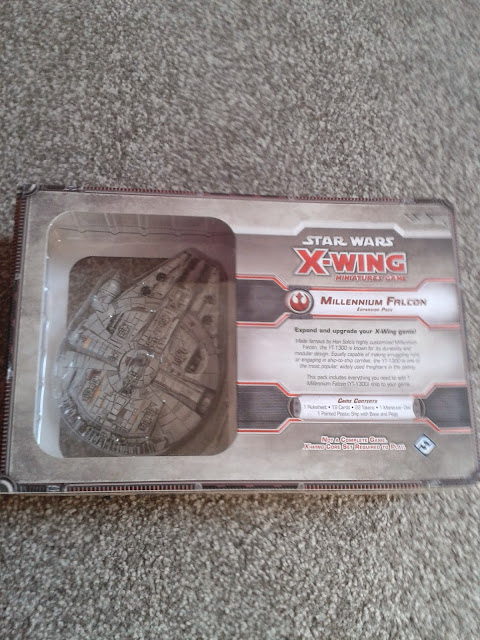 nice little window so you can really appreciate the detail of the model.
On opening it you find the model is in its own little plastic tray for protection which you can keep it in. and the other side of the box contains another card box full of all the goodies.

So what do you get in the box?? well you get a ton of upgrade cards 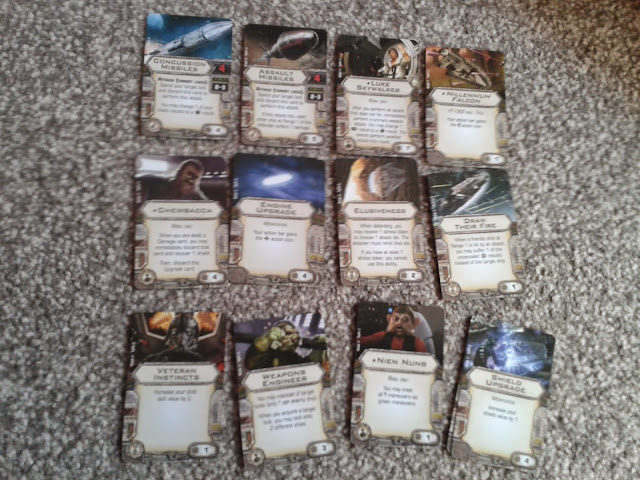 Four pilot cards and a boost action card.  Boost is a new kind of action we will come to in another post. 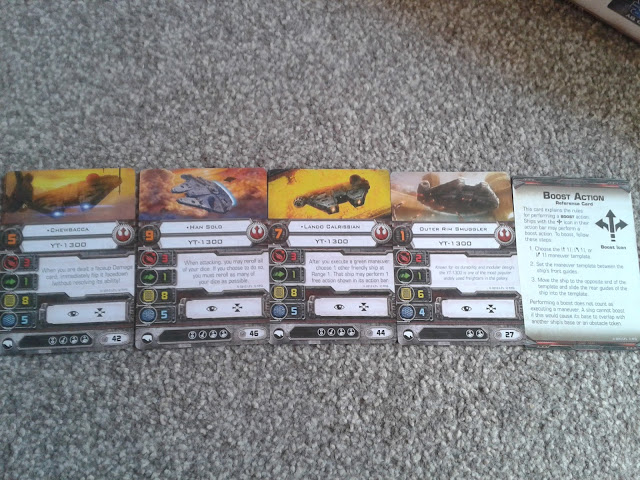 The pilots are Han Solo, Lando, Chewie and a generic outer rim smuggler. We shall look at those more in depth in another post.

Everything is all bagged up nicely in reusable clip bags which I always keep for tokens and such like. 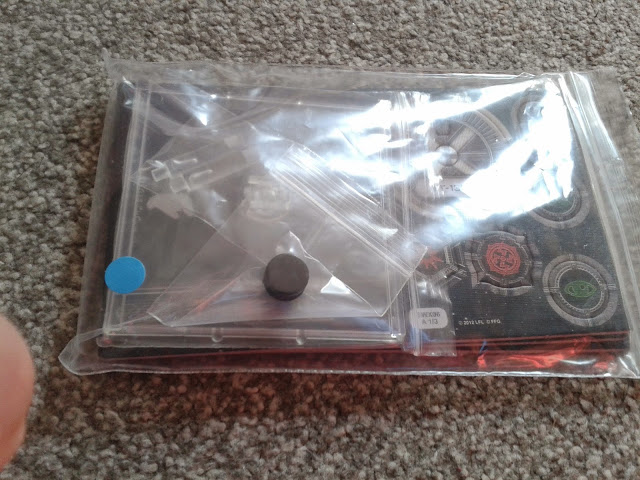 You also get a large ship base and pegs, the pegs are thicker with a different style ofpeg to the normal fighter ones 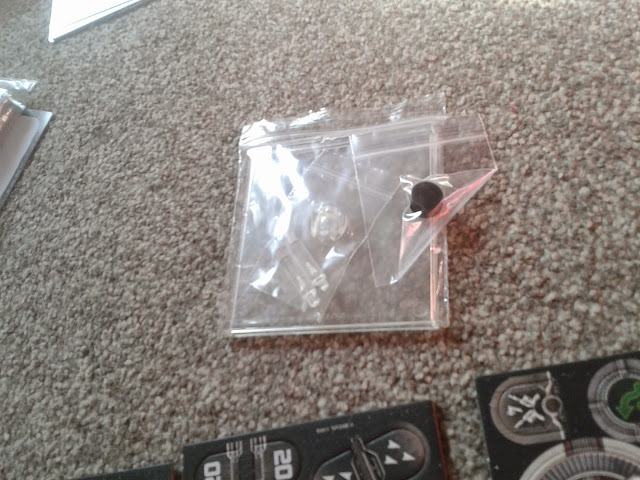 A large selection of tokens, with the dial ship bases, shield tokens and some mission specific bits as well 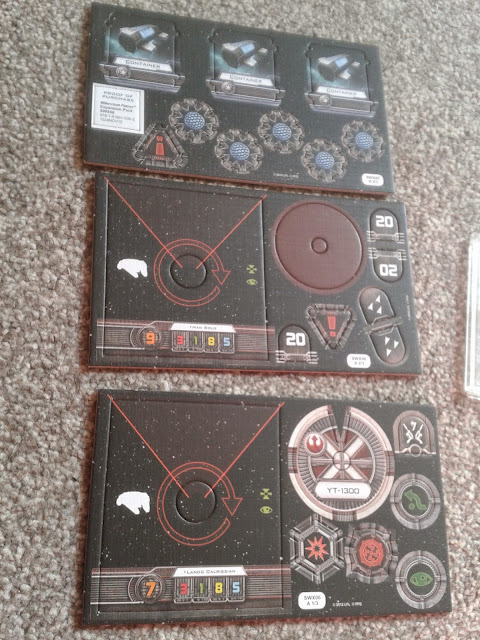 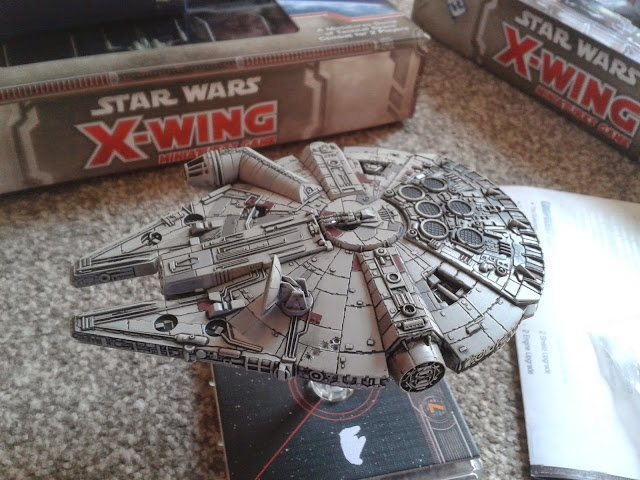 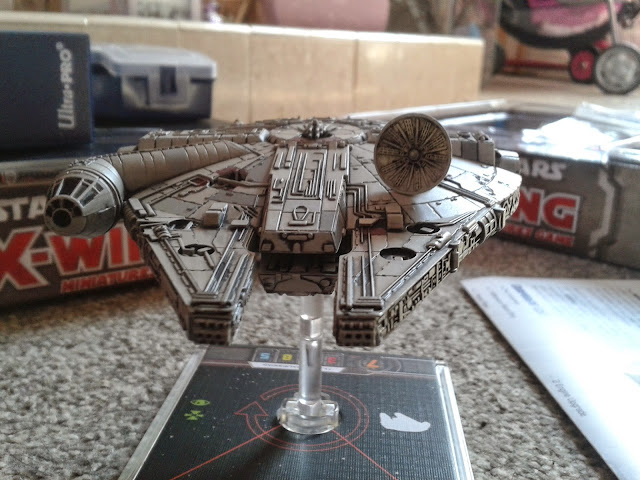 Just look at how detailed that model is! and of course he quality of the Pre-paint on it. 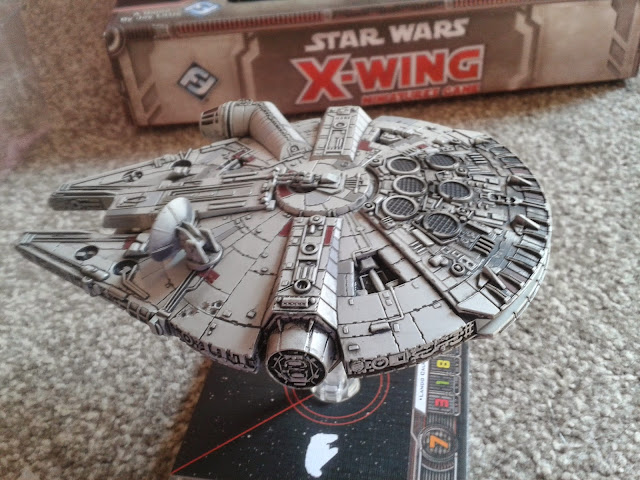 The dish can move back and forwards as well. No purpose for it in game, but its cool 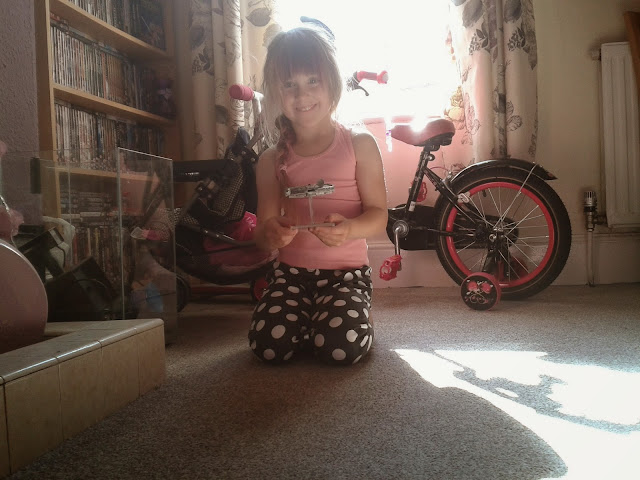 Its a nice size model, and in scale with the other ships as well 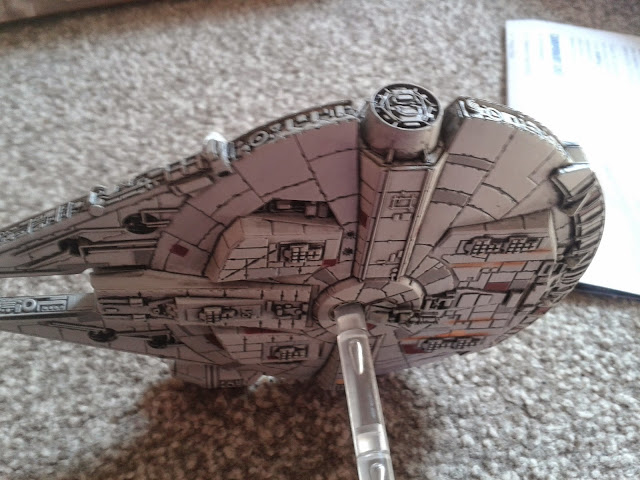 You also get a little sheet of new rules covering things like "Title" which is adding a card to make a generic ship like the YT1300 into the Millenium Falcon, "Modifications" like adding shield upgrades or engine upgrades to ships with the relevant cards. And the rules for large ships in general which with the larger base size his is considered. 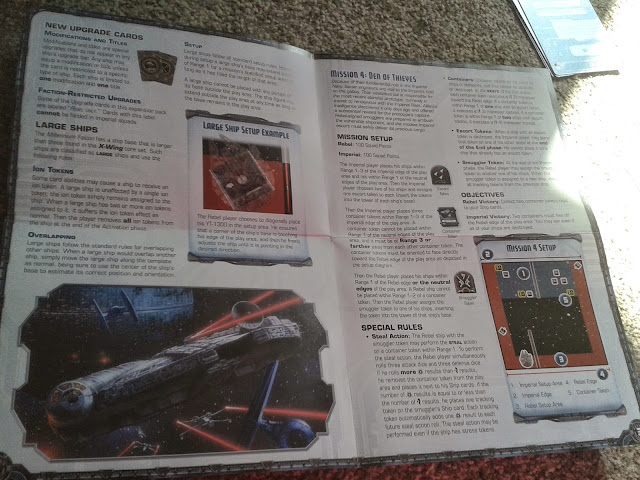 It also includes another mission to play with the tokens included, to a point value of 100pts per side to add more variety to your Xwing experience 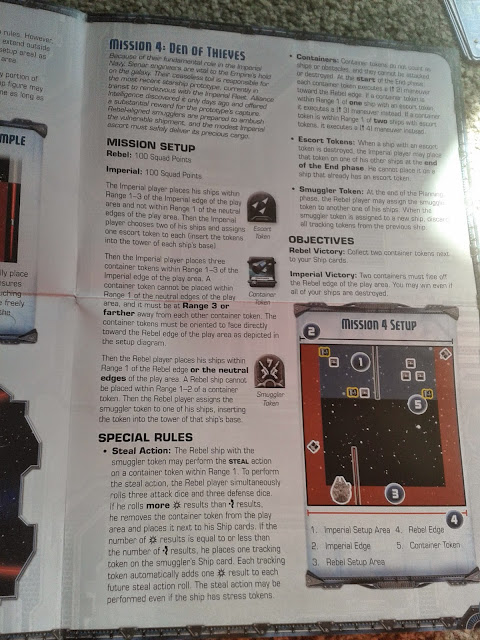 This is a great addition to the game, adds missions, tokens a great looking ship and plenty of variety in upgrades to your game.! ﻿
﻿
Labels: Fantasy Flight Games Star Wars Xwing