Olivia and me broke out The force Awakens set, and only using the tokens ships and bits form the starter set to see if you can get a fun game from it. 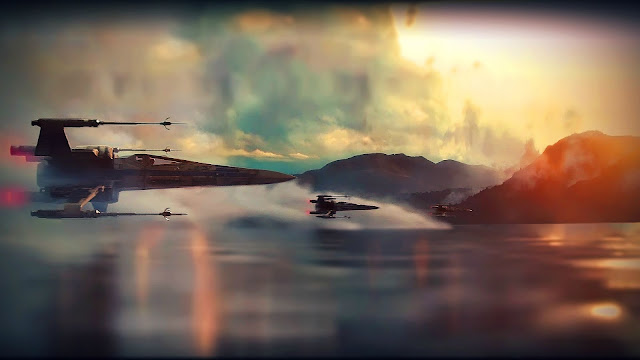 We played a 36 point game and Olivia was the Resistance, I used the First Order forces.
Lets take a look at how it played out..... 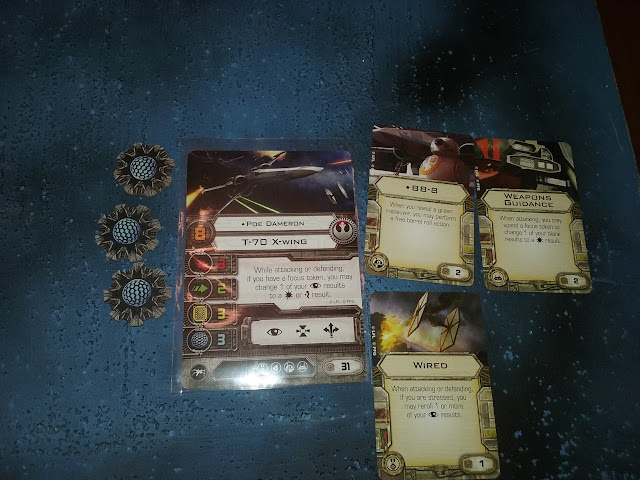 Olivia took Poe Dameron, meaning with his high skill would move last and shoot first, as lowest skill moves first, highest skill shoots first.  For upgrades he has Wired to make the most of being stressed, BB-8 can allow extra manoeuvrability, and weapons guidance to try and make those hits stick. 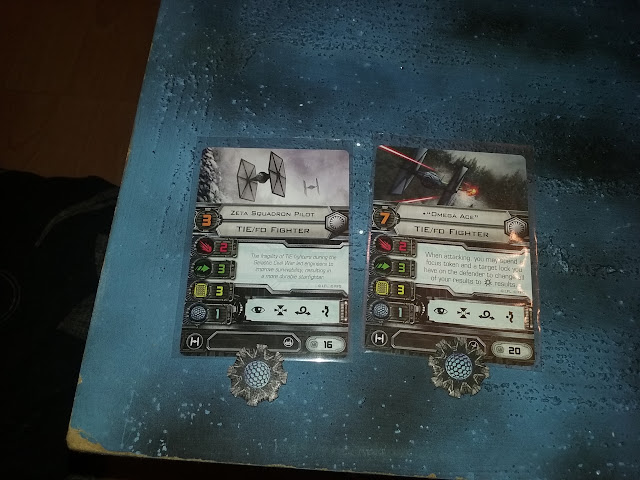 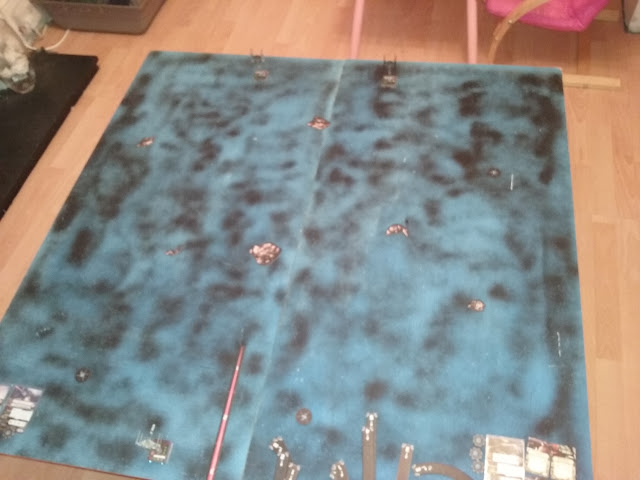 The board set up with the two Ties coming in from the north, asteroids and some other obstacles from the starter set are scattered around. 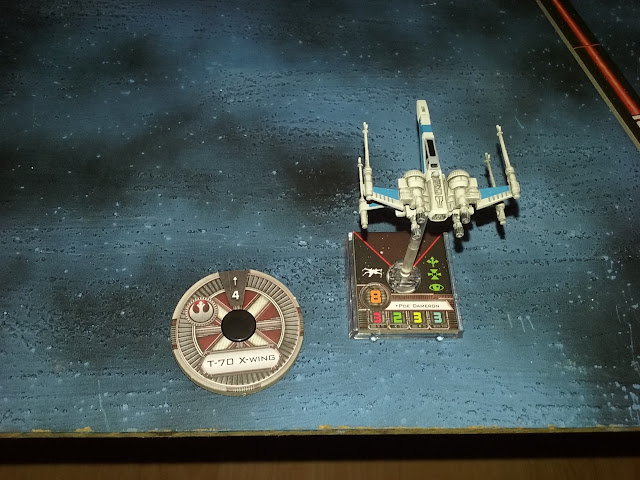 If you have not played before, you take your dial secretly select your manoeuvre and place it face down. when it is your turn you flip it over. 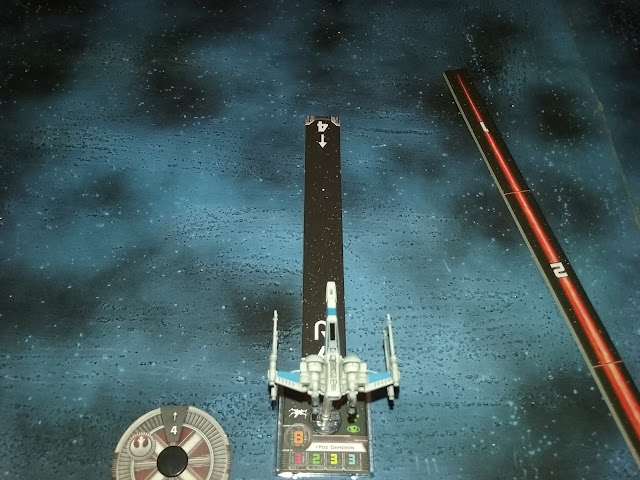 Then take the corresponding template for and place it in front of the ship, 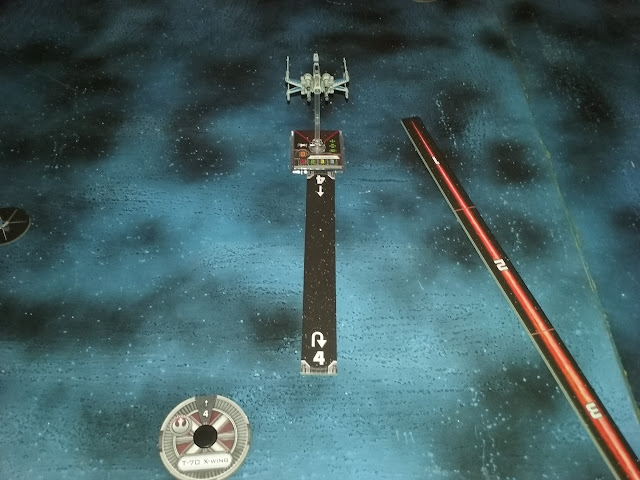 Then move the ship to the other end of the template. that's the basics. 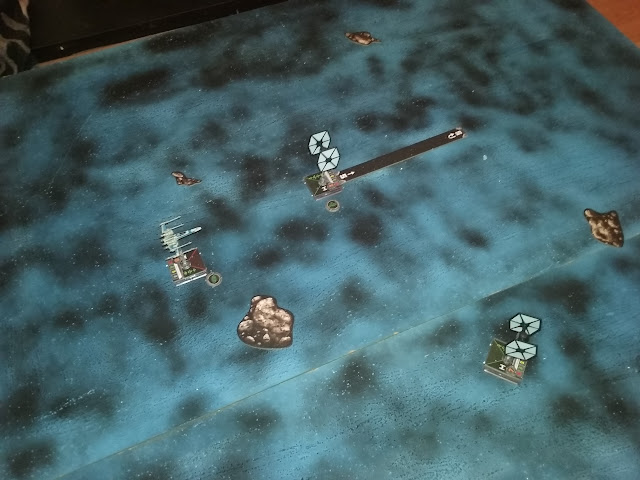 A fights coming in the centre of the board. 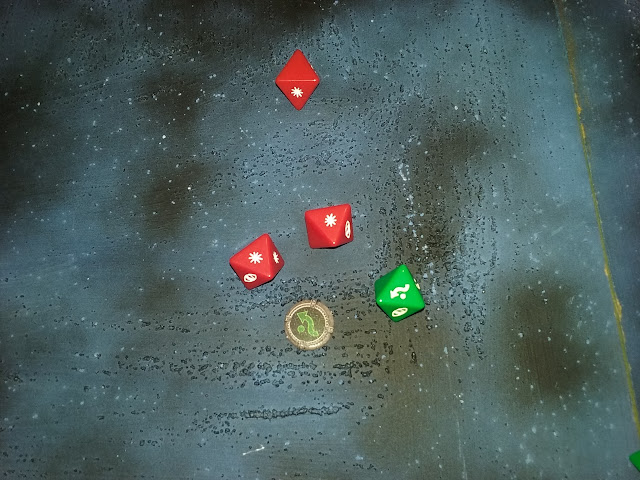 The first salvo from Dameron was evaded by the TIE, but return fire from him knocked a shield from the T-70. 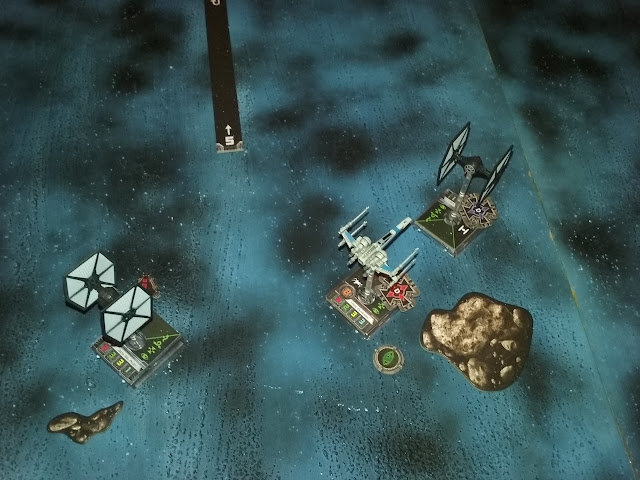 The Zeta pilot pulls a K- turn to reverse direction, but its a red manouver so he takes stress nd cant do an action, Dameron and Omega Ace si nose to nose. 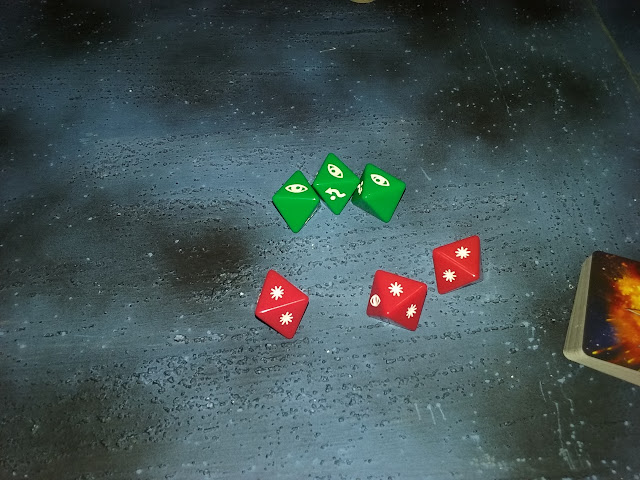 Dameron lights him up, with three hits, leaving him with only one hull point left.   if only omega ace had a focus!  Omega aces return fire strips another shield. 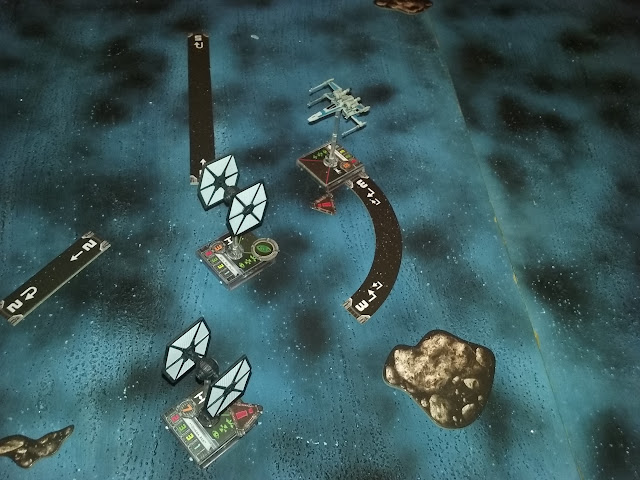 Omega Ace K turns, and the Zeta pilot swings forward with a green manouver to clear his stress and takes a focus faction.  Dameron does a Talon roll to face the Zeta pilot. And strips a shield from the Zeta pilot 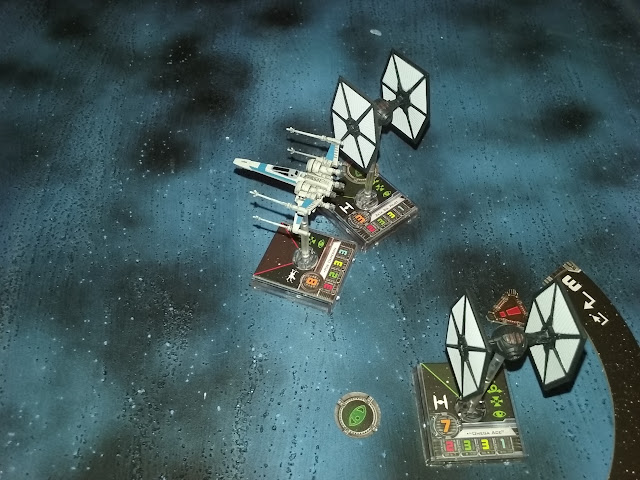 Omega ace slips in behind Dameron, but only does one damage 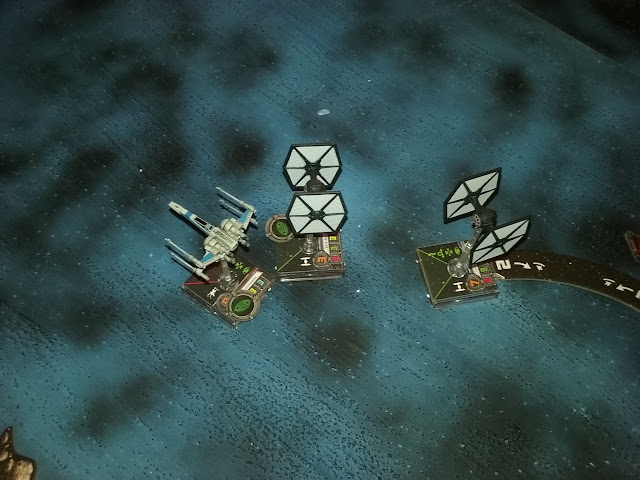 The last turn shows the two TIEs tailing Dameron, Omega ace fires but is evaded, but Zeta pilot fires for 3  hits and Dameron is destroyed.

The First Order forces though heavily damaged returned to base having downed one of the Resistance Aces.

Its still a great fun game, ans there are plenty of options to go through from the starter set

If you want to learn more about the starter set  then head here to take a look and find out where to grab your own copy of it.