Playing from the Starter set of Armada it suggest fleet building of 180 points so you can add in some extras.  One thing you Require is an Admiral on a flagship, which takes up a bit of points, then any add-ons that can fit on the ship.  Lets see what we can do with 180 points..... 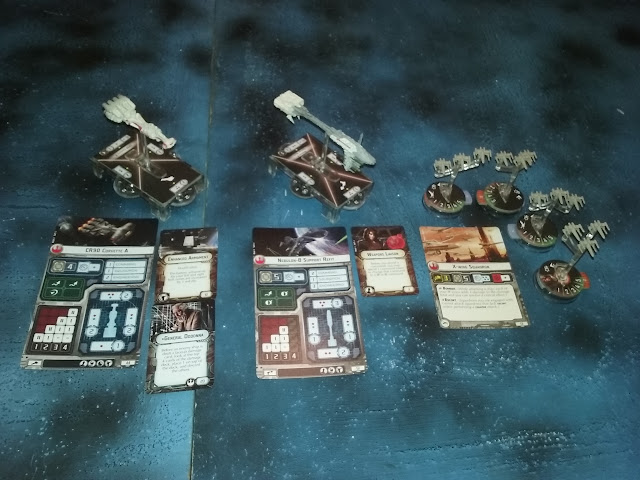 The Rebel Fleet is small in the starter, 2 ships, but each has 2 different variants, so its finding the right ones and upgrades.  Lets look at our flagship first..... 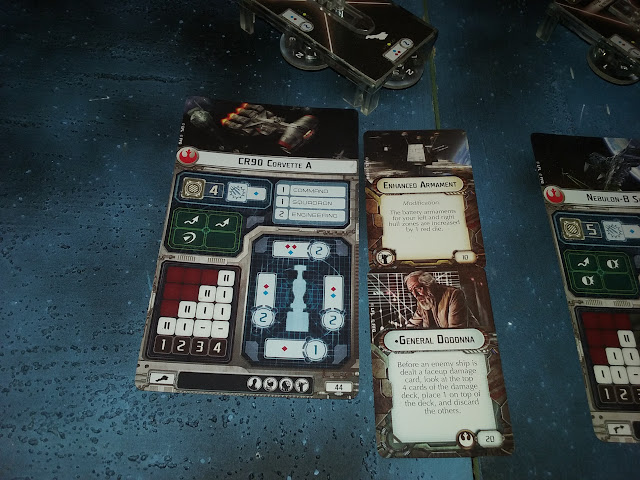 The Flagship of the fleet is the CR90 Corvette A.  It adds some extra long range firepower to the front.  This ship will have our Admiral General Dodonna on it.  His ability allows you to choose your critical a bit more.  You look at the top 4 critical damage cards, and pick one, so you can try and get that card that will have the best effect dependant on your situation.  Enhanced Armaments add an extra red dice to the broadsides of the ship.  This ship is fast, and very nimble, it will be used to flank, and try and get behind the enemy forces where its stronger side shields (compared to the Nebulon-B should help it.  It is manoeuvrable enough to stay on the tail of a Star Destroyer, and with the Enhanced Armaments, you can position your ship so front and side arcs are both firing to cause maximum havoc. 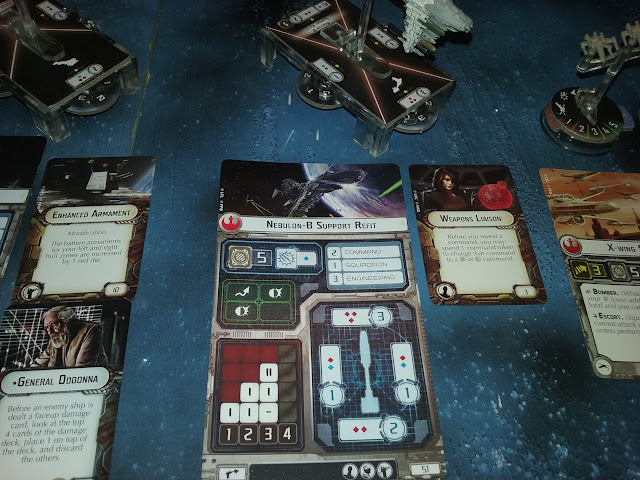 Whilst the CR90 is lurking and flanking, the Nebulon-B will be presenting its front arc and laying down as much fire as it can.  Concentrating on repair (you will need it this ship is fragile) or manoeuvre commands to survive and position your self if possible out of the enemies main battery arc, but still pointing your nose at them will be the priority.  Weapons Liaison will let you convert that dial when you need to concentrate your fire and launch an extra dice, or to get a squadron into position. 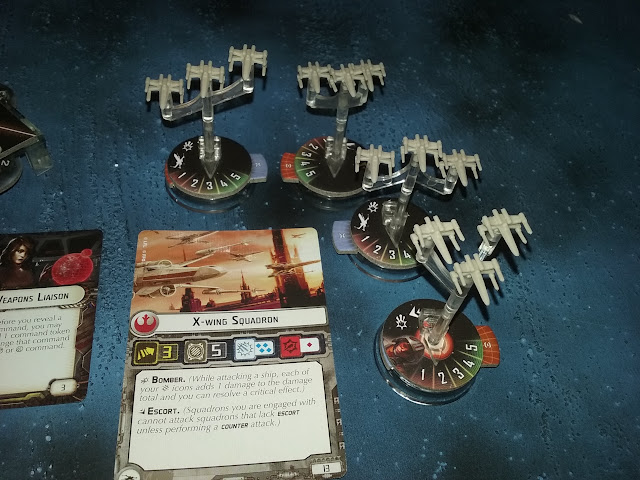 Rounding out the fleet is 4 squadrons of X-Wings these fighters have the Bomber rule so their critical hits can effect ships.  Good firepower and solid hitpoints means these are a great all rounder choice, they can go hunting TIE fighters, and with better hit points and firepower they should come out on top in a one on one engagement.  I tend to run them in pairs, take down the enemy fighters where possible, then use the bomber role to close in on the enemy ships and pour fire into them.

Take a look at some of the other cards and how to get the game here, and take a look at the ships in battle here