As a youngling I had the toy of Slave 1, and I have to say it was great fun to play with, flying it with the handle playing all those great Star Wars moments.  In fact for a character and ship that was not in the trilogy very much, Slave 1 and Boba Fett where was certainly a favourite of mine, and a lot of others!

So the chance to bring that ship to the table in the X-Wing game could not be missed.  So whats in the box? read on to see. 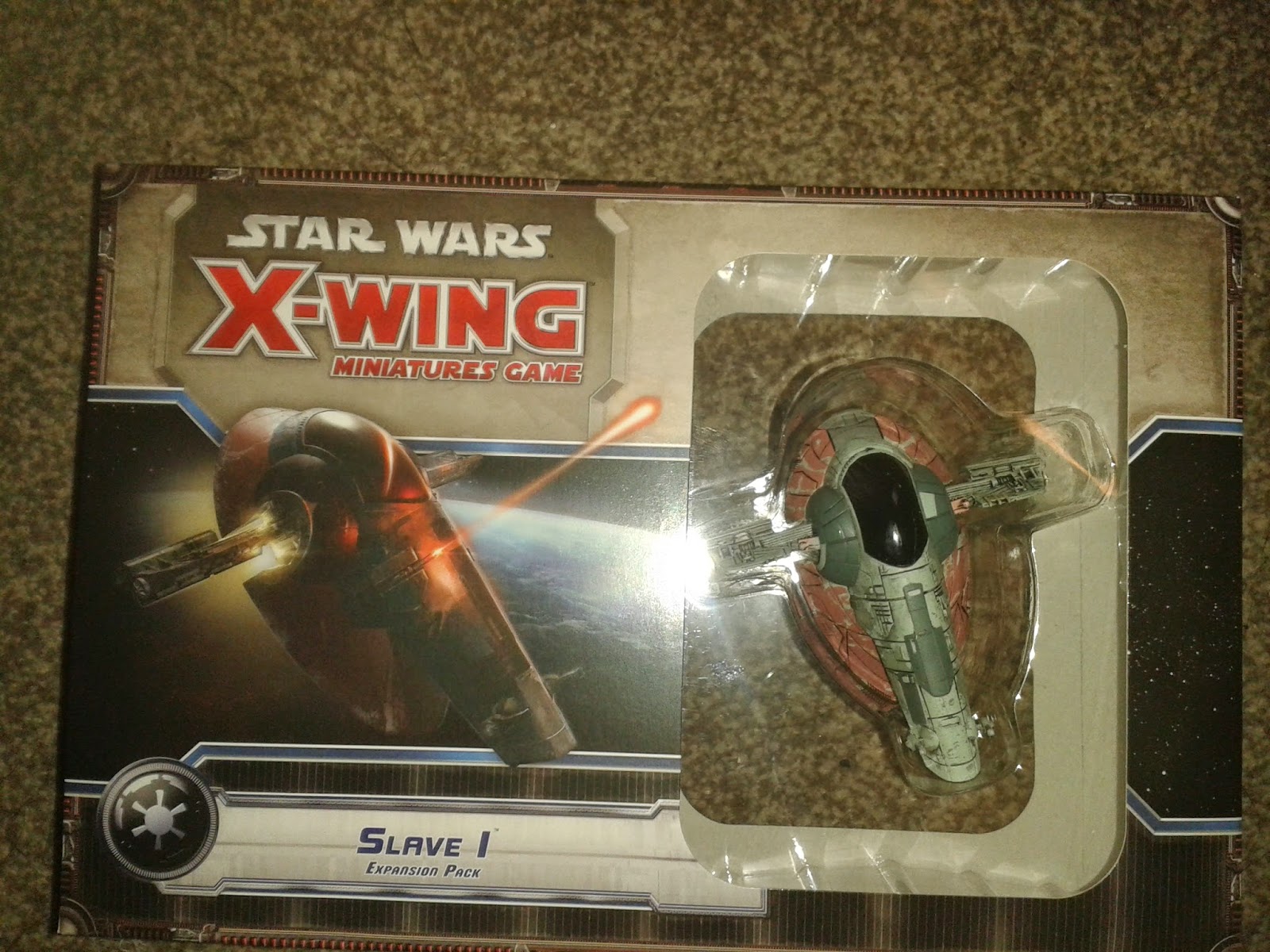 It comes in the ususal high quality packaging, with a nice see through back and front to see the details on the ship.  It is smaller then the Falcon we looked at early, but then it is in scale, as all the Xwing minis (except the epic scale ships of the transport and tantive) are all in 1/270 scale. 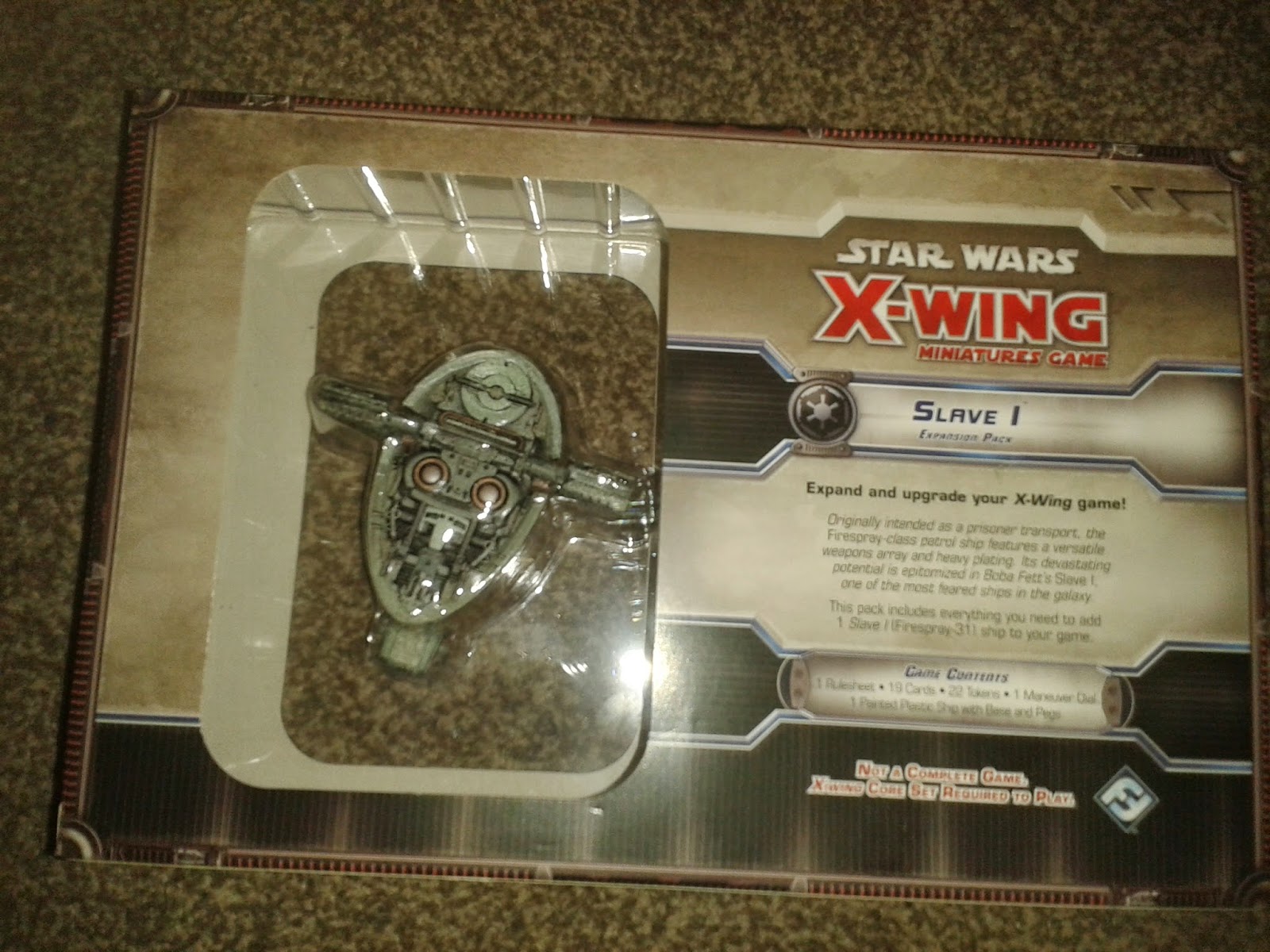 When you open the box you slide out the firespray model (Slave 1 is the name of Fetts ship not the class  of ship.) It comes in its own protective packing to keep it in, 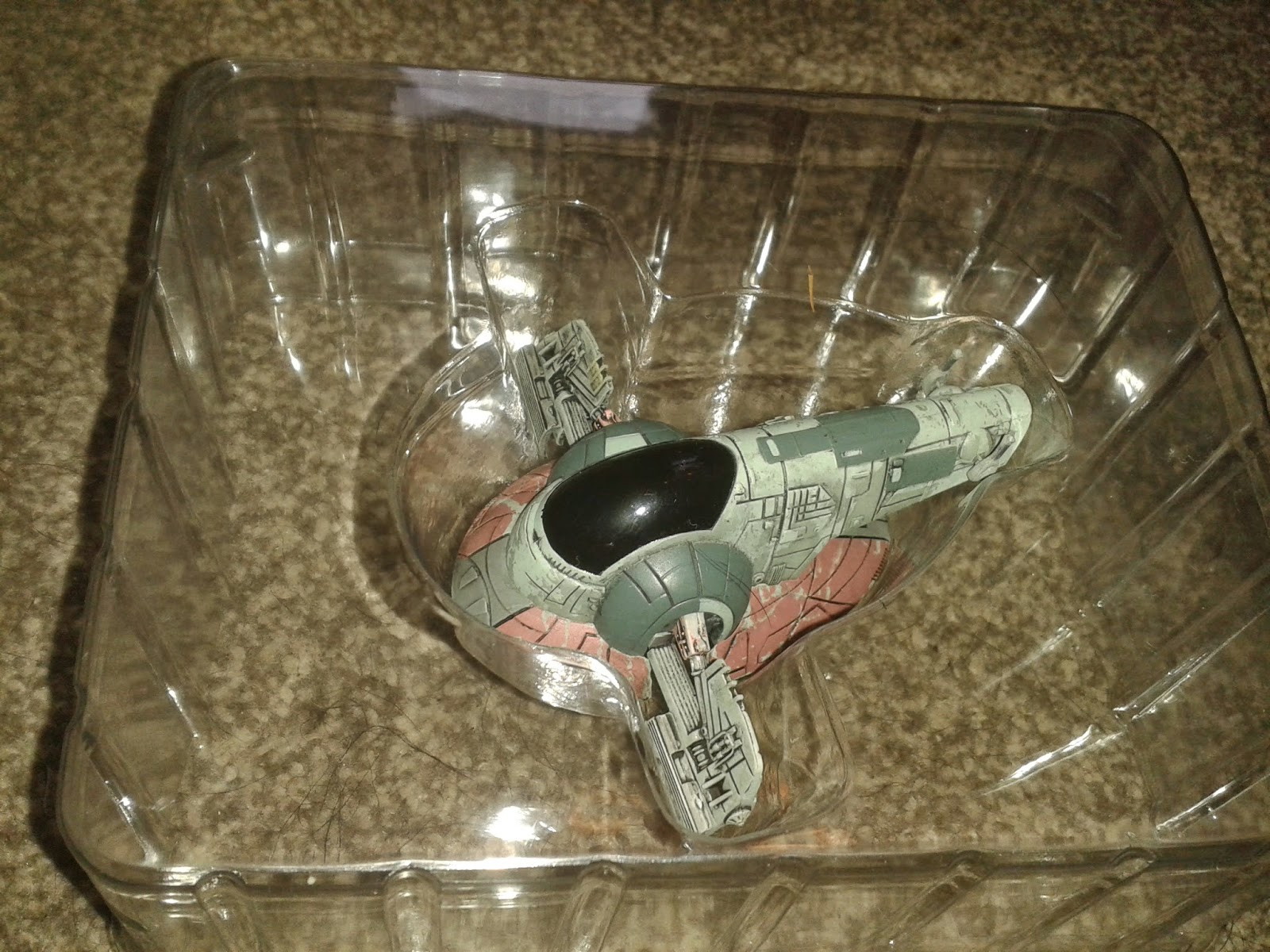 In the other side of the box is the usual card box with the other parts in it. 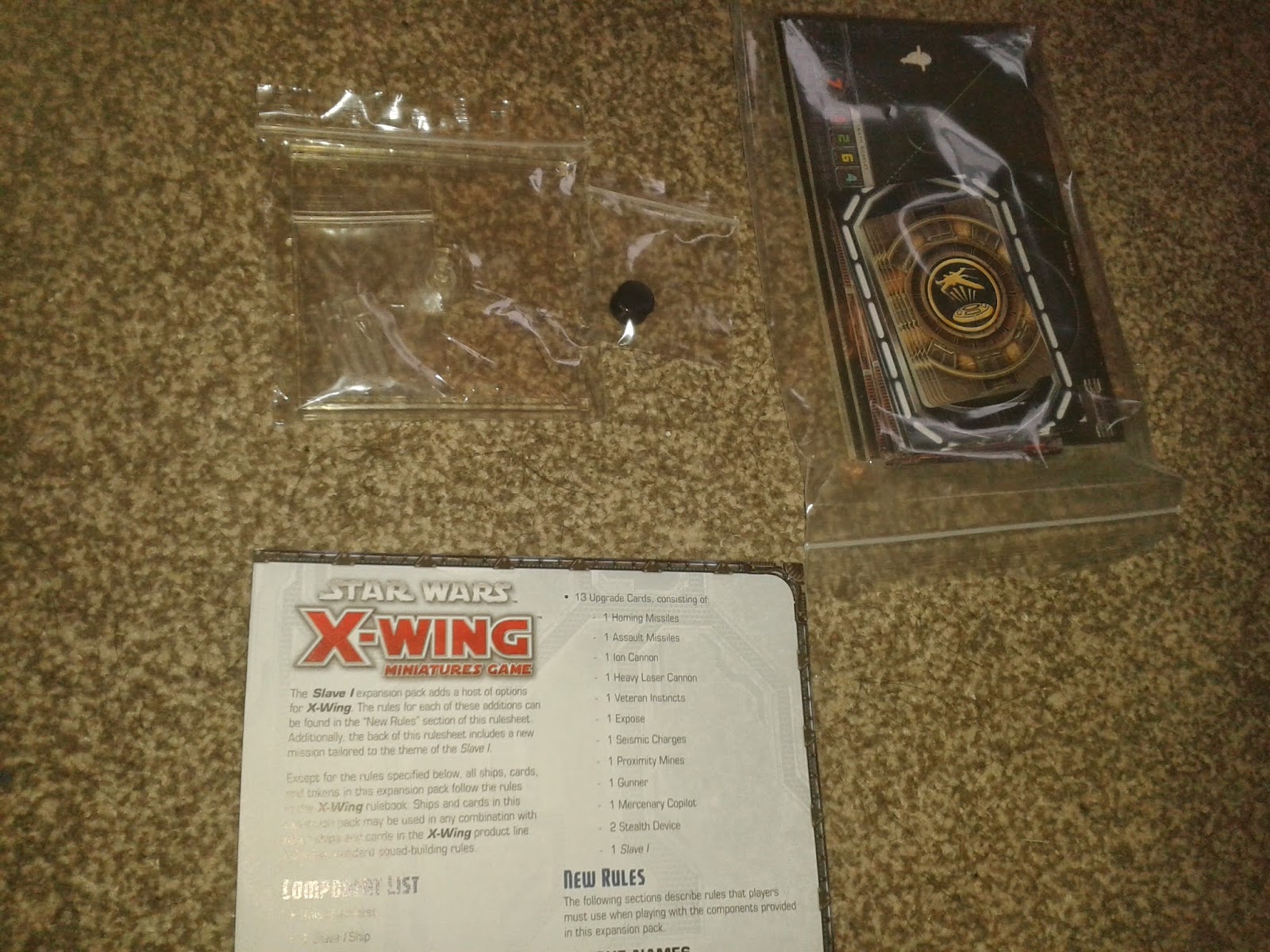 An insert sheet, the base and flight stand, plastic nub for the dial, and a pack of tokens and cards. 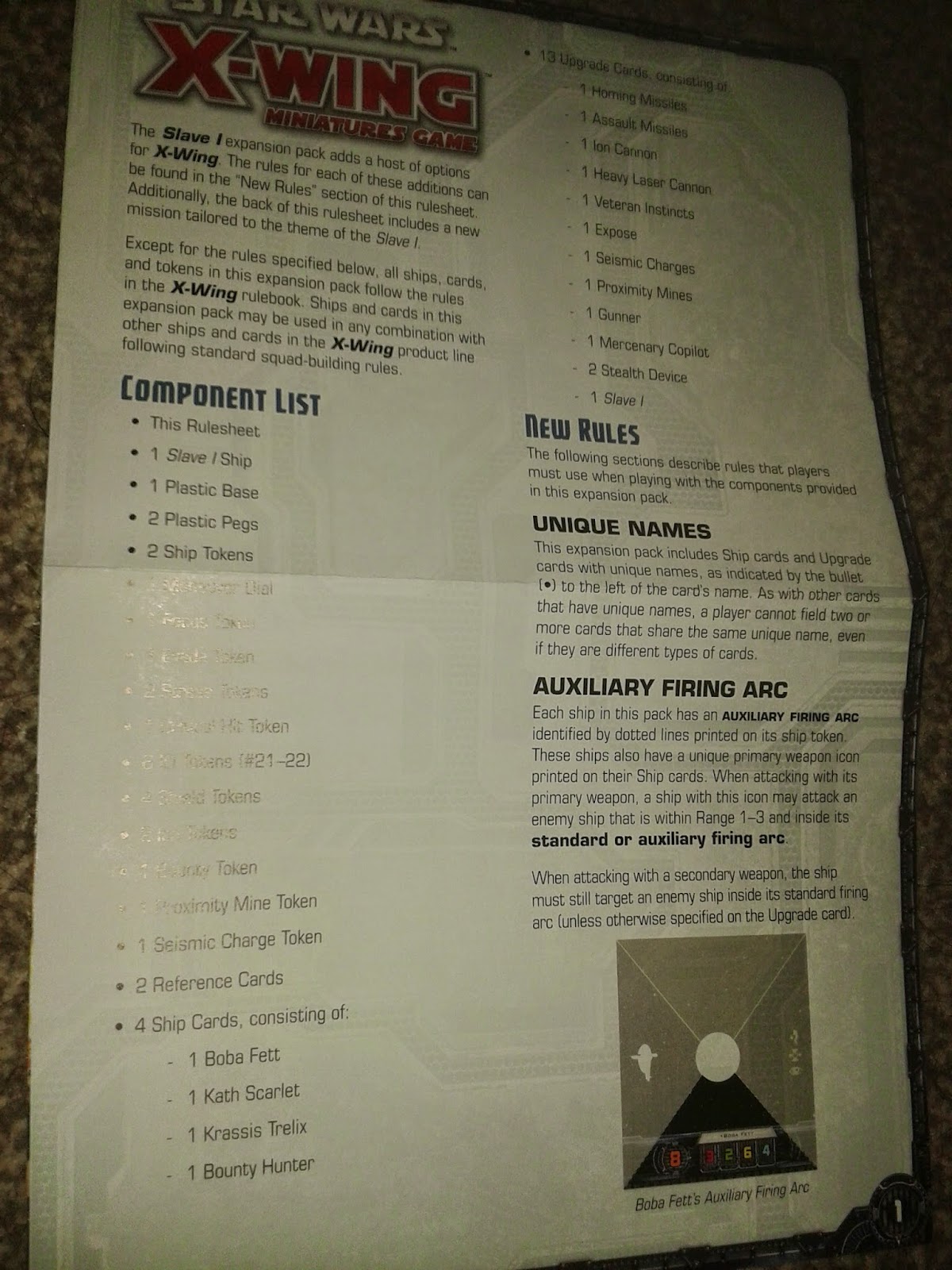 The upgrade sheet gives the new rules for the model 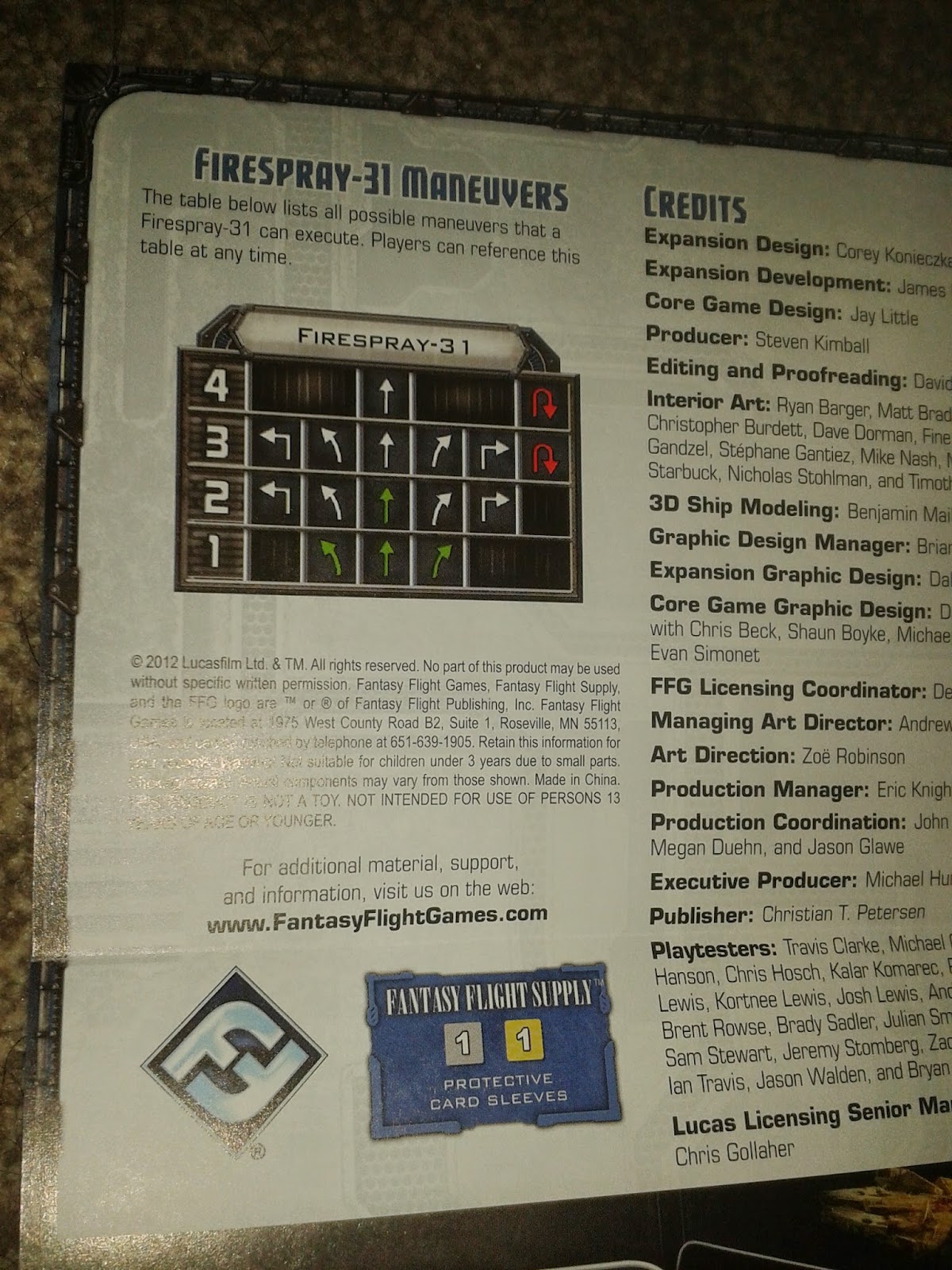 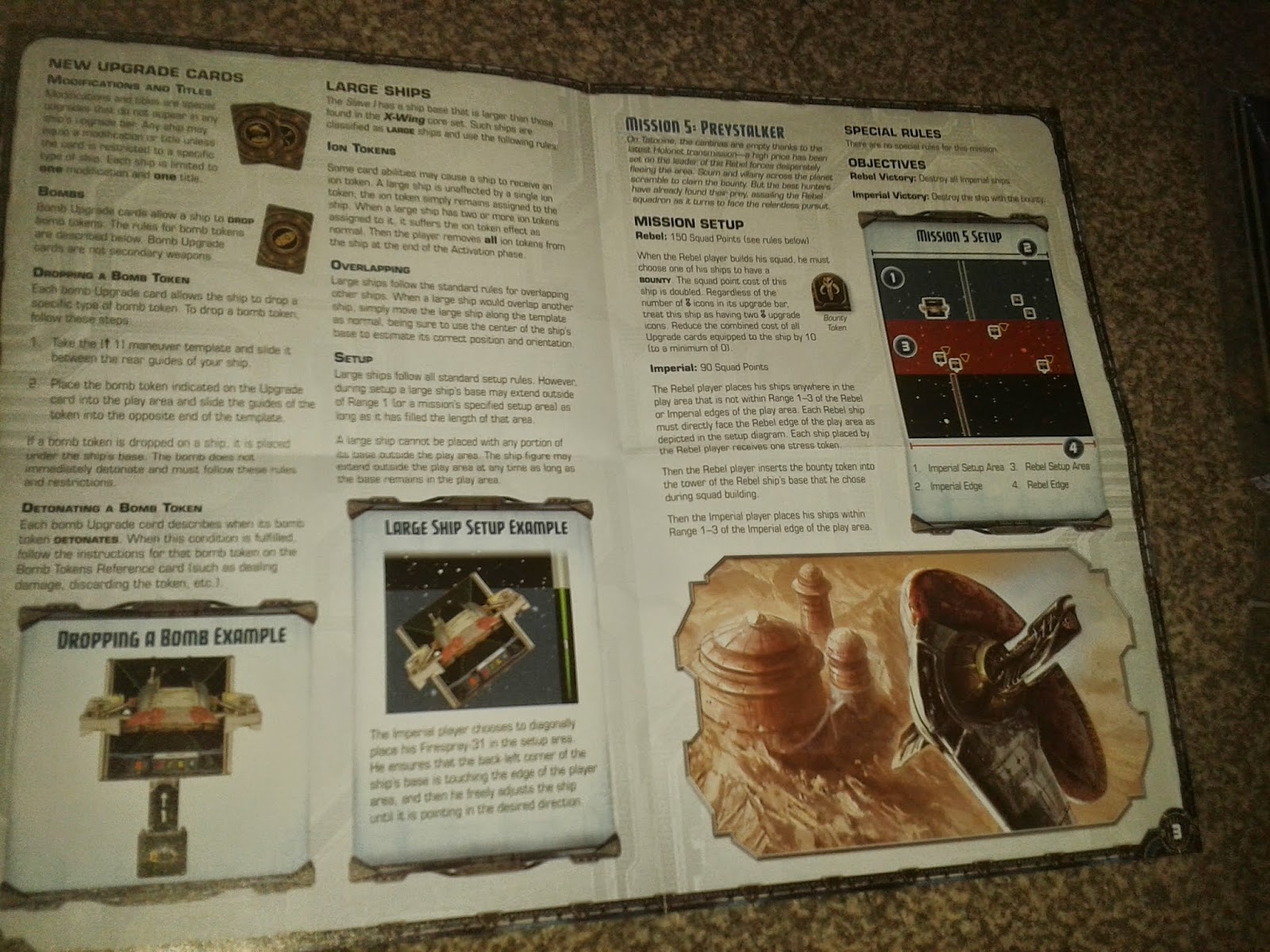 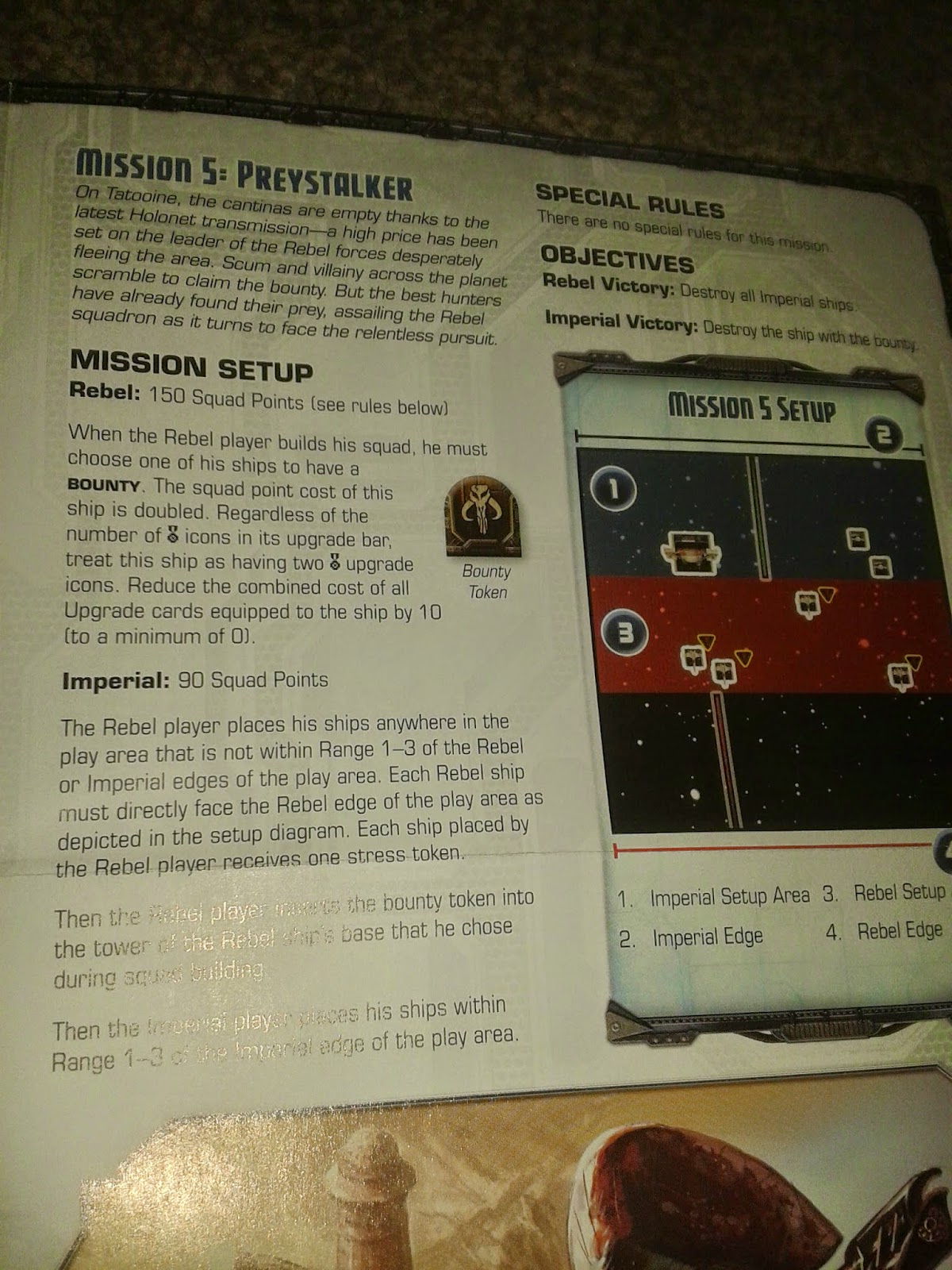 And has another mission in it.  I have to say this mission looks awesome! I cant wait to try this one. 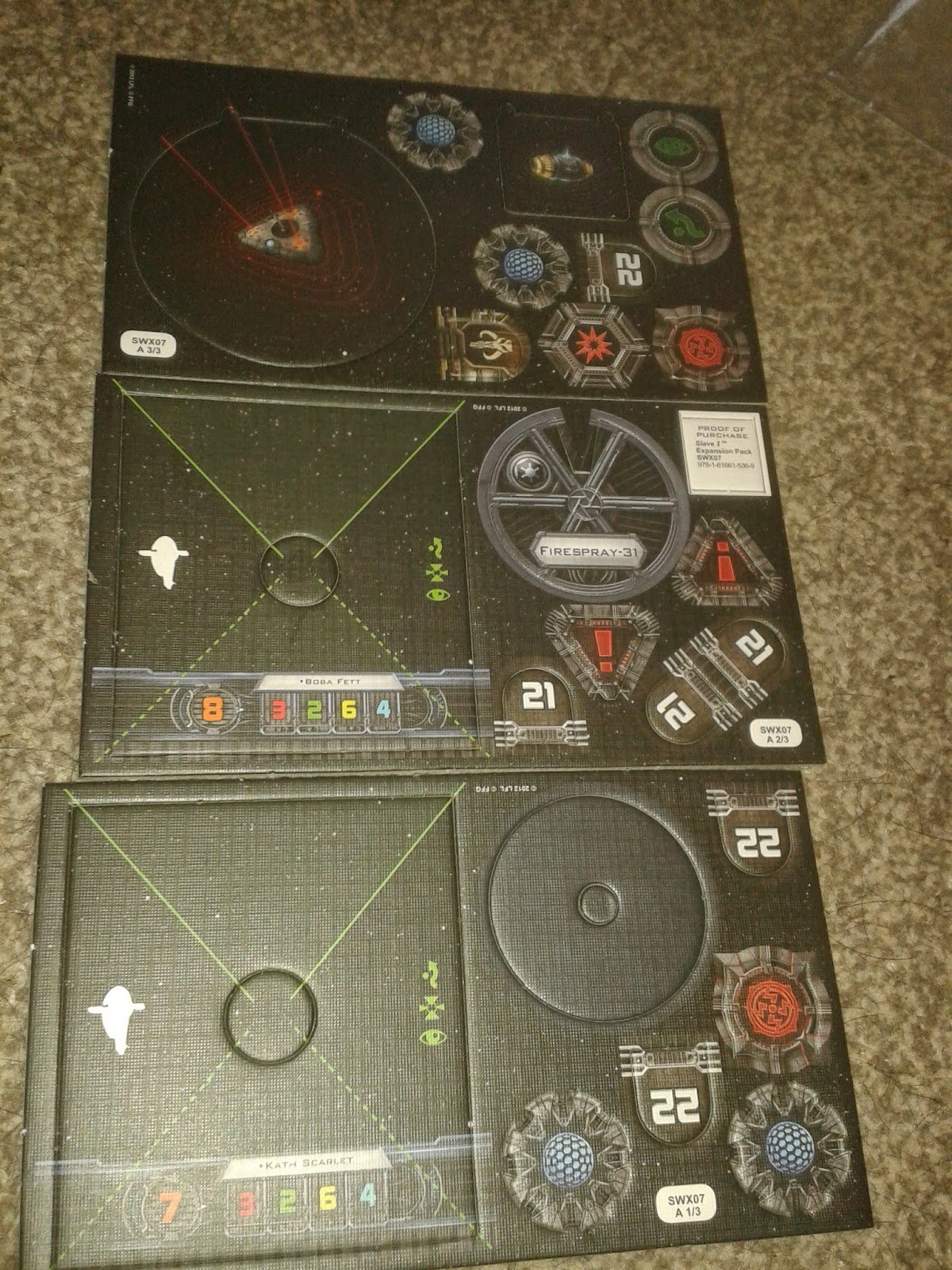 All the card tokens, and dials, look at that big proximinity mine token at the top.. that thing looks fun! 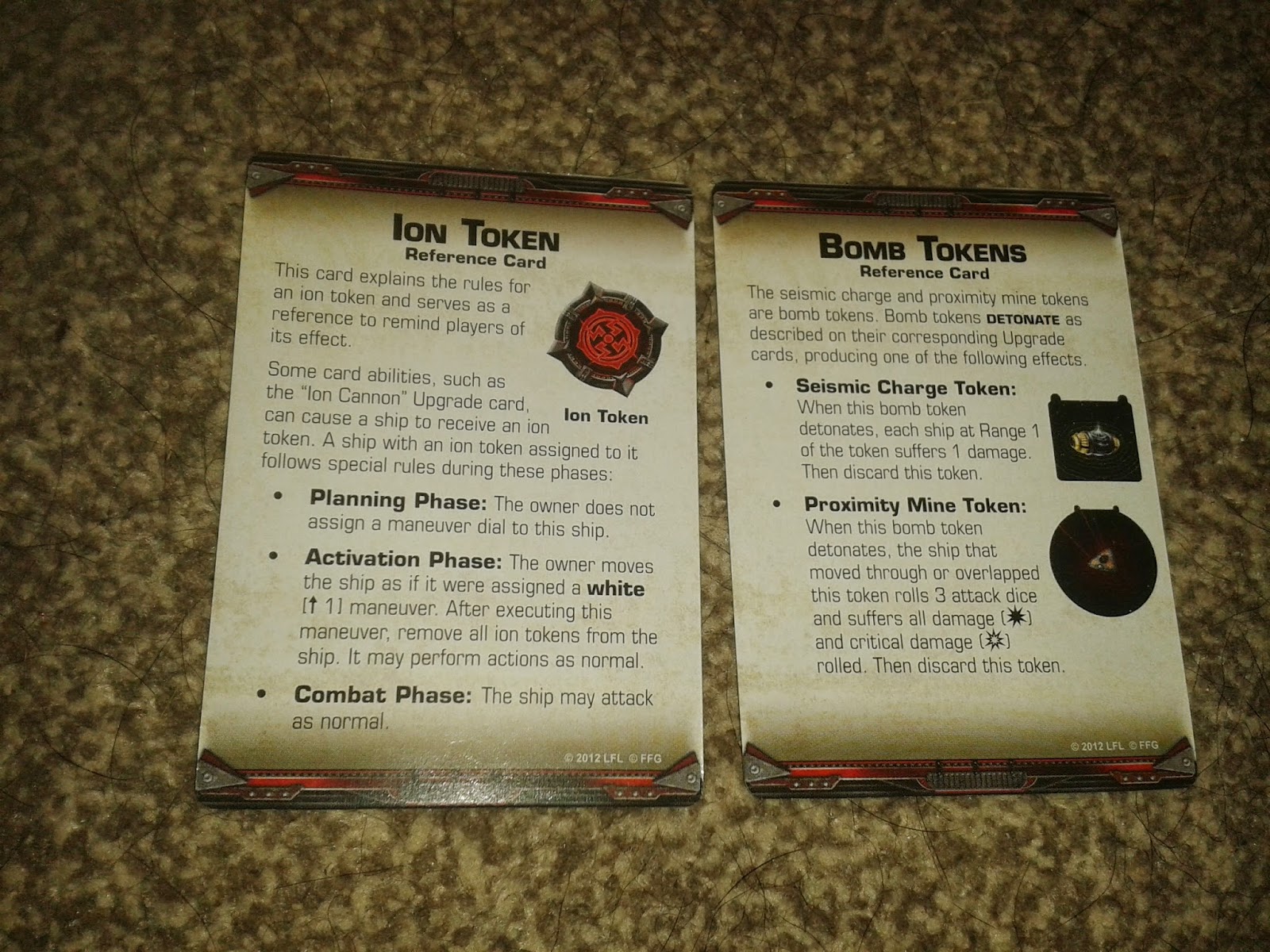 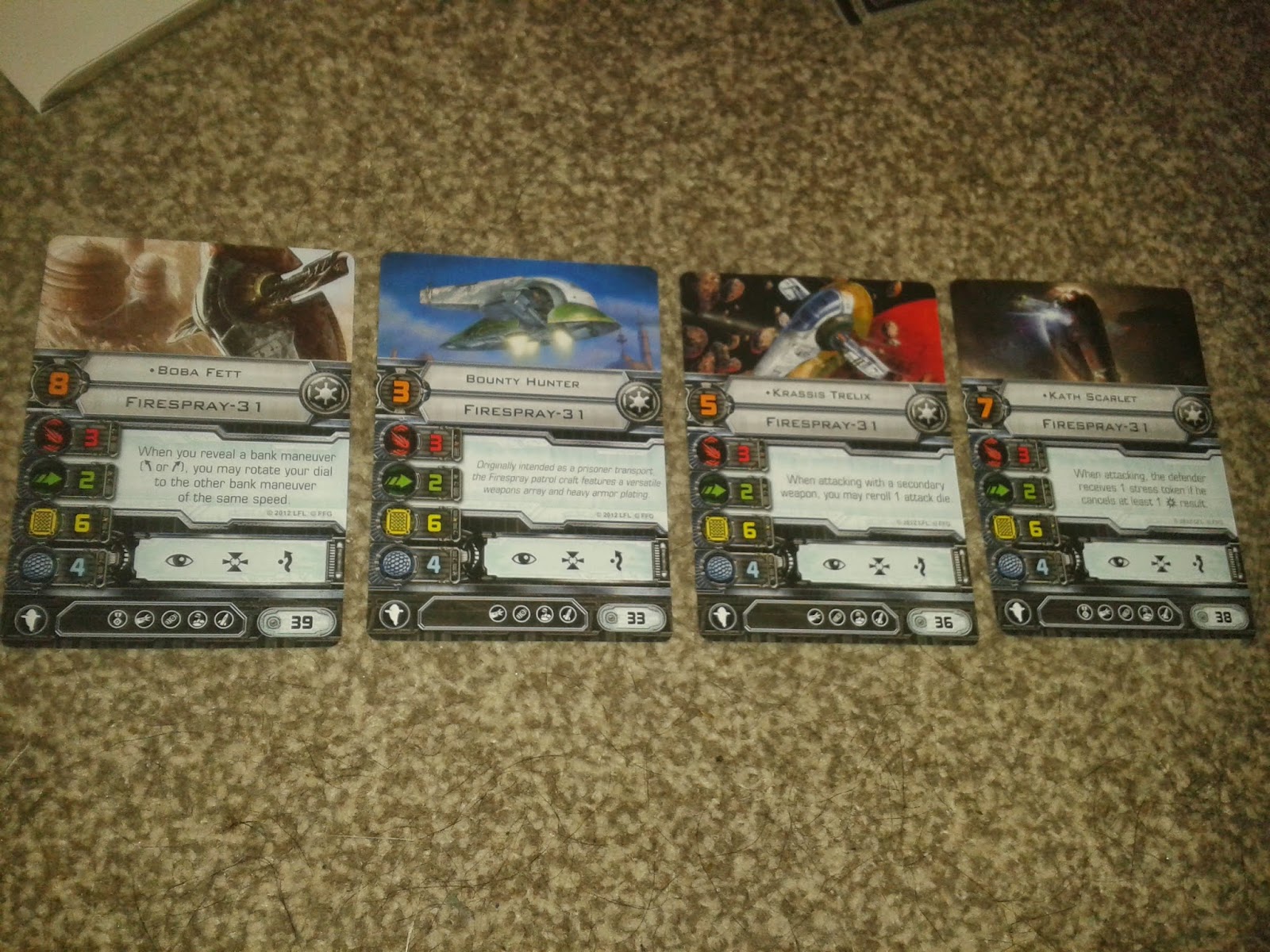 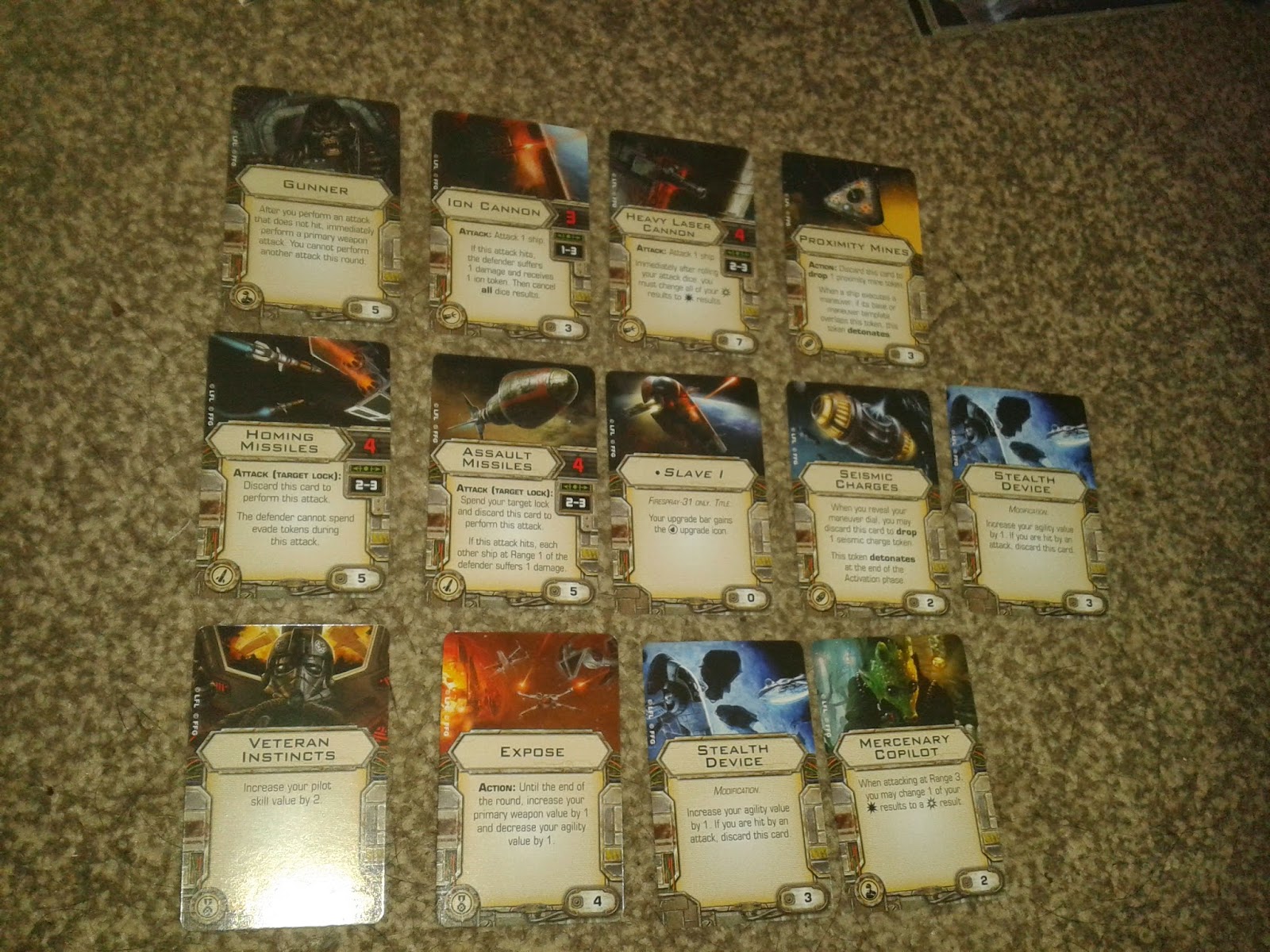 A whole load of upgrade cards including the Slave 1 title upgrade card, bombs, mines and missiles It's a stunning model on its stand. 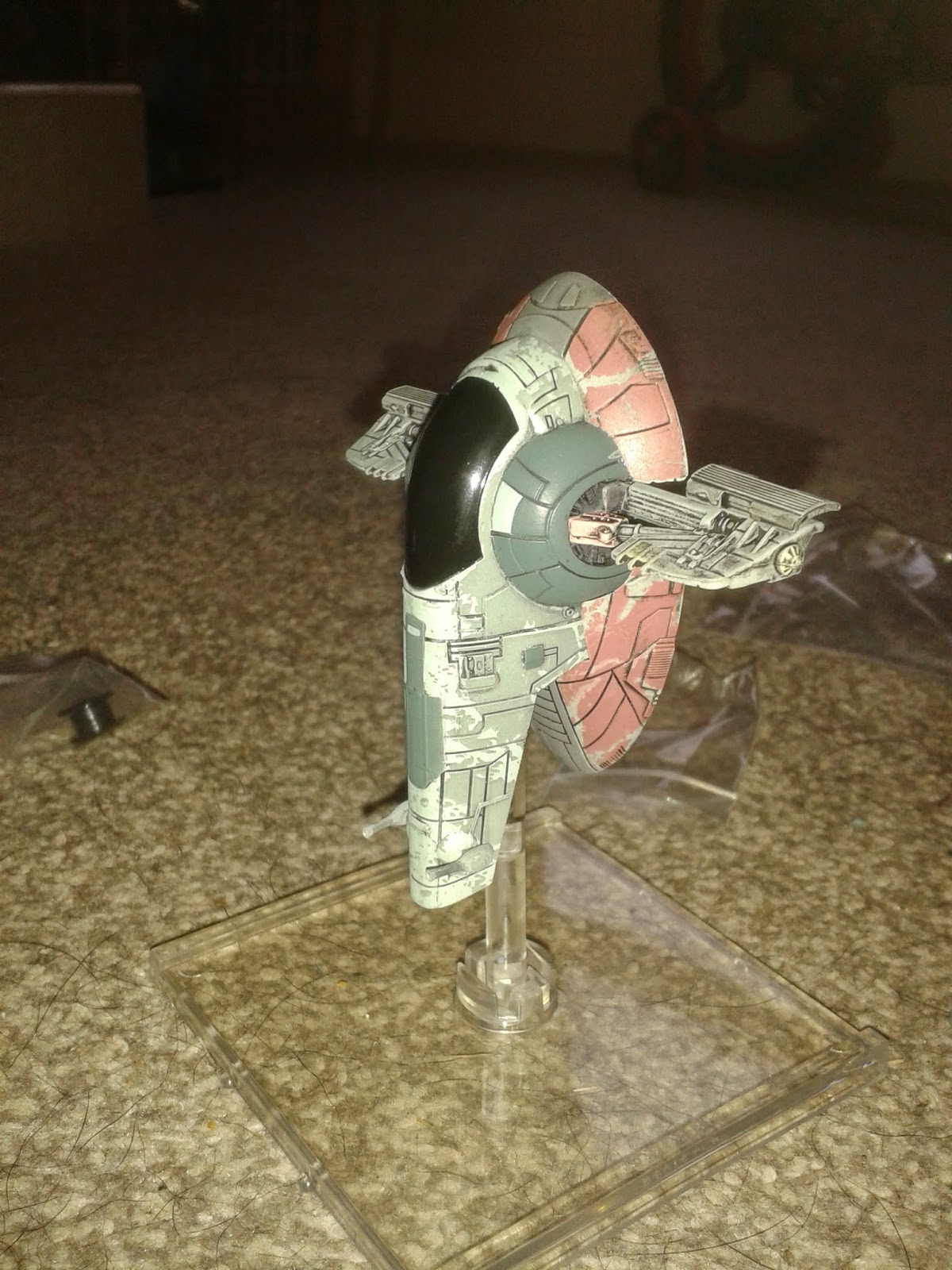 Menacing looking! I can't wait to bring this beast out on the table to challenge the Rebels that my daughter runs!
Labels: Fantasy Flight Games Star Wars