I got to break out the Xwing toys and have a game against my best buddy Scott.  Having mostly been playing Imperials, I decided to stick with them, and try a slight variant of a list I enjoy.  I had no idea what Scott was taking apart from it was Rebel. 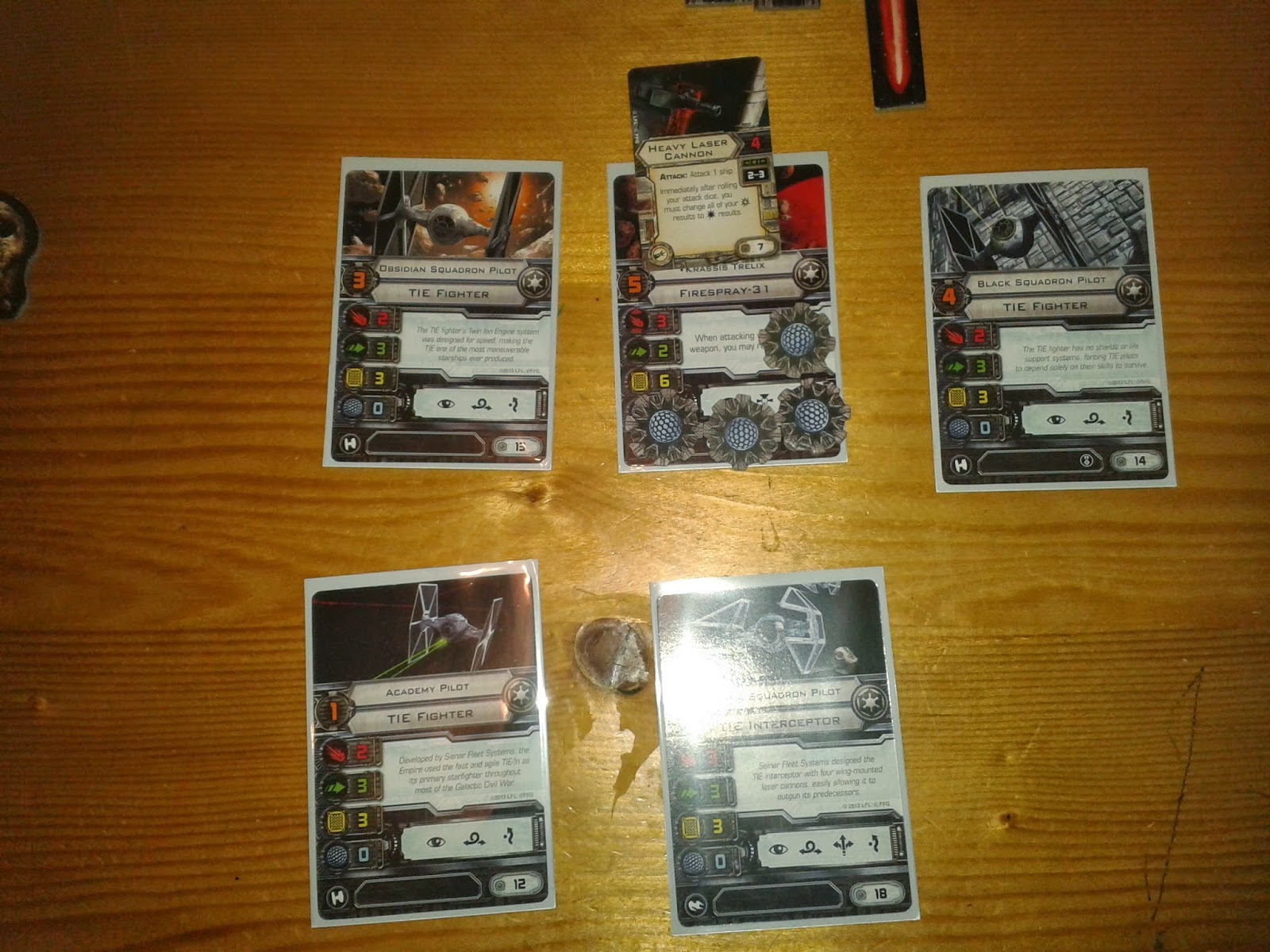 So this is what I ended up taking.... 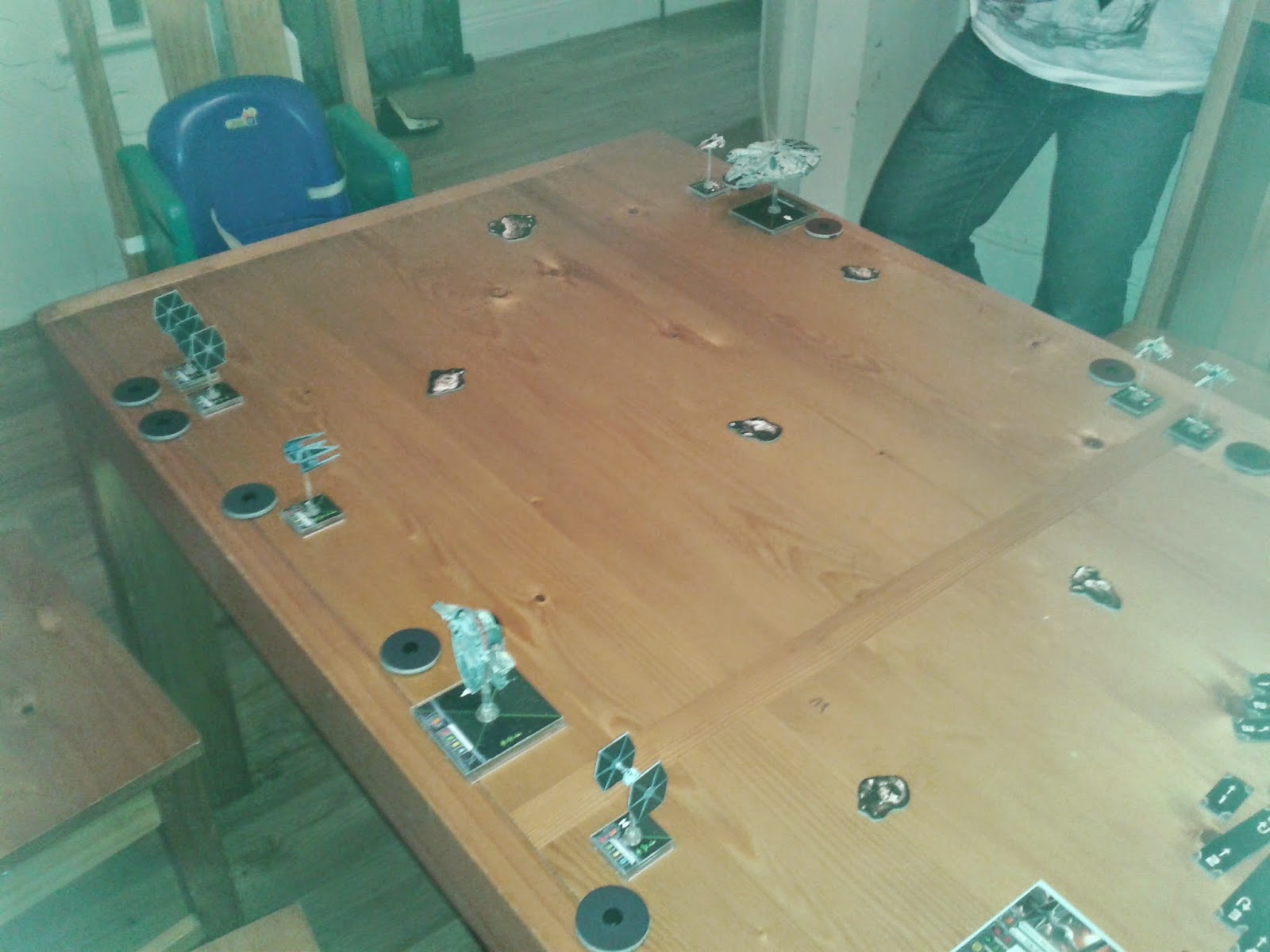 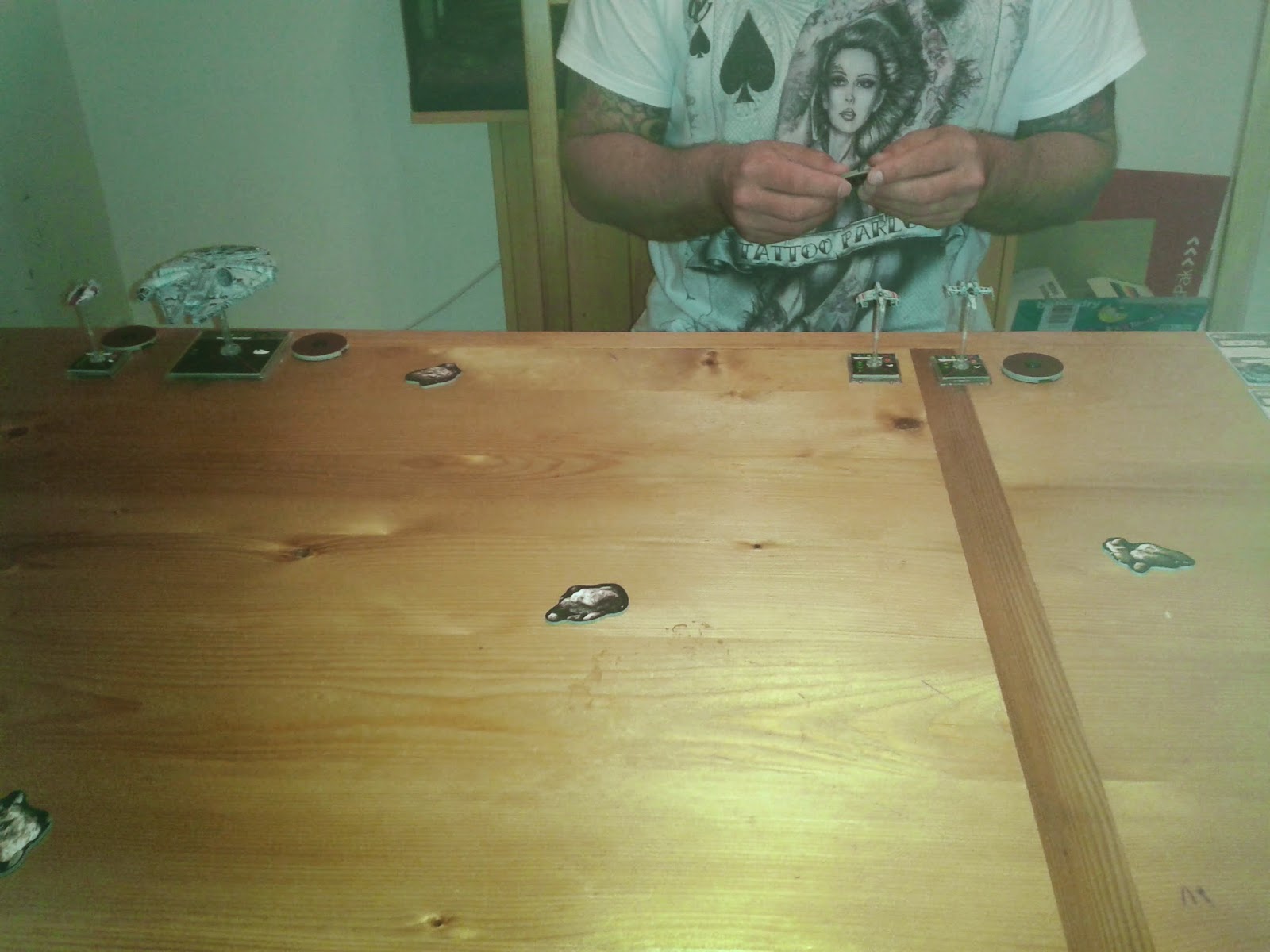 deep in tactical though on where to engage the enemy 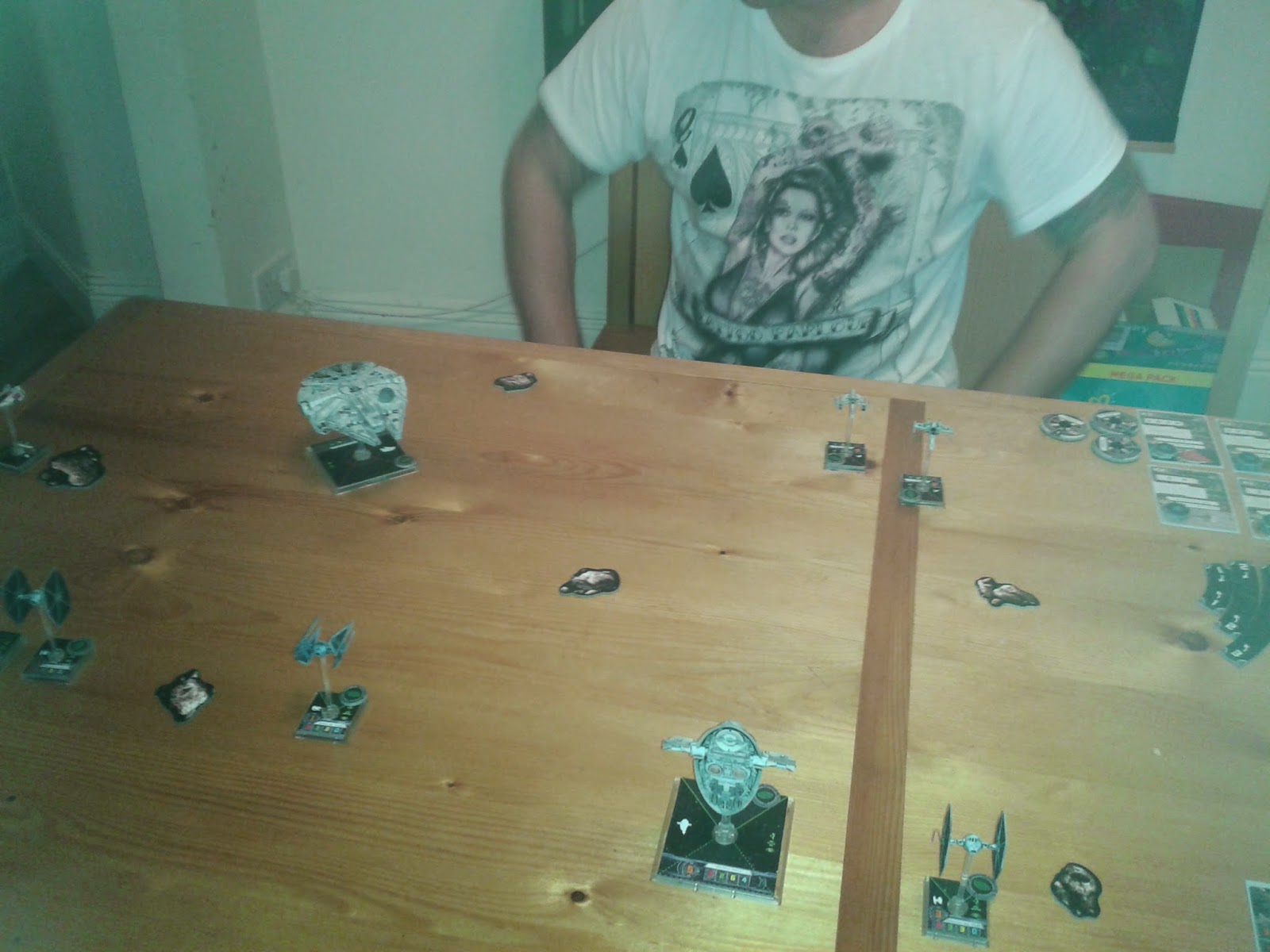 moving slowly and testing each other out 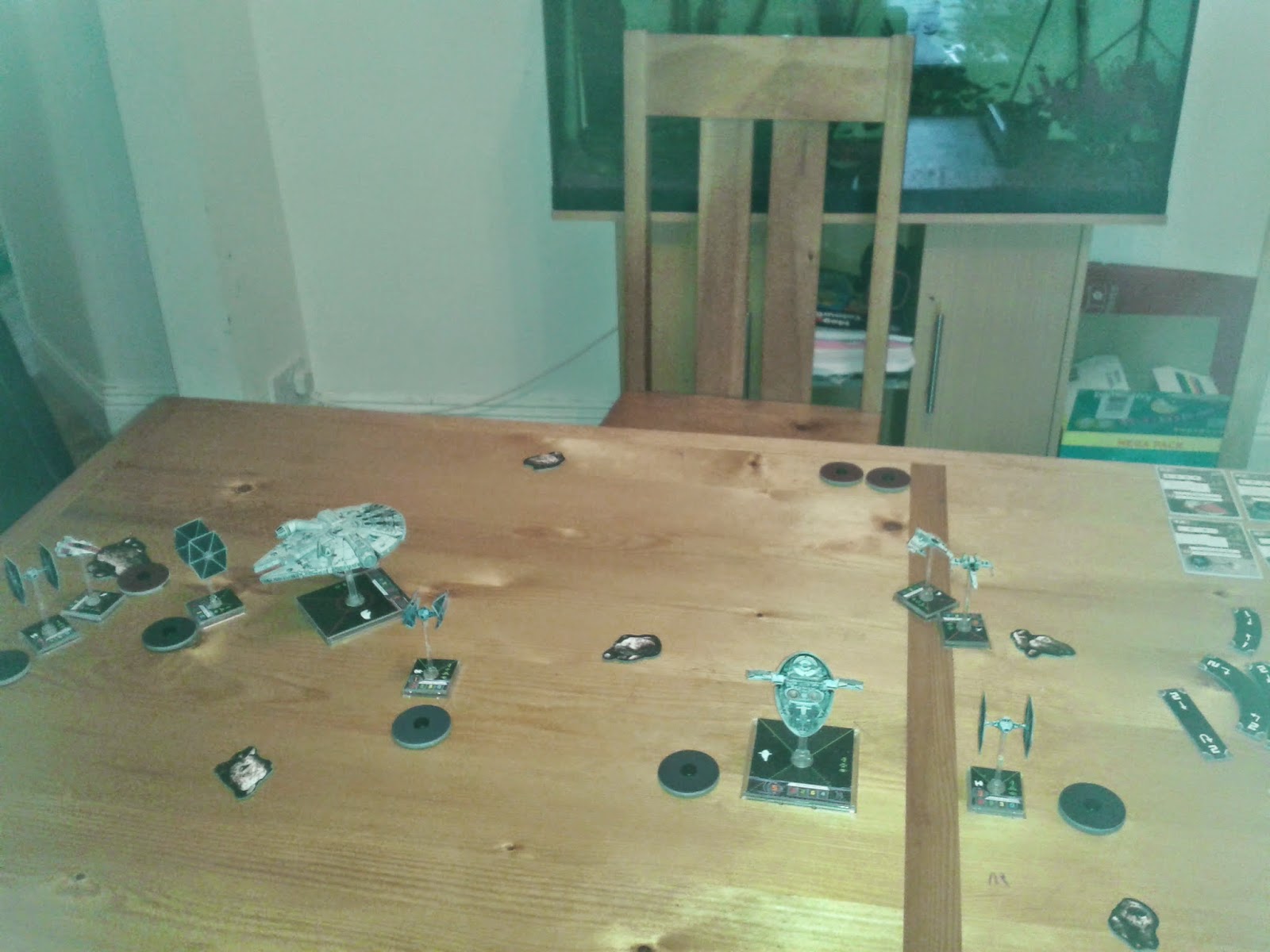 It was a great game, I actually forgot to take any more pictures I know shame on me, but it was a pair of big furballs each side of the battlefield, the imperials lost the Black squadron TIE, the rebels elected to have Corran Horn as the only surviving pilot jump out after the rest of the fleet was destroyed.
To be fair, the dice did desert Scott and rolled strong for me.  Was a super fun game though, next time we play will have to take more pictures for a better story for ye guys.
Thoughts I took away? I love interceptors!!!