We have all played Charades, usually with forced to with semi-drunken family members at Christmas or Parties.  Always coming up with some obscure books or films that no one else has ever heard of, and it is no fun.  Disney Charades from Asmodee games looks to change that. 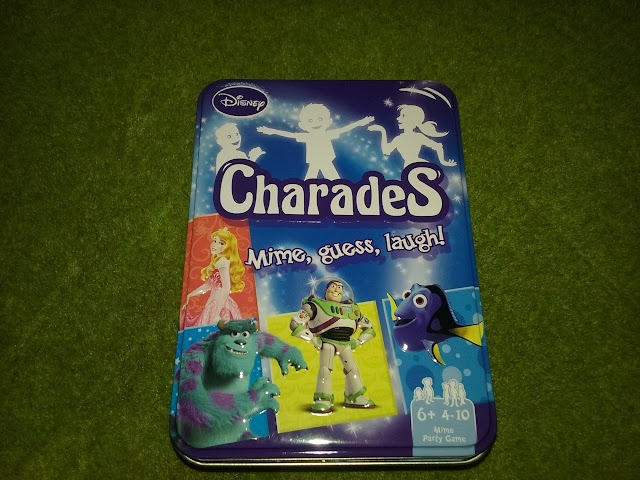 It plays from 4-10 players and ages 6 and up, which is feel is accurate.  So what is in the box and how does it play? 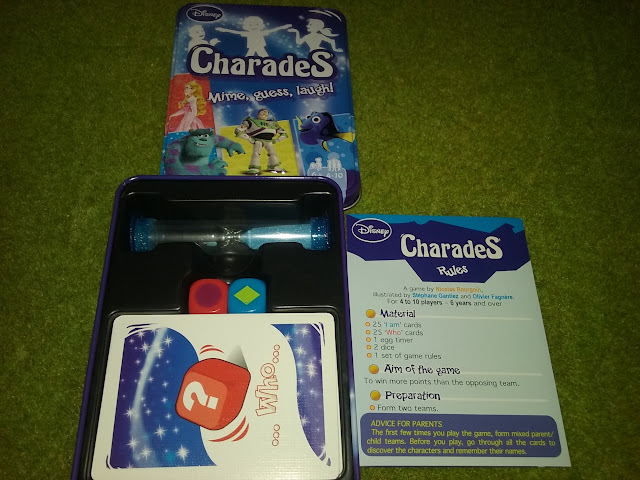 The box is nice and compact, with all you need inside with good storage in box. 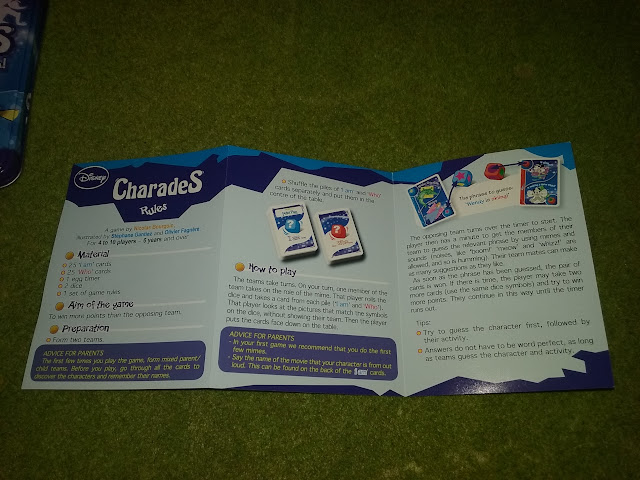 You get a small rules pamphlet that give you the rules, and some game variants to try. 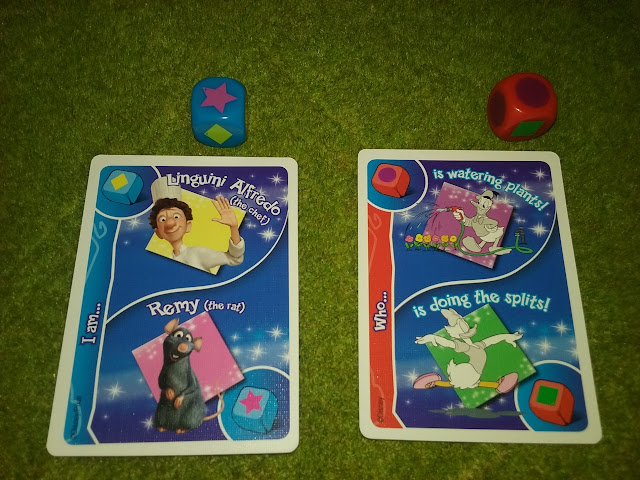 You have two decks of cards, a "I am" deck, and a "Who" deck.  The overall aim of the game is to score more points then the opposing team.  On your turn one member of the team takes on the role of the mime who will act it out.  You draw an "I am" card and a "Who" card,  then role an "I am" dice which is blue matching the symbols on the card, and a "Who" dice matching the symbols on its corresponding card.  In the Example above you must mime Remy the Rat whilst watering plants.  The opposing team flips over the sand timer included in the box.  Your team then has a minute to guess by you using mimes and sounds, but of course not saying the words, you can even hum a theme tune.  If you guess both right you get a point for your team.  The game ends when all the cards are played and the team with the most points is the winner. 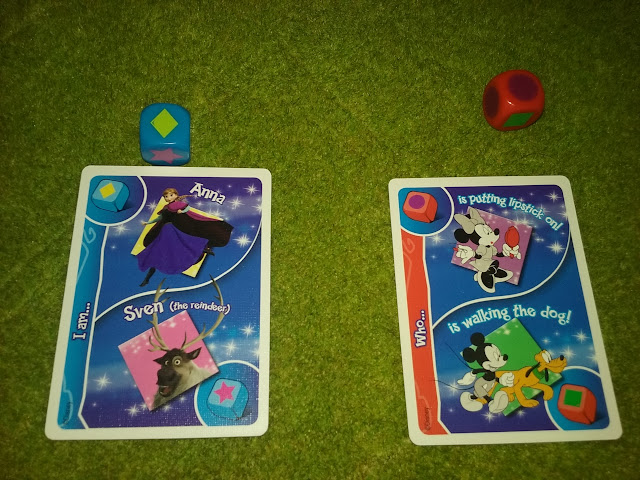 It features lots of classic, and new Disney characters.  In the example above the player would need to mime Anna putting lipstick on.  There are several variations like "Little Player" that allows you to change out one of your cards a turn.  "Pass it on" lets you shift your cards to the other team if you think you can not guess it, though if they do they earn 2 points instead of 1.  "Double or Quits" lets you decide to double your points if you think your team can guess it, but if they do not they lose a point so its a risk.  "Pressure Cooker Duel" speeds things up, you play a pair of cards each turn and flip the timer as soon as it is guessed correctly and passed back to the opposing team, so the faster you get it the less time the opponents have to guess.  "Relay Race" gets all the team involved on a turn by guessing then passing on to the next player until the timer runs out.  "An Actors Life for Me"  begins with one "I am" card, and a few of the "Who" Cards.  The symbols on the dice you have rolled show you what story you must act out including the actions, then the team guess a point for the first pair, then a point for each additional card. 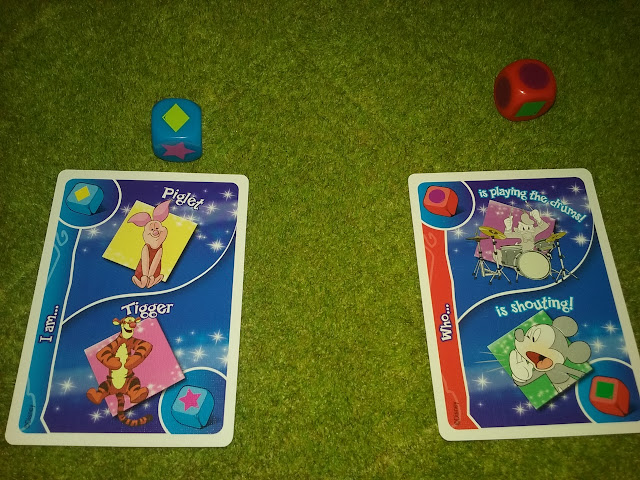 In this example you would have to act out Piglet playing the drums.  There are also a couple of variations that make it nice and easy for younger gamers too.  "Story Mode" lets the adults in the group take card and whisper to the children the instructions on how to act it out, with the adult confirming if the guesses are correct. "Theatre mode" allows the spectators to choose the cards and give them one by one to the child who is acting it out, whilst an adult plays the role of a narrator.
Its a good way to play charades as Disney is so ingrained into our culture there will be hardly anyone who hasn't heard of most of the characters involved making it nice and simple to play for all ages.
The variations add some nice replay value as well, and the combinations can make more available possibilities then you can do in even several sittings.
Its a great little family game that can be played at gatherings and parties, or just a night in together.
Olivia is looking forward to try this at Christmas and is already honing her skills.﻿

Disney Charades RRPs for £12.99, and you can pick it up on Amazon give it a try, if you have children they will adore it.﻿
Labels: Disney family games