As promised its time to look at the Imperial pilots that come in the Xwing miniatures core box.
I am a rebel player myself, but my daughter is a staunch Imperial player.

So whats in the box?

There are 6 different pilots in the set, 3 generic pilots and 3 named pilots. 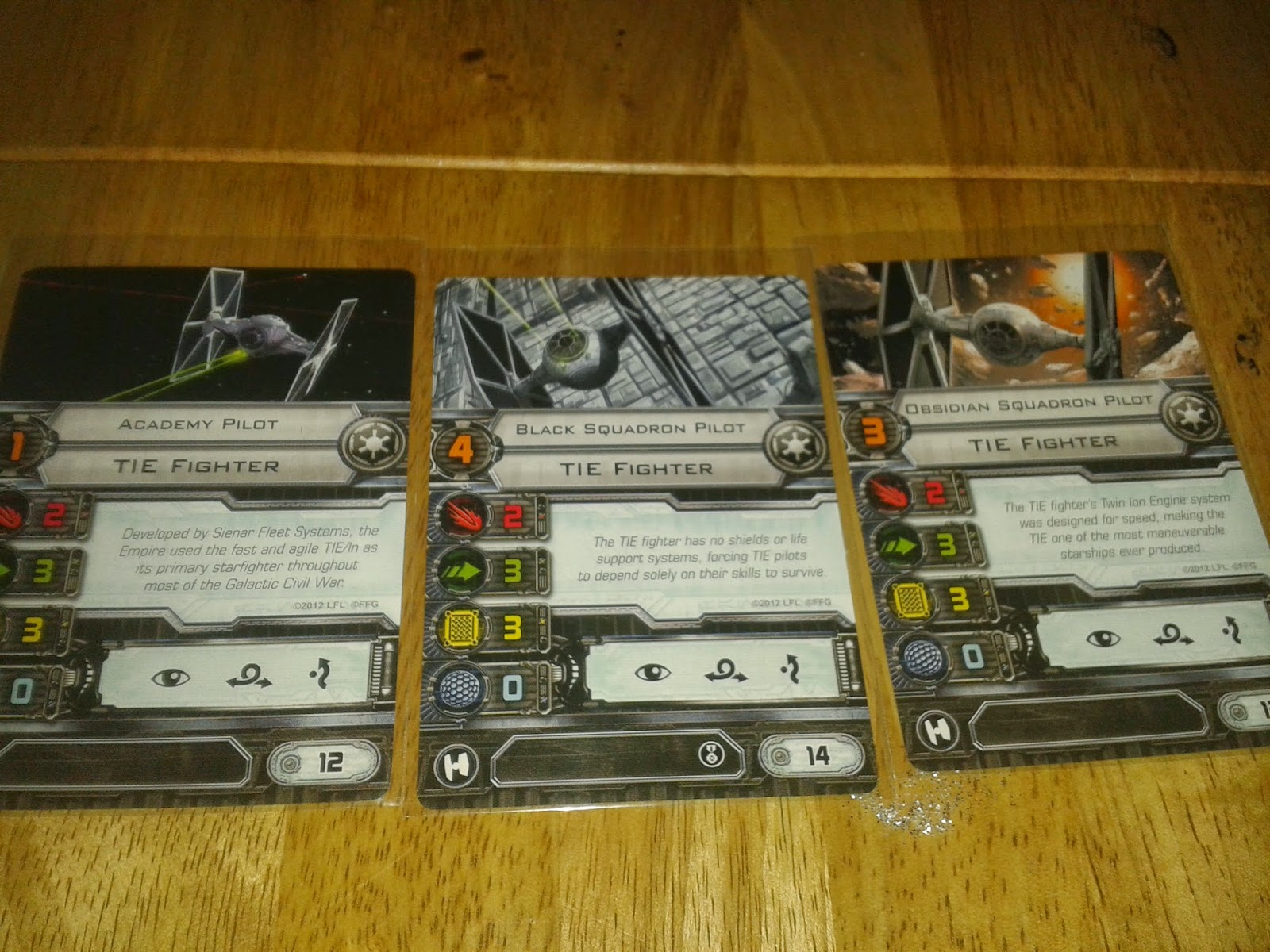 So all cheap and useful for filling out numbers, but nothing special, until you get to the named pilots, these guys are great value, with good but not game breaking abilities such as Dark Curse. 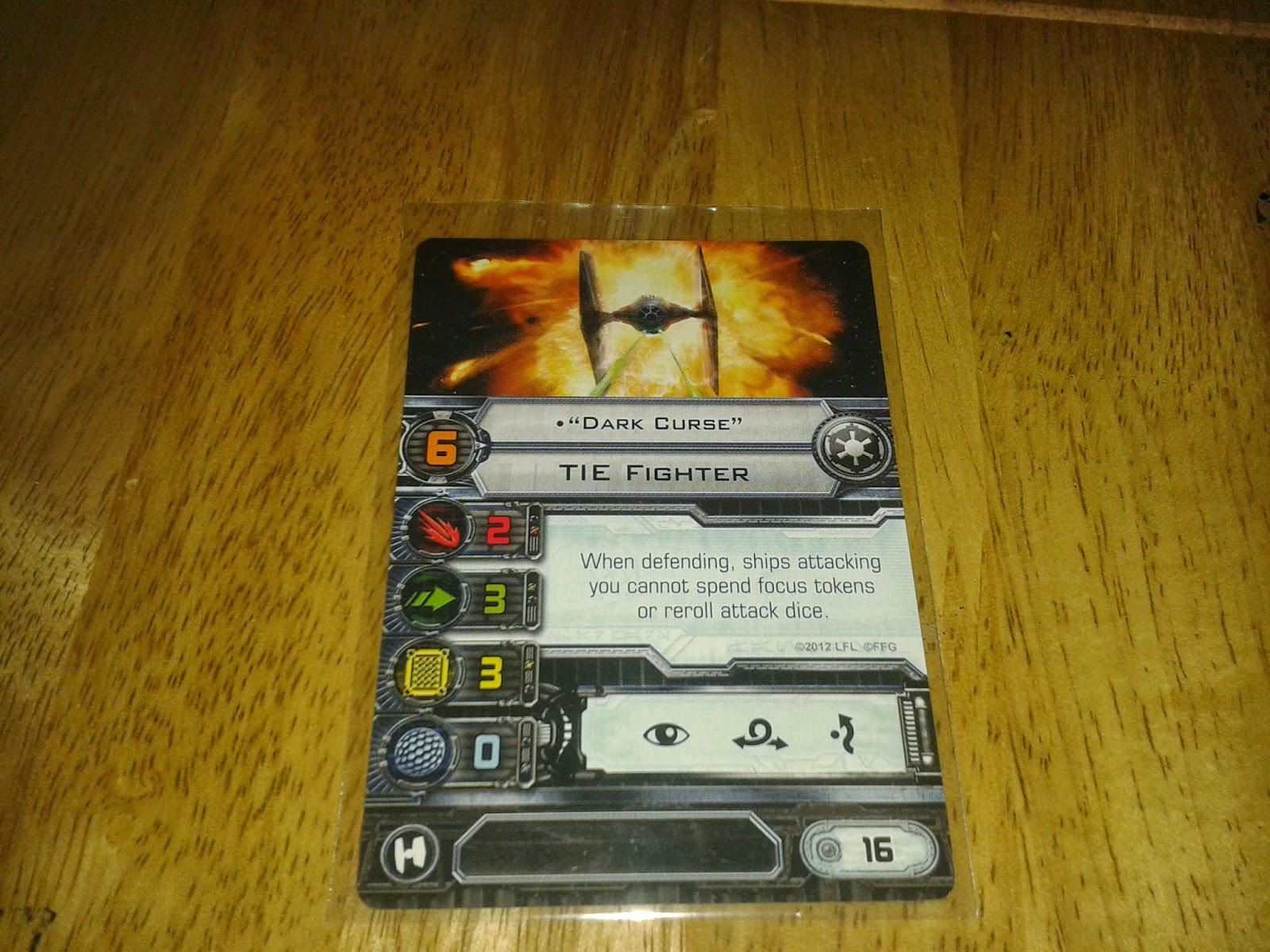 Dark Curse`s ability is solid and defensive making him very slippery.  When ships attack him they cant re-roll dice (negating target lock) or use focus tokens.  makes him hard to take down, especially combined with his natural actions of evade, focus or barrel roll.  He cant take any upgrades though.

Next we have one of my daughters favourites, Night Beast. 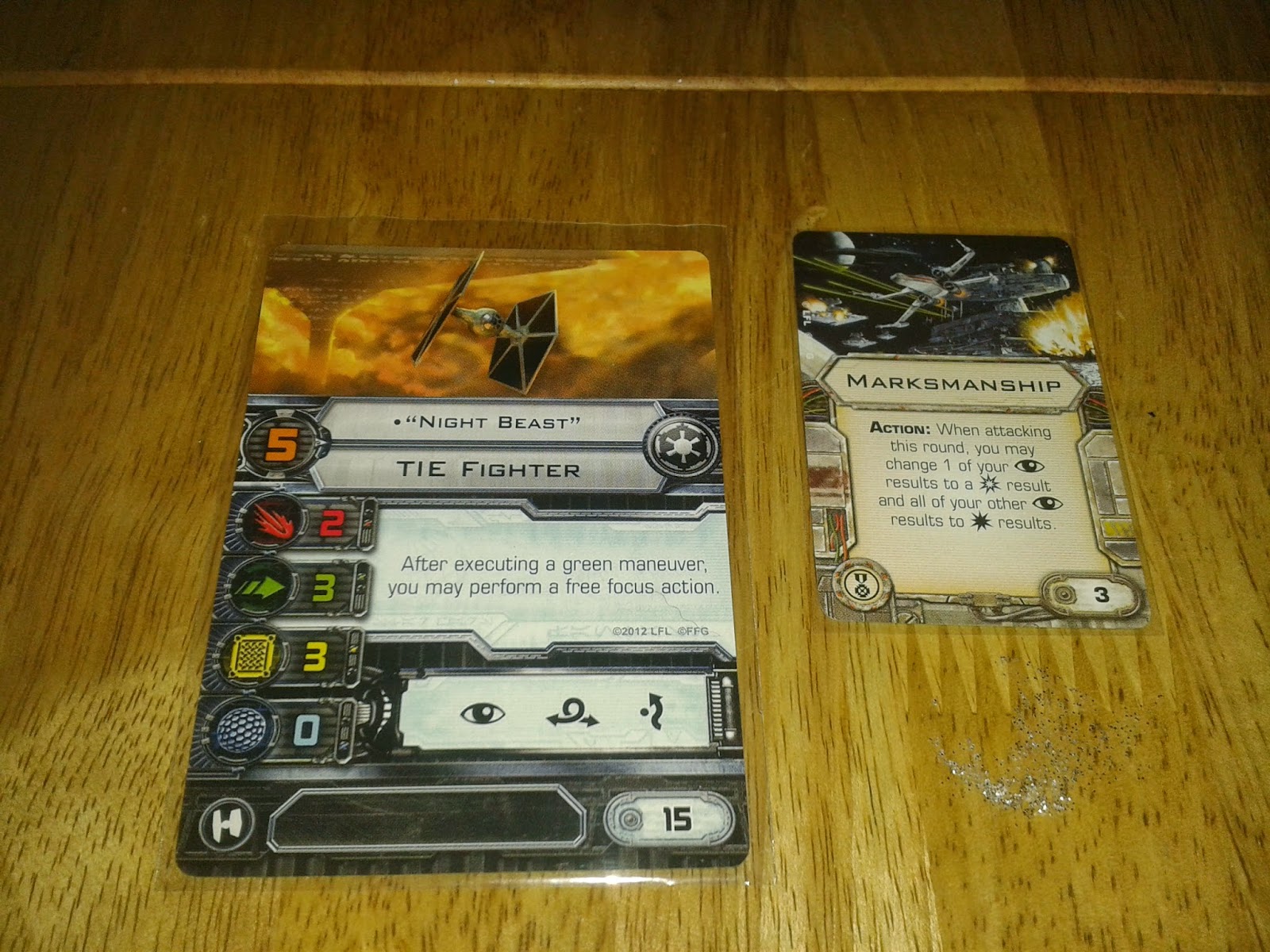 Nightbeast is solid, each time he does a green maneuver he gets a free focus action! so he can focus and evade in the same turn, or focus and barrel roll, it frees him up to basically get a free action each turn, and focus is a solid one!.

The final pilot is Mauler Mithel... another of my daughters favourites. 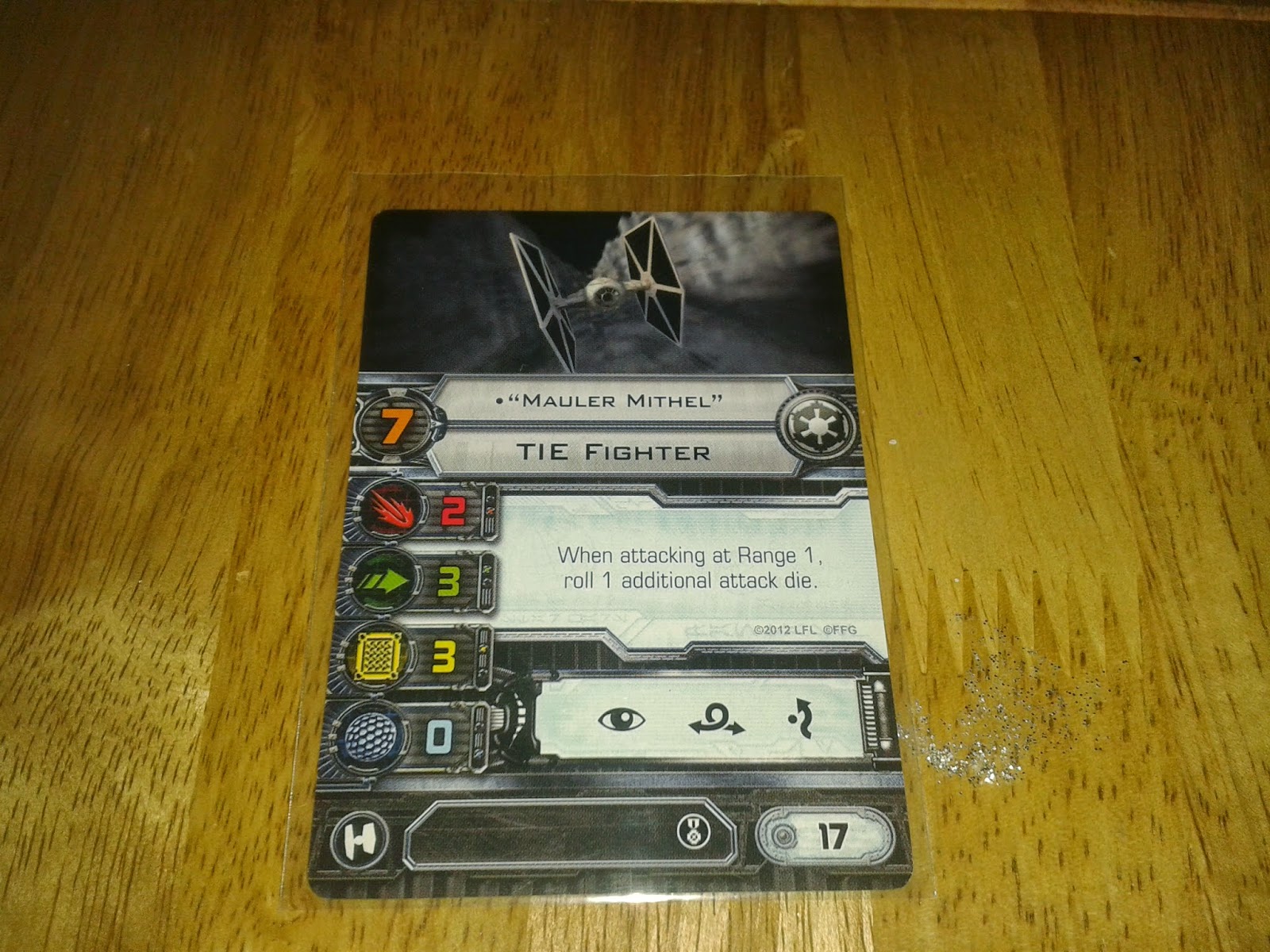 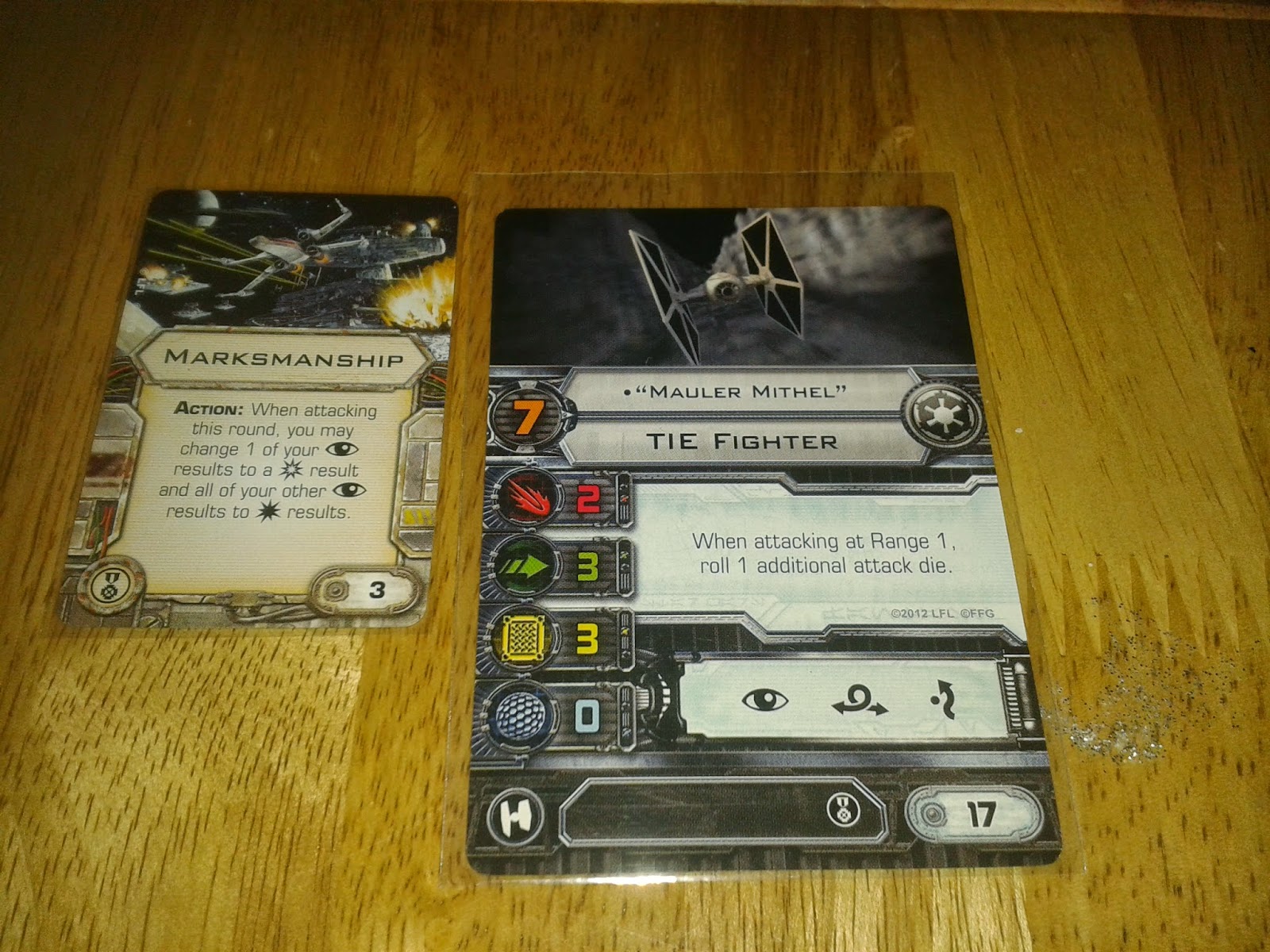 Its like a more deadly focus action. it allows you to change one focus eye symbol into a critical and the others into hits. When your rolling four dice... that hurts... as I can attest to on more then one occasion from my daughter.
Overall the Imperial pilots are solid, versatile and can rock in any of the missions, especially the named pilots.
Labels: Fantasy Flight Games Star Wars Xwing