Time for the prequels, which undoubtedly aren't everybody's favorite movies or media in the franchise. No I certainly think they're nowhere near as competent as the original trilogy, but they're also not as bad as a lot of people make them out to be. So time for some pictures of cool minis and rambling on how those three movies turned out.

What I always felt was the big problem with the prequels is how they approached the story and world building. If we look at A New Hope we end up with essentially a soap opera set in space, with a clear storyline progression and........

character development. On top of that the world in which it is set is built up with fantastic detail, physical sets and tons of characters with little, extra backgrounds. The Mos Eisley scene would be the prime example of this with a clear general storyline set in a complex, rich environment where you want to learn more about all those characters yet don't have to to get the story.

The prequels on the other hand focused much more heavily on visuals and 3D effects, while the dialog, character introduction and general storyline seemed to suffer for it. General Grievous in Revenge of the Sith is an unfortunate example of this. While he gets significant screen time and has a rather cool design, he's virtually just a throwaway villain who has several quirks that aren't even explained at all. His whole breathing condition is one of the focal points of the character's presentation, but it relied upon fans having seen the very nice animated, first Clone Wars series by Genndy Tartokovsky. There was no explanation on his ability, why he was a threat or how he even got that collection of lightsabers nor the rather nasty cough in the actual movie.

A missed opportunity in my opinion, though the second Clone Wars series did very little to build upon the character as he for a long time was that recurring villain that kept loosing, escaping and trying again 2-3 episodes later. This approach really turned an interesting and even intimidating character into a children’s show villain. And that while in 2003-2005 Tartakovsky and team did more in 13 minutes of Dexter’s Laboratory style animation than years of the later series to give Grievous actual presence.


The second Clone Wars series did however focus on a lot of interesting storylines, characters and events like Darth Maul, the Nightsisters, Deathwatch and the internal struggle in the Jedi order. In fact that series, though starting off slowly with the animated movie, ended up making the entire period between episodes II and III so much more enjoyable. It developed the clones, managed a better chemistry between Anakin and Obi-Wan, further developed the Sith background, introduced a range of cool new, bounty hunter characters and even managed to do something positive with that whole Midi-Chlorians business. And the animation was a real highlight as well, something sadly Rebels hasn't been able to equal. I find it odd how virtually the same team working on it can still lead to a series with so much empty, wasted screen space. Hopefully it will develop over time.
But enough about that, back to the Clone Wars. I rather like just how diverse the Separatists were, especially in comparison to the Republic's Clone army and Jedi generals.Though in other media the Separatist cause is portrayed as being quite a bit broader than the 'baddies' we get in the movies, the stuff that was there was very broad. 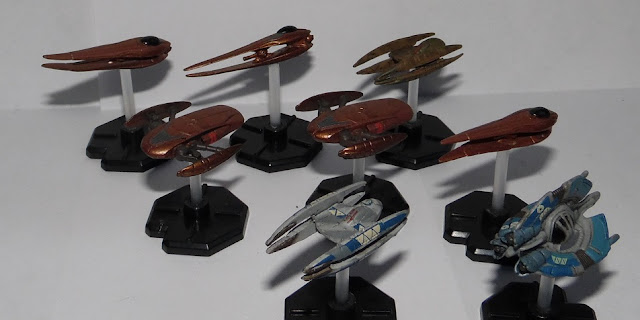 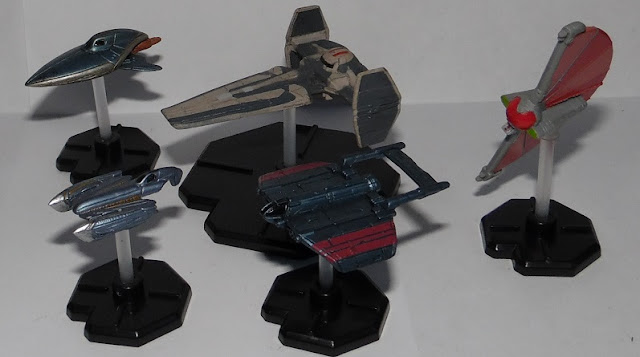 Everything from the various powers, characters and right down to the actual designs is a fantastic mix that oddly enough visually works quite well. Most likely the overlap in colorschemes works wonders, but I rather enjoyed to see what is essentially the visible bad guys in the prequels being such a diverse mix. 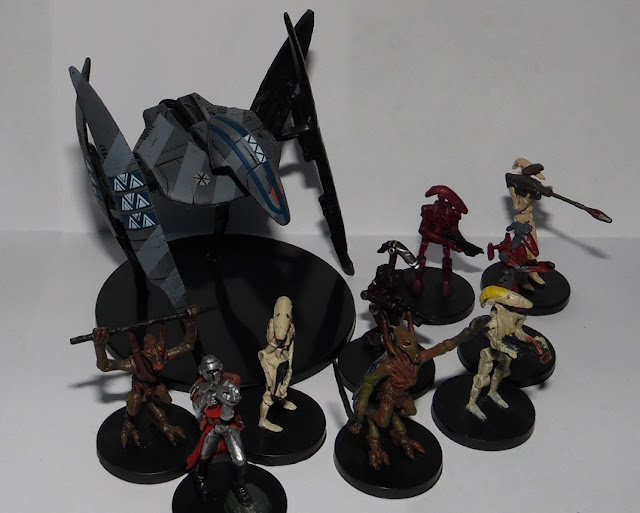 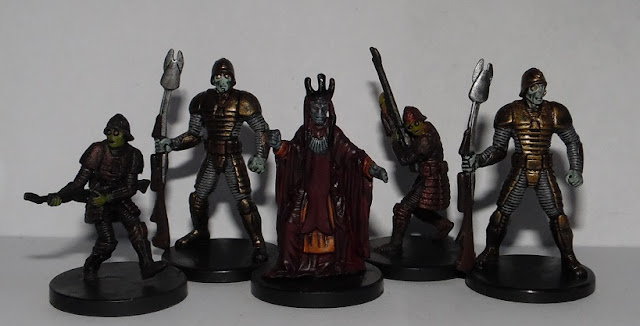 It's rather fun to see the cartoons and books really dig deeper into the Separatist Alliance, adding depth to characters we briefly saw in the movies like the Muun Banking Clan. Or the Techno Union and their chairperson Wat Tambor, who really managed to grab my imagination in the scant few seconds he got in the movies. 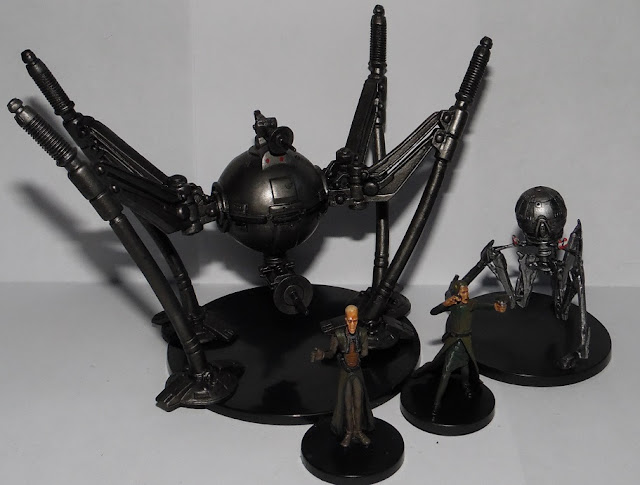 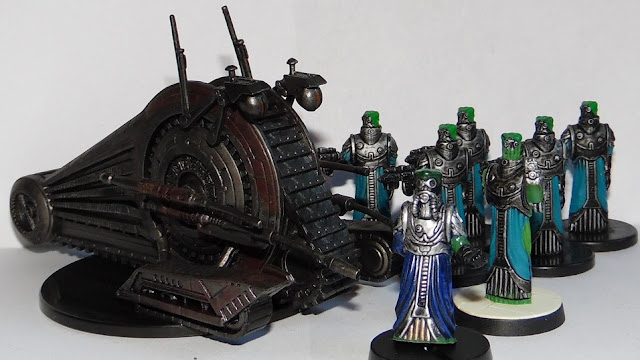 One of the more interesting arc of the Clones Wars cartoon also introduced us to Asajj Ventriss, one of Dooku's many 'assets'. What started out as pretty much a Darth Maul-like 'cool' character quickly turned into a fullblown backstory and story arc that saw her strike out on her own, while also seeking out her roots with the Nightsisters of Dathomere. Definitely one of the highlights of that series! 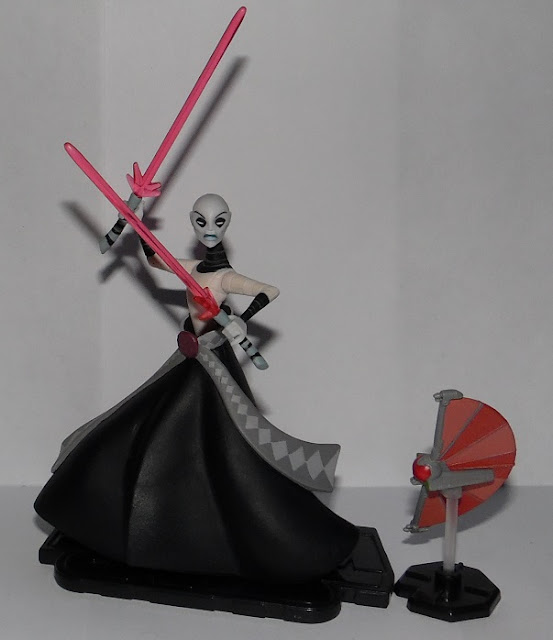 And given that it's almost the end of the year, might as well start thinking about 2016 projects. Thinking I  may have to add some Separatist droids to my collection. Sadly enough these are out of production as Knight Models didn't extent the license, in part from what I understand due to the difficult of working with LucasArts and the sale to Disney. Naturally their current Marvel and DC licenses, complete with an official Batman miniatures game, really make up for it though (check out Knight Models HERE). 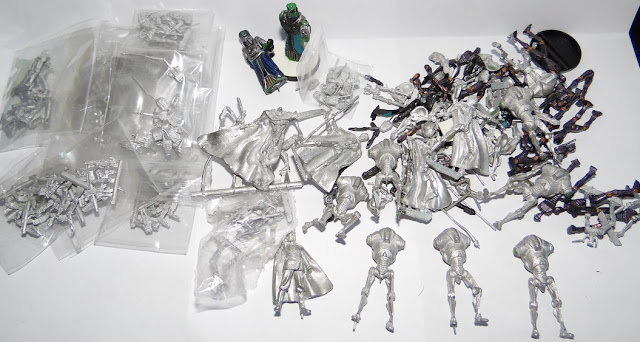 Luckily I'm more of a hobbyist/collector than a gamer these days, so no need to worry about getting a functional army out of the pile. Just good, old hobby fun while trying to figure out a color scheme. There's a lot of options and approaches for these after all, doubt they'll ever look at good as the promo pics though. Quite intimidating to see them painted up to such a high standard. 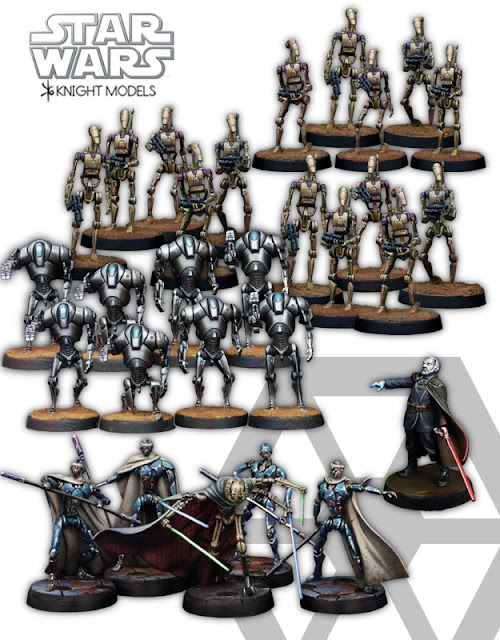 And to oppose the Separatist Alliance we have grand army of the Republic, which is much more uniform in design when it comes to the clones. Sure there are tons of trooper variants and all sorts of rank indicators, but the overall design really helps set up that faceless approach we know from the later Imperials. Personally I think it also helps to make any additional characters like the Jedi much more visually interesting. 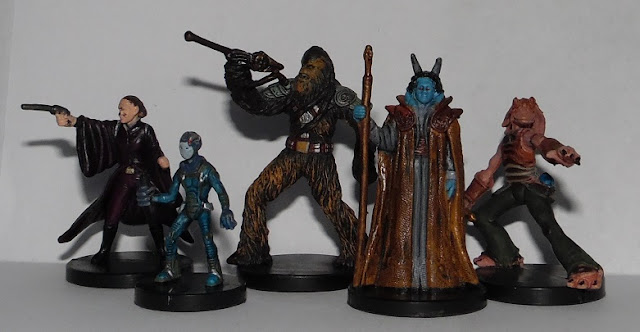 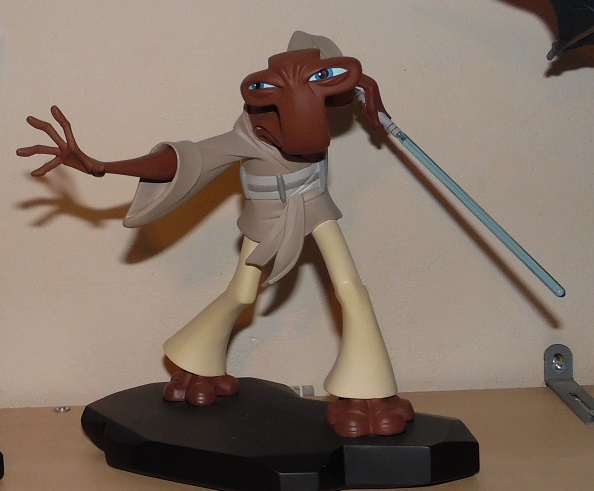 Speaking of the Clone Wars series, it also introduced us to the rather awesome ARC troopers. Advanced Recon Commando troopers, a rank of elite Clone Troopers that even got a very nice, tactical shooter videogame.

Another gem in the gaming collection of LucasArts. Not only was the actual gameplay a lot of fun with missions taking place at known and new location, but it also gave those faceless clones a lot of character. In fact, after a few missions I fell in love with Fixer, Sev and Scorch. It also helps the game actually made super battledroids a scary prospect, the movies unfortunately never really managed that. Well worth a pick up when it comes by in a Steam sale!
And that does it for this post, next time we'll dig into some stuff from my favorite side of Star Wars: scum, villany, the Expanded Universe and just what we can still do with those parts of the lore. But for today here's some Phantom Menace goodness for the outro :