Ever since the days of my beloved Nintendo 64 and a certain Star Wars game called Shadows of the Empire, I have been a fan of the YT2400 that Dash Rendar, star of the game and also in this ship now.  I am really excited by the ship. 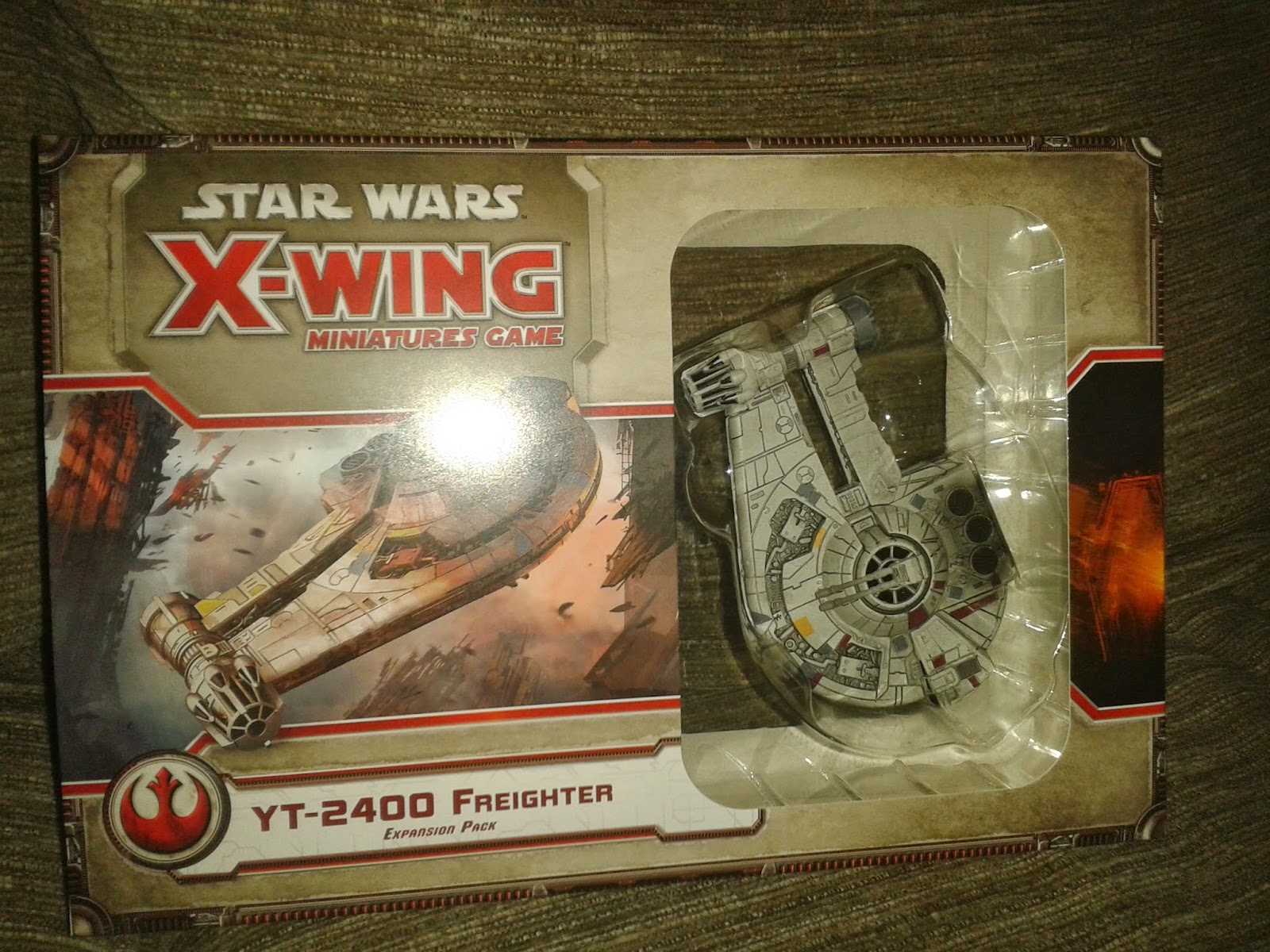 The YT-2400 light freighter was a YT series light freighter produced by Corellian Engineering Corporation similar to the YT-1300.
Dash Rendar's Outrider was a heavily modified YT-2400 freighter, and perhaps the most famous example of the starship amongst fringers

Favored by smugglers, the starship featured the YT series trademark saucer-shaped hull and

starboard-mounted command pod. Like most Corellian designs, the YT-2400 was fast, tough, and endlessly modifiable. Stock YT-2400s were 18.65 meters in length, required two pilots, and were armed with two 1D servo turret laser cannons—mounted dorsally and ventrally. The ship came with a total of 13 weapon emplacement points, with only 6 used in the stock configuration, allowing for easy modifications to the stock frame. Thus, the design was favored by mercenaries and smugglers, or any other being in need of a well-armed "transport".
With double-armored hull plating and bulky engines, the YT-2400 could easily handle the strain of deep-space combat. The vessel had power to spare and an oversized hull begging for hot-rodded engines and powerful weapons. 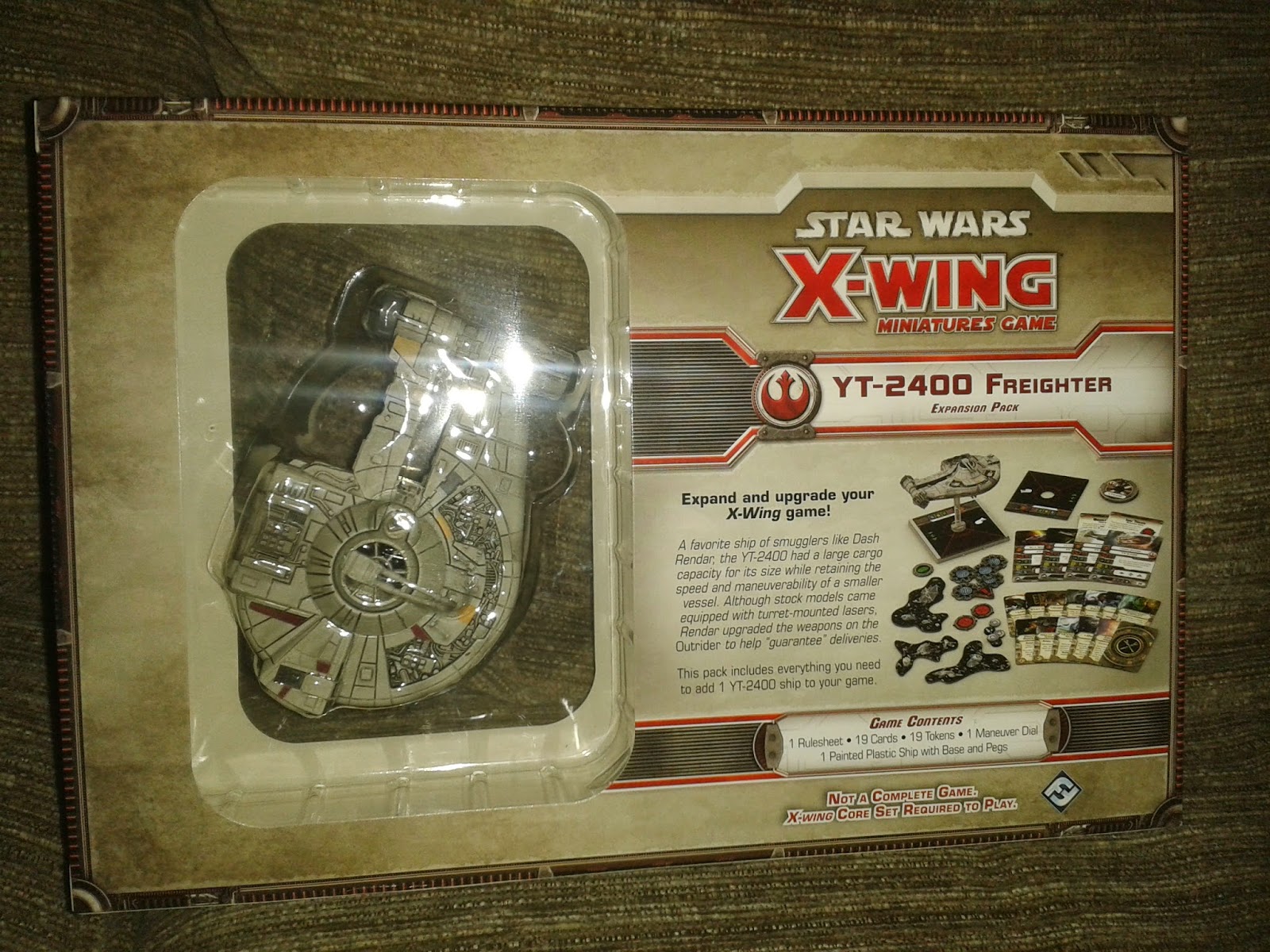 The YT-2400 was configured with a pair of starboard bracing arms that connected to the cockpit compartment, essentially a long tube. The aft section of the cockpit tube contained the primary escape pod, which seated six. The bracing arm's interior space generally was used for crew quarters and living space.
The rounded hull area was devoted to cargo holds and ship's systems. In practice, much of the interior hull space was taken up by modified engines, power generators, weapons systems, and all the other illegal goodies any self-respecting smuggling ship needed. A second escape pod, as well as the airlock, was located on the far side of the cargo compartment, directly opposite the bracing arms.

It comes with a selection of card, some mission tokens in there and the debris field. 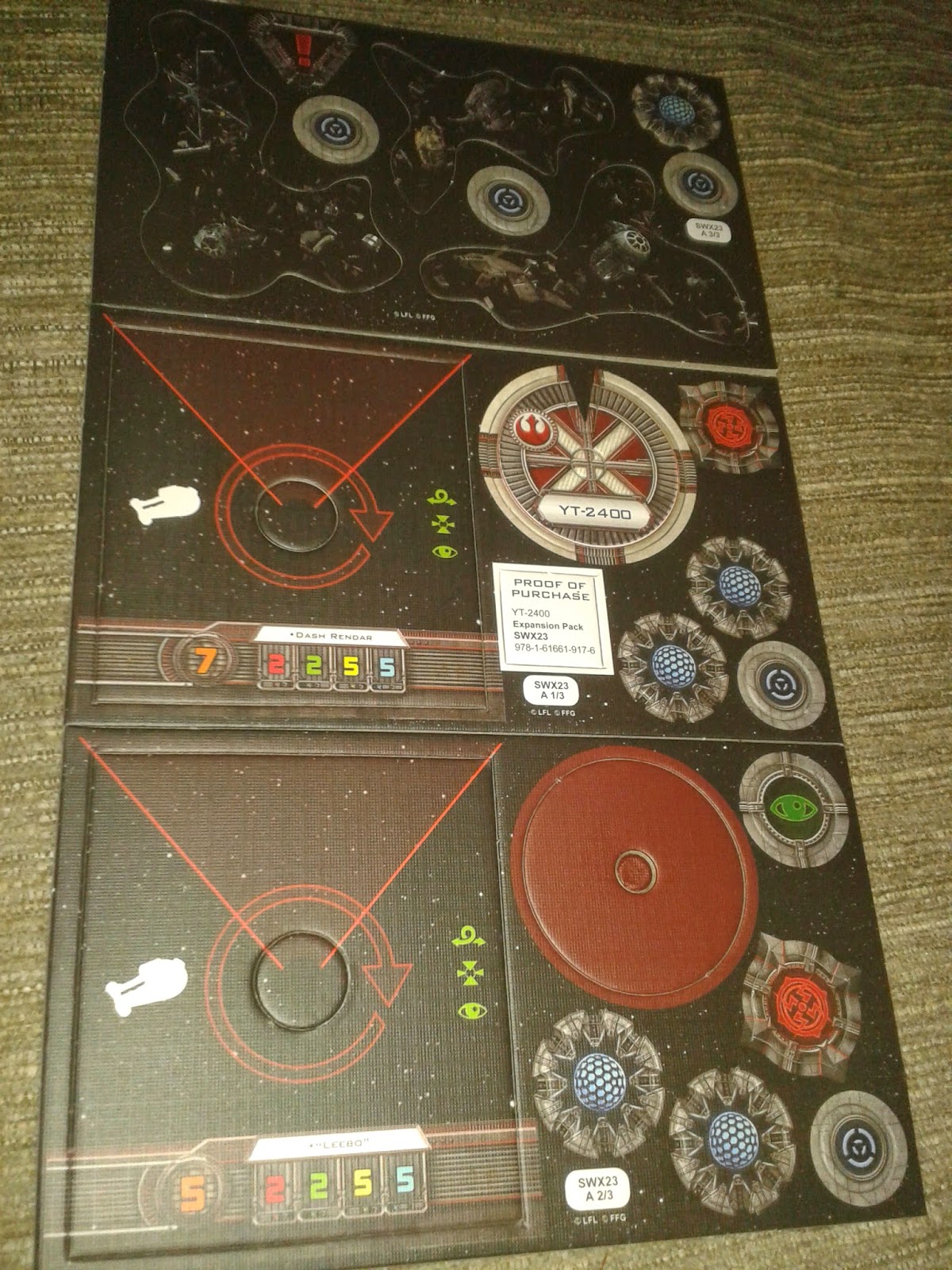 The pilot cards with some lovely artwork on them as usual. You can see in this the pack the typical Fantasy Flight quality of components.  And of course Dash as a pilot!!! 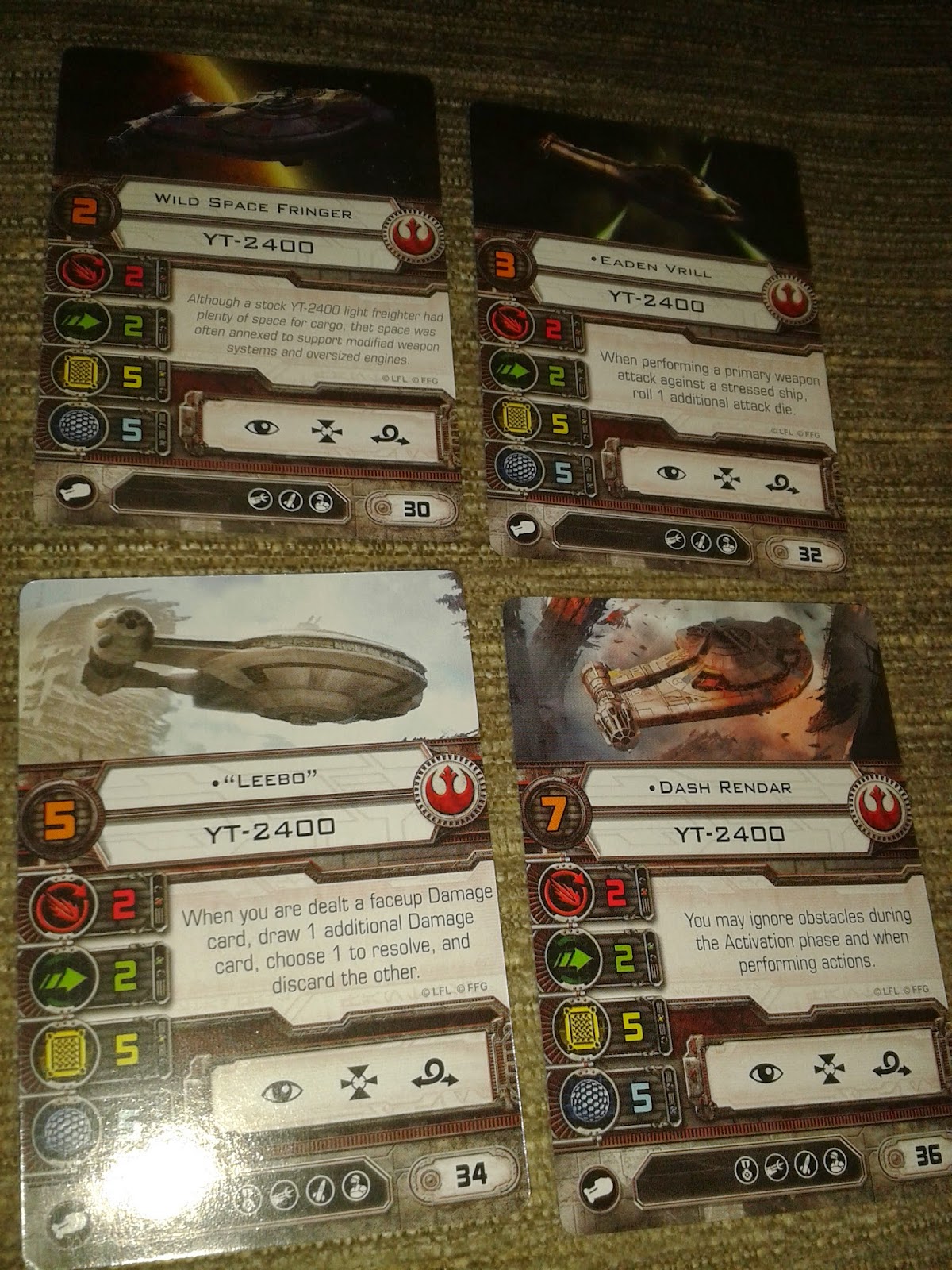 ﻿
The ship as you can see does not hit as hard as the falcon, but is more agile which befits it as it is a smaller ship.
Plenty of upgrade cards as well to tailer your YT2400 to your own tastes, including Dash as crew! 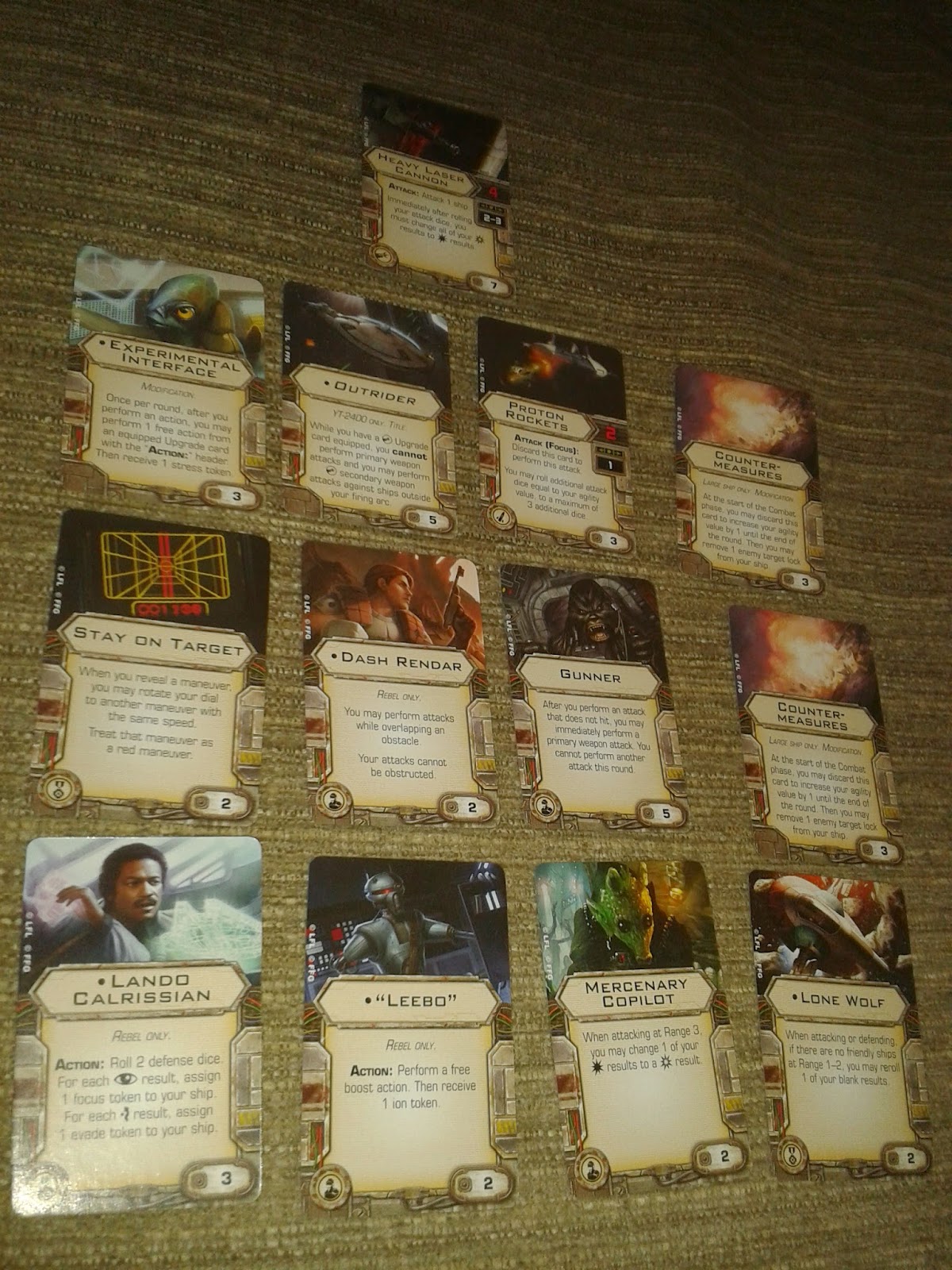 Also included are the normal new rule cards so you don't miss anything out. 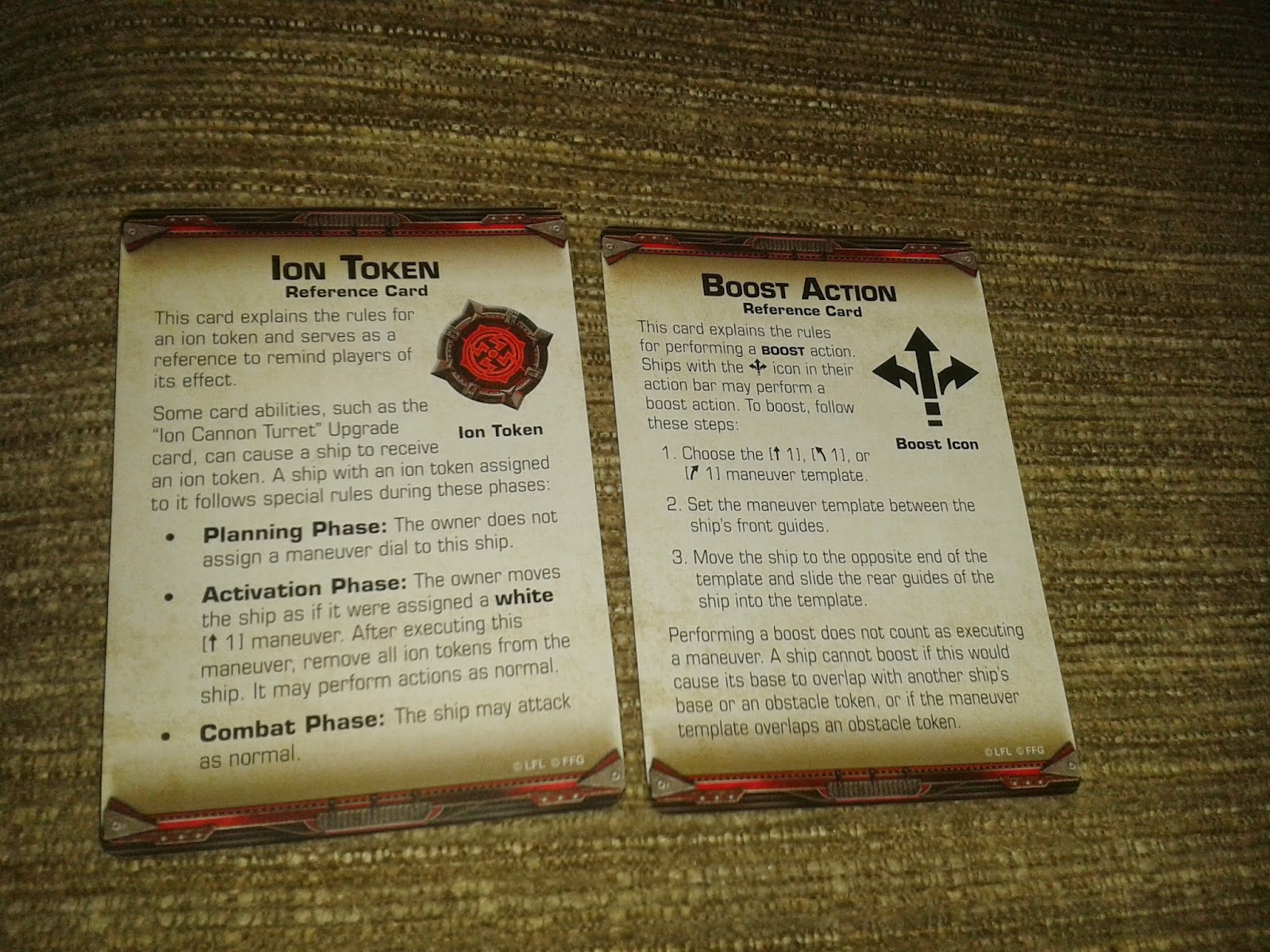 and the mission that comes with all large ships for Xwing. 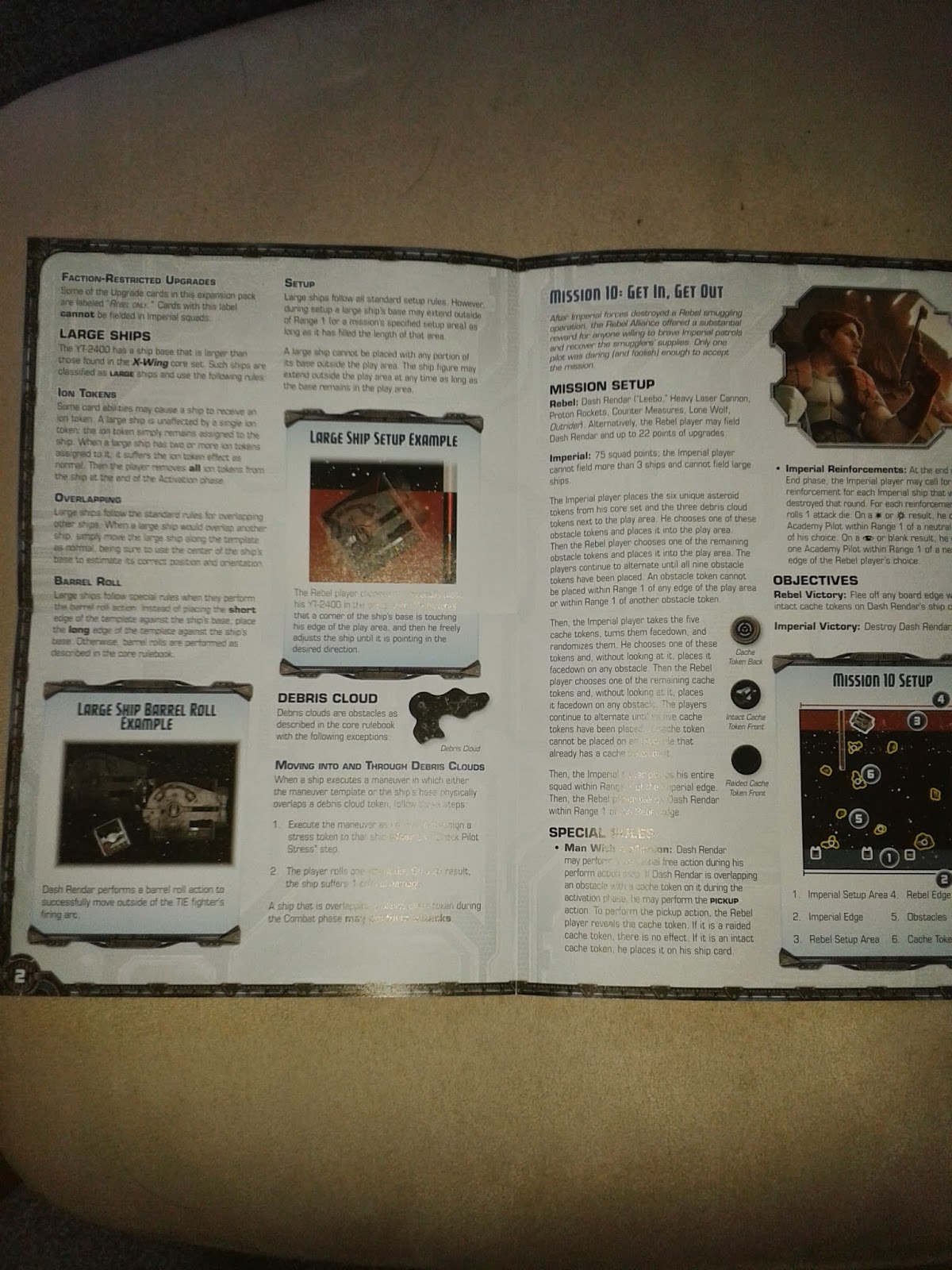 Now for the ship itself of course! Great looking and straight from the game 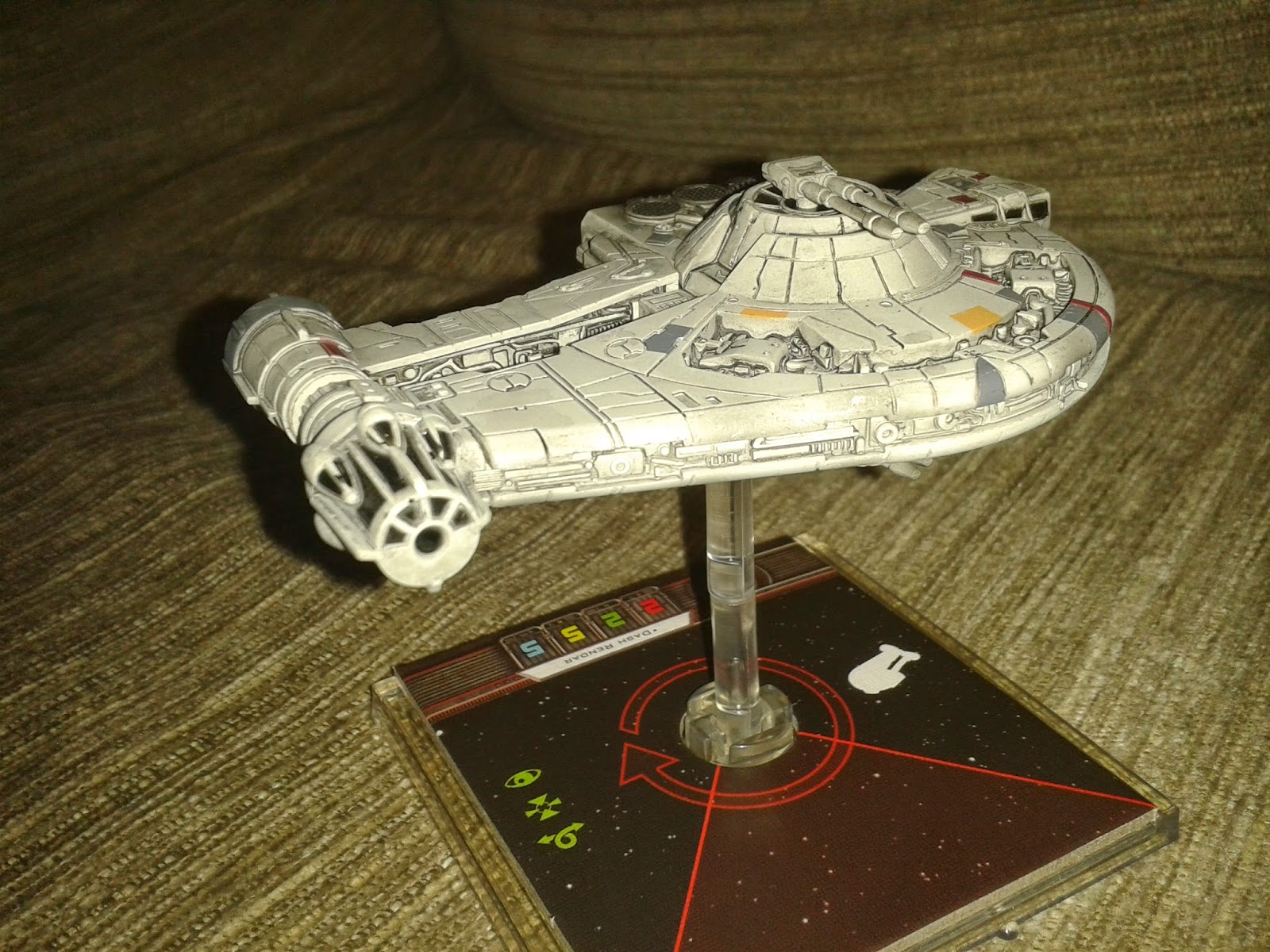 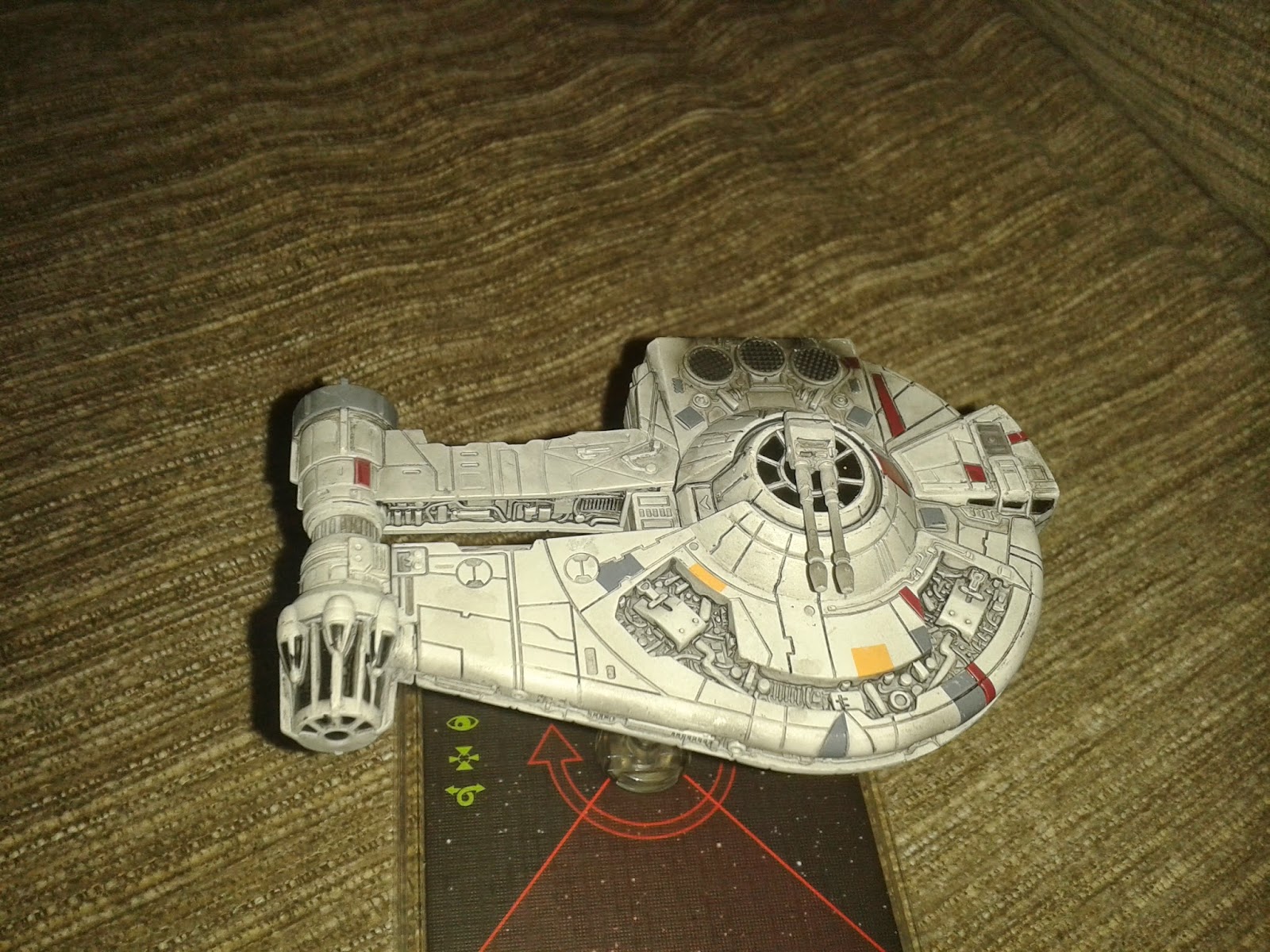 great paint job and the weathering on the engine vents is excellent. 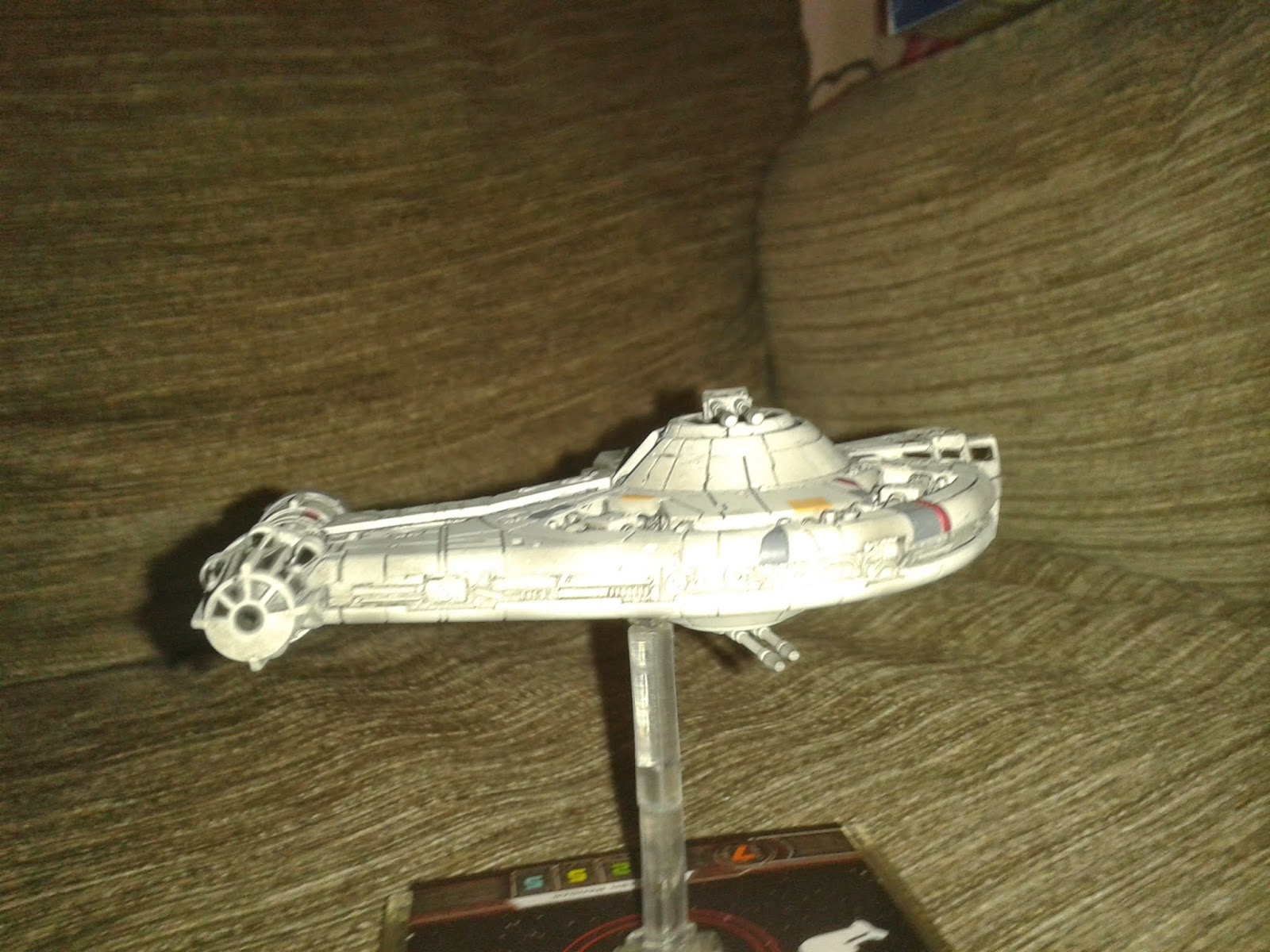 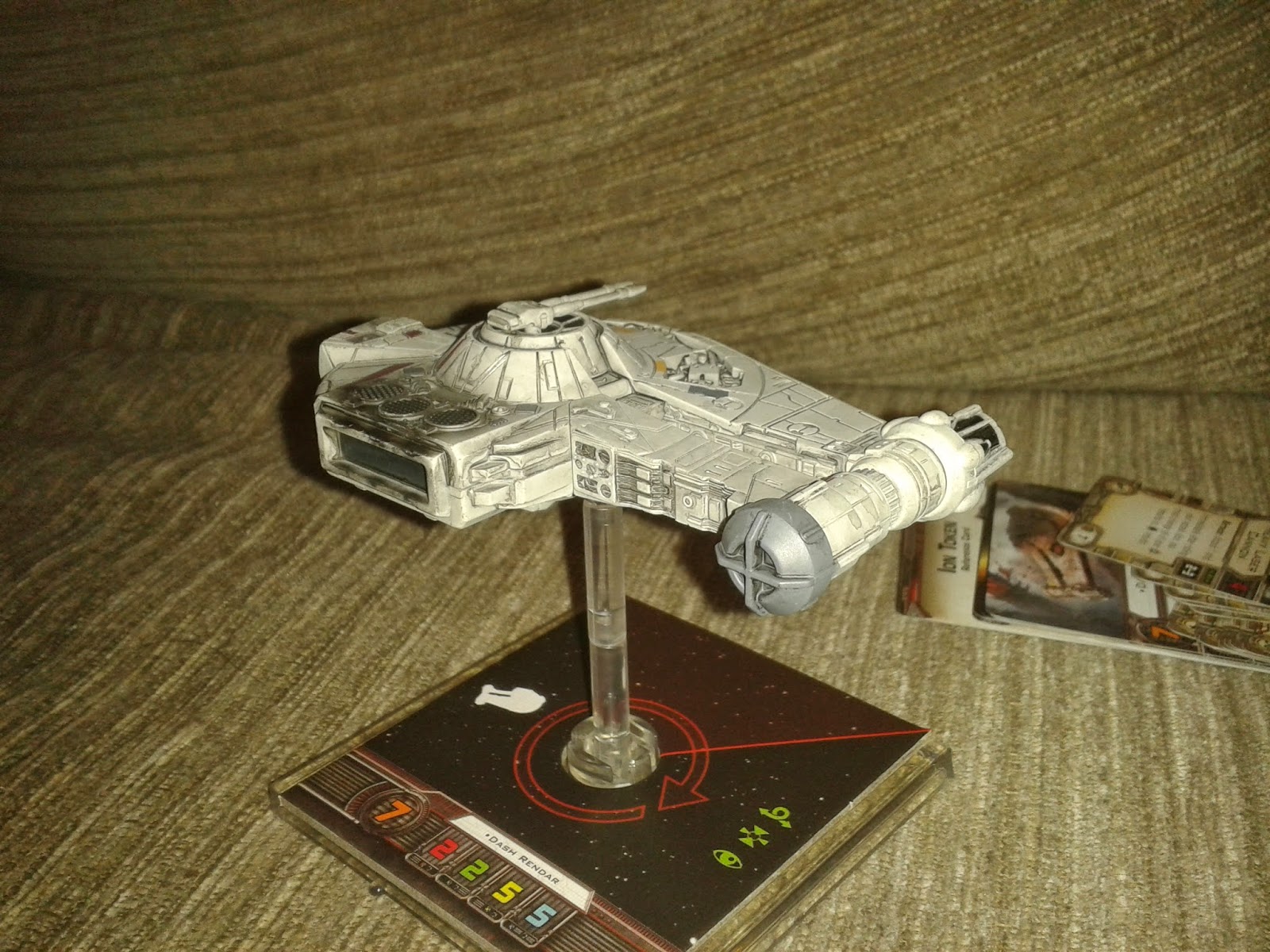 I love the shape of this ship, it will provide some more punch to Olivias rebel force.
Labels: Fantasy Flight Games Star Wars Xwing