﻿
Today we look at a new release for the force of the Klingon Empire.
The IKS Rotarran was a Klingon Bird-of-Prey that was in service with the Klingon Defense Force in the late 24th century. The Rotarran served with distinction during the Dominion War, with General Martok using the vessel as his flagship. 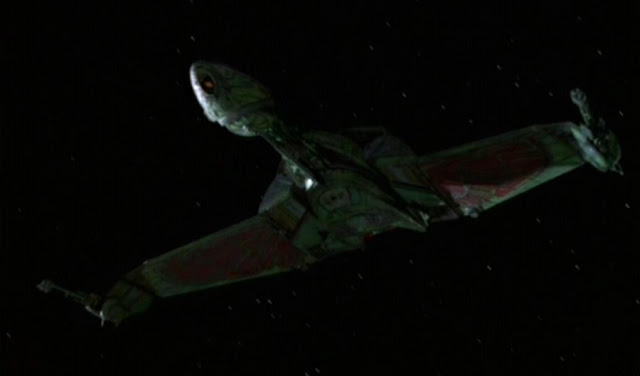 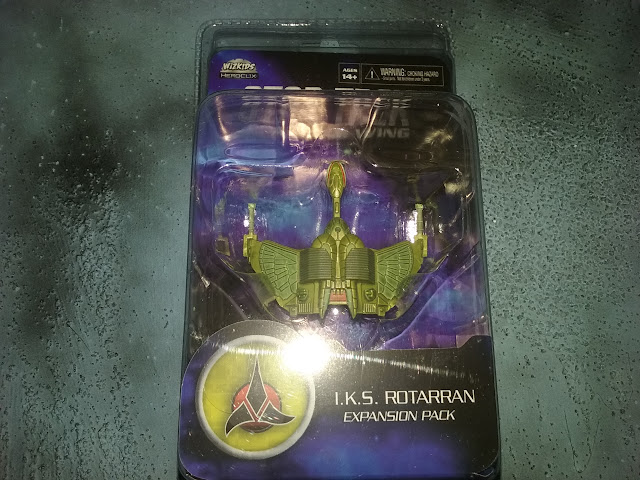 It was a great ship in the show, so lets see what its like on the table..... 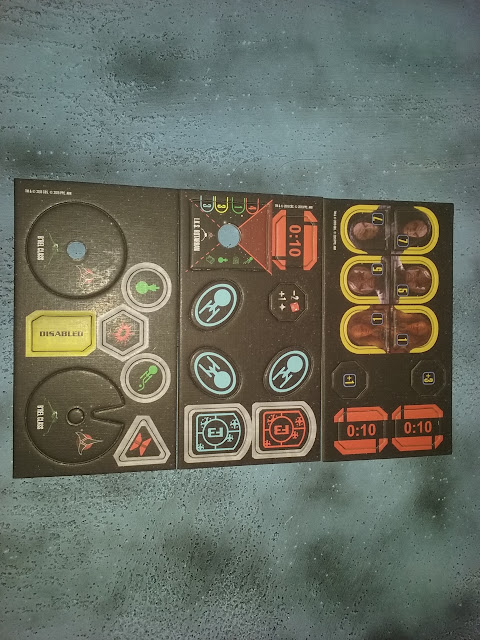 As always  some nice slabs of Ttokens to provide all you need for your gaming. 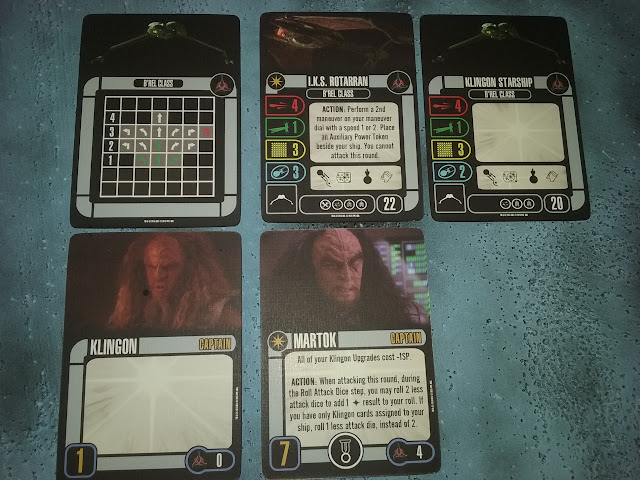 The Rotarran is a B'Rel class Bird of Prey, so she is very manoeuvrable with a come about as well if needed.  The named ship has above average attack, below average defence, and average hull and shields.  The named ship has an action for her ability that allows you to take an extra manouver up to speed 1 or 2 after you have moved, though it is at the cost of an auxiliary power token and you can not attack.  It will still prove useful though to get you out of arc of an enemy ship that is about to hit you hard.  You also get the normal generic ship, and generic captain.  For named captain we get another version of Martok, one of my favourite Klingon characters.  He is skill 7, has an innate ability to reduce the cost of all Klingon upgrades by 1 point each.  He also has an action ability that allows you to roll two less attack dice to add a guaranteed hit, though if you only have Klingon upgrades you roll one less dice, so its basically an auto hit dice. 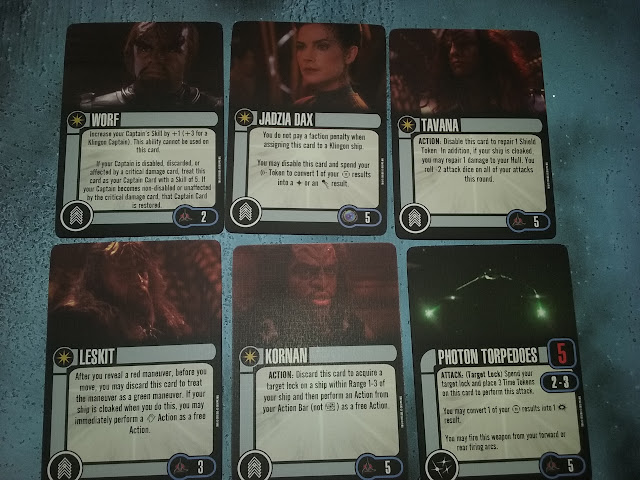 A nice selection of crew come in the pack.  Worf increases your captain skill by 3 for a Klingon captain, and can take over if your captain is disabled or discarded, this makes Martok a skill 10! so well worth including.  Jadzia Dax is a federation upgrade, but she does not pay a penalty for being on a Klingon ship.  Her ability allows you to  disable her to spend your scan to turn it a battle stations into a hit or an evade as needed.  Tavana is an action and disable  to repair a shield, or a hull point if you are cloaked.  Leskit can be discarded to turn a red manoeuvre into a green one, and if cloaked get a free sensor echo as well.  Lastly we have Kornan, you can discard him to get a target lock on an enemy ship, and then perform a free action from your bar.  Photon torpedoes sing the Time mechanics add some long ranch punch to your ship. 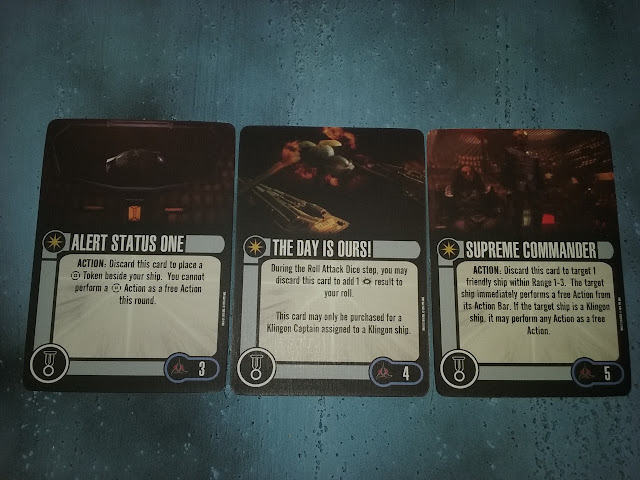 The pack comes with 3 elite talents....  Alert status one, is a cheap discard that provides you a battle stations.  The day is ours can be discarded when you attack to add a critical hit to your roll, combined with Martok you can really put the damage on.  Supreme Commander is a discard that allows an allied ship to perform a free action. 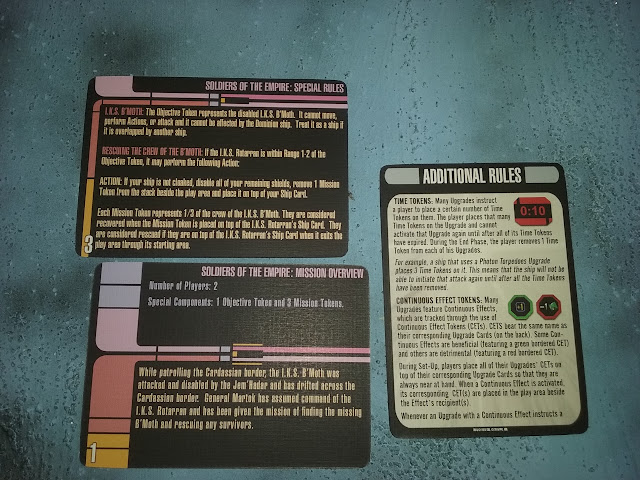 The mission is Soldiers of the Empire, following the plot of one of the episodes where the Rotarran goes in to rescue a Klingon ship.  You also get the additional rules card explaining Time tokens and new rules. 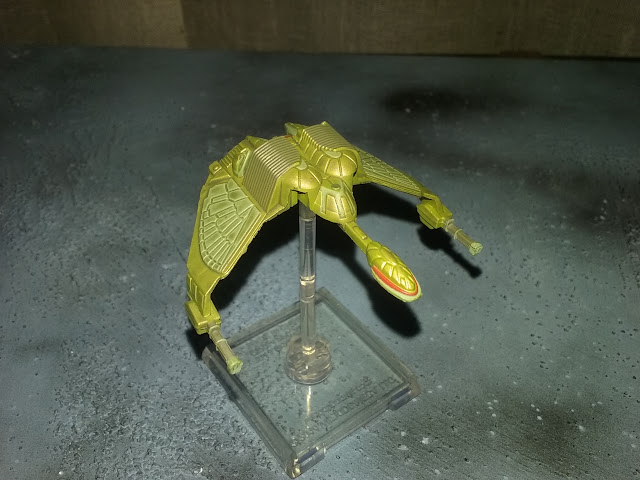 The ship itself is a model we have sen before, the paint job has improved I must say, and I do love the Bird of Prey 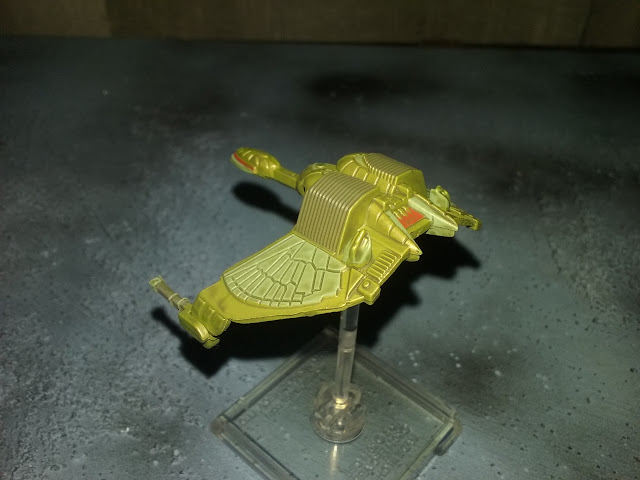 They have finally put a wash on the models, maybe they read the blog! either way, I am very happy with the improvement. 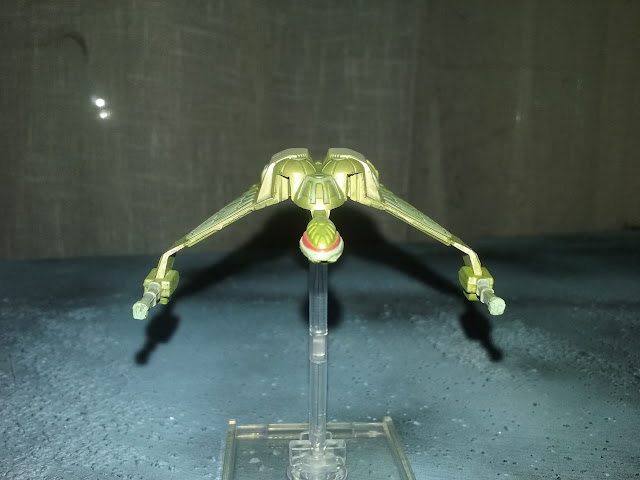 You can pick one up by finding your local game store here with an RRP of £11.99 it will add a great ship and solid cards to your fleet, and bring glory to the Empire!