Today I am taking a look at the rebel Xwing pilots that come in the Xwing minis core game. looking at some varying options with them, how they work for the missions that come in the core set as well.
firstly I have to say I love the look of the card backs, with the Imperial and Rebel symbols on the appropriate cards. 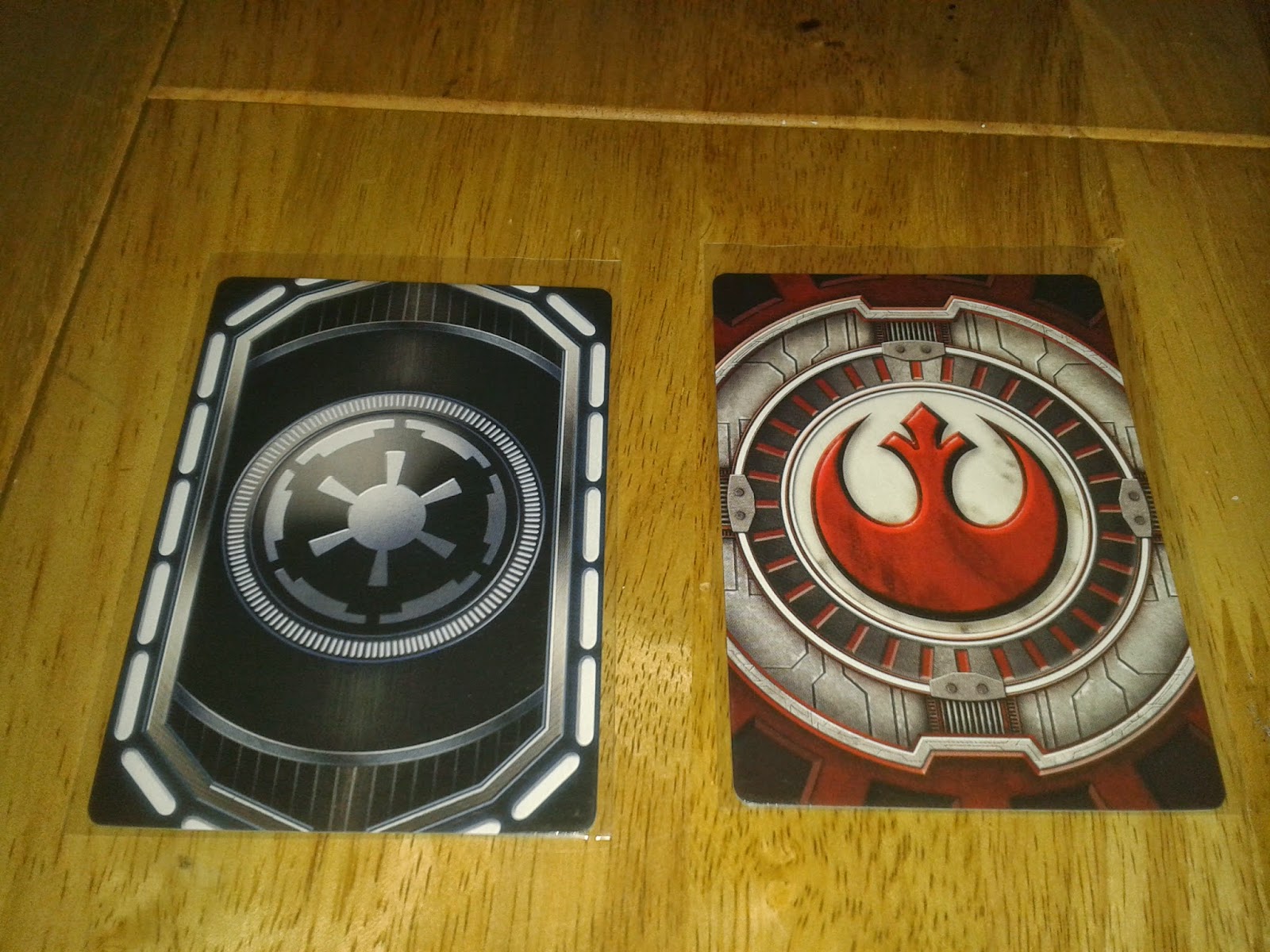 Very cool.  I added the sleeves myself, as I like to keep all my cards nice and neat and clean.
Right so.... you get fur rebel pilots for the Xwing in the box... 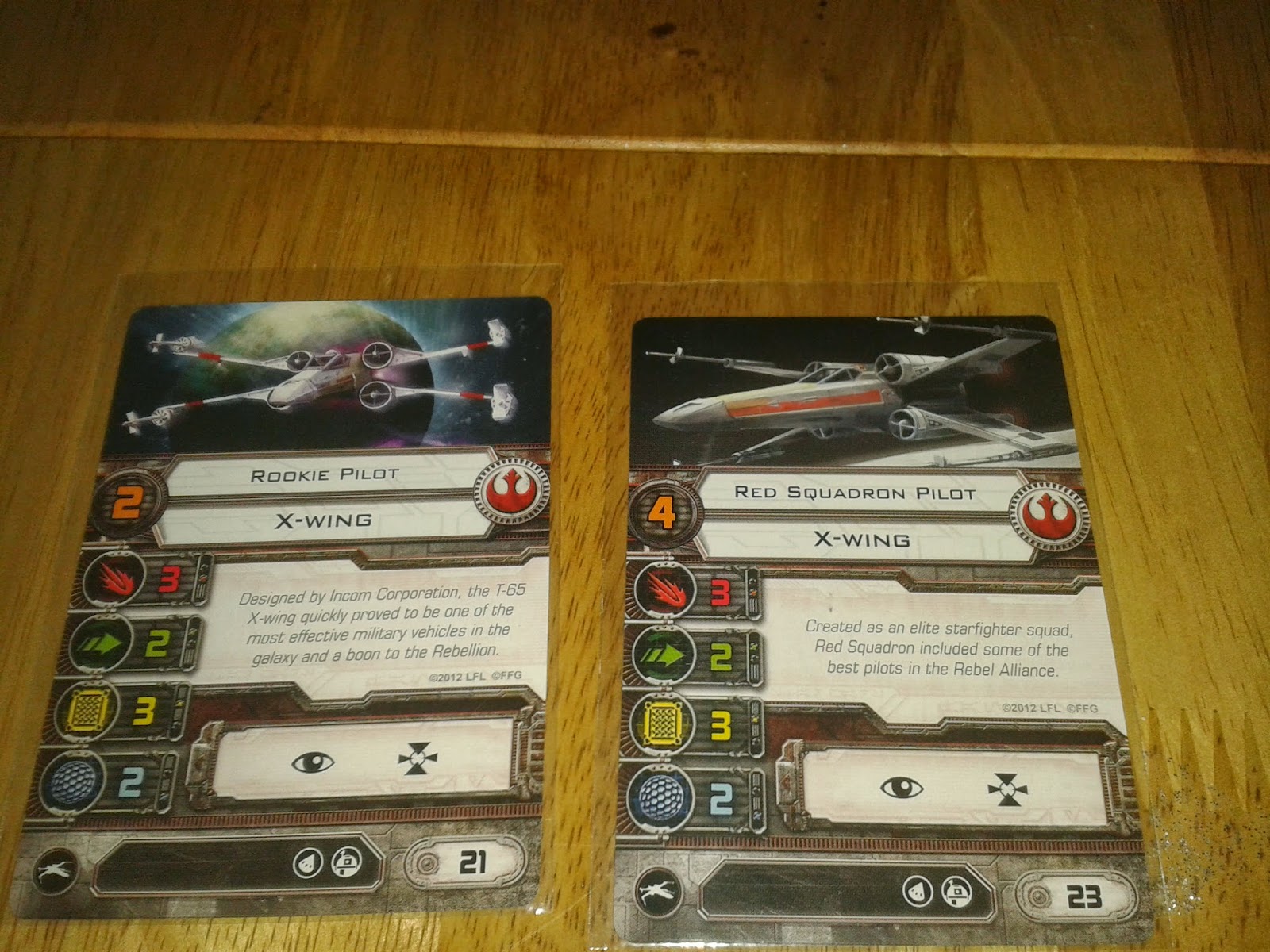 The first two are the Rookie pilot, and Red Squadron pilot.  Both have no special pilot abilities but can be equipped with an astromech and torpedos.
Next on the list is Biggs Darklighter... 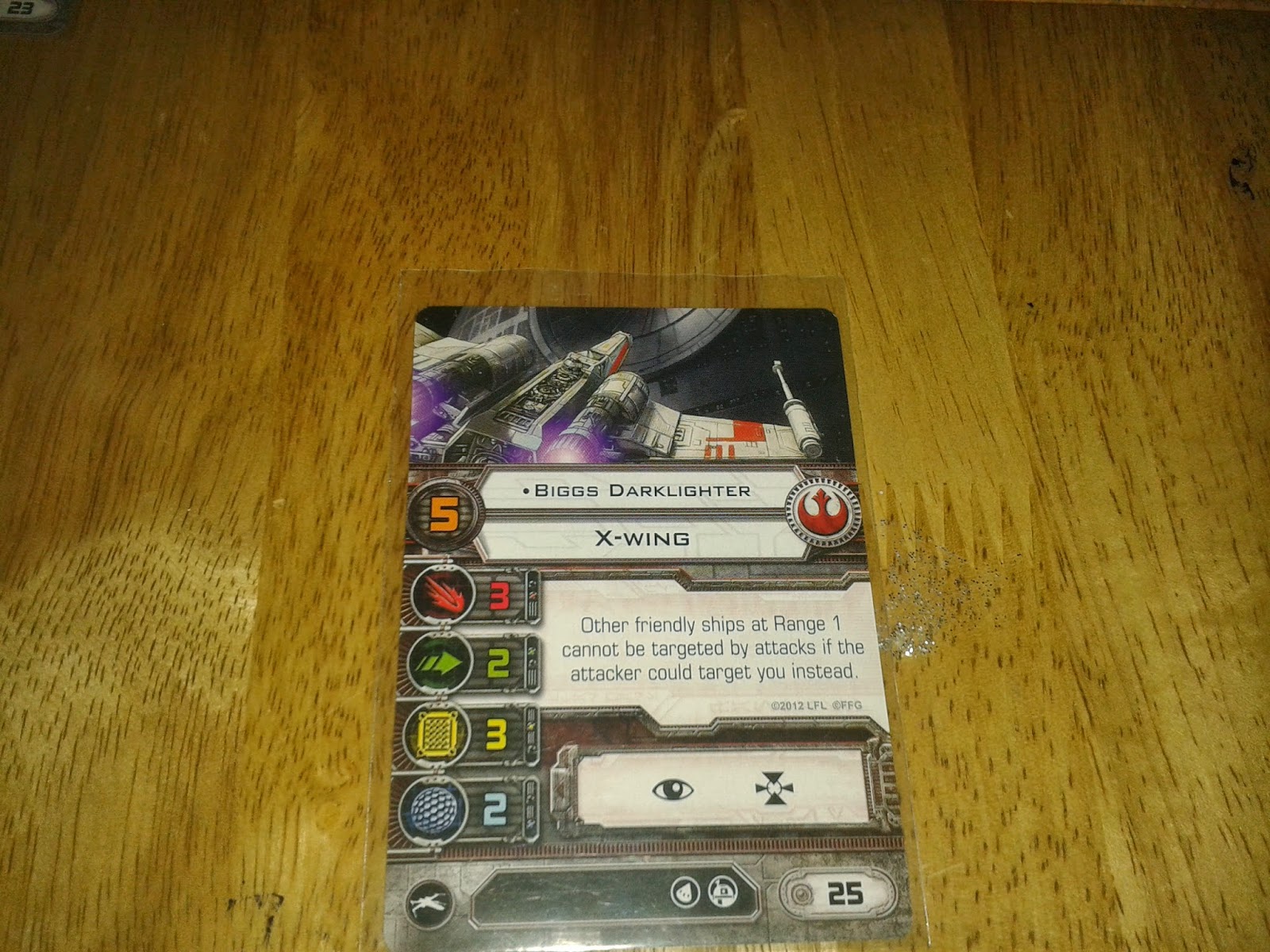 His ability is very useful in the shuttle escort mission in the core book if he stays within range one of the shuttle, the enemy have to attack him if possible, so with good positioning he can draw all the fire from the enemy.  He can also take 3 various upgrades. a pilot skill. an astromech. a torpedo. 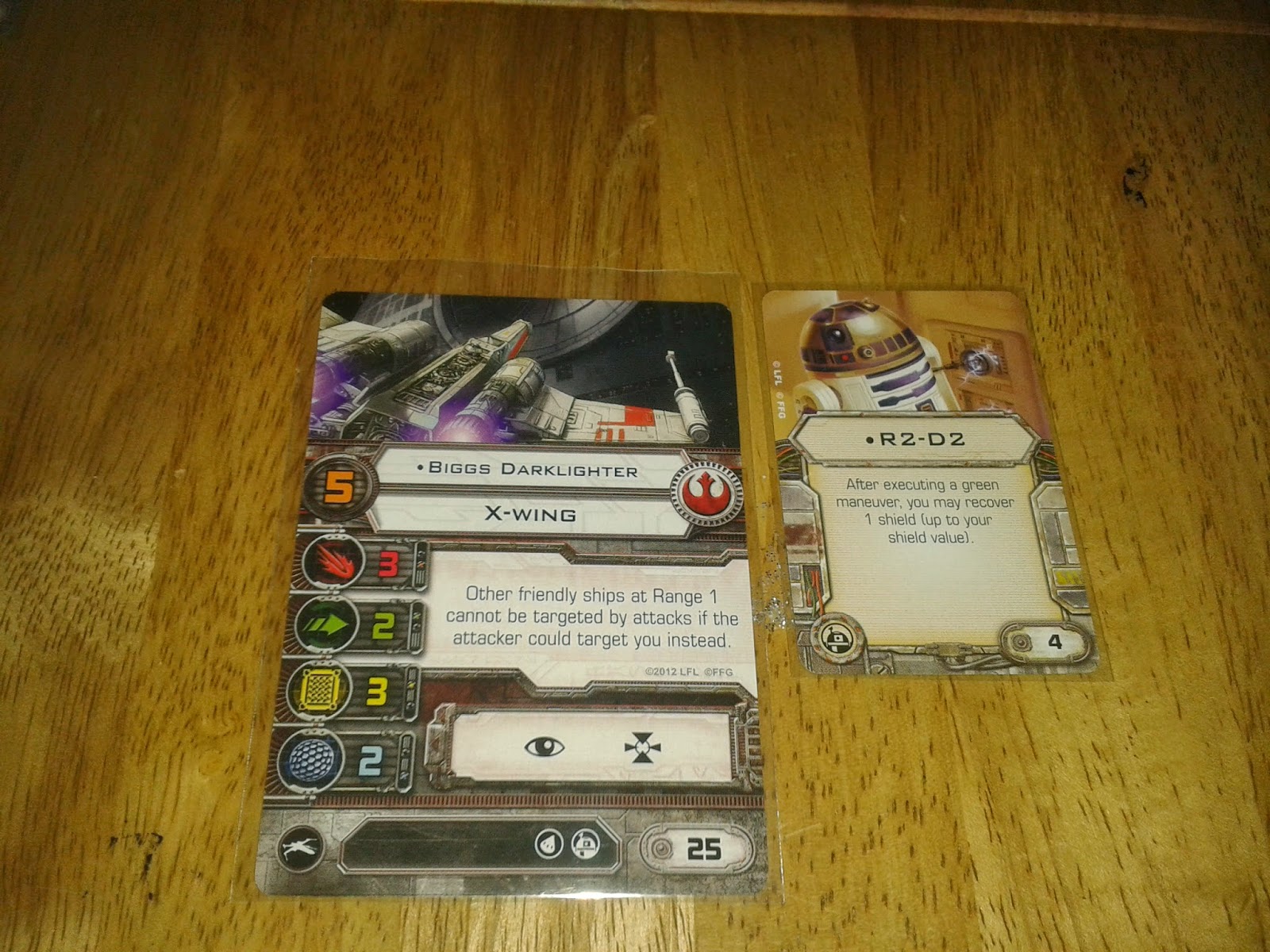 a good combination with biggs ability to draw fire, is R2-D2, as he can provide a shield back each turn 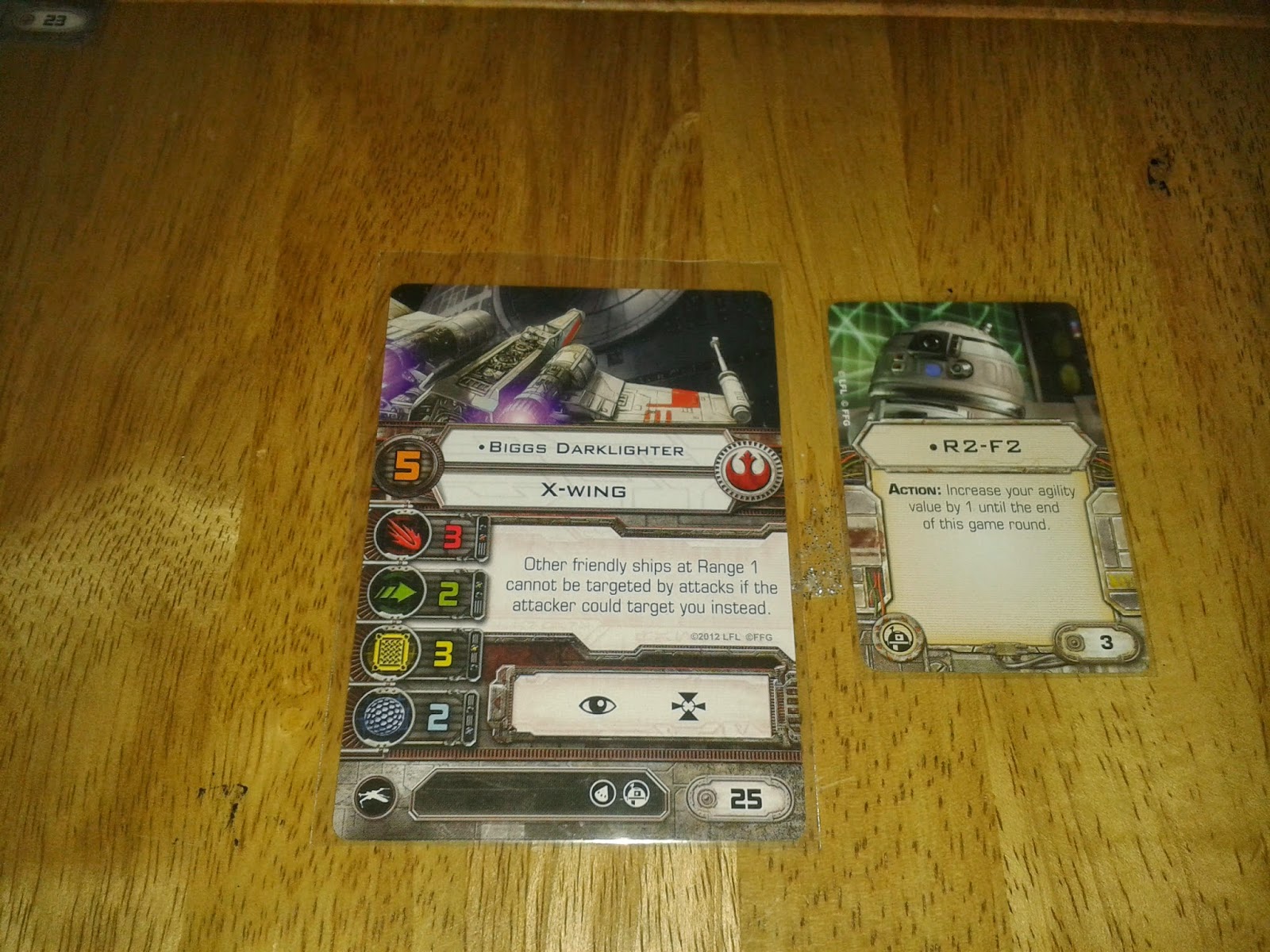 another good match for biggs is R2-F2 who can add an extra agility dice. handy to draw fire and dodge enemy attacks hopefully 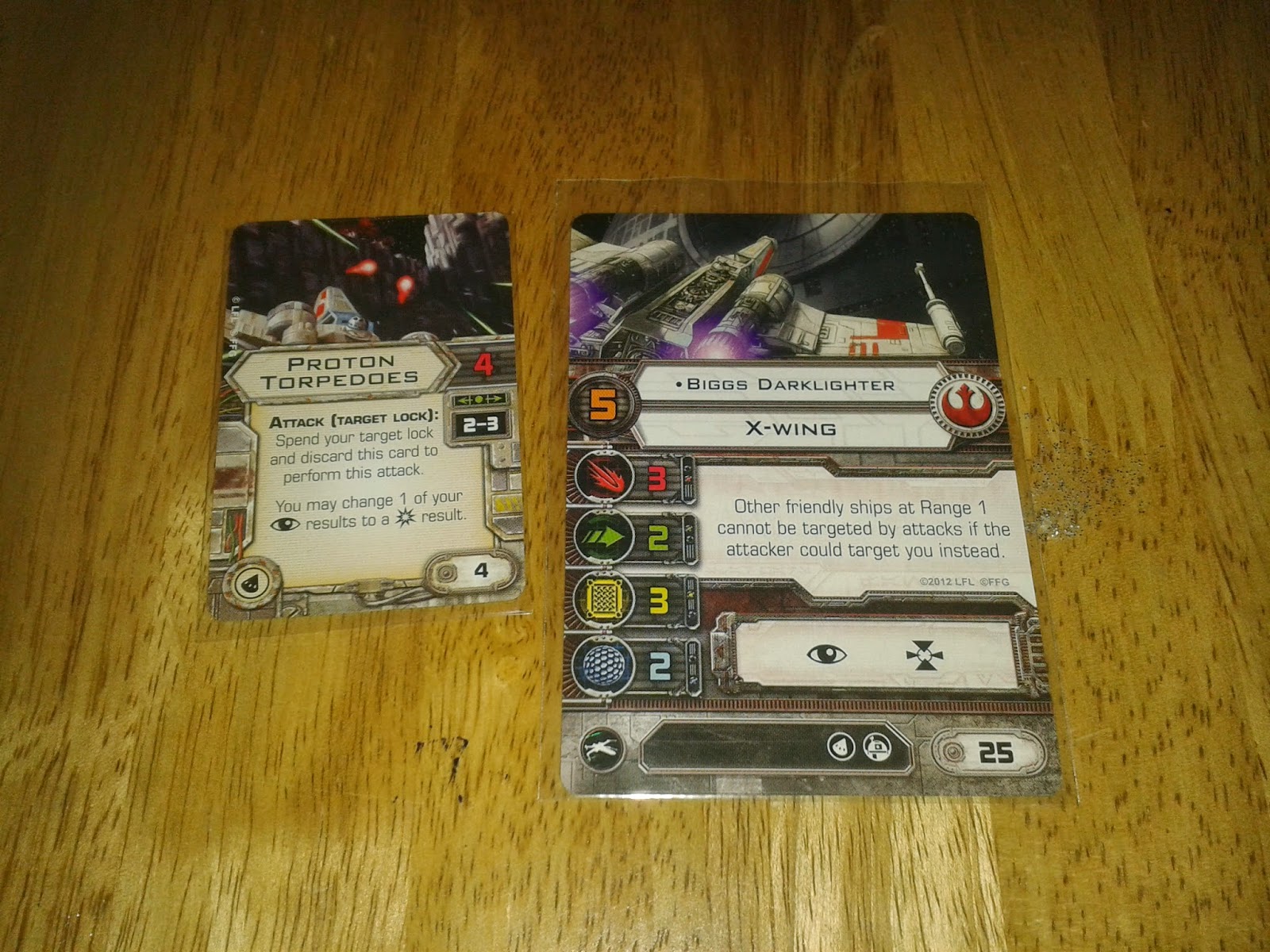 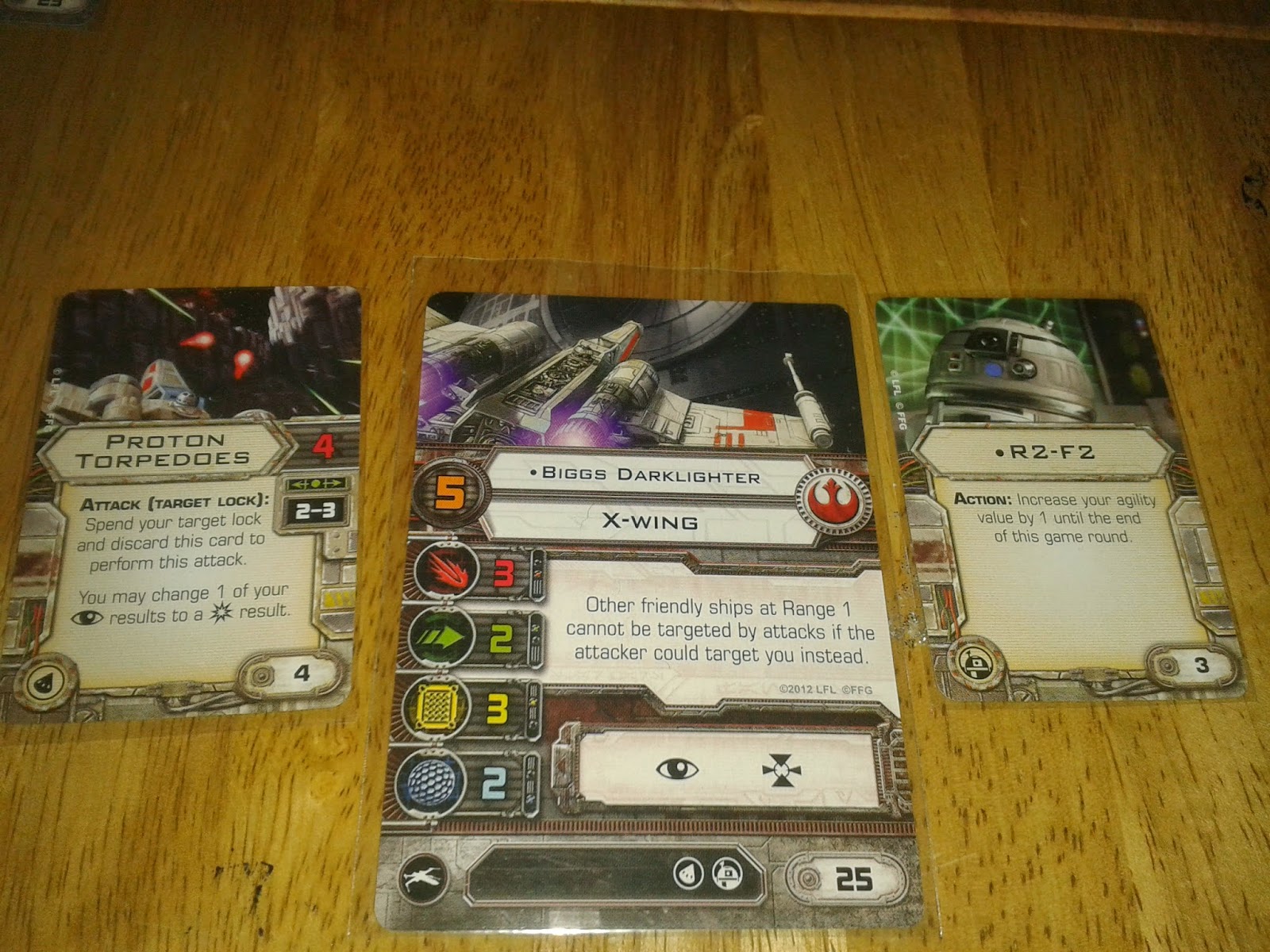 or try some mixtures 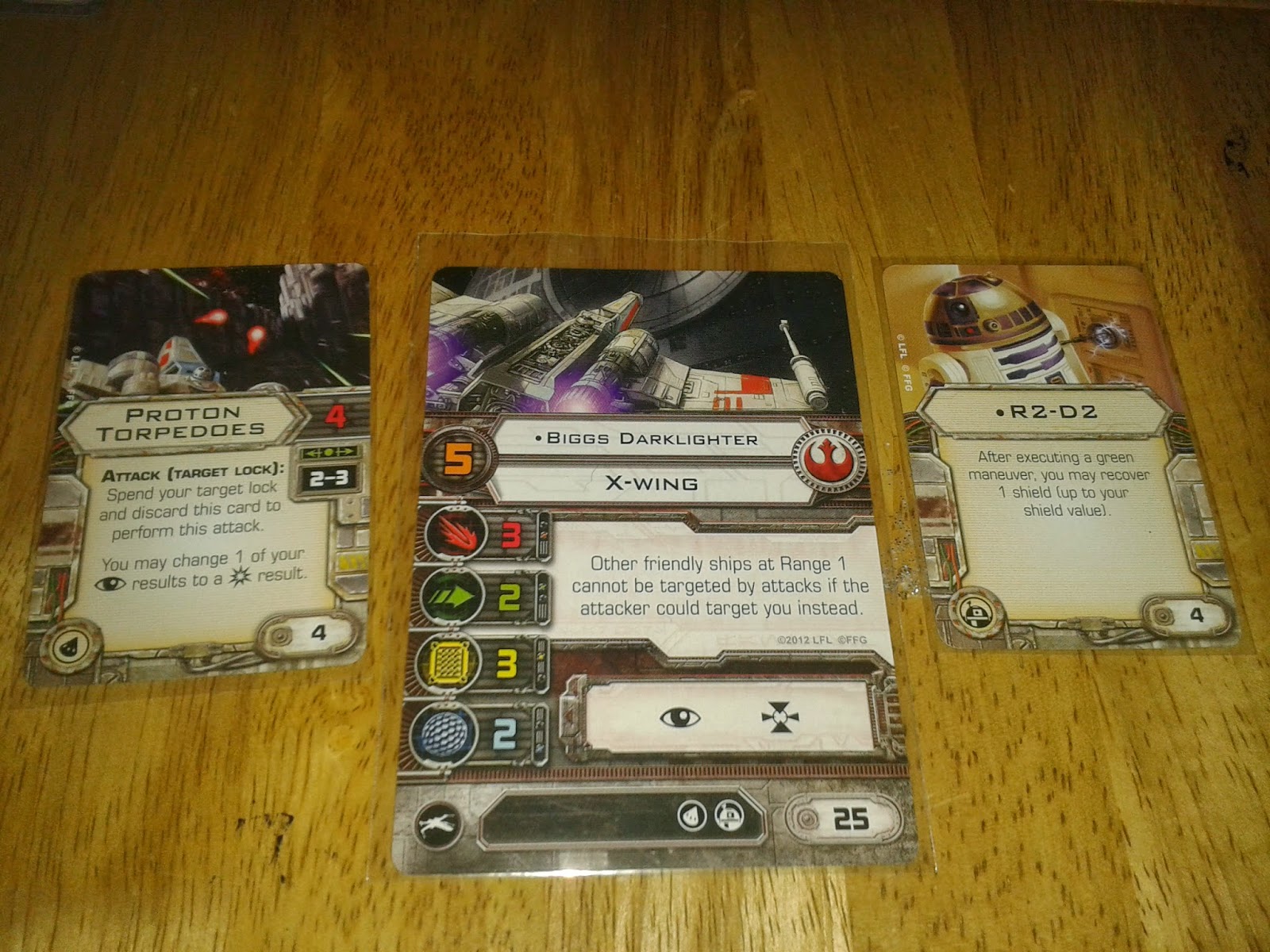 lots of combinations to try, for defending another ship biggs is hard to beat.

The last and final pilot is Luke Skywalker. 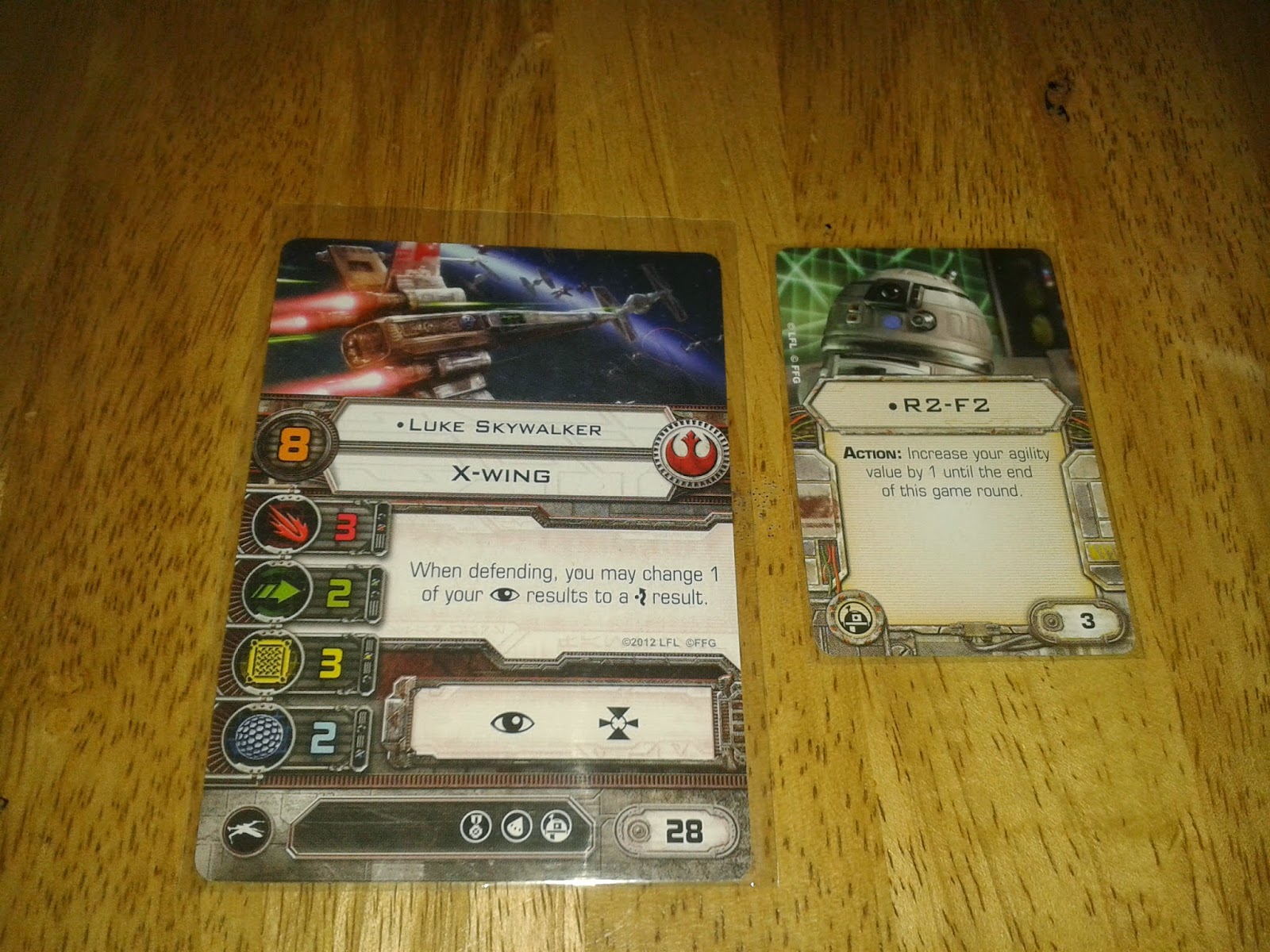 Lukes natural ability is to convert one "eye" result on the dice into an evade, so combinied with R2-F2 he is slippery to hit. 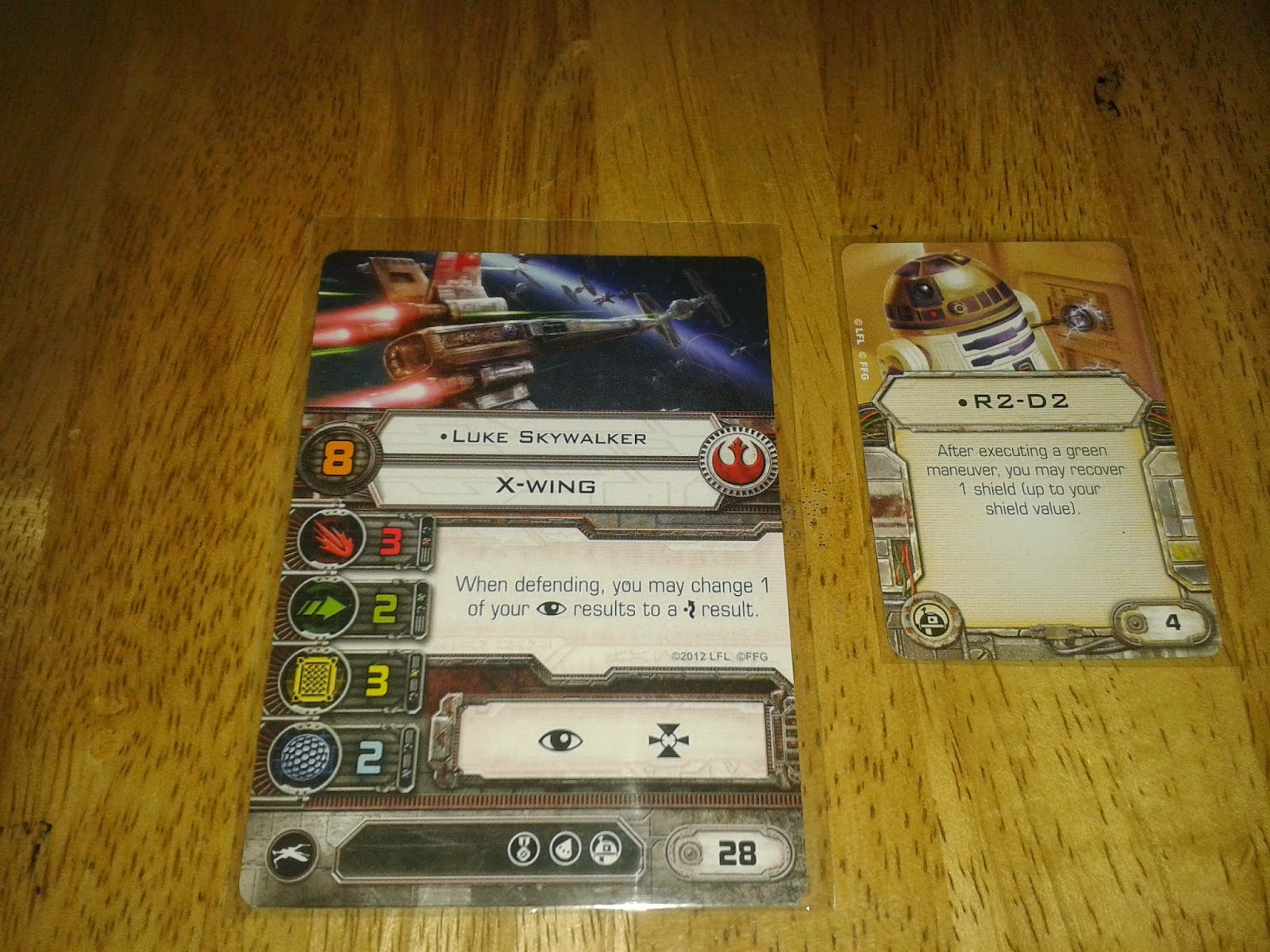 With his built in defense, adding R2-D2 to bring back shields is a solid choice. 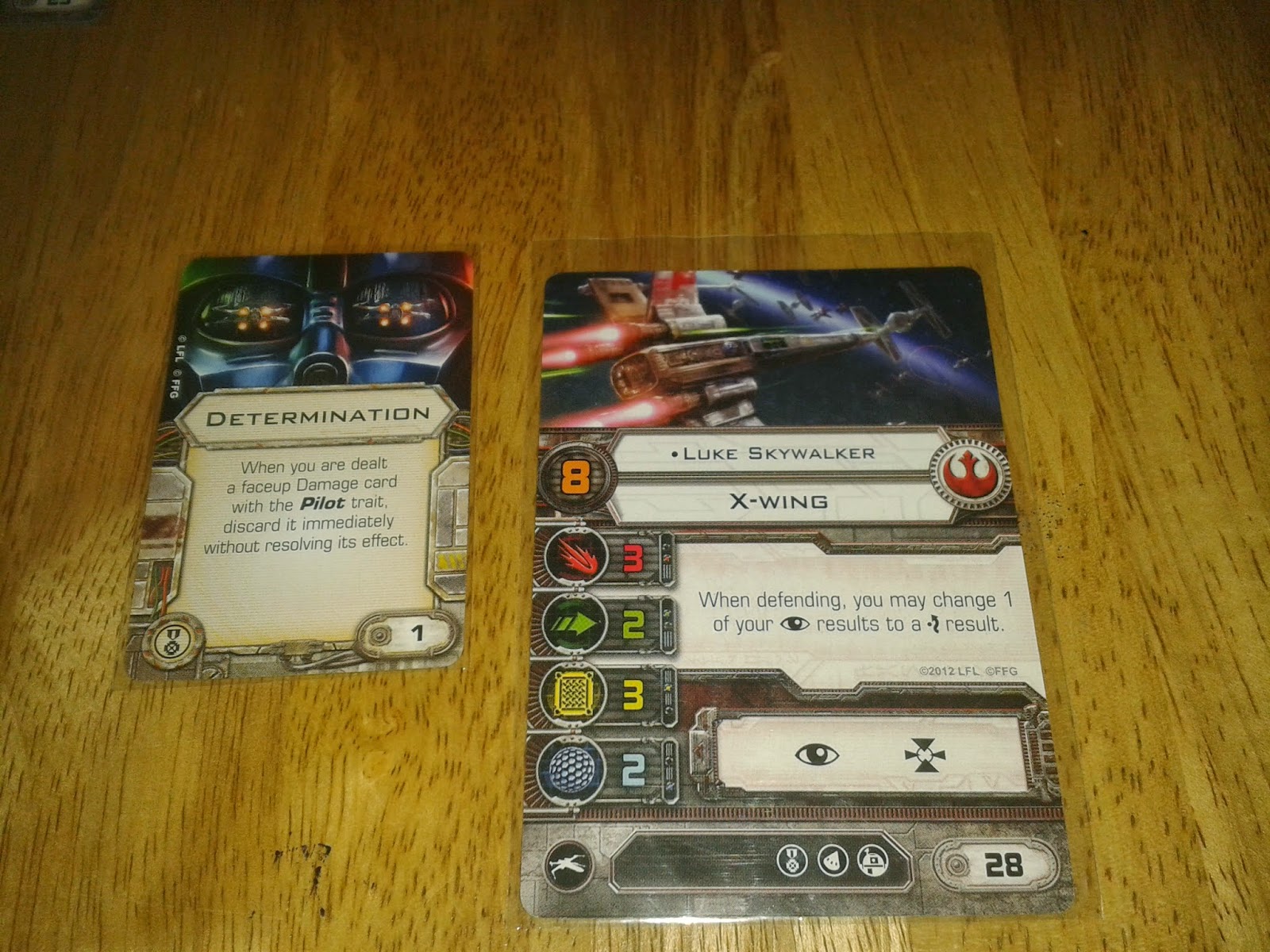 Taking Determination as a pilot skill for luke is handy, if things get through it gives a chance to keep going. Though in my opinion Determination is the weakest card in the core set. 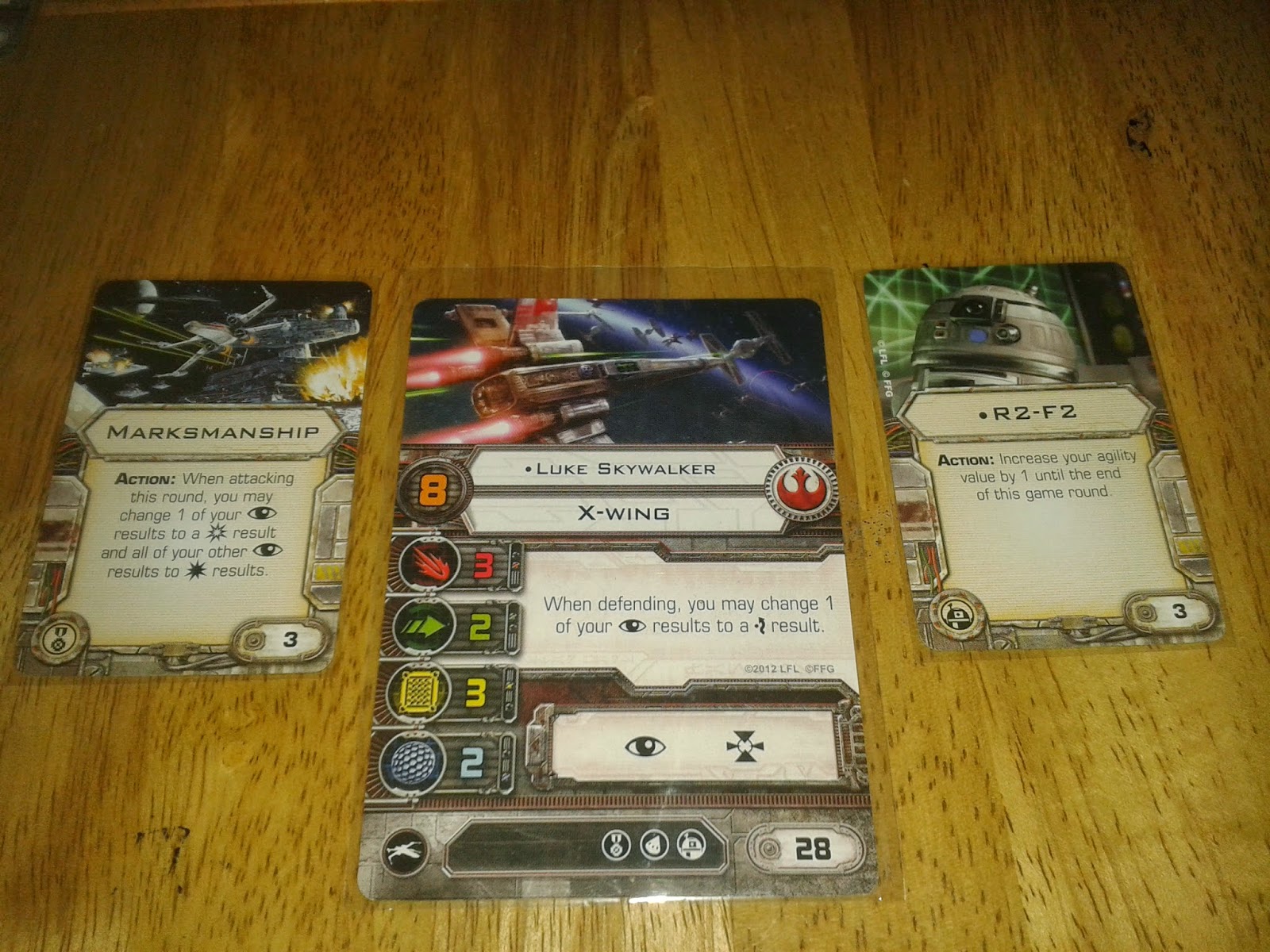 With R2-F2 and Marksmanship luke can be optimised for defence with an extra agailty and his natural evade, or attack with marksmanship acting as a more devasting focus ability 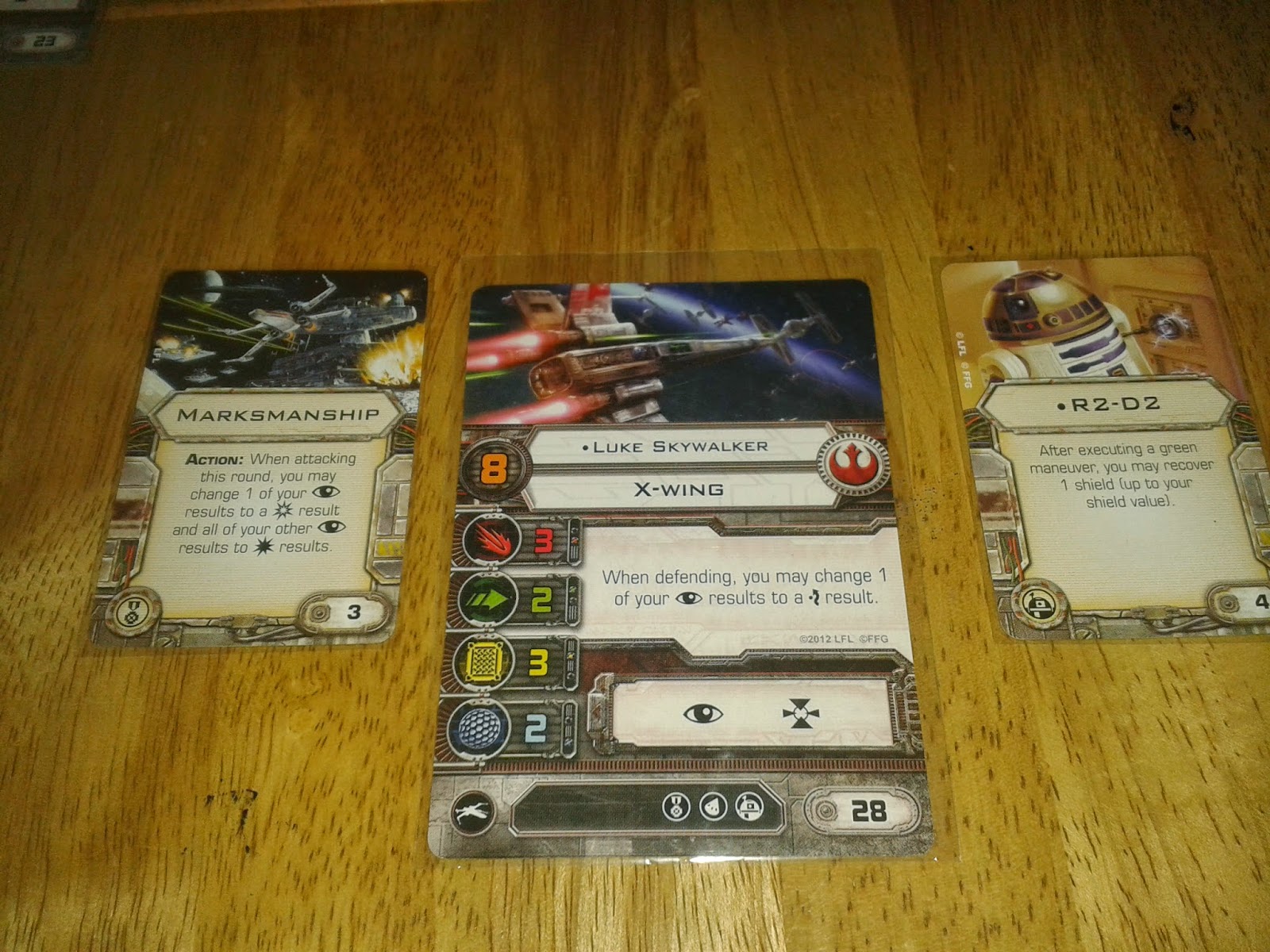 its similar with R2-D2 as well, giving him attack and defence abilities, making him solid and hard to destroy.  For the missions where you are running solo, Luke is the go to guy, more so then biggs a his ability effects himself unlike biggs who acts on others. for the escort missions, biggs is the man, running solo (nice star wars joke though) luke is the man!

Next time we are going to take a look at the imperial pilots, to get an idea what they can do.
Labels: Fantasy Flight Games Star Wars Xwing