The Headhunter is a great cheap rebel ship, so in this article we look at how you can use the Headhunter's pilots to their best ability. It's a 2 across the board ship with a good dial.

So, the fist pilot that comes in the set is the humble Bandit Squadron Pilot, at pilot skill 2 he is not 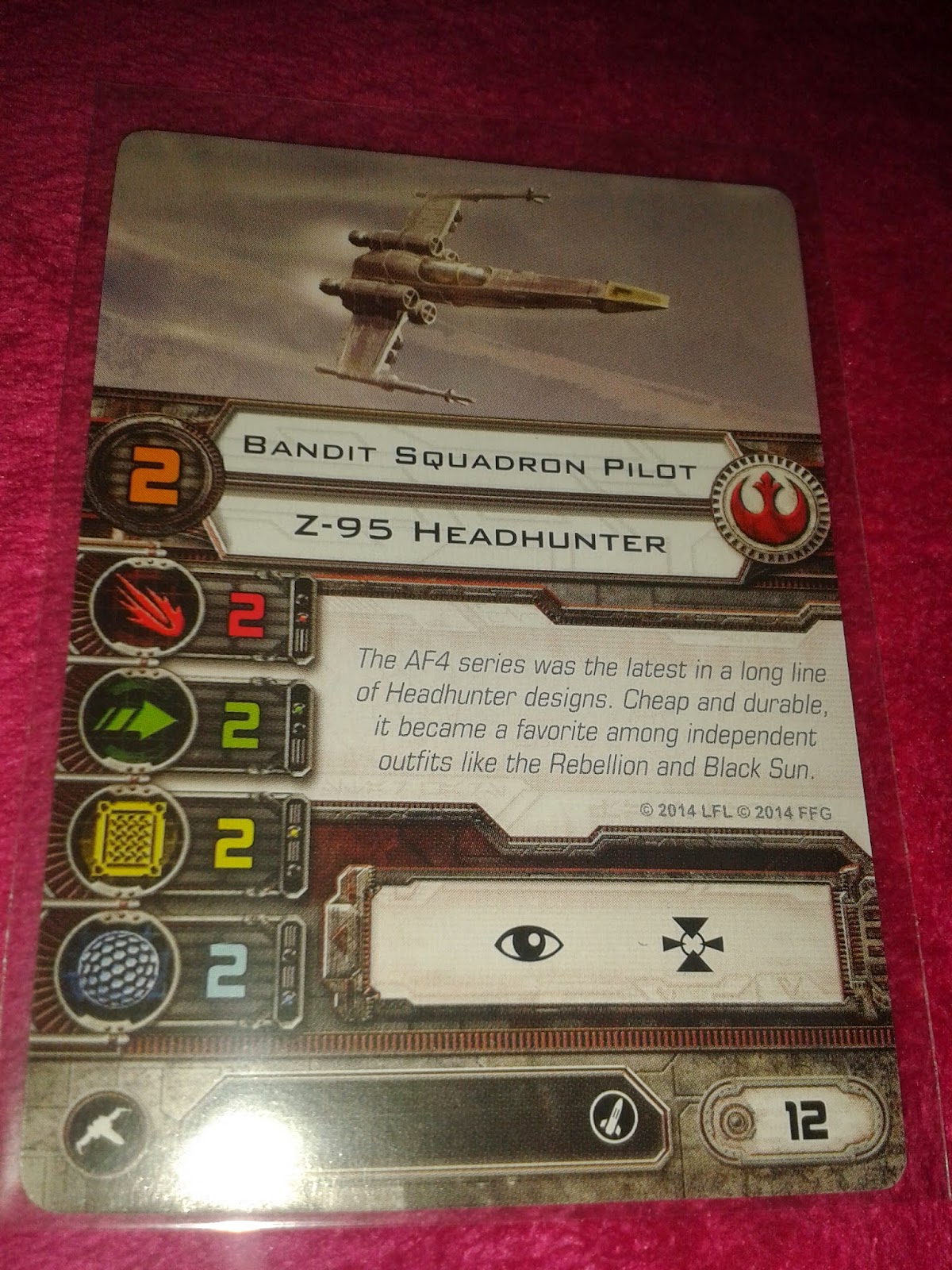 the best, but he can still hold it and for only 12 points for a 2 across the board ship you cant really complain. He has a missile upgrade slot if you need it as well.  That option on a 12 pt ship is not to be sniffed at, though as missiles are expensive I do not know how many times you may want to use this. 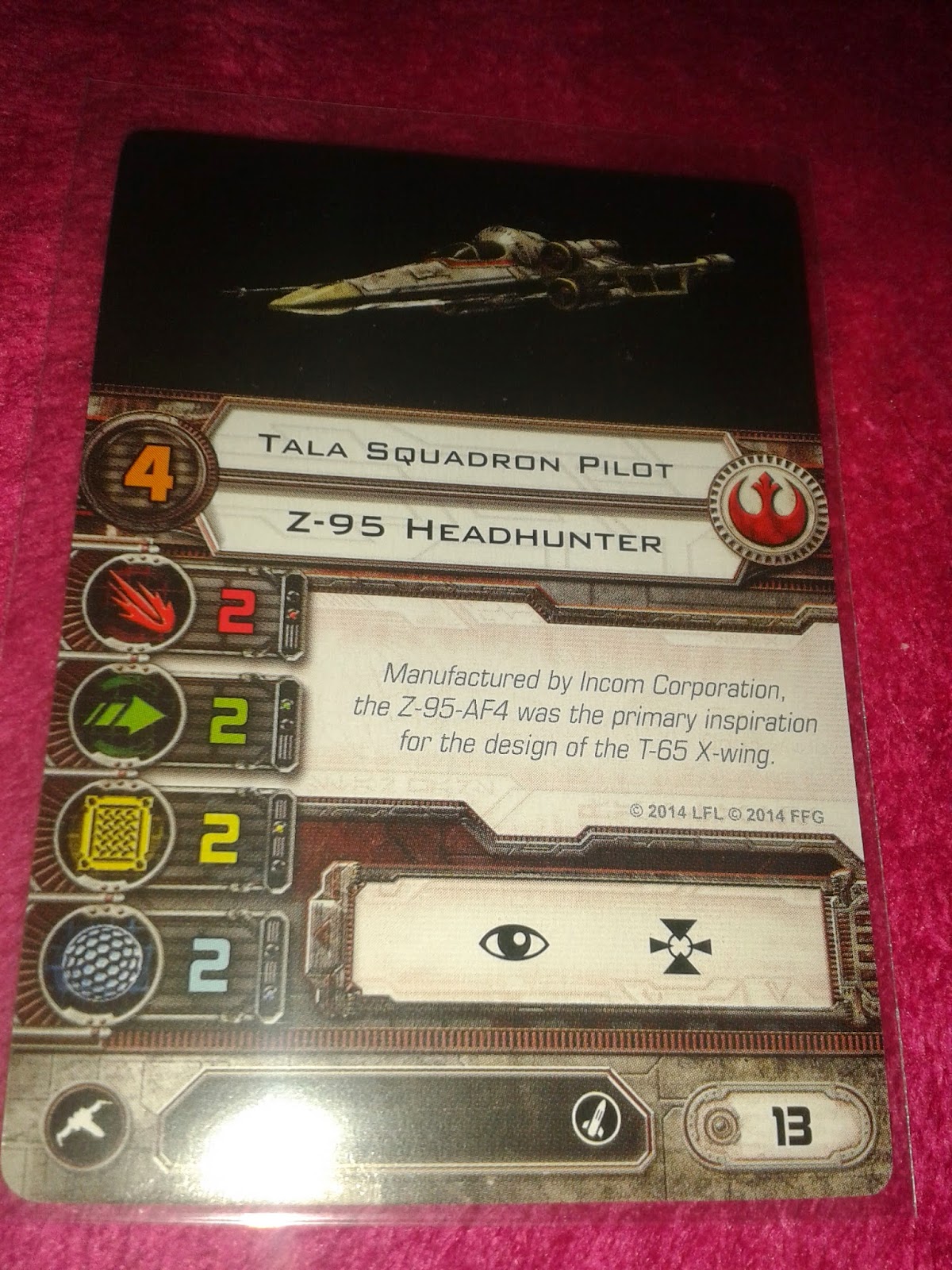 The Tala Squadron pilot, for an extra point in cost you get a pip increase in pilot skill making him a solid choice for mid level activation.

Then we move onto the named pilots, first in we have Lieutenant Blount. 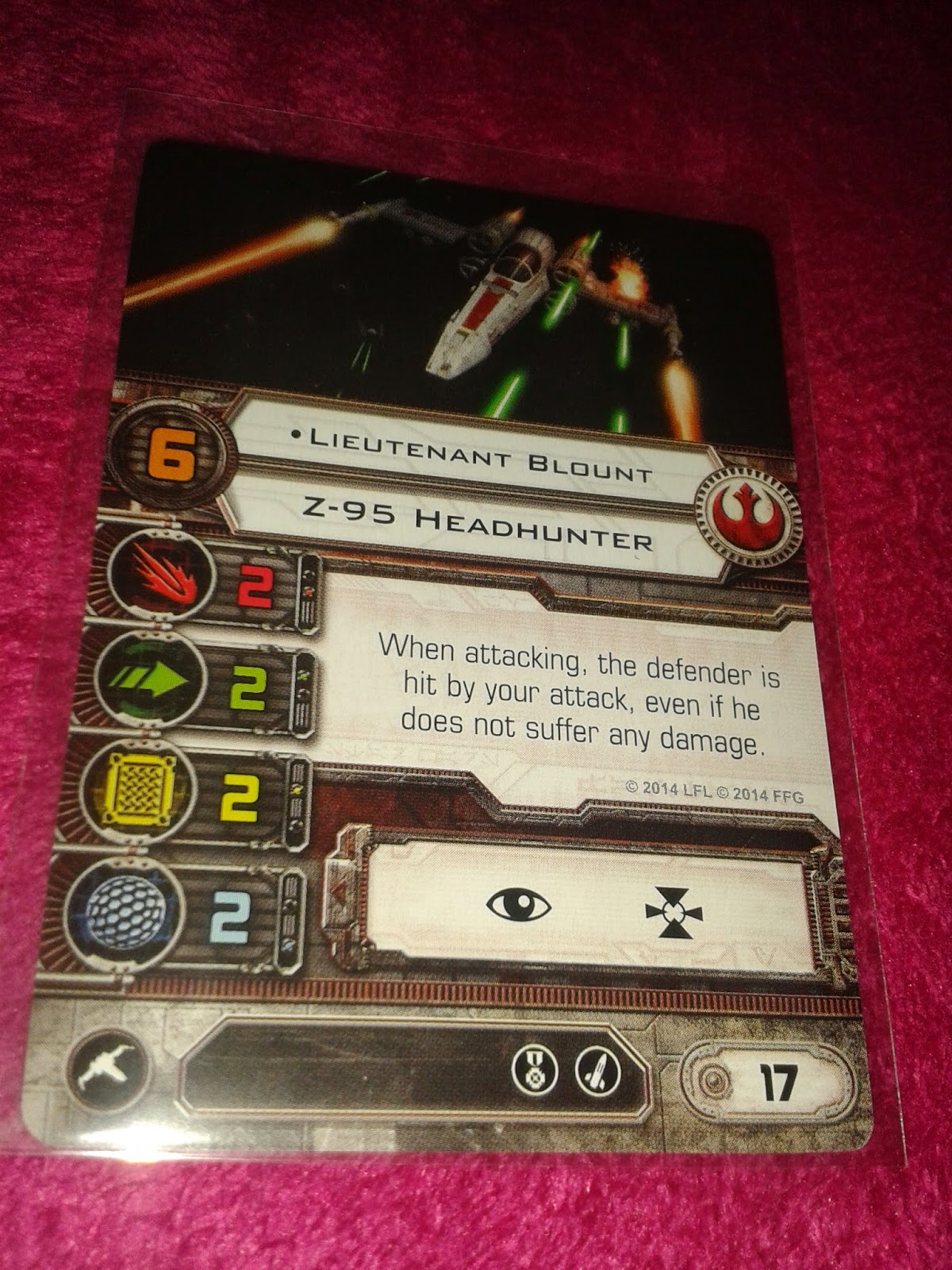 He is cheap at 17pts for a pilot skill 6 ship with an elite talent and a missile slot. His ability is good, but only great when you tool him up increasing his cost but also his effectiveness. 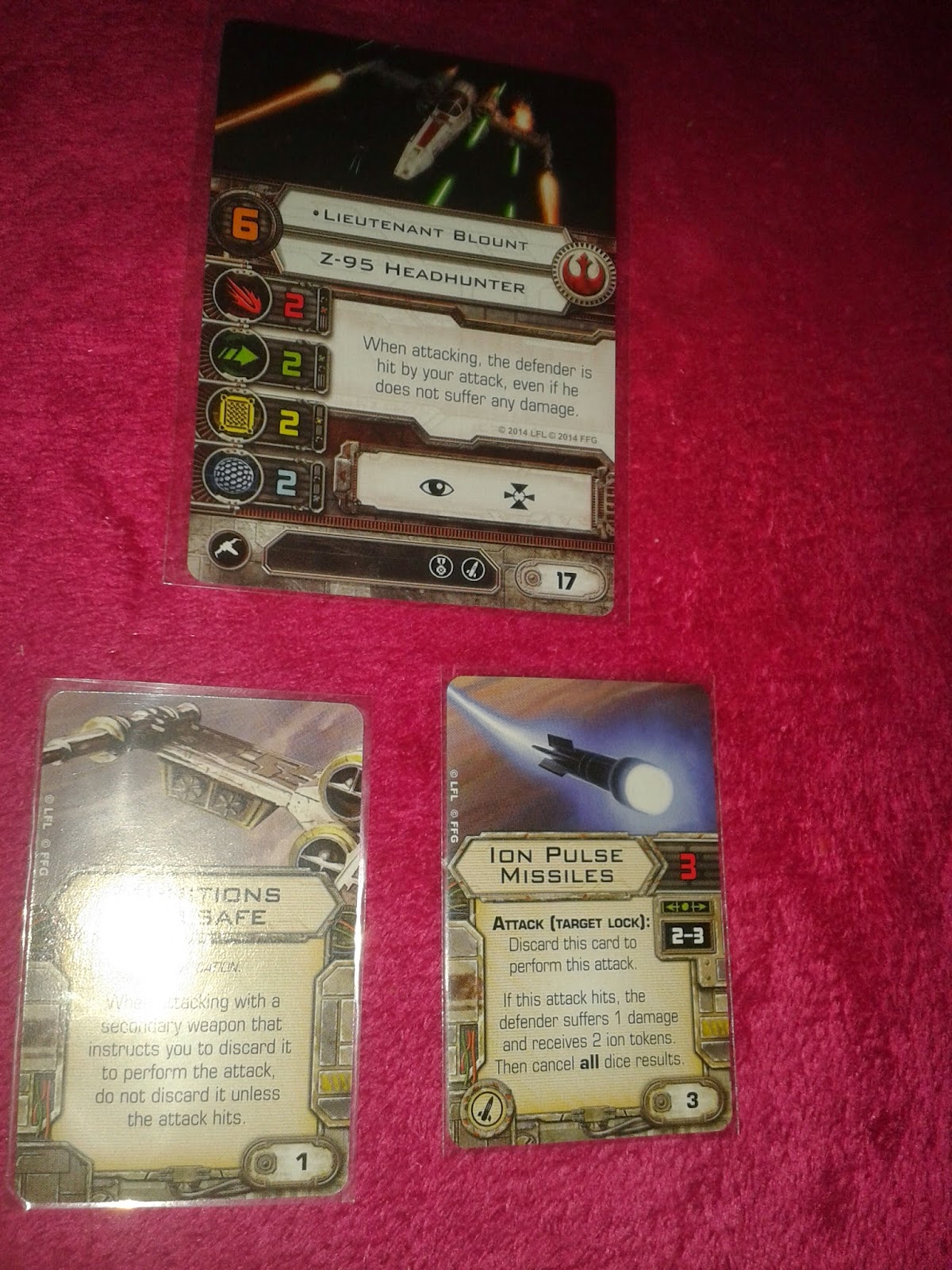 Now for 21 points you can have a nasty ion missile wielding monster. Nasty why? Well you add Munitions Failsafe.  With this you only discard your missile if it hits.  With Blount's ablility you still get the effect of the weapon if it does NOT hit. So with Ion Missiles, even if your enemy evades he sill gets the effects of them, and you still keep them because of Munitions Failsafe. very handy.

Rounding out our build we take a look at our last pilot. Airen Cracken. 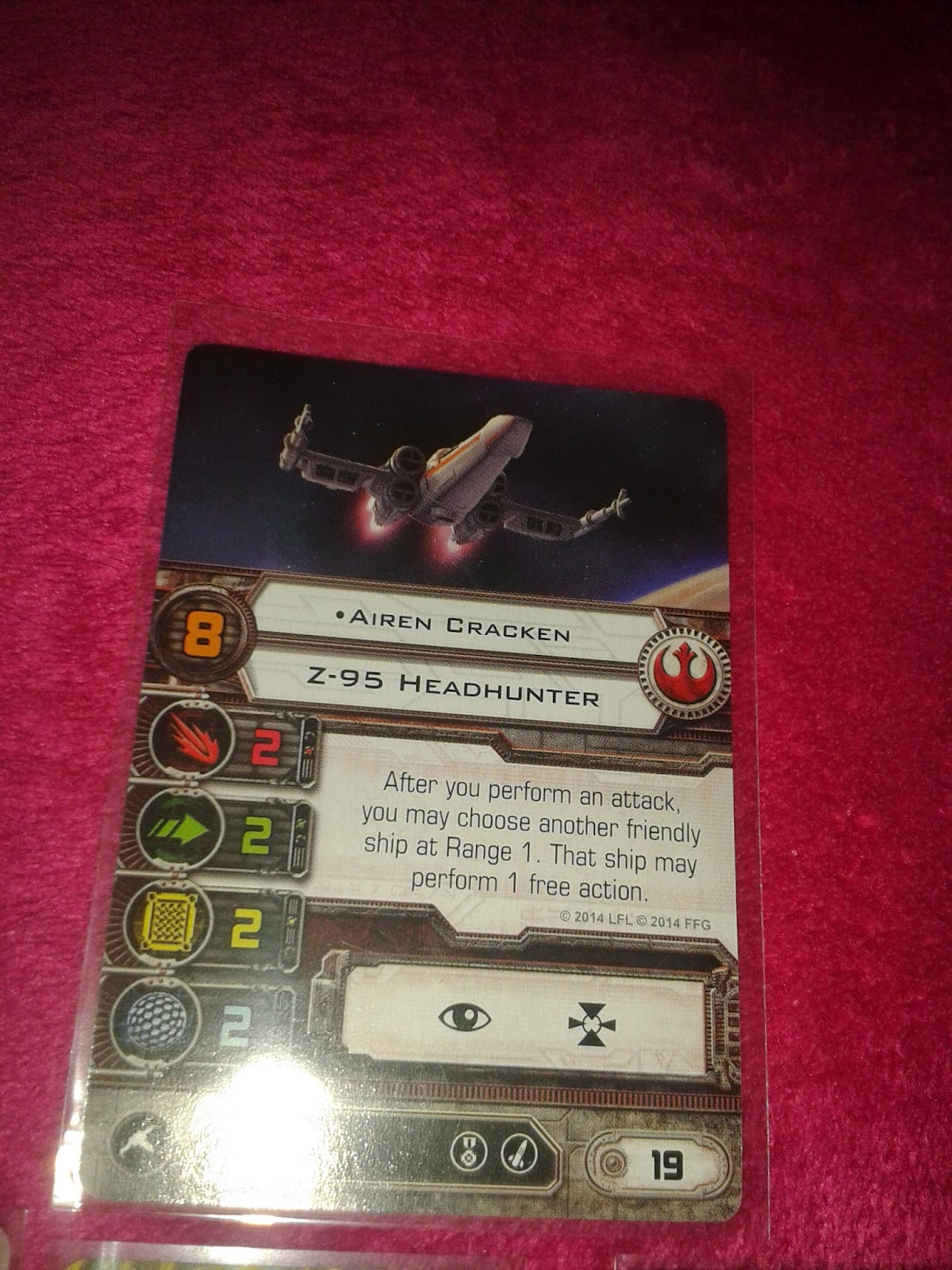 19 points pilot skill 8? Not to be sniffed at all, with a elite slot you can give him Veteran Instincts, bumping him to a 20points Pilot Skill 10 ship! His ability is very handy as he has a high pilot skill he activates later and shoots early, and when he attacks he can pass a free action to another ship at range one which is very useful and means he is handy for running close formation with a buddy. 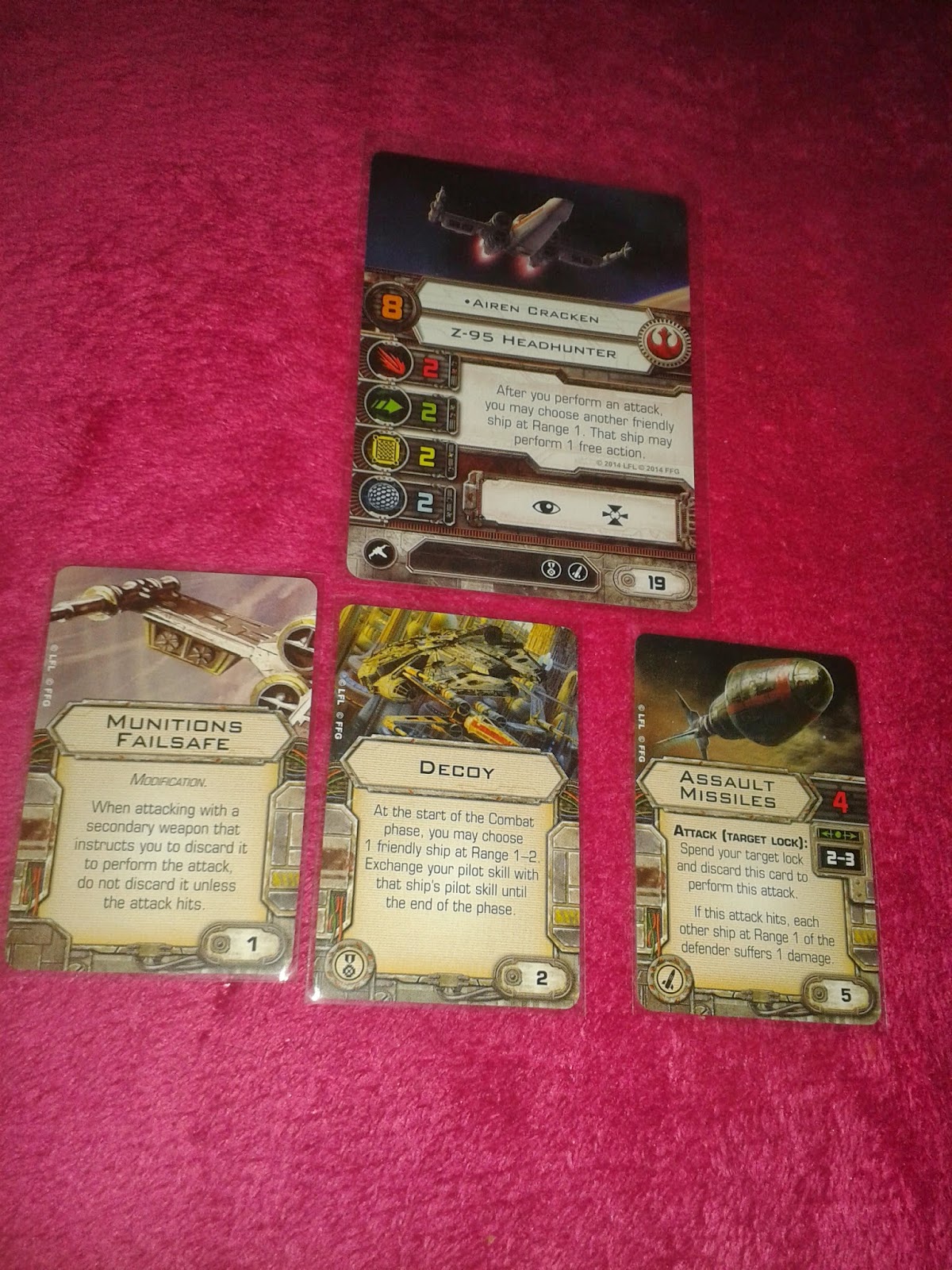 Tooled up right again with Munitions Failsafe and Assault Missiles here to clear swarms he is potent, and adding decoy means he can be a bit sneaky too allowing him to swap his pilot skill with another ship to flip things around and provide that ship you need to do its thing.

All in all a cheap little ship, that adds some versatility to the Rebel fleet at a good price point.