The Tal'Kir was a Vulcan D'Kyr-type combat cruiser that was in service with the Vulcan High Command in the mid-22nd century.
In 2152, the Tal'Kir was assigned to rendezvous with Starfleet's Enterprise NX-01 to transfer a time travel pod from the 31st century back to Earth. While waiting at the rendezvous coordinates, the vessel was attacked by four Tholian starships, which disabled the Tal'Kir's engines and weapons and badly breached the hull on its port side, though life support remained stable.
After the Tholians withdrew, the captain of the Tal'Kir pointed out to Captain Archer that "a ship can be replaced." Archer noted he wanted to send his appreciation for helping them, and Enterprise continued on its mission. A Vulcan ship was later sent to tow the Tal'Kir back to Vulcan 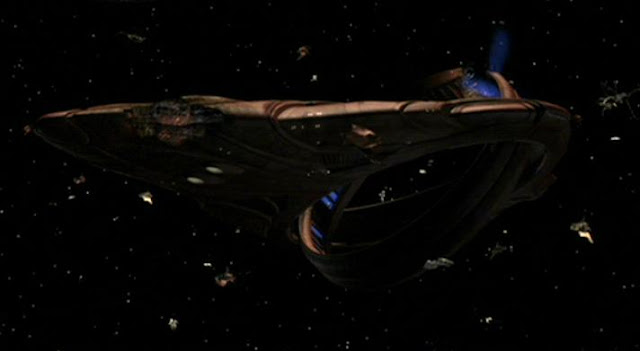 The Tal'Kir is a op blind ship, not a retail, so its harder to come by.  Lets dive in and see what you get. 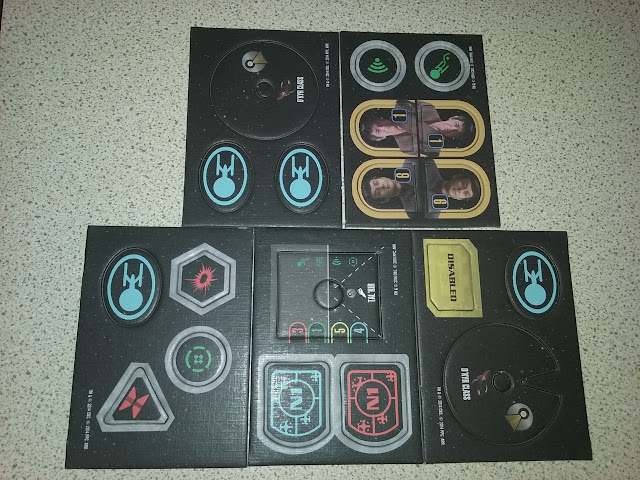 As always the nice usual slab of tokens.  As you can see the Tal'Kir has a wide 180 degree front arc good fro keeping ships in shot. 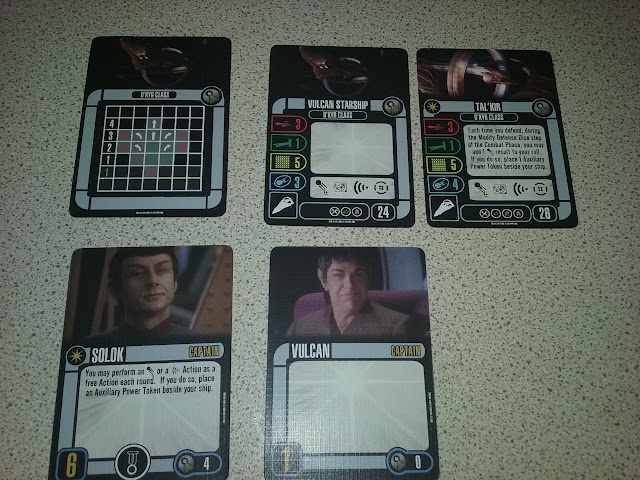 She isn't the most nimble ship around, all her hard turns being red, but she does a sneaky reverse.  You get the generic D'Kyr class card and the named ship.  She has average firepower low defence, high hull and good shields.  The names ships passive ability is each time you defend you can add an evade to your roll at the cost of an auxiliary power token, which is handy when needed.  Solok is our captain from this one, skill 6 with an elite talent.  His built in skill is he can perform an evade or scan as a free action each round for the cost of an auxiliary power token.  Handy to give more actions when needed.  We also get our generic Vulcan captain. 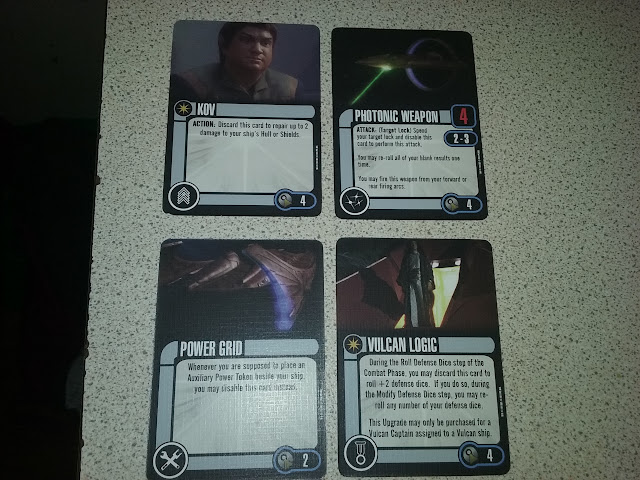 We get Kov as our crewman, he is a discard action to repair 2 damage to your hull or shields.  Photonic weapon fills the weapon slot for this ship, a 4 attack weapon that allows you re-roll your blanks once.  it is also useful as it can be fired from the ships rear arc, and with a 180 front arc and a 90 rear arc there aren't many blind spots on the ship.  The tech upgrade is  power grid which you can disable instead of taking an auxiliary power, which with the captain and named ships ability is very useful and good synergy.  Lastly in the pack we have the elite talent Vulcan Logic which is a discard for to roll 2 extra defence dice, which you can re-roll. 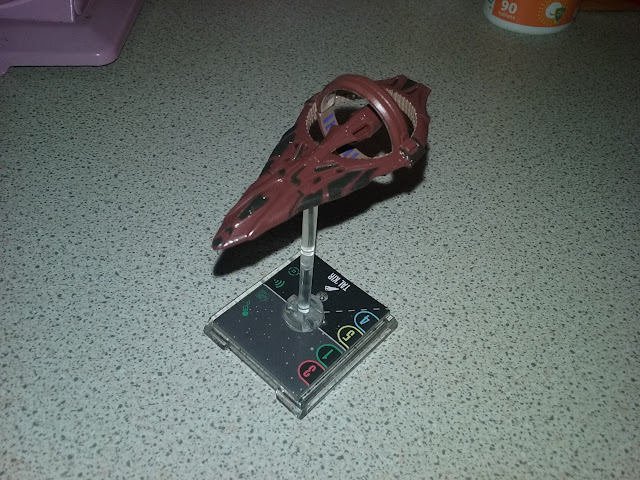 The ship itself is a nice model, the same as the previous D'Kyr, though the science module is the other way up on this one.  I think it is a great looking ship, and a good addition to a very limited faction.