Today we look at the first of our packs for D&D attack wing.  The Frost Giant.  Its a huge model, but what is it going to add to the table top? 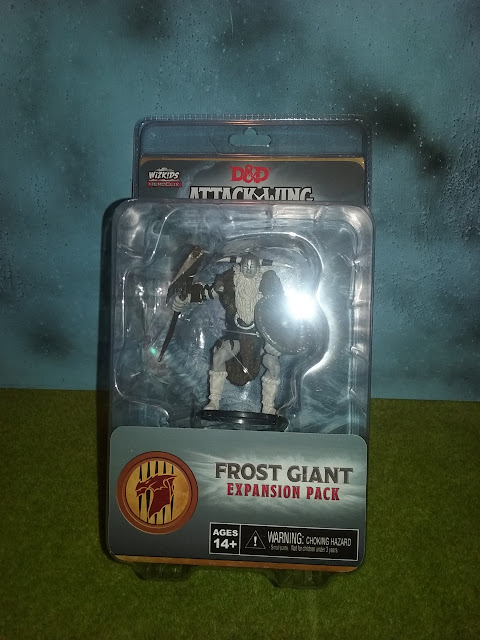 Jarl Horn is considered the most sinister Frost Giant alive by his clansmen, and that's saying something! His Frost Greataxe and Blackguard's Mail make him a formidable opponent as well. Few challenge his authority, and those who do soon regret their mistake.

Lets break it open and see what comes in the pack 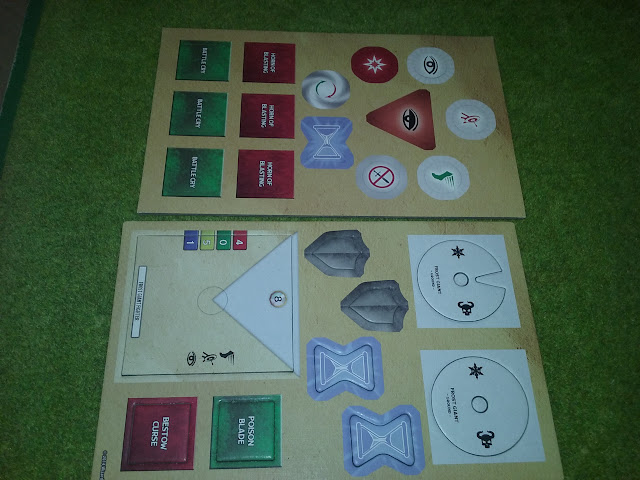 We get two slabs of quality tokens, all clearly marked. 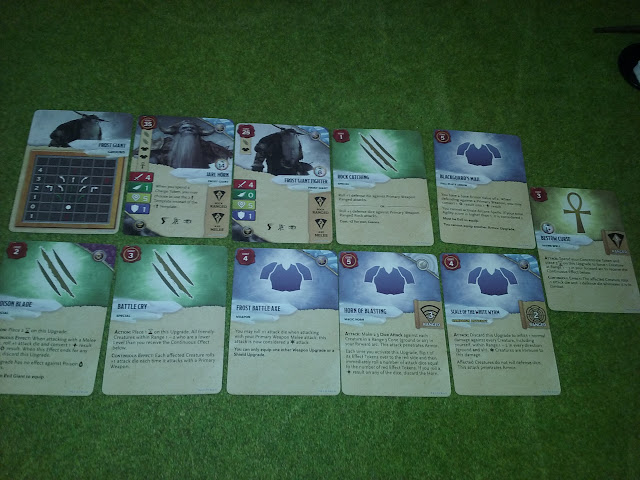 And a nice selection of cards 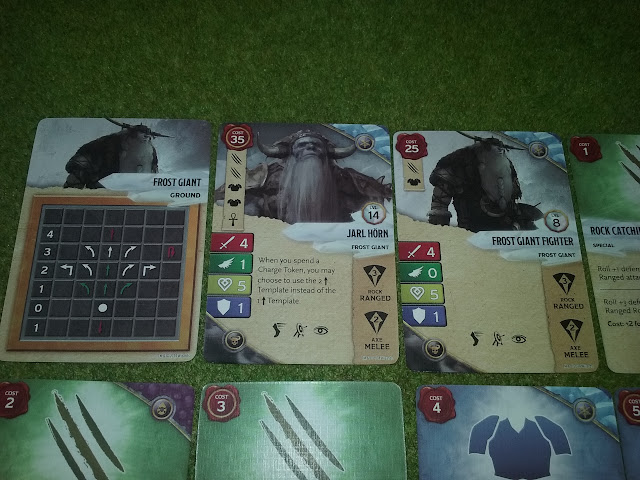 The frost Giant is farily nimble on the ground considering his size, he can pivot, and can go up to 4 forward but will take an exhaustion token.  We have the Generic Frost Giant fighter for 25 points, and then the named character of the pack Jarl Horn. He comes in at 35 points, is of Evil alignment and has a 4 attack.  He has a ranged attack up to 3, and his melee is range 2.  He hits hard with 4 attack dice, has one evade 5 health and 1 shield so he can take a beating.  His special ability allows you to use the 2 template instead of the 1 when using the charge action, so you want him to just swing into the action and smash things up.  He also has a nice selection of upgrade slots, with 2 monster upgrades, 2 equipment upgrades and 1 divine upgrade. 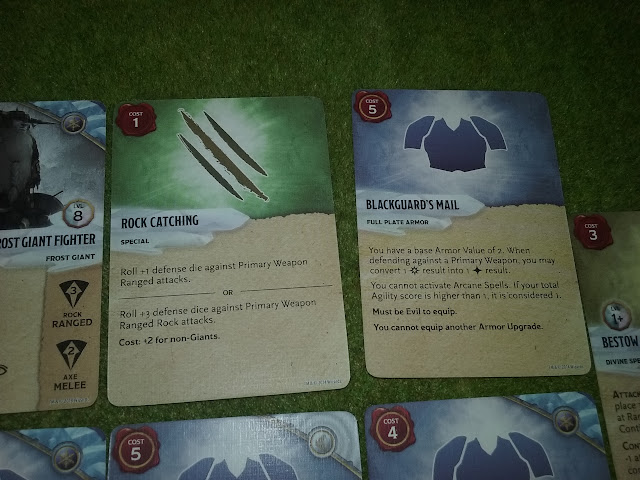 looking at the upgrades that come in the pack we have rock catching, it gives a plus one defence die aganst ranged attacks or plus 3 against rocks being thrown.  Blackguards mail increases his armour to 2, and lets you downgrade a critical hit to a regular hit. 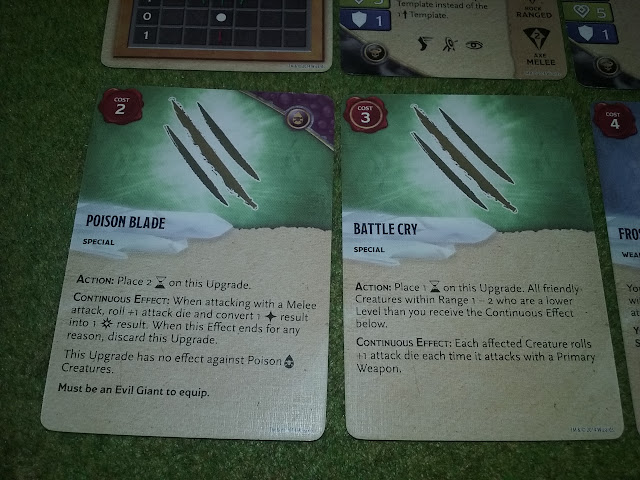 Poison blade when activated gives you a plus one attack dice and you can convert a hit into a critical hit, but when the two turns are up it is discarded.  Battle cry boosts up your forces by giving all lower creatures in range 1-2 an extra attack dice. 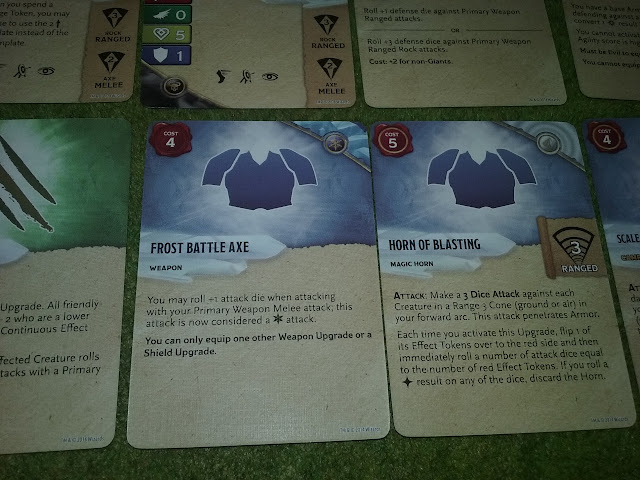 The frost battle axe is a great upgrade that gives you a plus one attack, and makes your attacks frost type.  The Horn of blasting provides a 3dice attack  in a cone to range 3, though the more you use it the more the chance you will have to discard it. 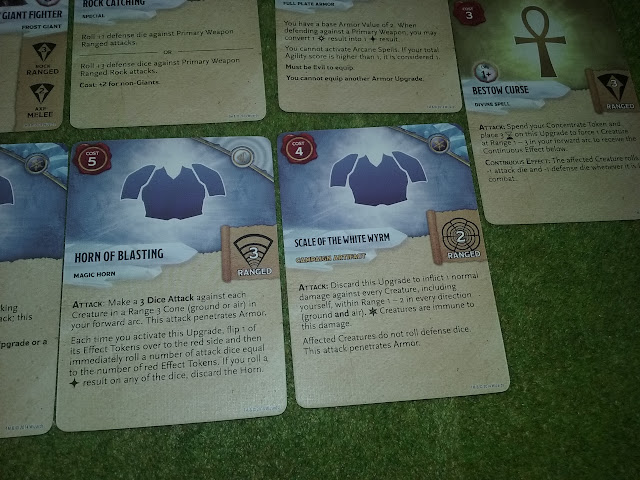 The campaign artefact is the Scale of the White Wyrm, which you discard to inflict 1 damage to all creatures in range 1-2 of you with no defence dice, and it ignores armour. It does noteffect Frost Creatures, so Jarl Horn will be fine. 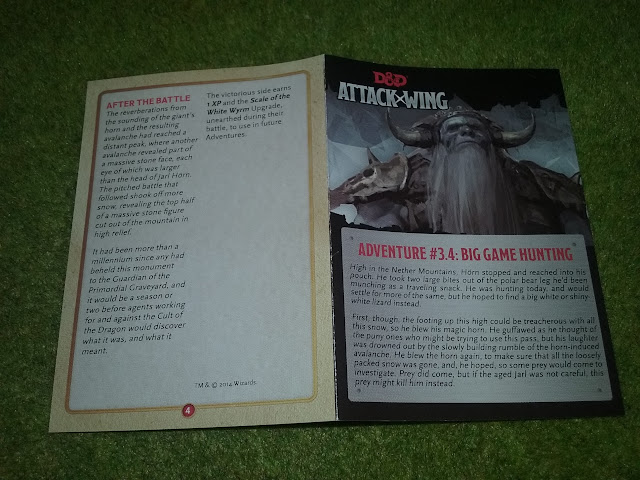 The adventure for this pack is Big Game Hunting, which is a tooled up Jarl Horn against 60 points of opponents, it looks fun and a challenge, and I am looking forward to trying it. 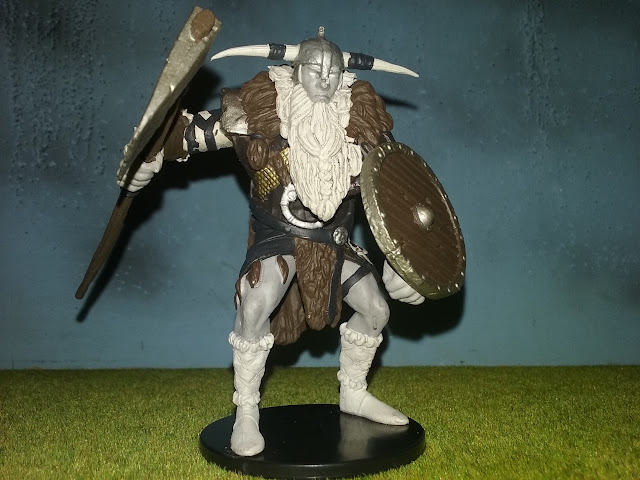 Its a great looking model, with plenty of detail, it comes with the adaptor to put him on the plastic base, so you can use him in Attack Wing or other table top or role-play games. 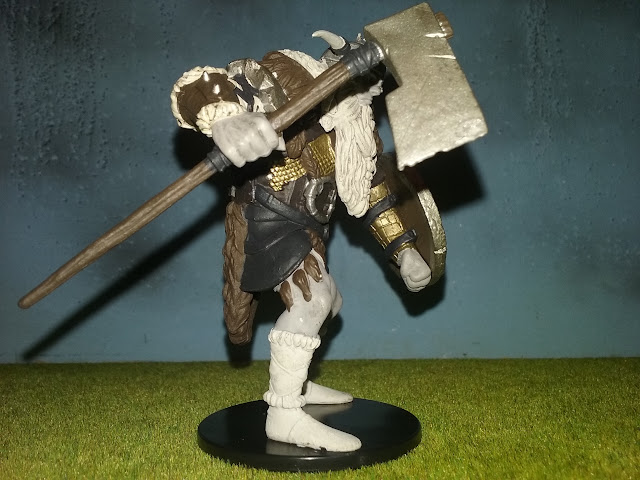 He will make a great centre piece to your force, and lead your ground forces in battle. 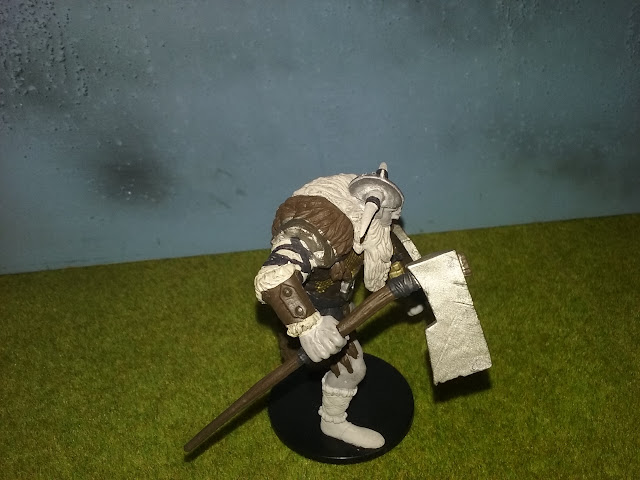 From all angles you can see the detail on the model. 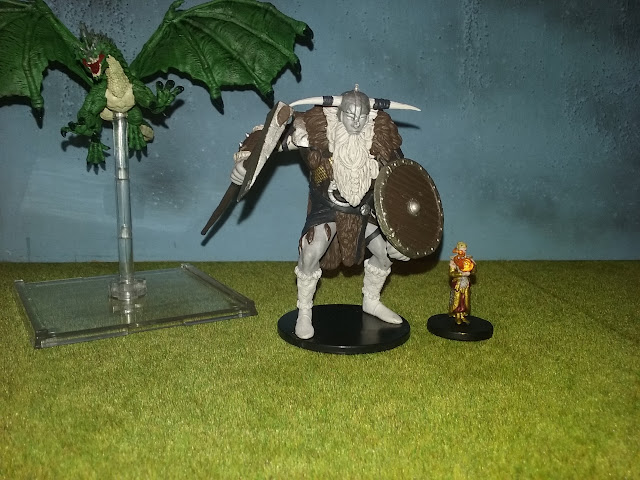 As you can see he is a huge model, dwarfing the sun giant mage, as any giant of course should, and in scale with the other models to.

He is a great addition to your forces as a gamer or collector, and he will add some power to your force.﻿
Labels: D&D Attack Wing dungeons and dragons review