The next pack we look at from the D&D Mega bundle is the Sun Elf Wizard. 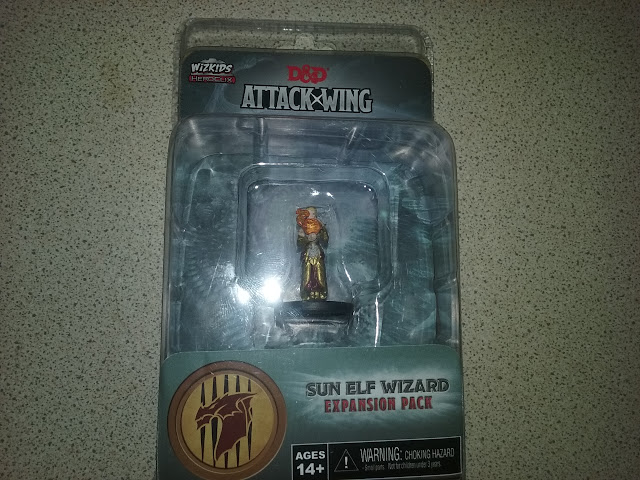 Sun elves have a deep respect for magic, particularly of the high magic variety, and often concentrate their studies on its nature and use. Sun elves have an advantage in this over other races, even other eladrin, for as a collective group, sun elves have a greater wealth of lore than any other, a collection accumulated over millennia. With the proper training, sun elven mages might be capable of warding an entire city or changing the landscape of a small region overnight, although such power is often used hesitantly and with restraint, the destruction of Myth Drannor and other disasters reminding sun elves that with great power, comes the need to restrain one's self. As a result, sun elves, as much out of an urge to prevent magical disasters as out of possessive arrogance, are hesitant to use their abilities learned as mages outside of their domains.
Lets take a look at what she adds to the game 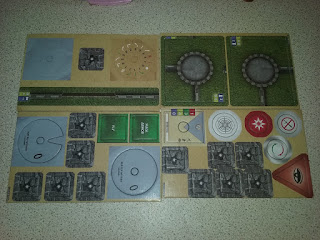 plenty of nice tokens here including some scenary for the adventure in the pack and of course its usable in normal battles. 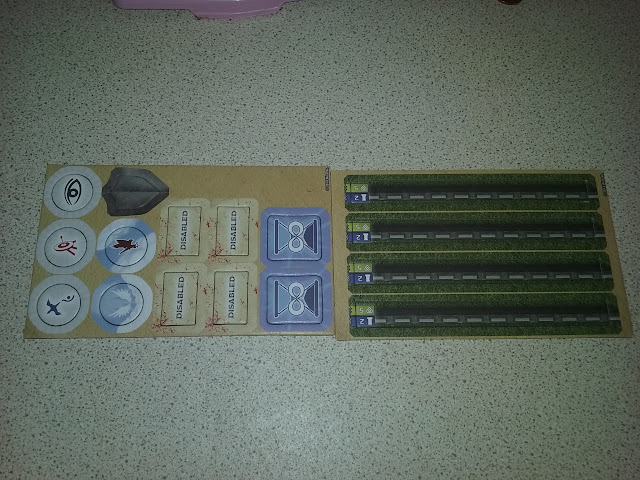 some useful wall sections to add variety to your tabletop. 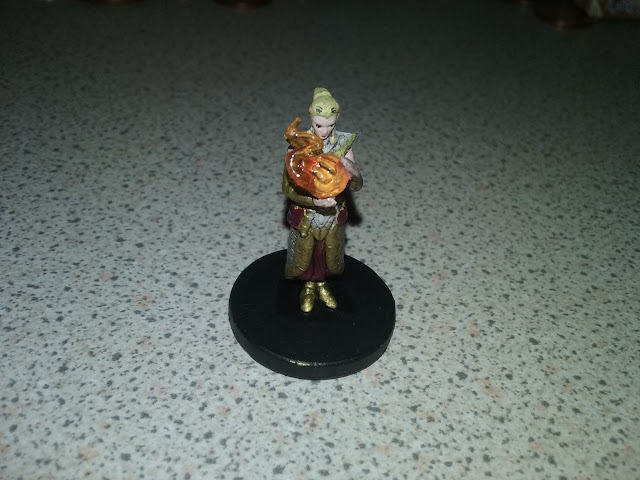 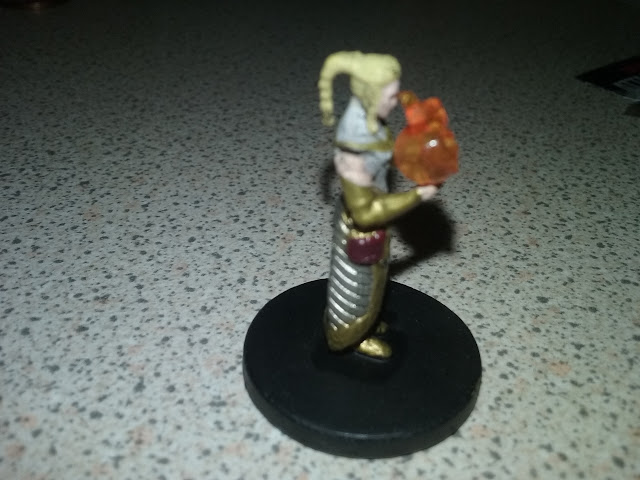 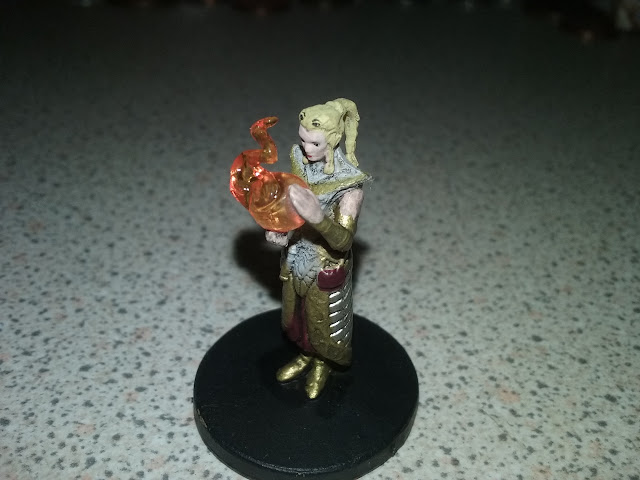 suitable for the roleplay game, or any system as well as this one, even on the shelf. 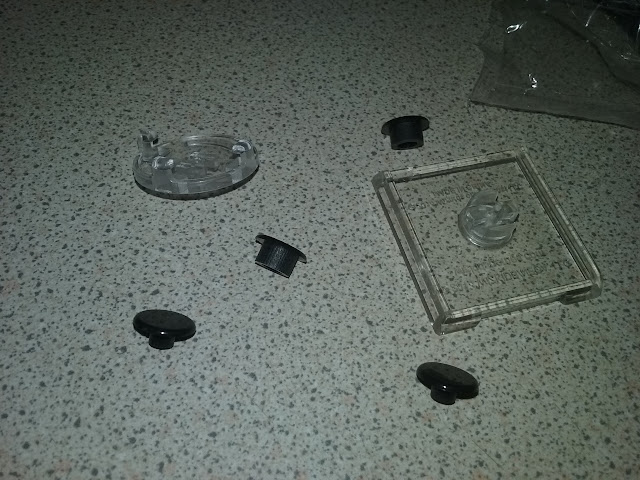 she comes with all the adaptors and dials and connectors needed. 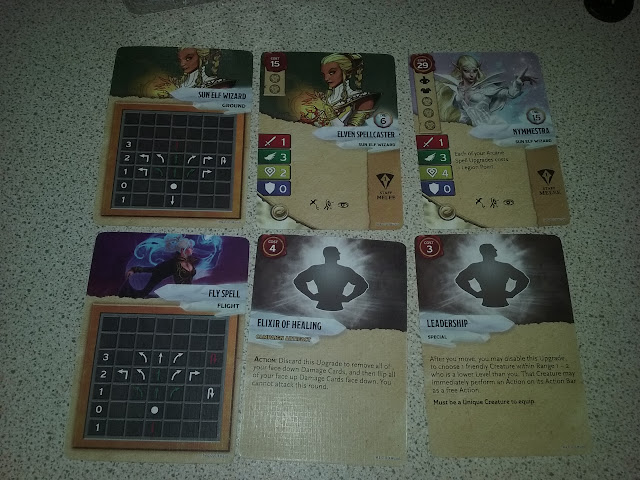 She is fairly nimble on the ground, and also come with the manoeuvre card for the fly spell.  She comes with 2 heroic upgrades, elixir of healing that you can discard to heal all your wounds backs.  Leadership allows you to disable it to allow an ally that's a lower level to perform an action. 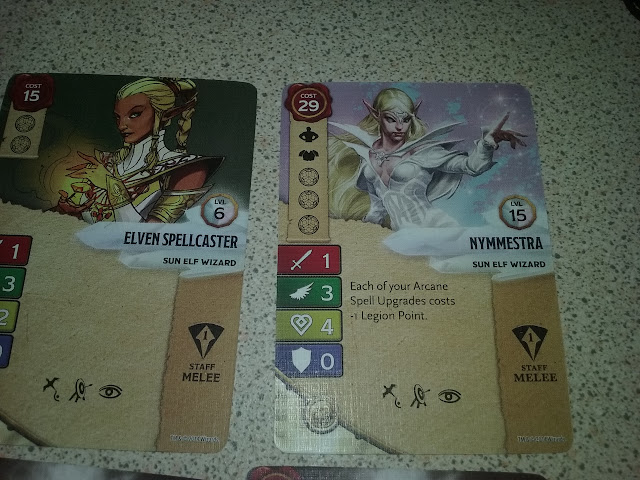 I love the art that comes on these cards, you get the elven spellcaster, and the named wizard Nymmestra. she only has an attack of 1, a defence of 3 and health of 4, so she doesn't hit hard, but that's not her job, she's a wizard after all.  She can take 3 spell upgrades, 1 equipment upgrade and one heroic upgrade 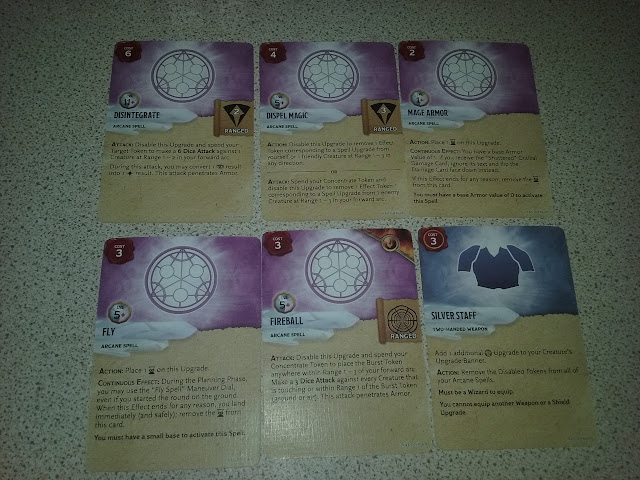 For her equipment upgrade she comes with the silver staff, it adds an extra spell slot and as an action you can remove all the disabled tokens from your arcane spells., which is useful since you want her loaded with spells, and she comes with plenty.  We have plenty of destructive fire power with the powerful disintegrate spell.  Its range 2, does a 6 dice attack that penetrates armour and can convert a concentrate into a hit. A powerful attack.  Dispel magic can remove in play spells, mage armour adds some armour and survivability Nymmestra.  With the Fly spell she can take to the air and move like she is flying, handy to avoid those ground creatures melee attacks whilst still launching spells at them, though you had best watch out for dragons up there.  Fireball is a burst blast spell that effects things in range 1-3 of your burst token it rolls a 3 dice attack that penetrates armour against them all.  Very handy when your foe are clustered up. 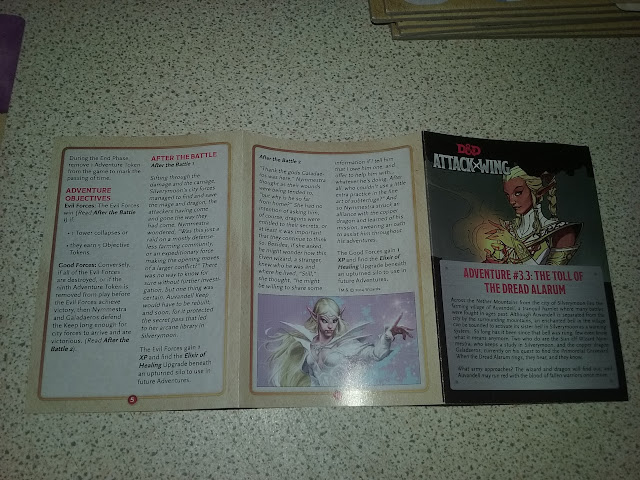 Her adventure is the toll of the Dread Alarum, which looks fun to play through as always.
Another great model full of great upgrades that can be used in game, she makes a great leader for the forces of good. 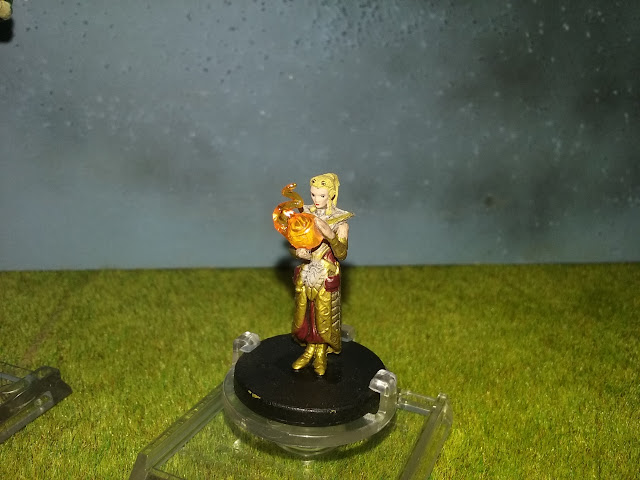