The Sliver Dragon is the latest expansion pack from the Mega Bundle we are taking a look at. 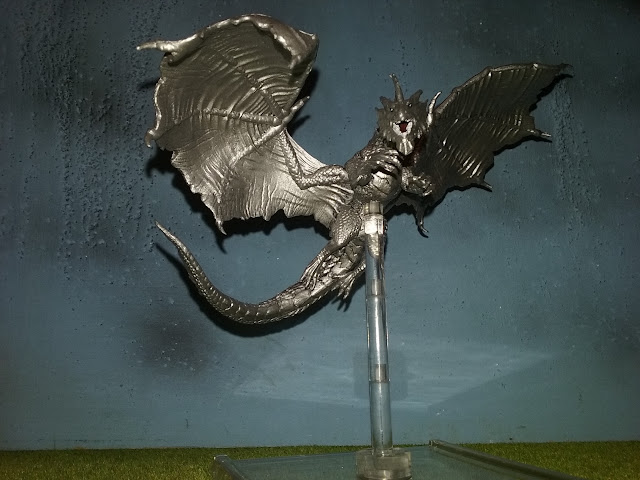 The silver dragon Vakka is one of the most ancient of her kind. Her strength and resilience are legendary, as are the power of her bitter cold breath and her debilitating paralysis breath. She has even been known to summon allies from time to time, including a particularly valiant paladin dragonrider. 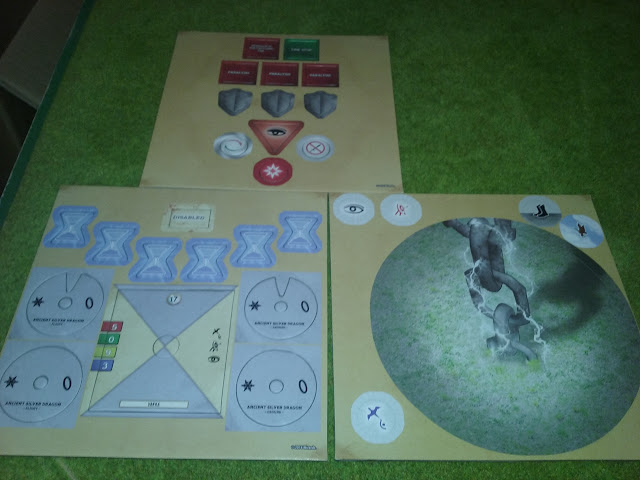 Plenty of tokens come in this pack, including a really cool looking large scenario piece, that can also work in regular games 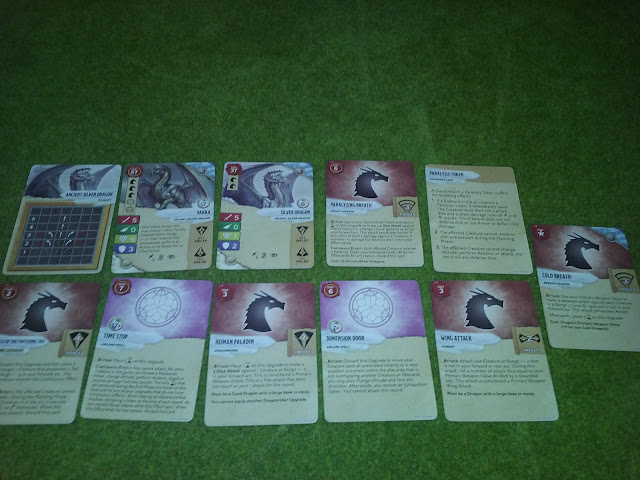 There are plenty of cards in the pack to have a look through.  Vakka is of good alignment. 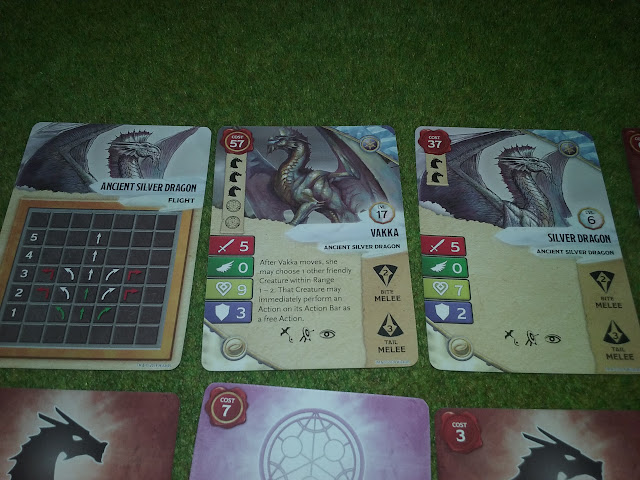 The silver dragon is not the most nimble thing, she can move fast, but not turn very well.  As always we have the generic silver dragon, and then the named Vakka, who is a whopping 57 points.  Mind you she is a tank, she hits hard with 5 attack, no defence, but 9 health and 3 armour so she can take plenty of damage and with that high armour can shrug off plenty of hits.  Her forward melee attack is range 2, her rear attack is range 3 so she has a large threat radius.  She can take 3 dragon upgrades and 2 spells making her versatile.  Her ability allows allies to take extra actions so she works well leading the attack with support 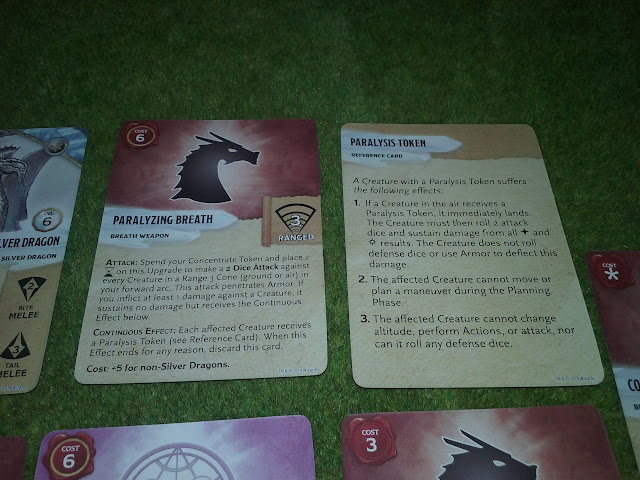 Paralyzing breath allows you to make a cone attack and paralyze creatures. If they are flying they are forced to land, and can take damage, they also can not move attack or roll defence dice, so this can help with locking down opponents then hitting them hard. 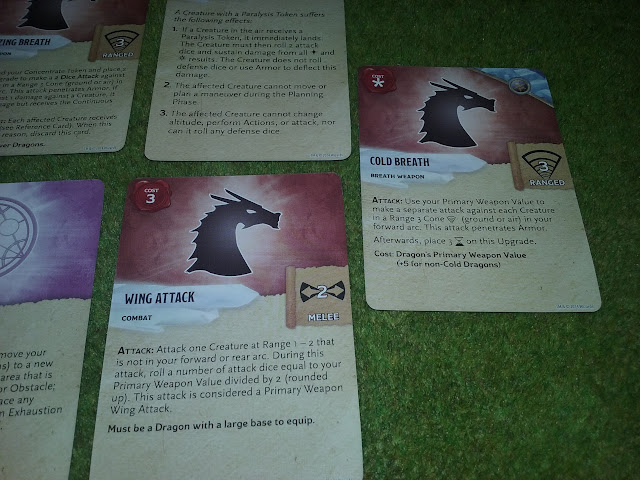 Cold breath adds an ice breath weapon in a cone attack to range 3 that penetrates armour.  Wing attack give you extra attacks side ways to range 2, giving you a 360 coverage of attacks. 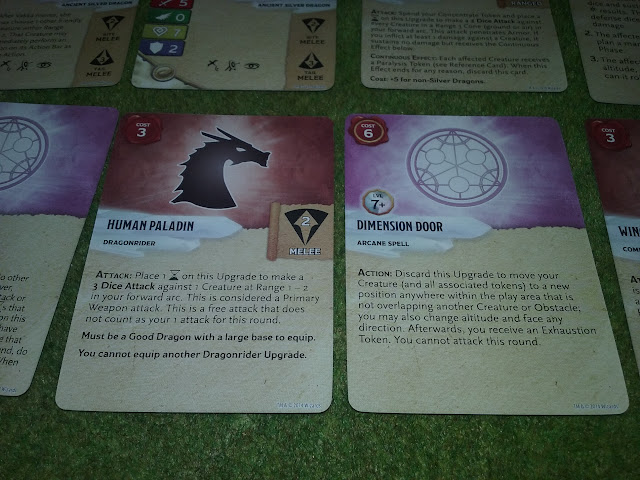 The human paladin acts as a rider that can give you an extra attack making Vakka even more deadly.  Dimension door is a classic D&D spell that allows you move to anywhere on the field of battle at the cost of an exhaustion token. Handy to re-arrange yourself for an attack. 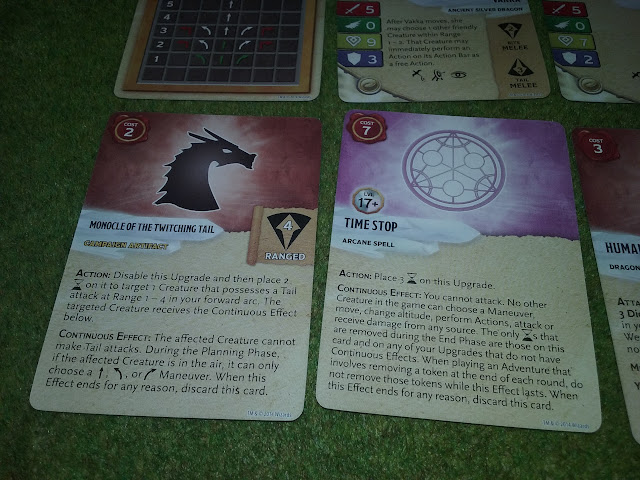 Time stop is a high level spell that stops you attacking, but it also stops all other creatures manoeuvring, doing actions or attacking, its great to set yourself up to deliver a brutal attack with Vakka 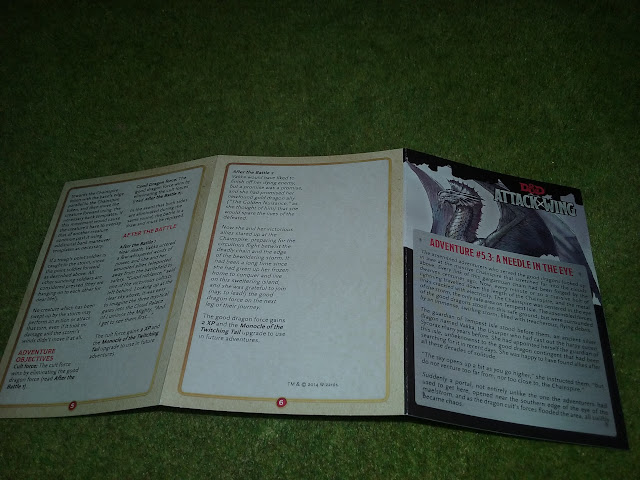 The adventure it comes with is a needle in the eye. 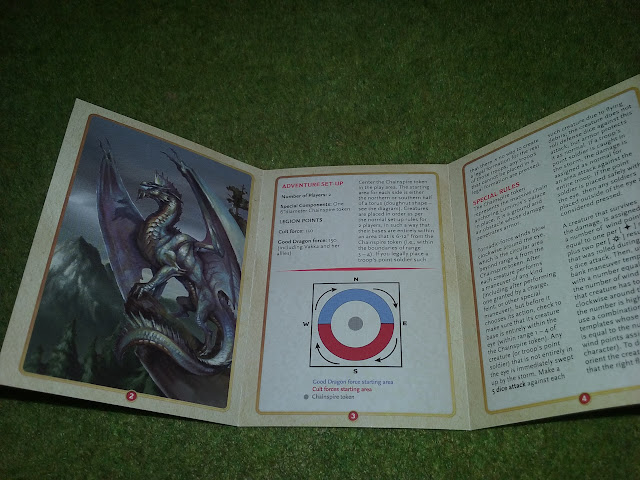 It uses the scenery that comes with the pack, and is a great looking and different story. 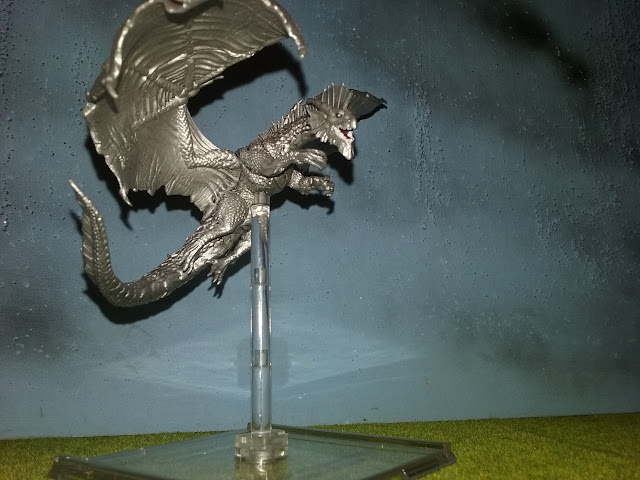 Vakka is a great model, large and fierce looking as she should be. 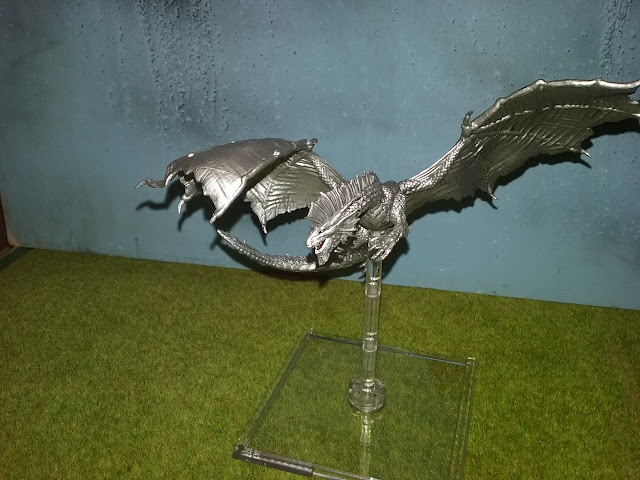 The silver has some nice drybrushing soshe doesn't look like she has just been dipped in chrome. 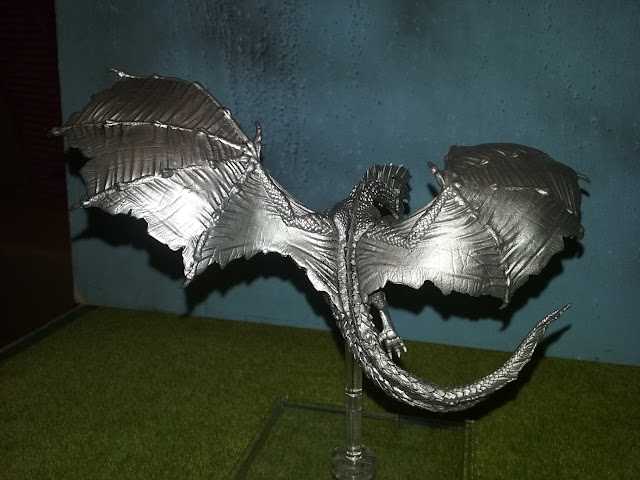 another model that is great on the table top or on the shelf, and is in scale with the rest of the range 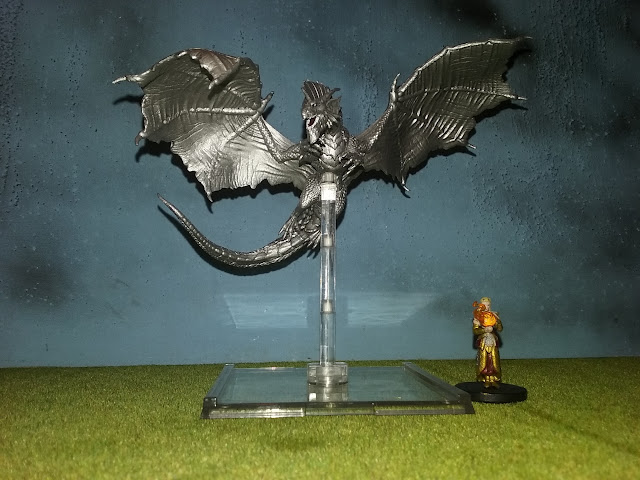