The Romulan scout ship was a small starship used by the Romulan Star Empire for scouting missions during the late-24th century. They rarely ventured out as far as the Romulan Neutral Zone. 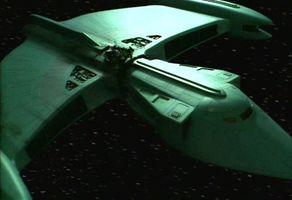 Today we look at another addition to the Romulan fleet.  The scout ship may not be the hardest thing, but it can have tricks.... so lets see what we get with it.

We have all the usual tokens and such like for the ship. 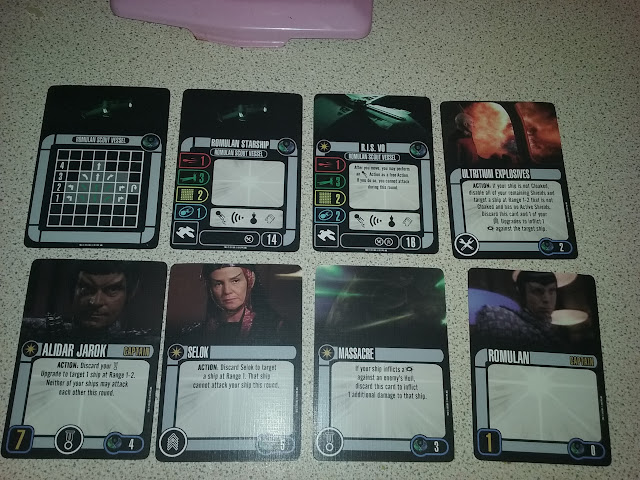 The ship is super nimble, with no red on the dial at all, and a white comeabout.  We get the generic scout ship, and the named Vo.  The vo has low attack, high evade, low hull and low shields, but then it is cheap, and not meant to be a combat vessel in the front line.  The named ships ability allows you to take a free evade but you can not attack.  Its not a downside as with only one dice, you are not going to be doing much attacking.  For captains we get the generic one, and Alidar Jarok.  He is skill 7, and allows you to discard an elite talent to avoid an attack.  Selok is a crewman that is a discard to avoid an attack as well, you can see a theme in this ship, avoiding being hit.  The elite talent is Massacre, for 3 points you can discard this if you inflict  critical hit to add another damage.  The tech is Ultritum explosives, you discard it and a crewman to inflict a critical on your opponent. The model is nicely detailed, and one of the better paint jobs, though of course as always a wash will make the difference 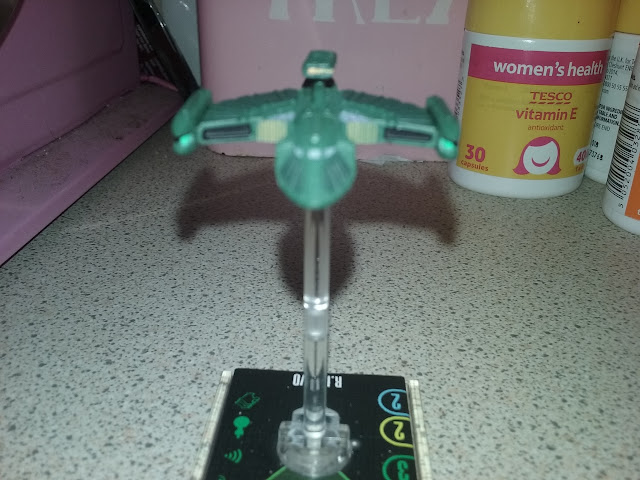 It is a nicely detailed ship, even though its small. 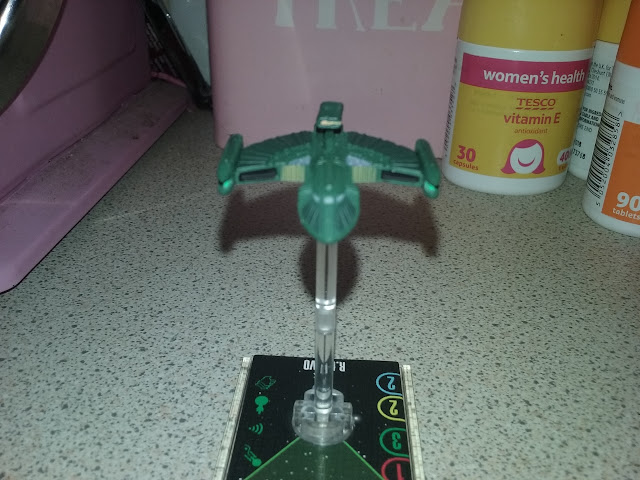 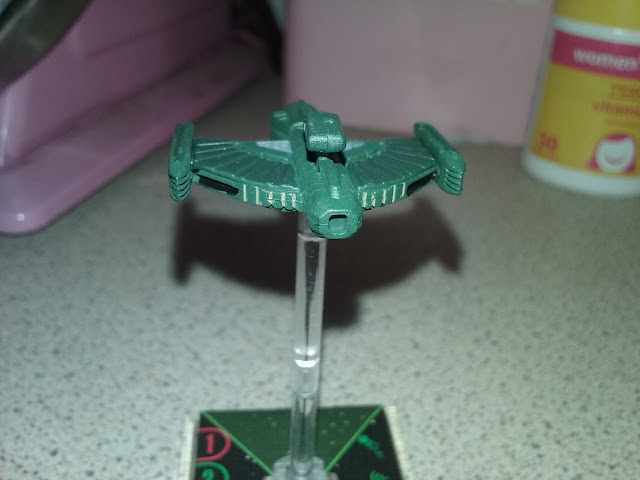 A ship that can be loaded with buffs to act as a support ship on your fleet, and from one of my favourite TNG episodes, the Defector.  The mission follows that where Jarok must escape a warbird, its great fun looking.
Labels: Star Trek unboxing