Continuing our adventure through the D&D Mega bundle we look at the Gold Dragon Expansion. 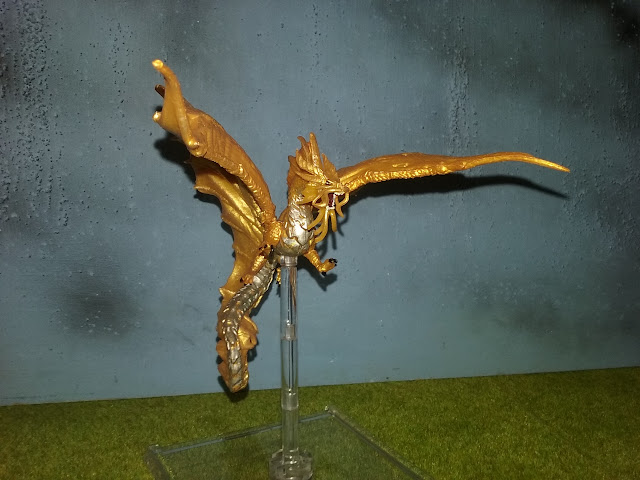 Pacatus the gold dragon has always been slow to anger, and feels an abundance of mercy for both his allies and his foes. He is likely to issue fair warning to his enemies before engaging them, and prefers to discourage them with his weakening breath rather than scorch them with his fire breath. Even so, there are times when even the most patient dragons can be tested, and when his wrath is incurred, Pacatus' strength and speed make him a powerful enemy to reckon with. When Pacatus leads a band of followers to one of of the three outer gates to the Palace of Luminos the Mighty, he discovers a chamber with two thrumming sentinels of pure energy (one positive and one negative). Just as Pacatus seeks to unravel their mystery, the forces loyal to the evil dragons arrive to challenge him for control of the magical chamber!
Now lets take a look at the contents 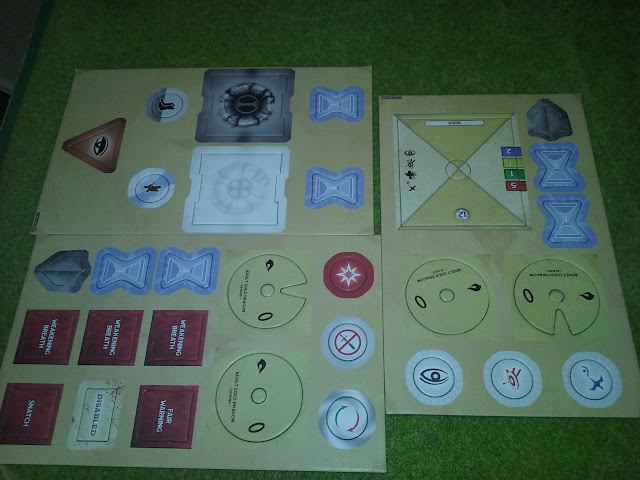 We get a nice slab of tokens with the pack, including some scenary bits for the enclosed Adventure. 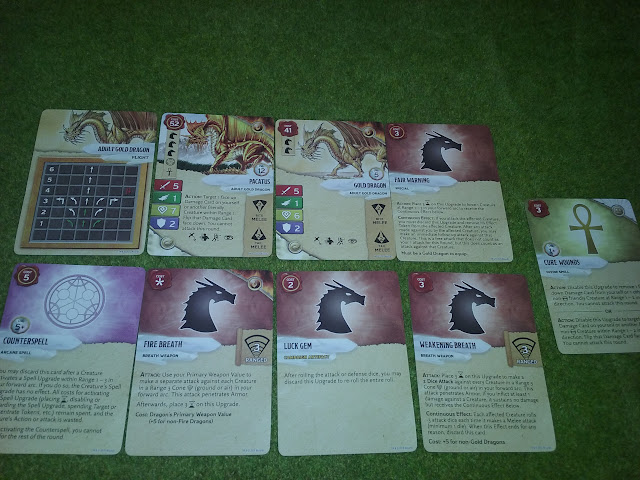 And a nice selection of cards.  Pacatus is fast, he can go up to speed 6, he cant turn as well at low speeds though.  He is of good alignment. 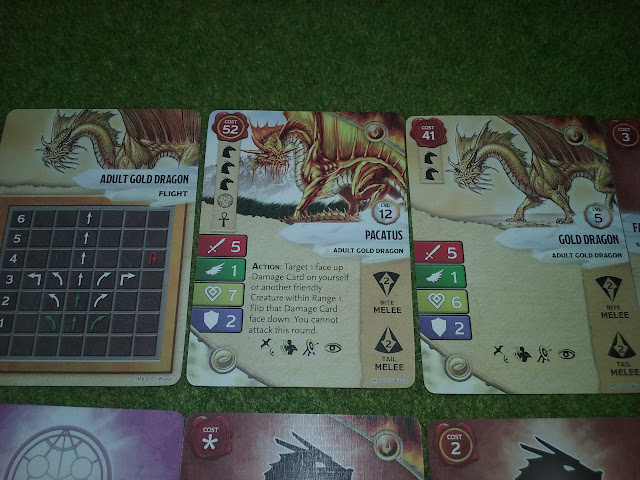 We get the regular gold dragon, and the name Pacatus.  For an Action his ability allows you to flip over a critical damage on you or an ally, but you cant attack.  Very handy though to get rid of those brutal critical results. Pacatus has a high attack, low defence very high health and good armour, he is tough, but expensive.  He can take 3 dragon upgrades, one spell and one divine upgrade.  He has all the main actions, and a range 2 melee attack forward and backwards. 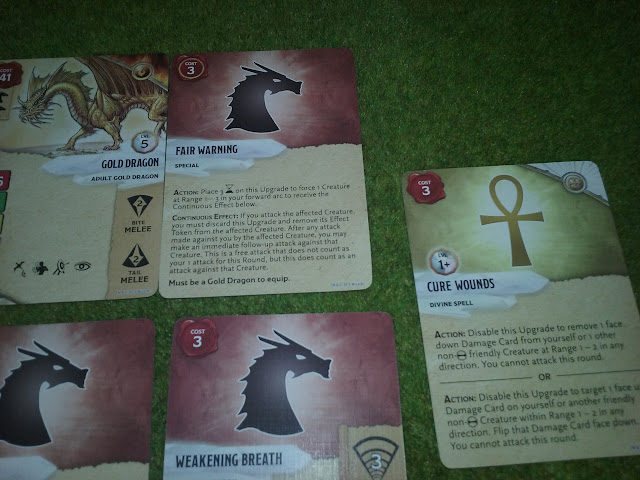 Fair Warning is a dragon upgrade that can make enemies think twice about attacking you as you get a free retaliation strike, and when you hit as hard as Pacatus its not going to go well.  Cure wounds is the Divine card in the pack, you can use it to remove damage. 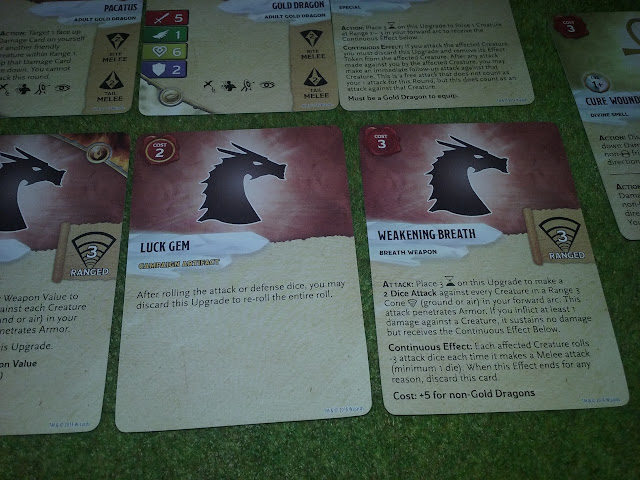 We have the Luck Gem, that you can discard to re-roll the entire roll of an attack or defence, and Weakening breath that knocks creatures attackd down with a minus 3 attack dice. 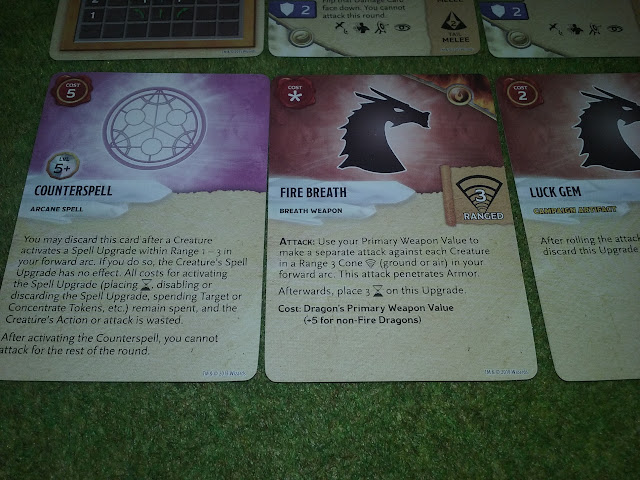 The spell cad is Counterspell,which you can discard to stop the effect of an enemies spell.  Fire Breath provides a flaming attack against all enemies in a cone that penetrates armour, very handy for hitting multiple targets. 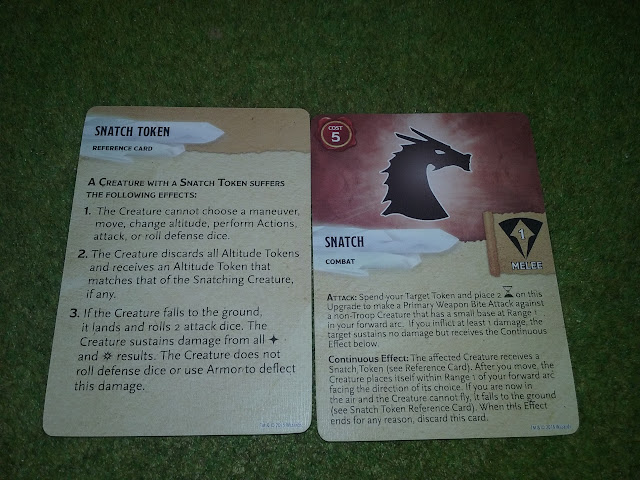 Lastly we have the snatch upgrade, along with the rules card for it, you can pick up small based creatures, and carry them around, or drop them! 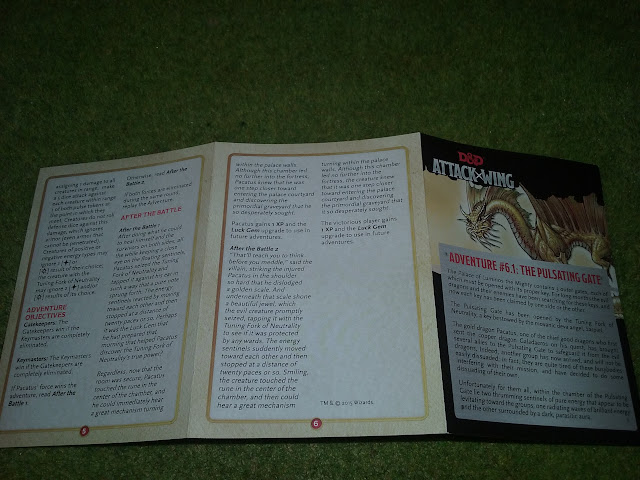 The adventure is the pulsating gate. 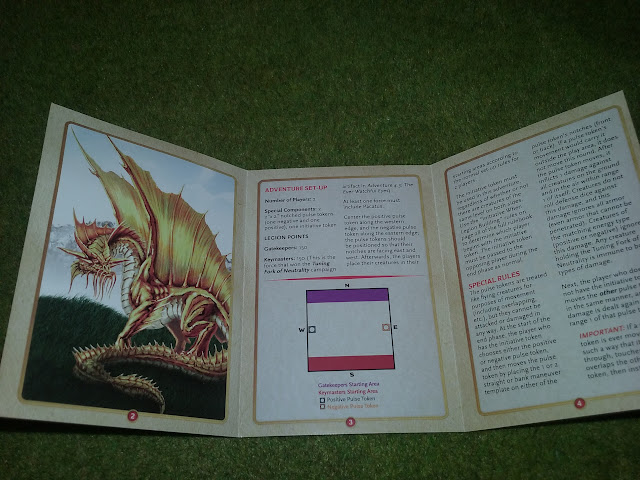 As always it features great artwork and a full setup and guide, and variable story results. 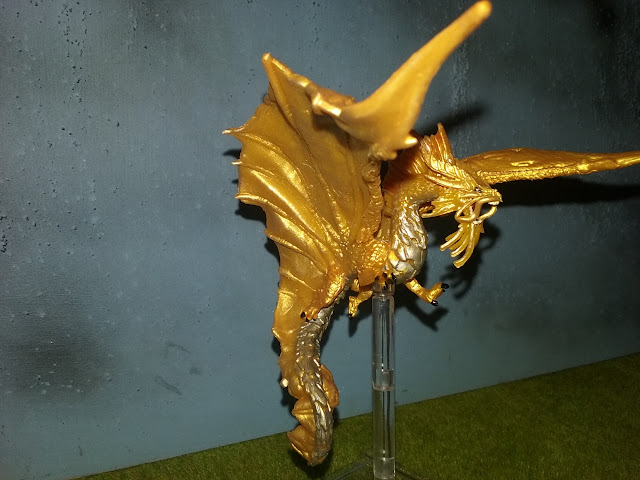 The model is great, and very bright, but then it is a gold Dragon. 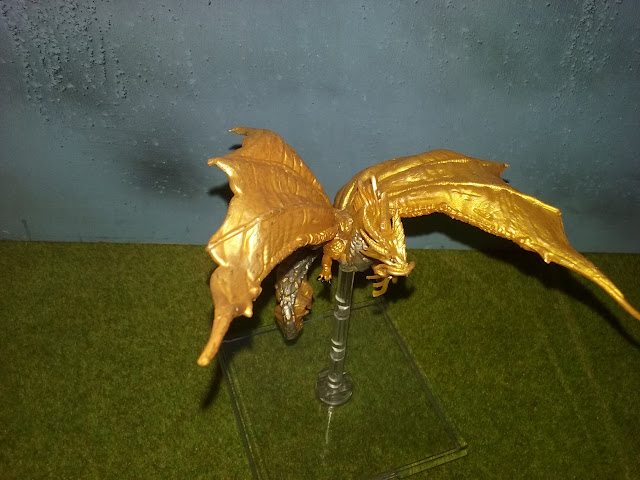 Its nicely detailed, and well painted, so again a great piece for play or display, getting the mega bundle really provides you with so much variety for an unbeatable price its excellent. 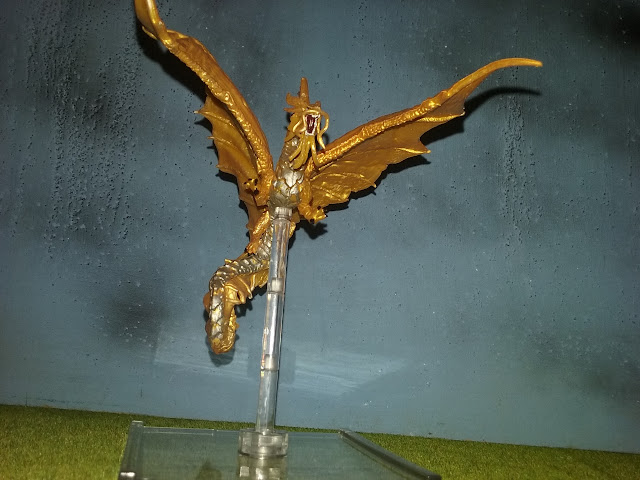 He is also in scale with the other models, so here he is about to do battle with the evil green dragon 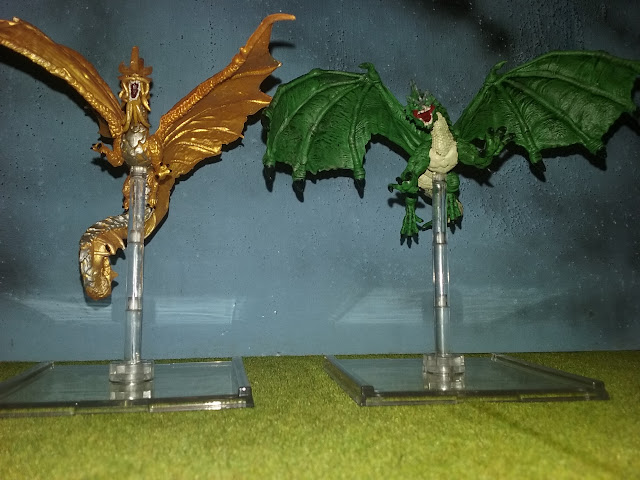