The Predator-class was a class of warship utilized by the Kazon Collective during the 2370s. They were originally designed by the Trabe and later commandeered by the Kazon and used as a massive warship. This class of vessel was much clumsier in battle at lower speeds than at warp speed and could be easily out maneuverered by an agile craft. 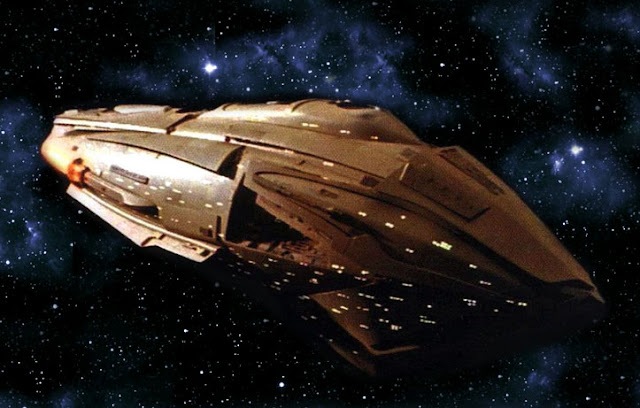 The Sankur is a blind ship from an op so is not a retail ship and is harder to find.  But is it worth finding?  lets take a look a see 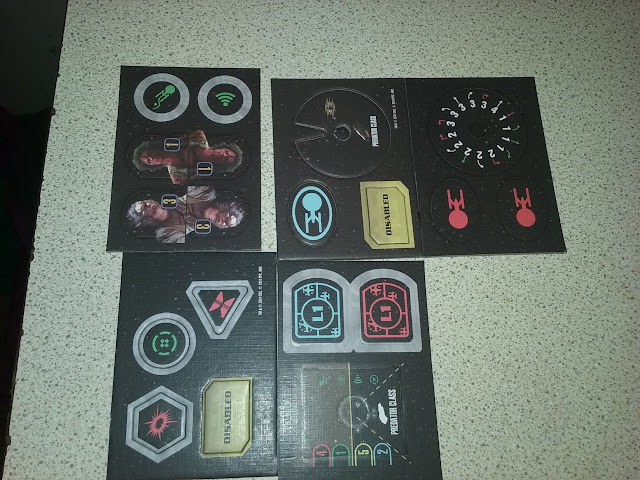 As always it has a nice slab of tokens, being a blind ship there are less cards, and no mission. 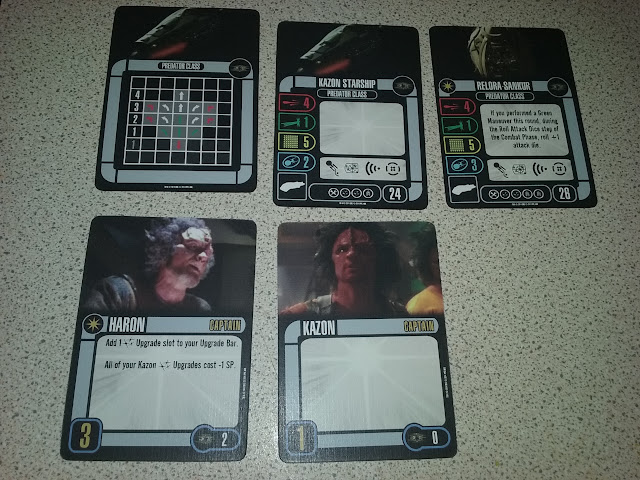 The Predator class is not the most nimble ship.  As always it comes with a generic captain and the generic ship.  The named Relora Sankur has good firepower poor defence good hull and average shields.  The built it ability of the named ship is you get an extra attack dice if you performed a green manoeuvre, very handy.  The captain Haron is skill 3, it adds an extra weapon upgrade and reduces your weapons cost by one. 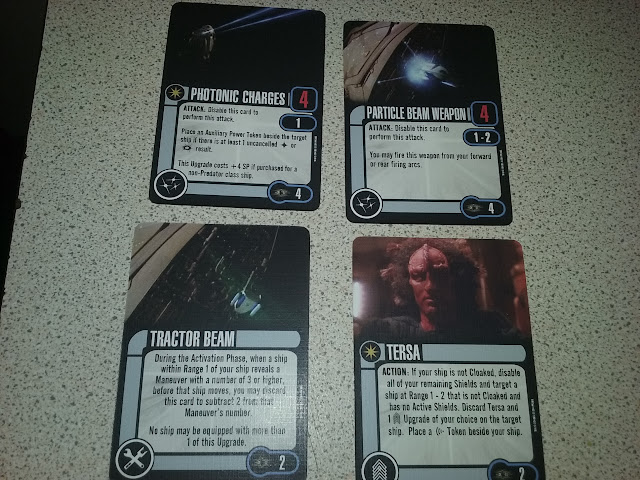 The ship comes with two weapons, photonic charges a 4 attack weapon that can inflict an auxiliary power token as well as damage.  The other weapon is Particle beam Weapon, a 4 attack weapon that can fire from front or rear arc.  With a 180 front arc and a rear arc its worth taking as there are few places you can hide from this ship.  Tersa rounds of the cards for crew, he is an action to discard him and an enemy crewman and you also get a scan token. 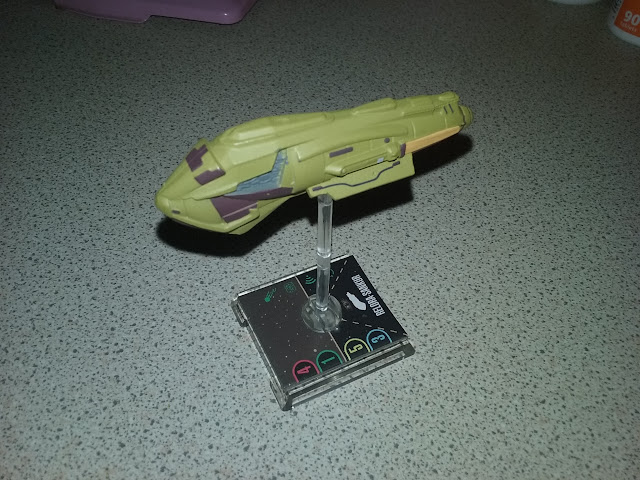 The model is the same as the other Predator class, a nice model with details, but could do with a wash. 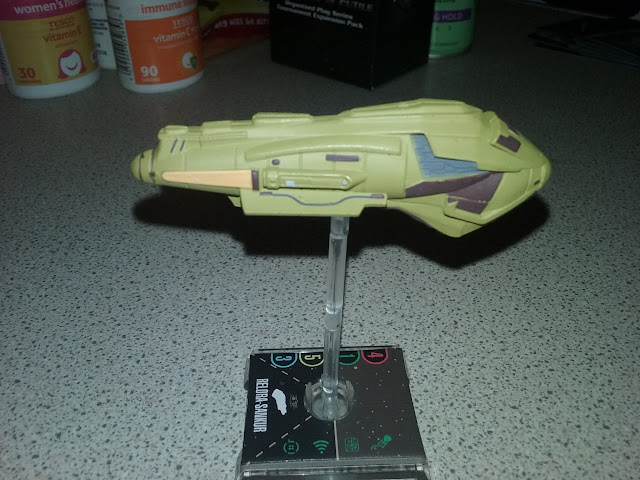 A good pack to add some much needed variety to the Kazon.