We continue to look through the packs that come in the D&D Mega Bundle, and todays focus is the Stone Giant.
Stone giants are known for their mastery at hurling massive rocks across mighty distances, and Ancoram the stone giant elder is no exception. His deft hands can launch rocks at his foes with blinding speed, slamming his enemies hard and disrupting their plans. 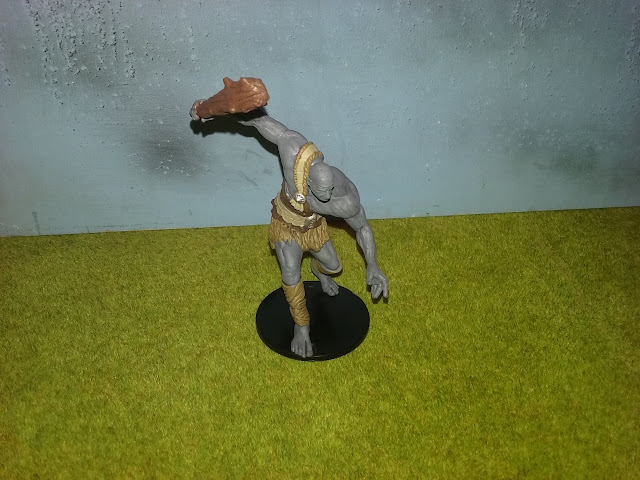 A huge model, lets take a look in the pack see what it comes with 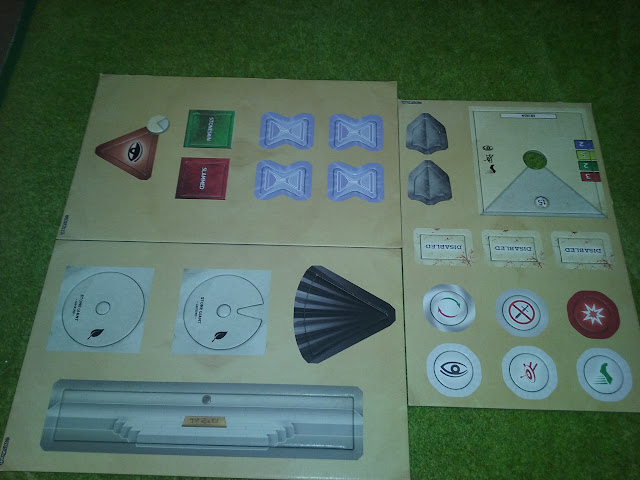 As always it comes with plenty of quality card tokens, including a new terrain piece that's used in the scenario, and can be used in any table top. 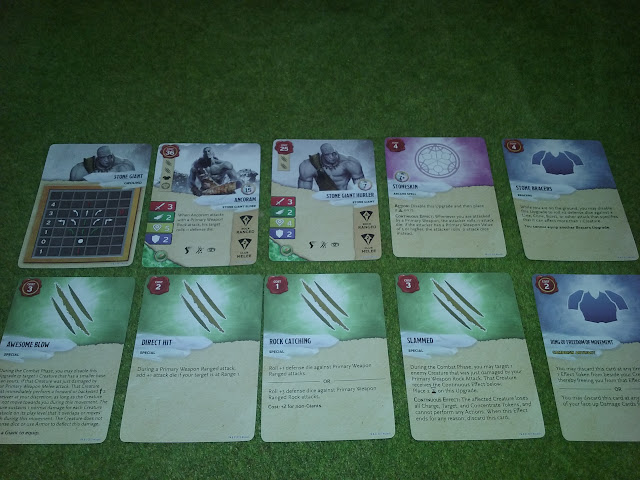 You get a nice selection of cards in the pack. Ancoram is of neutral allignment 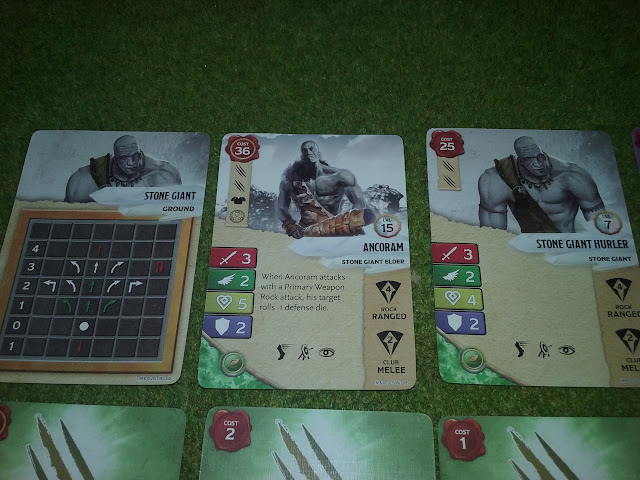 The Stone Giant is fairly manoeuvrable for his size, and comes as always with a generic version, and the named Ancoram.  Ancoram has a good attack, a surprising defence for his size, good health and good armour.  He has a range 2 melee attack, and a range 4 ranged attack making him quite a threat.  He has the charge, target and concentrate actions, and slots for two monster upgrades, one equipment upgrade, and one spell. 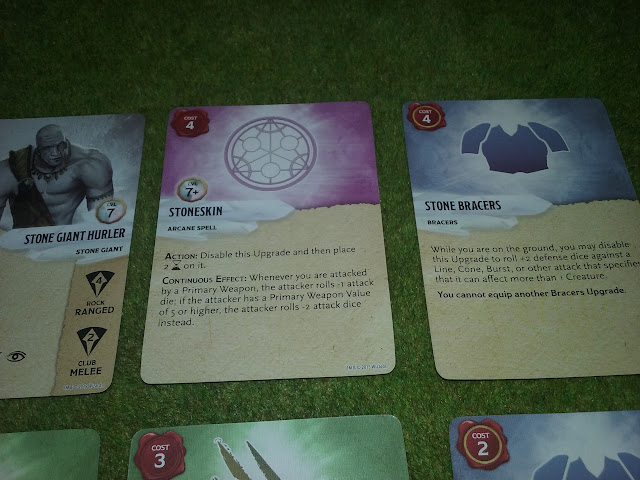 Stoneskin spell can reduce enemies attacks, Stone Bracers allows you to disable it to get an extra 2 defence dice against line cone or burst attacks, so can prove handy in case of emergency's. 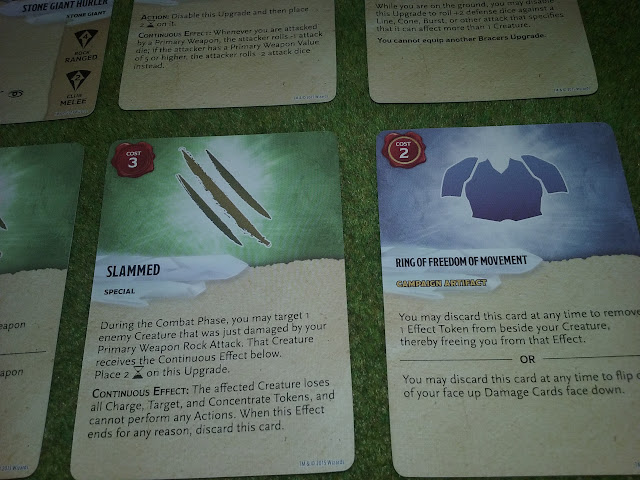 The other equipment upgrade we get is the Ring of Freedom of Movement, you can discard it to either flip a critical damage over, or remove an effect token that's on you.  Slammed is a monster upgrade allows you to target an enemy that just suffered damage from your primary rock attack to give them the effect that they lose all tokens they have and cant do actions for 2 turns.  Very useful to slow your opponents down. 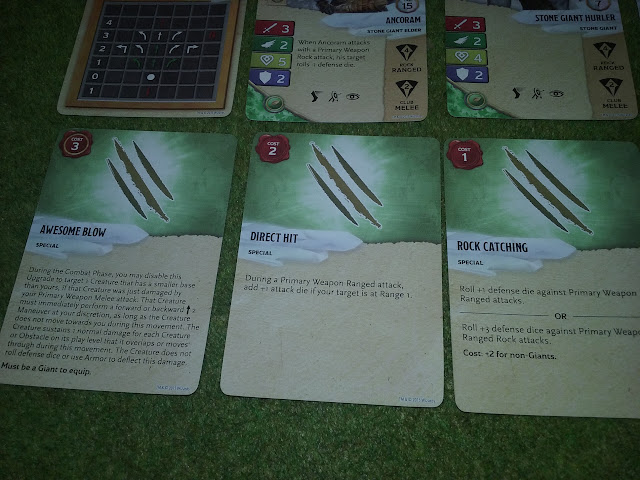 Awesome blow can be disabled to target  a smaller creature then you that you have just hit can be moved forward or backwards.  Direct Hit allows you to add an attack dice to your ranged attacks if your target is at range one.  Rock Catching gives you an extra defence dice against ranged primary attacks. 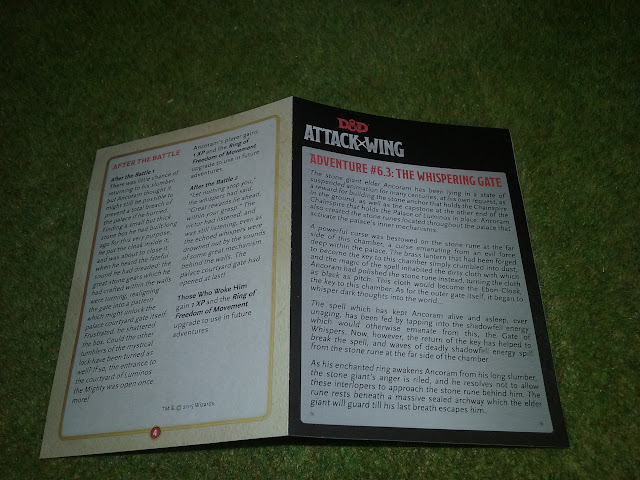 The adventure with this pack is the Whispering Gate, another great looking story to play through. 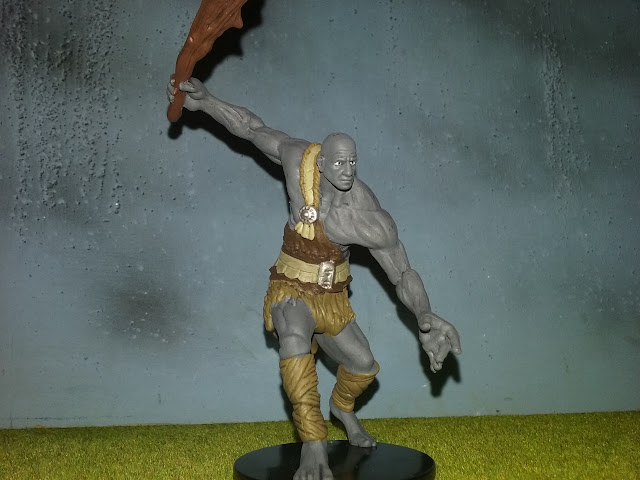 The model is big, and very nice looking, again he's perfect for use on the table top in this game, or in any Roleplay or game that needs him, even on your shelf. 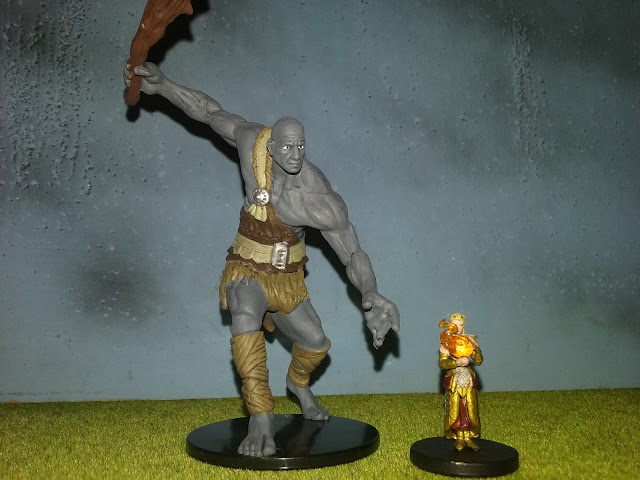 He is also nicely in scale with the other models, I don't much fancy the chances of that elf mage!﻿
Labels: D&D Attack Wing dungeons and dragons unboxing