Time to dip back into the delta quadrant again with another starship warping in.

The Vidiians were a species found in the Delta Quadrant. For two millennia the entire race suffered from a disease called the Phage that ate away at their DNA and organs. The Vidiian government is called the Vidiian Sodality.

By the 24th century, they had been forced to use their technology to harvest other species' organs to replace their own as they failed. In their desire to defeat the Phage, the race lost all sense of moral perspective and began to remove organs from live subjects as necessary, although some exceptions objected to these practices and were prepared to help others. A profession called a Honatta had even developed that was dedicated to harvesting organs and biomatter from others, typically from corpses, for those suffering from the Phage. 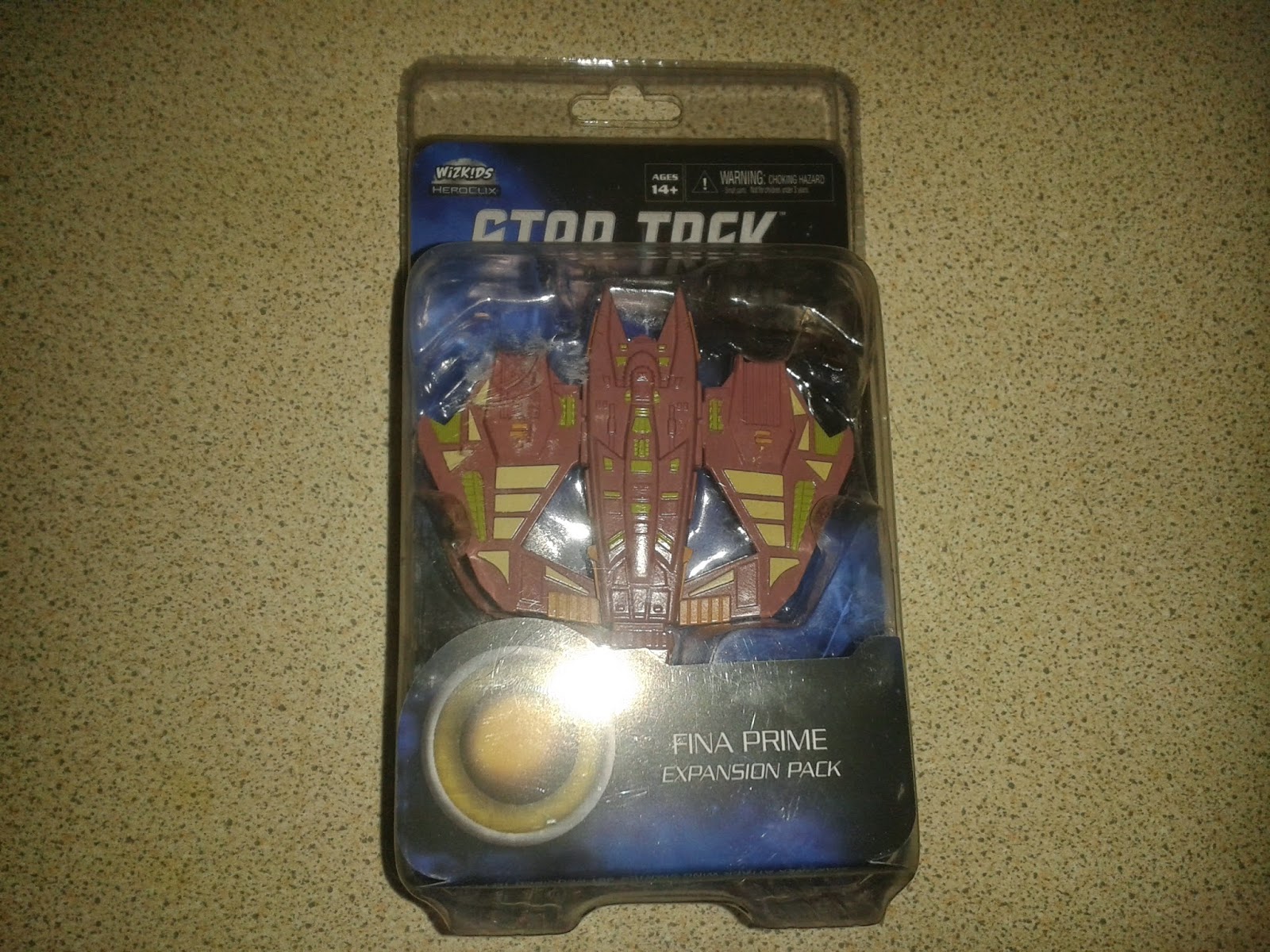 The Vidiian starship was a massive starship utilized by the Vidiians in 2371 and 2372. This class of vessel operated with a crew of well over three hundred, and was armed with hypothermic charges and grapplers, which was used to access captured ships.

Its a huge model!, so lets see what else is in the pack. 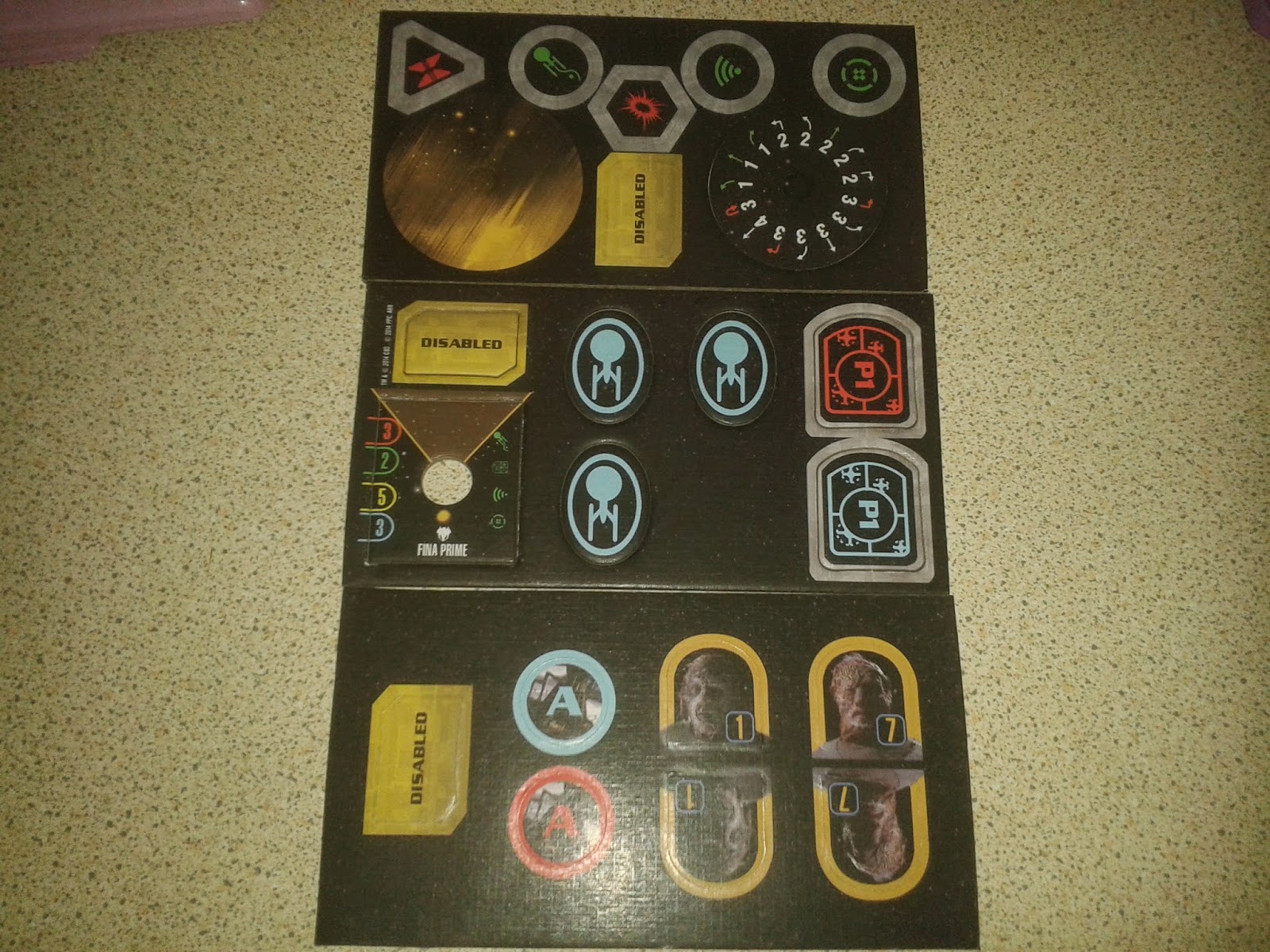 Plenty of tokens, including a new one we have not seen before, the Grappler.  Which isspecific to a weapon included in this pack. 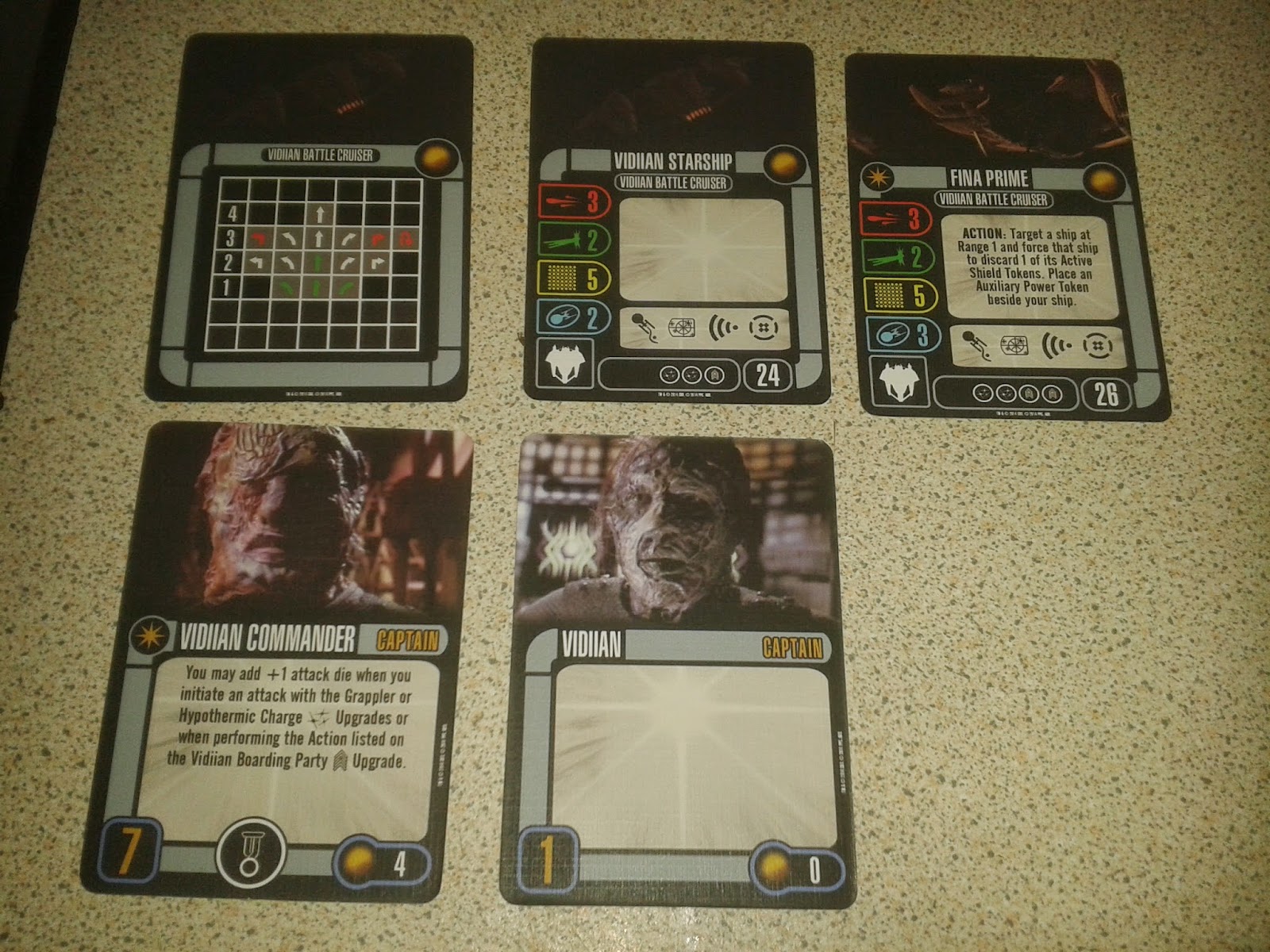 The ship has a solid set of moves on it, including a comeabout.  The Generic version, and the named Fina Prime.  She is a solid ship, fair attack, good hull, average shields.  The ability on the ship is an action that allows you to destroy enemy shields which is very useful!. Only 2 captains in this pack, the Generic captain, and the Vidiian Commander.  He is a skill 7 with an elite talent, and adds an extra attack dice when attacking with the grappler or hypothermic charges,also adds one to the Vidiian boarding party. 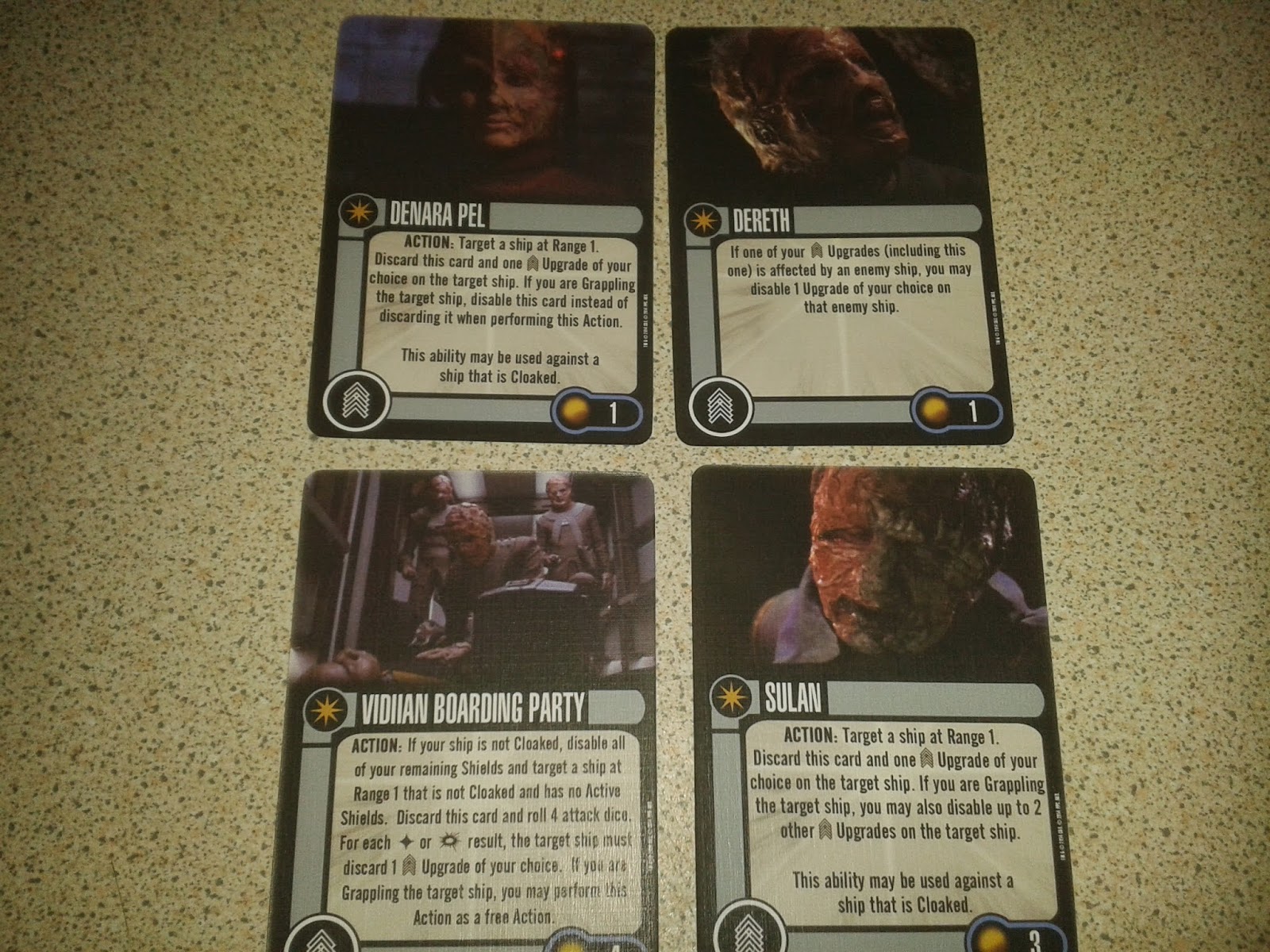 We get 4 crew in the pack.  Pel lets you discard her and a crew member on an enemy ship in range 1.  If you are grappled though you only disable her instead, so that's very useful!  Dereth can take the hit of a crew first, which is handy if anyone else tries to target you he can take the fall.  Sulan is another crew killer, he is a discard that lets you kill one, and if you are grappled then you can disable 2 more enemy crew as well.  The final crew card we have is the Vidiian boarding party, you can wreck ships crew with this card, and again it gets a buff from the captain, and can be done as a free action if grappled. 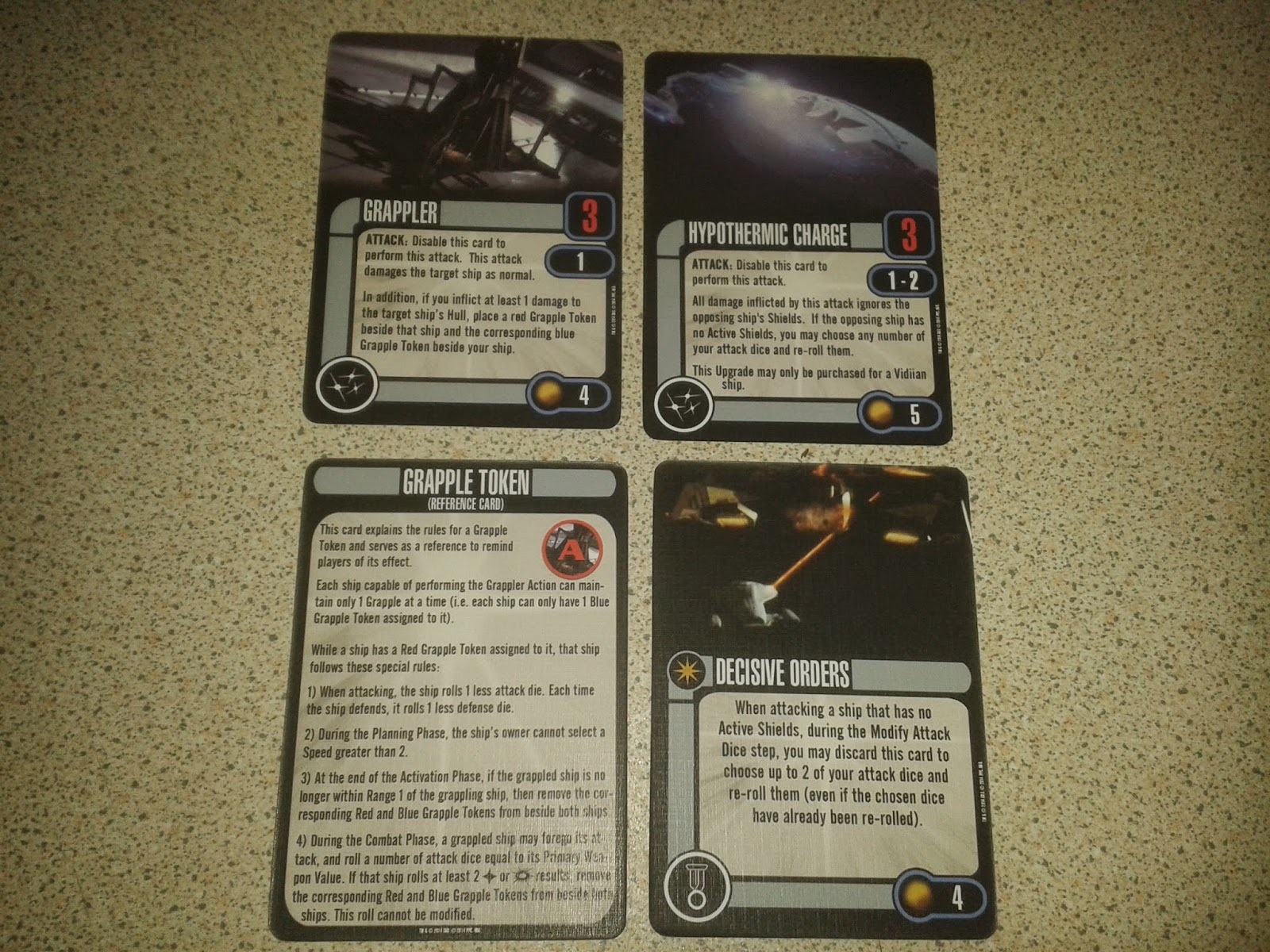 For our elite talent in this pack we get Decisive orders, which gives you extra re-rolls, very useful.  We have two weapons, the hypothermic charges which ignores enemy shields! and if they have none then you can reroll your dice.  A handy weapon for sure.  For our last weapon we have the Grappler.  It does damage as normal, and gives all sorts of benefits to other cards.  You can see the extra rules card which tells you what it does.  Its a very handy bit of kit. 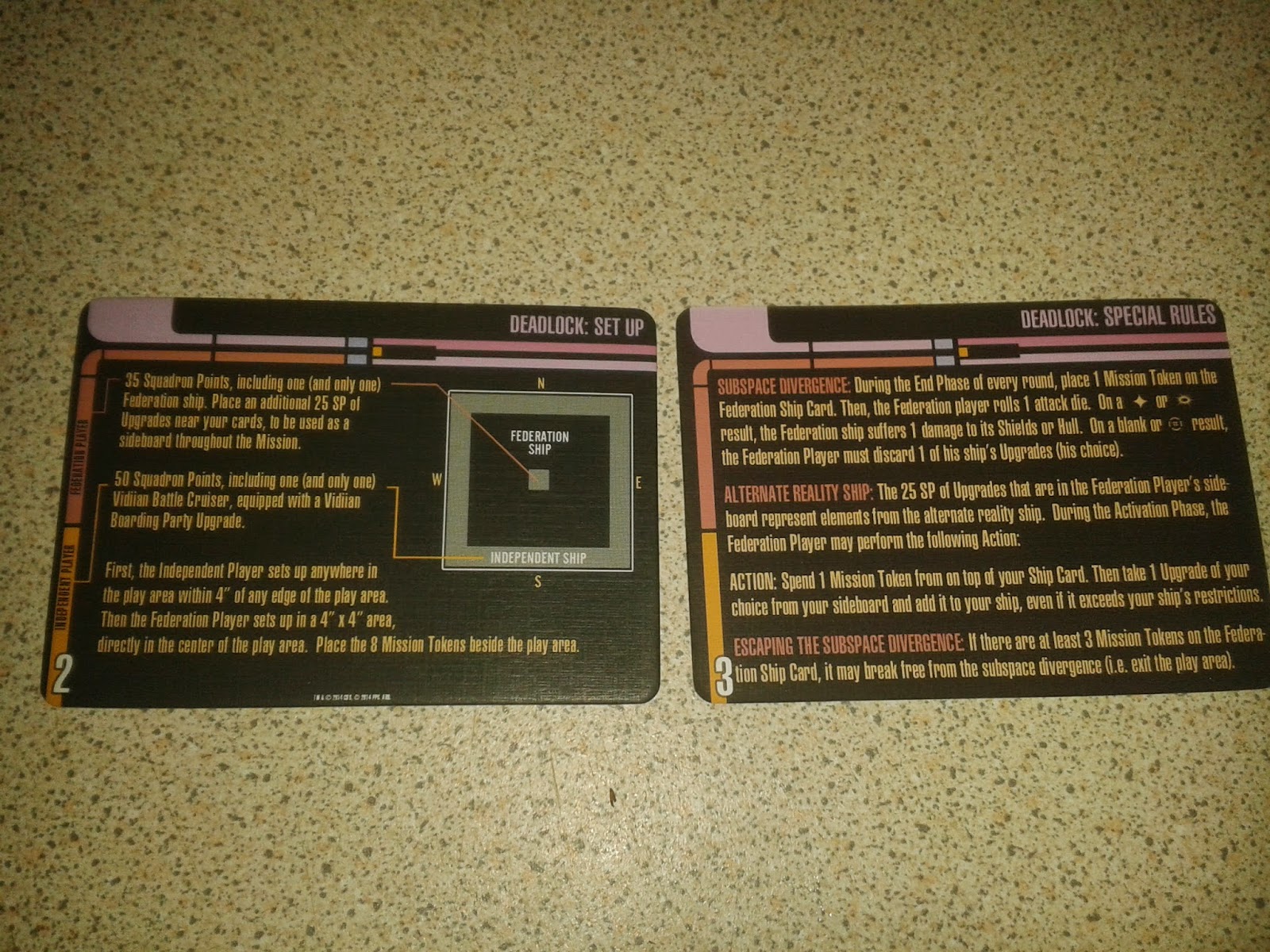 We have the mission Deadlock, which has an unusual setup and some fun rules to try something really different. 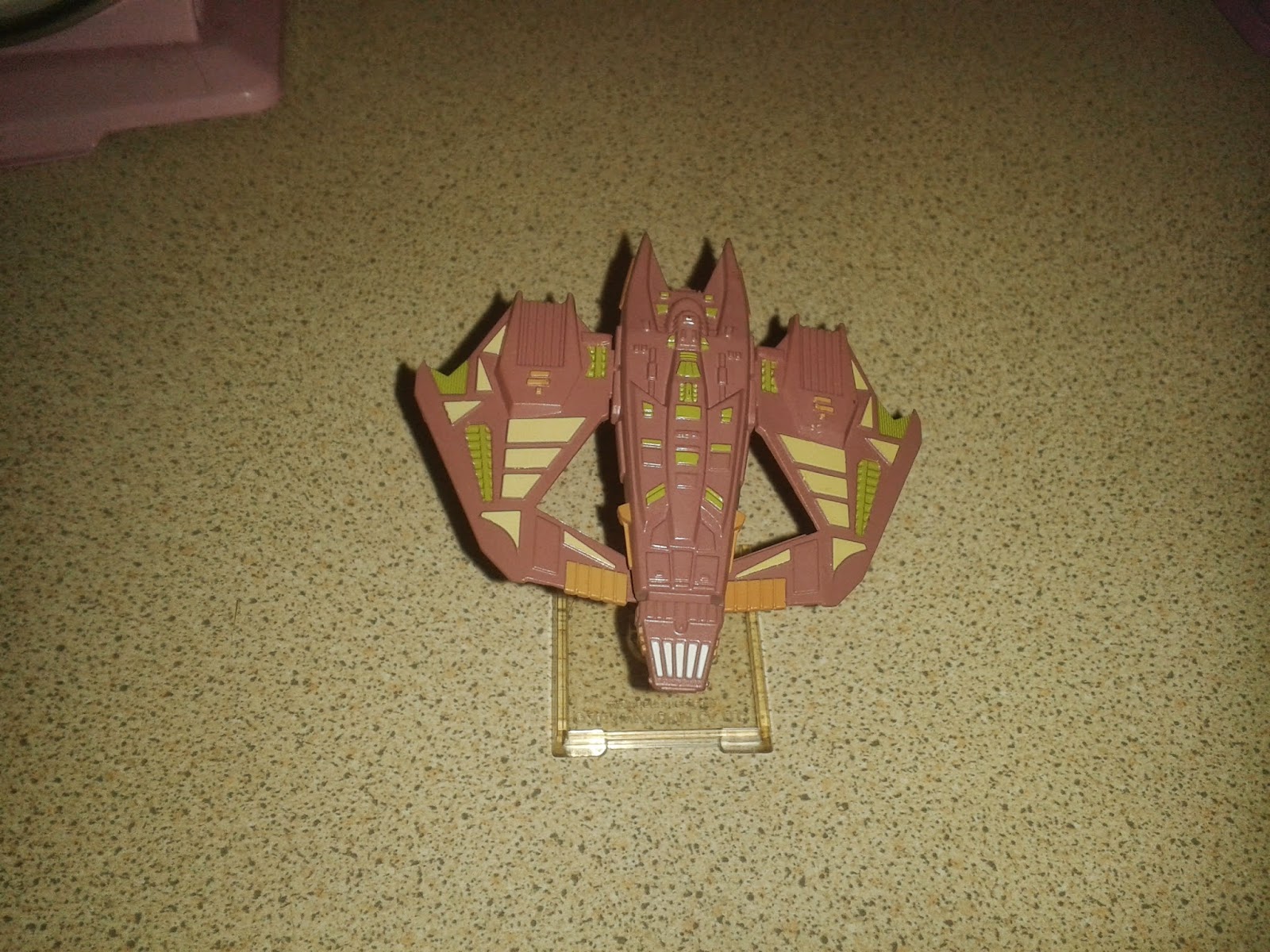 Here is the ship itself, unfortunately not one of the best paint jobs, but the model does have detail if you wanted to repaint or wash it it would probably turn out nicely. 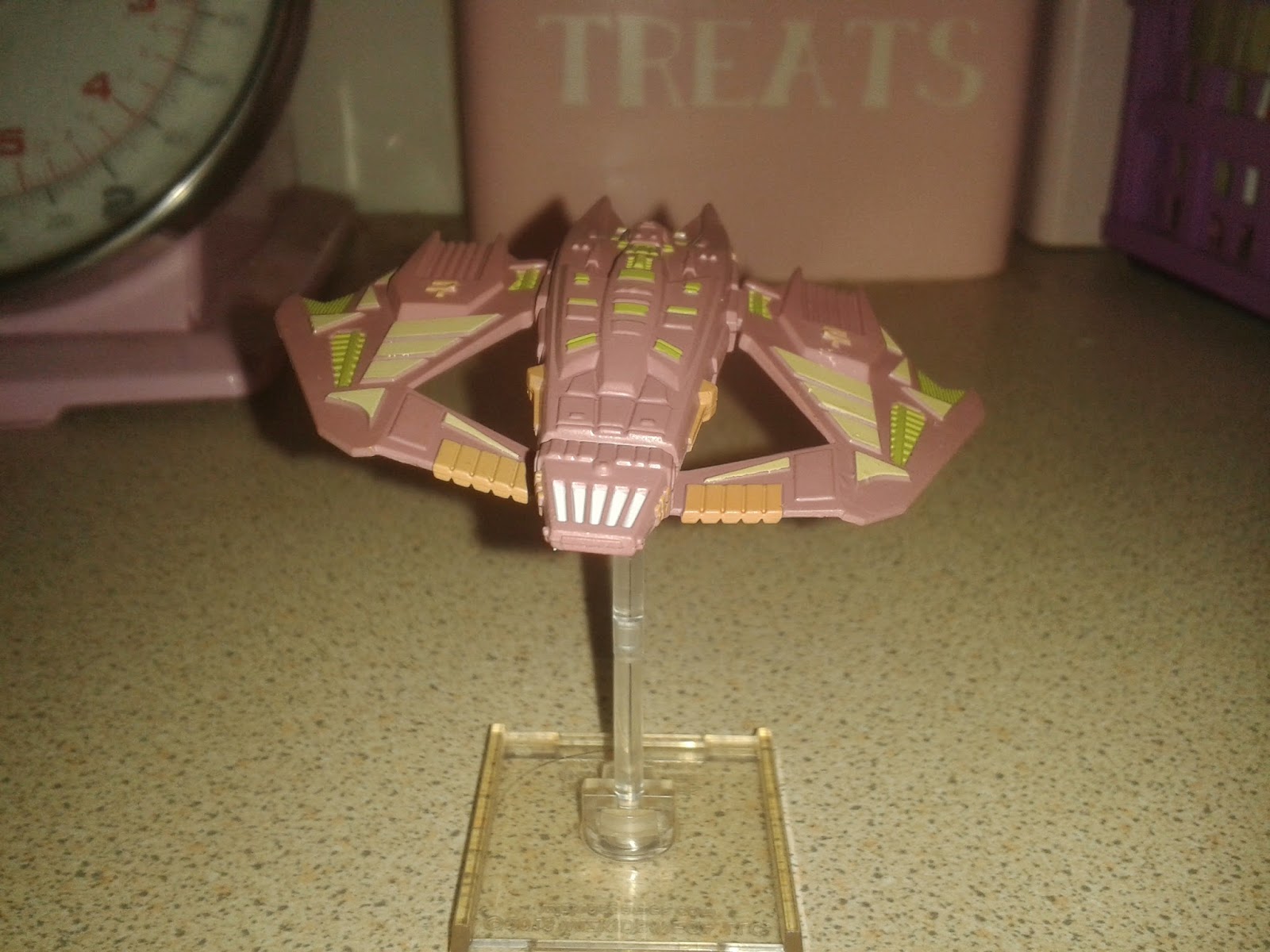 It is a huge model 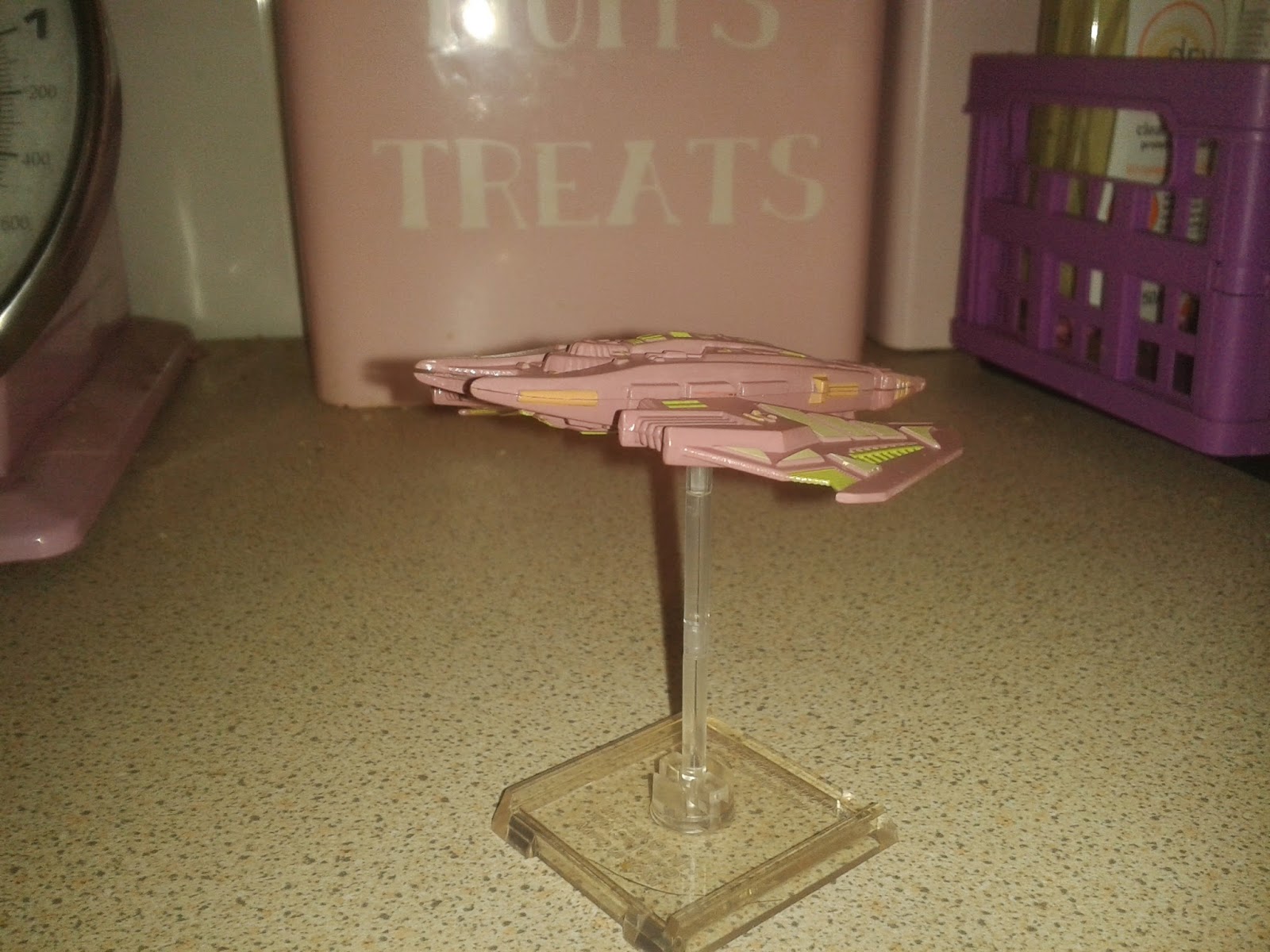 And a cool looking ship.

Its nice to add some more independent ships to the fleet for some great variety.
Labels: Attack Wing Star Trek unboxing