Skip to main content
Labels
Posted by Unknown May 31, 2016

Join us once more for scenario 9 in our Mars Attacks mega play through. 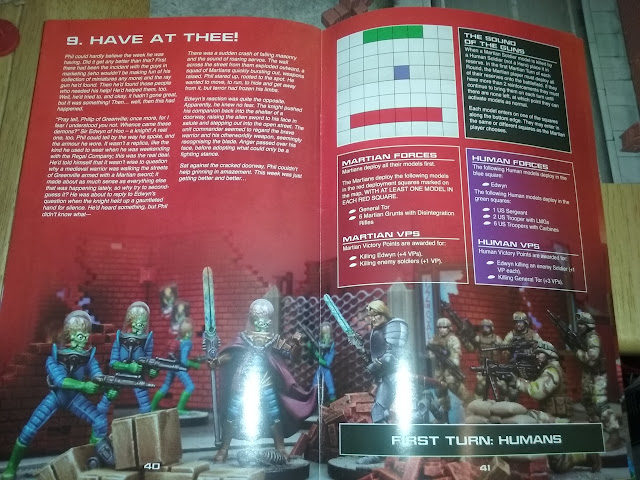 A mission that is a battle to the death, or 8vps which ever happens first.  These are Olivia's favourite type of missions as she does like getting stuck in, and has discovered over the last few games that giving them the Martians the "bayonet" is a lot more efficient then shooting them.  Her Hero in this mission is Edwyn, sho starts exposed from the rest of her lines, but he has a fight of 3+ and armour so he should survive then start tearing Martians apart.  The only worry she has is General Tor, who can match him in combat, but is slightly less survivable. 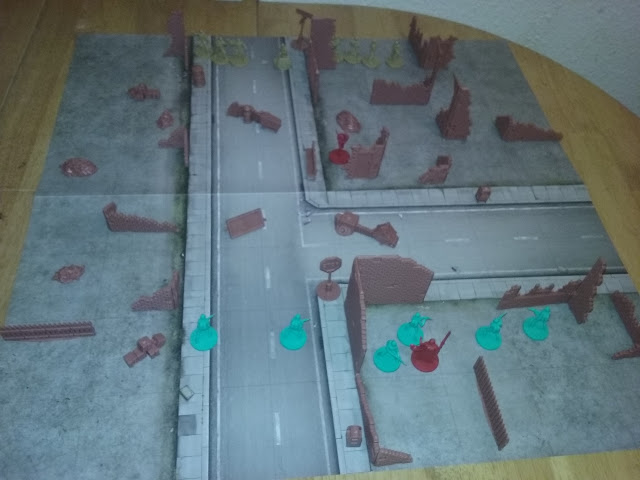 As you can see from setup it puts Edwyn pretty close to the action, and since he will get you the most VPS killing things, its a good place to be, so long as he doesn't get blasted by Martian fire first. 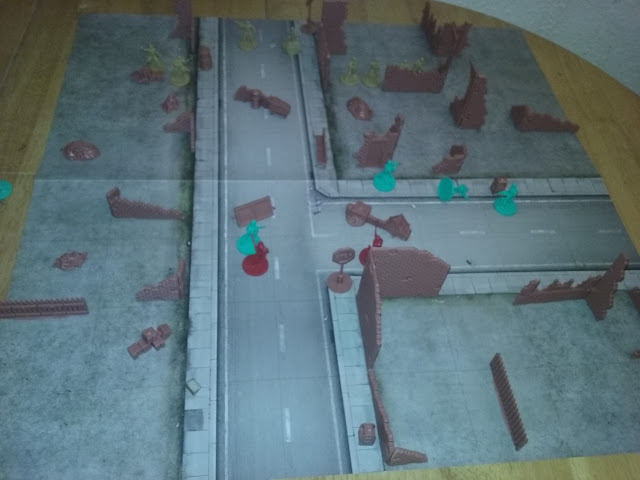 Edwyn hurls himself into combat, and starts chopping up Martians, whilst the Marines open fire and advance slowly to take up some good defensive positions. 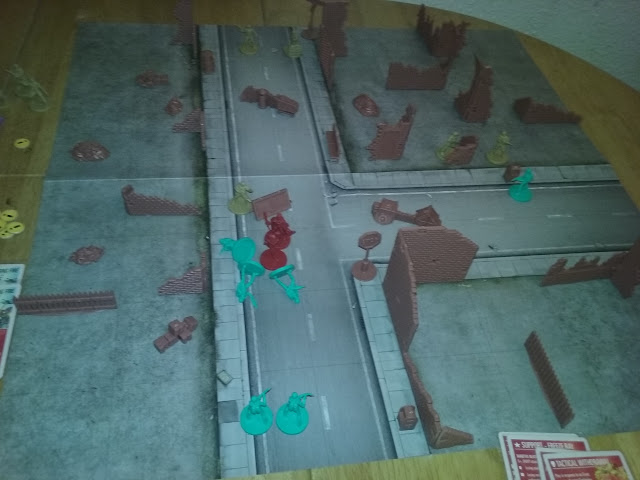 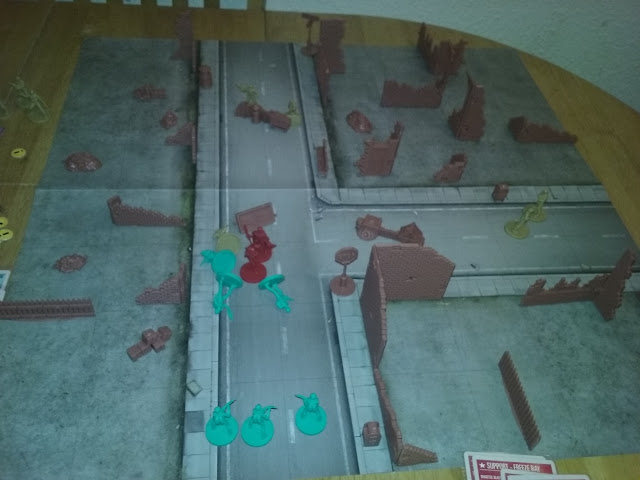 Martian reinforcements come on.... trying to hold up Edwyn 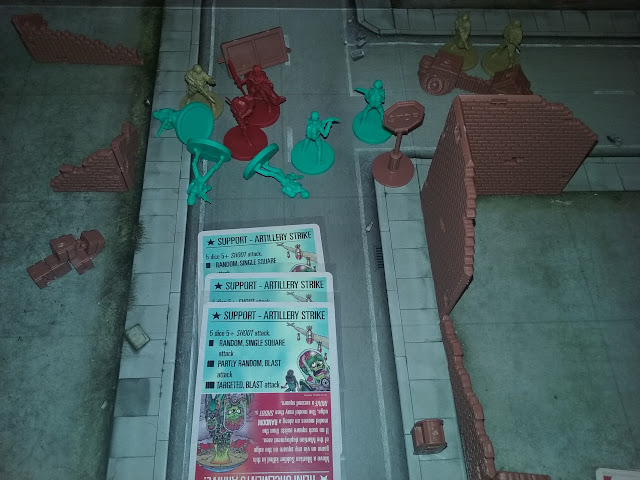 surrounded Olivia played a brutal targeted artillery strike directly on Edwyn to clear out the area and get some cheeky VPs, sneaky little git, but well played though. 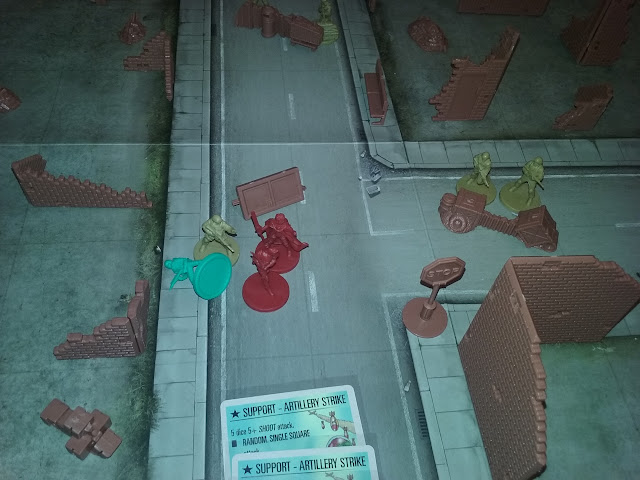 It took out a whole load of Martians, and Sarge was in there ot help try and take out General Tor 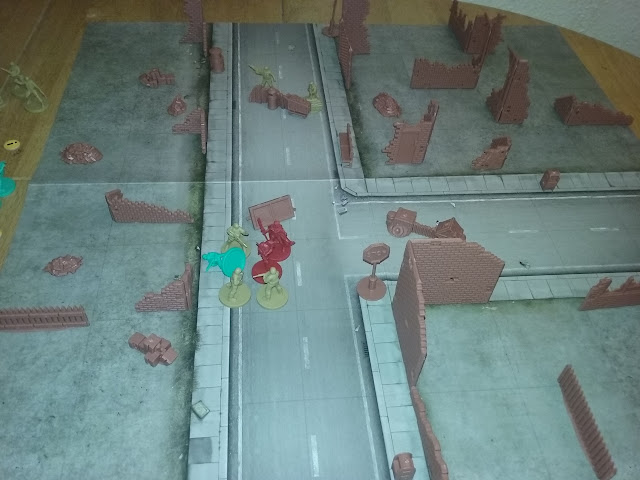 More Marines piled in to try to slay the Martian warlord 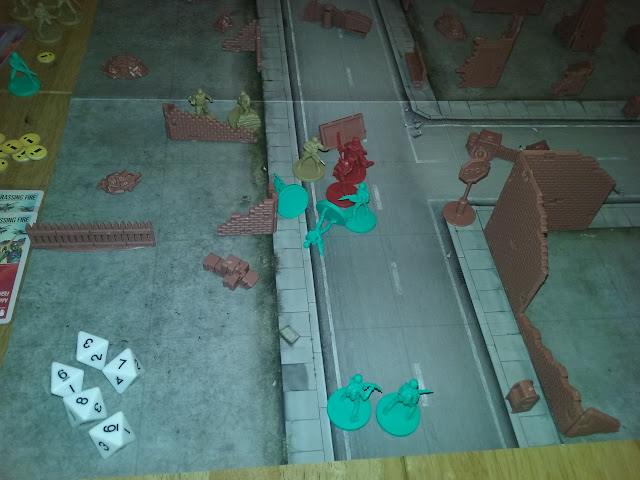 The LMG Marines move down to try to keep most of the Martian reinforcements off the combat in the middle until at least Tor was dead. 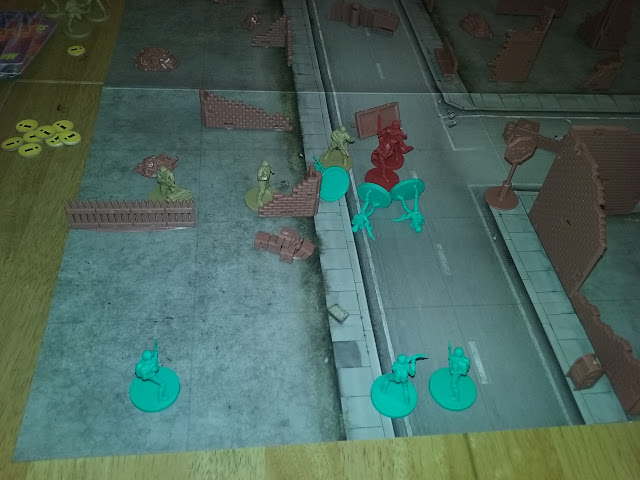 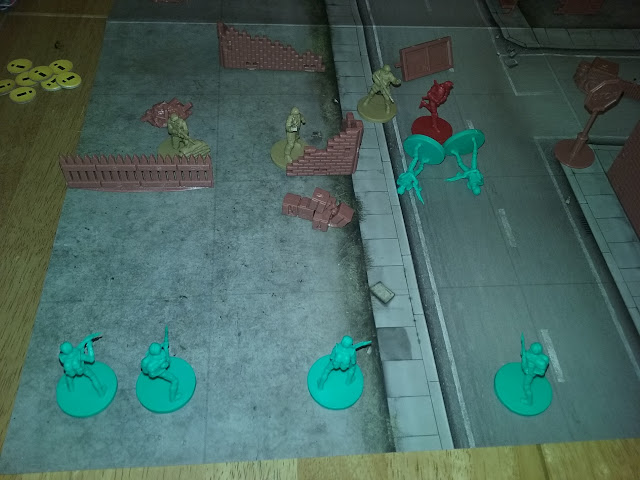 The LMGS chattered away trying to take out as many Martians as possible, and provide a distraction.  Finally General Tor fell in combat, time to start mopping up. 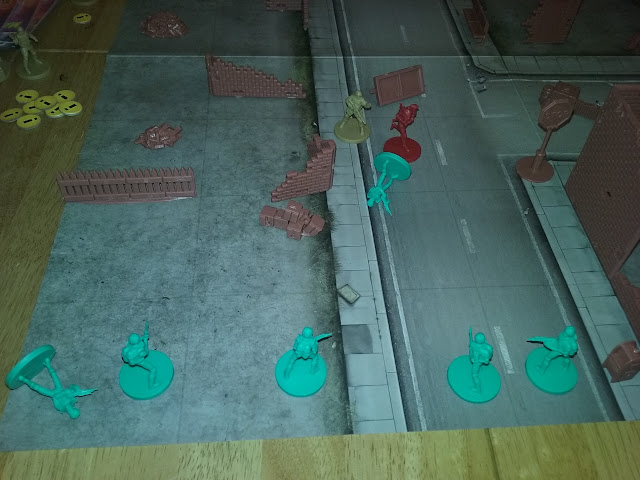 Concentrated Martian fire took out both the LMGs, Olivia only had sarge and Edwyn left. 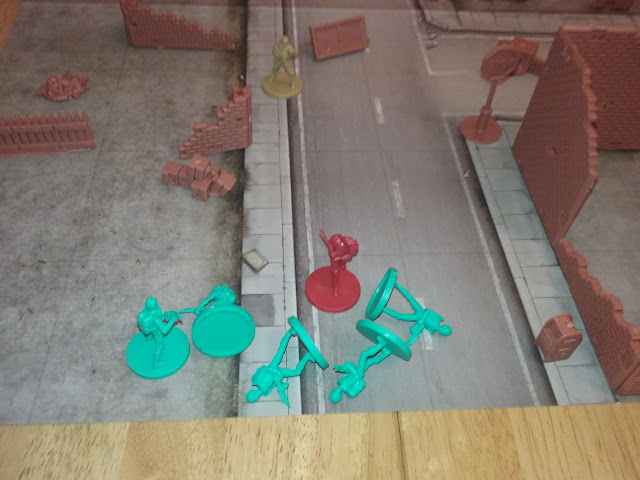 Sarge took out the Martian that was rattled, leaving Edwyn to pile into the next lot of Martians, his smite causing them to be rattled. 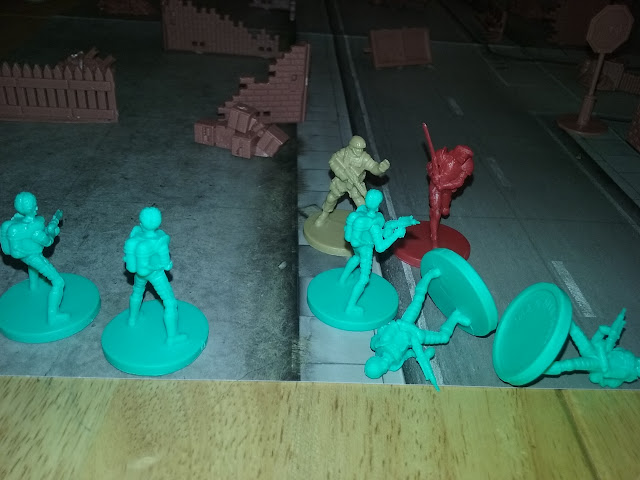 Next turn Sarge weathered the fire, then charged in to help 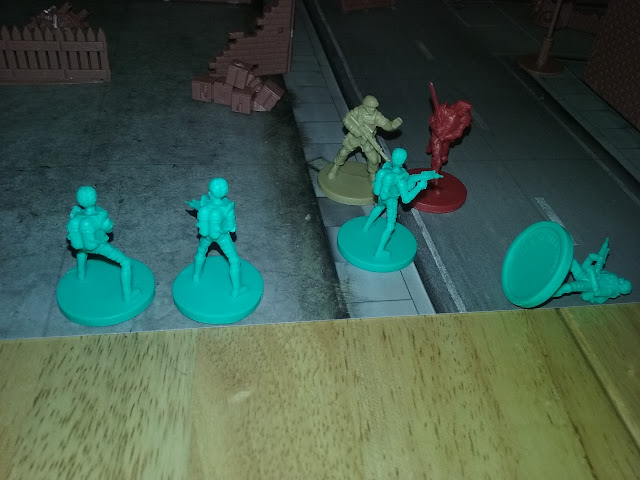 Edwyn took out the last Martina needed to give a victory 8vps and the game ends!  Human victory!


Sargent Olivia cleaned the Martian gunk off her blade, this had been tough, but they had fought their way through the Martian forces, with the mighty Knight Edwyn cleaving his way almost unstoppable through.  When she watched his sword connect with the Martian warlord she thought it was over, but with a flash he vanished.... but at least he wasn't here.  With Heroes like Edwyn, there could be a chance for Human victory.


Martian Warlord Martin arrived back on the mothership with a flash from the teleporters.  This had been a close call... his armour was dented and he hurt.....  This will heal, and I will have my vengeance, we will crush the Humans he thought.