Skip to main content
Labels
Posted by Unknown May 20, 2016

Each of the Scenarios as we play through adds in different heroes that play differently, or have their own special rules, and in Scenario 8 we meet Buddy & Brandi.  With their "Star Crossed Lovers" rule it means they can not voluntarily move more then 1 square away from each other.  As always Olivia is taking the role of Humanity, and I am in charge of the Martians. 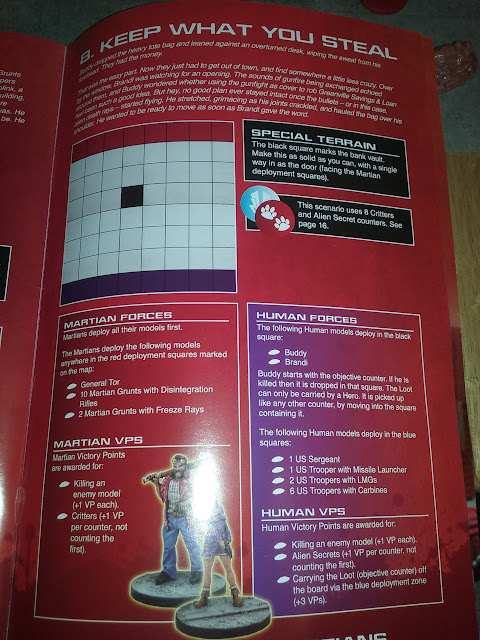 Olivia was pleased there was an option to get victory points by killing things.  So we set up... and started. 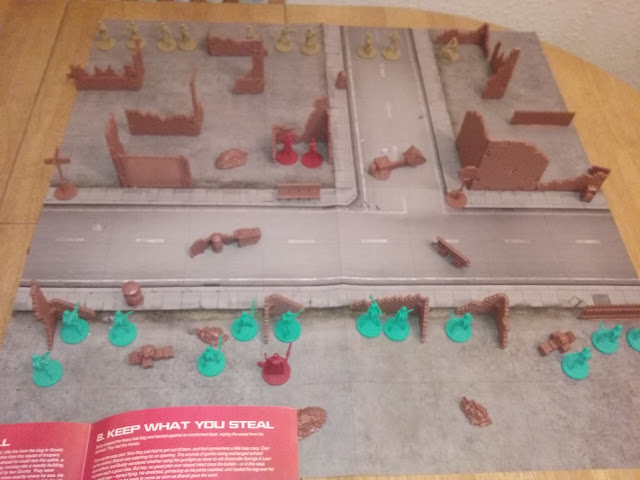 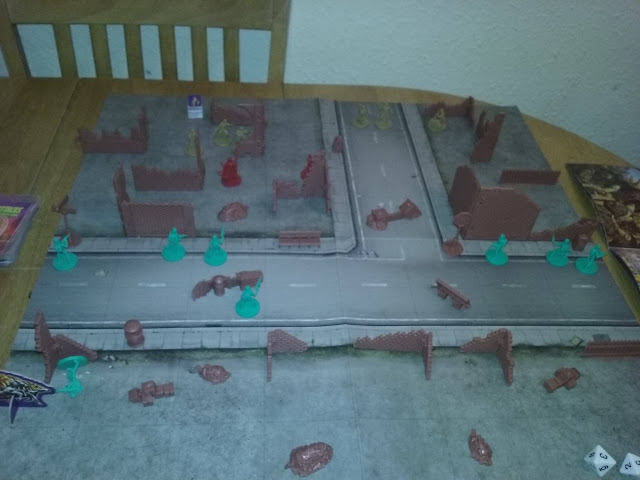 flaming cows make an appearance, and plenty of casualties 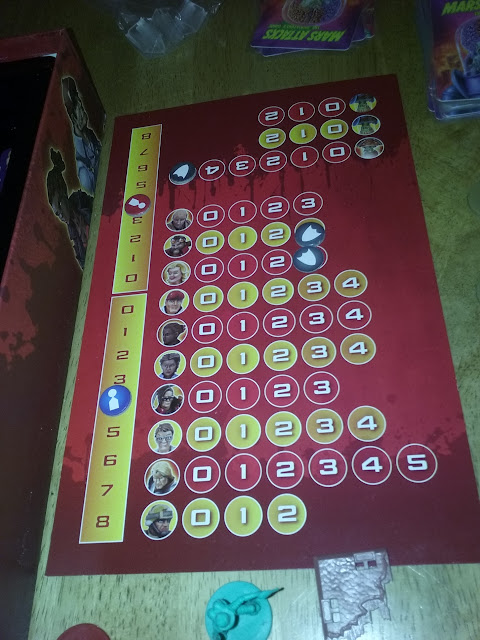 its 4 all at the moment, the game could swing either way, first to 8 vps wins. 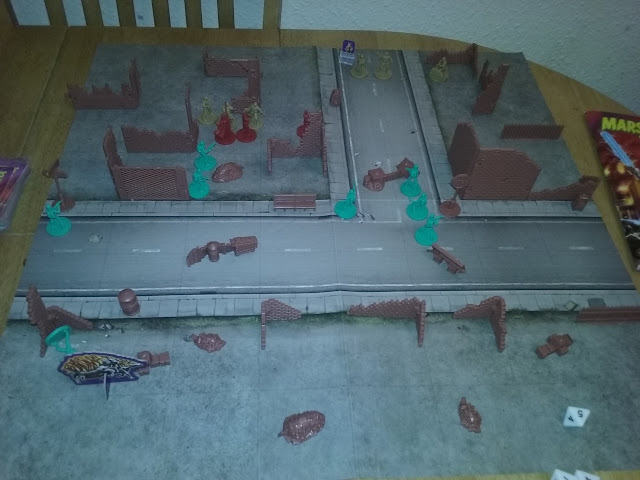 Buddy is using his bat to bring down those Martians in close combat. 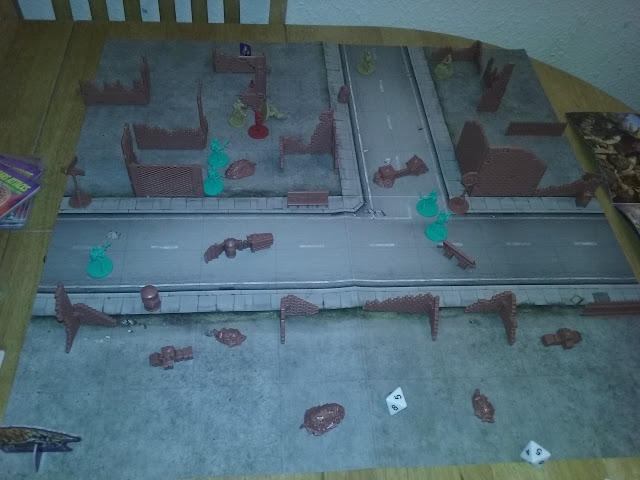 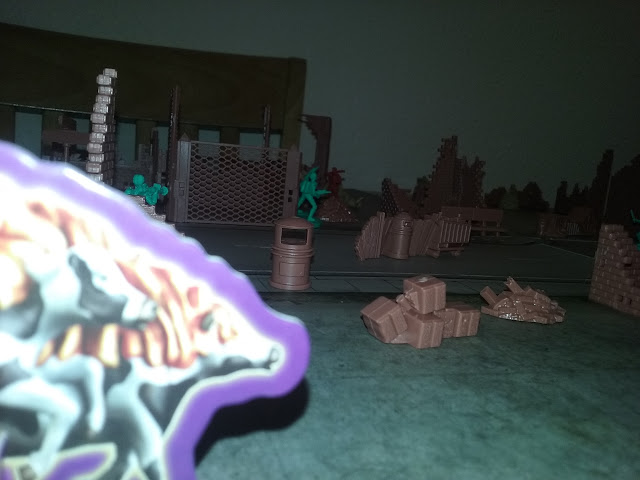 Martians, and flaming cows.... so much to love in this game! 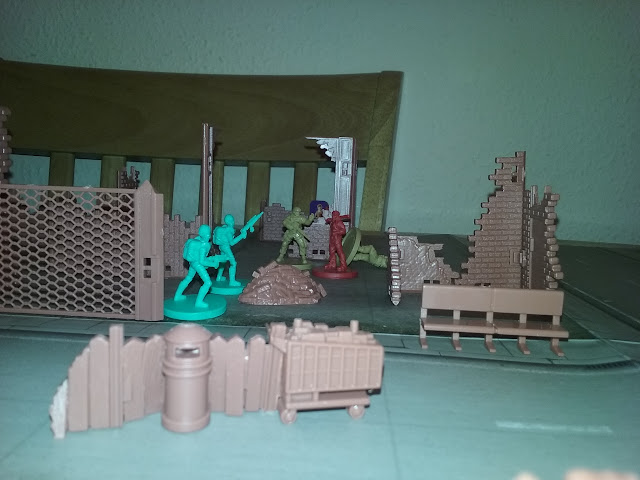 Buddy charges and takes down another Martian with the Sarges help to give the humans the 8vps needed for the win.