Time to look at another Zvezda tank model kit in 1/100 scale for perfect for your flames of war, or 15mm wargaming.

I love the look of the Lee/Grant, its big and bulky and just.. interesting! plus was used in the desert by the US and British, the pacific, and the Russians for lend lease, so plenty of options for users. 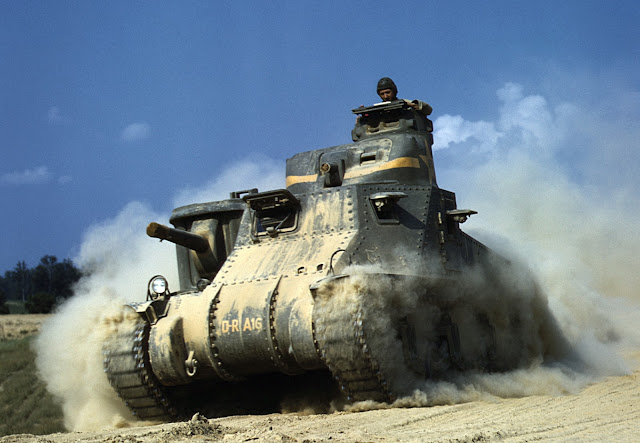 The Medium Tank M3 was an American tank used during World War II. In Britain the tank was called by two names based on the turret configuration. Tanks employing US pattern turrets were called the "Lee", named after Confederate General Robert E. Lee. Variants using British pattern turrets were known as "Grant", named after U.S. General Ulysses S. Grant.
Design commenced in July 1940 and the first M3s were operational in late 1941.  The U.S. Army needed a good tank and coupled with the United Kingdom's demand for 3,650 medium tanks immediately, the Lee began production by late 1940. The design was a compromise meant to produce a tank as soon as possible. The M3 had considerable firepower as it was well armed and provided good protection, but had certain serious drawbacks in its general design and shape, such as: a high silhouette, an archaic sponson mounting of the main gun, riveted construction, and poor off-road performance. 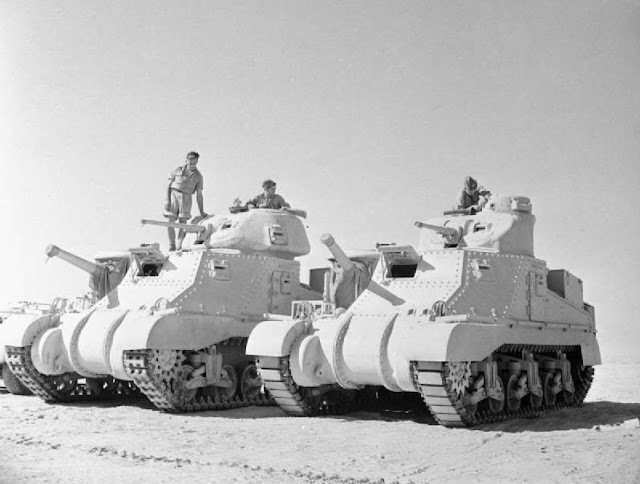 Its overall performance was not satisfactory and the tank was withdrawn from front line duty — except in the remote areas of the Asian Theater where it was used by British forces until mid-1944 or possibly later — as soon as the M4 Sherman became available in large numbers. In spite of this it was considered by Hans von Luck (a Colonel in the Wehrmact and author of Panzer Commander) superior to the best German tank at the time of its introduction, the Panzer IV. 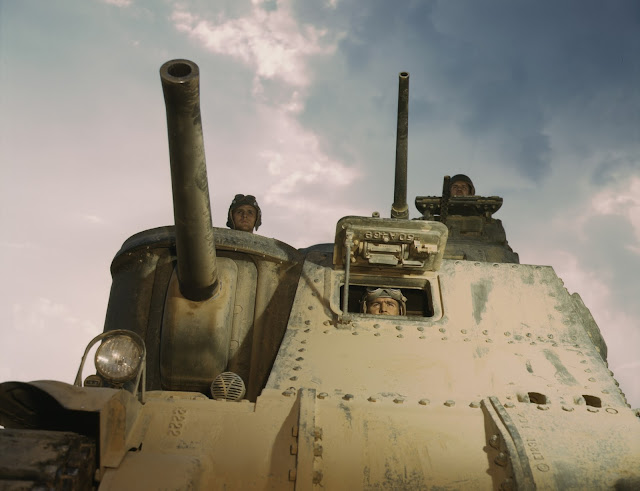 right time to take a look at the model itself..... 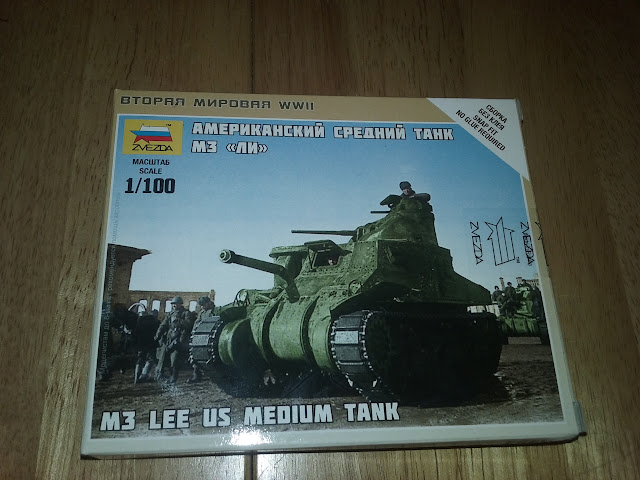 The box has some nice artwork on.  The tank kit can be used for the Zvezda game "Art of Tactic" or for my ideas Flames of war, or just for a quick model to build.  It has been a while since I put a tank kit together so was looking forward to trying this one, its not expensive less then £3. 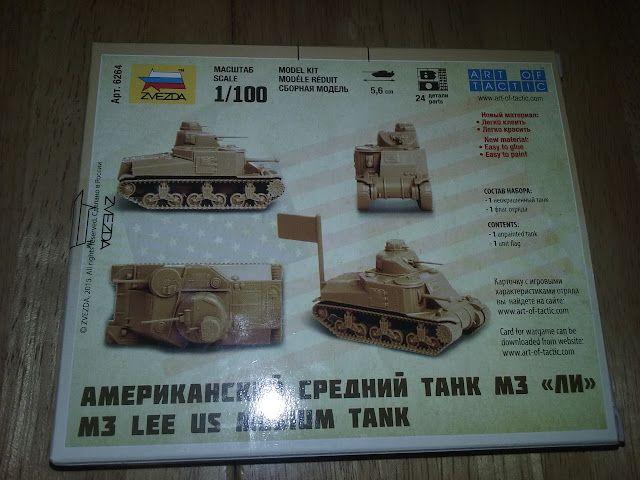 On the back you get a clear image of what the finished model "should" look like. 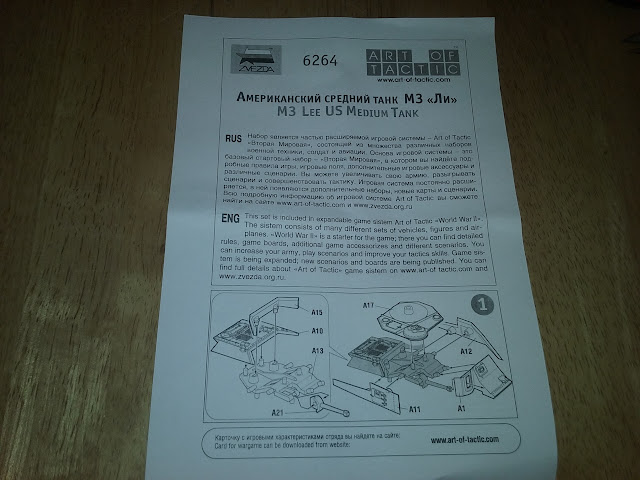 Inside the box you get a double sided instruction sheet, as compared to the Panzer II and Panzer III this model has plenty of parts. 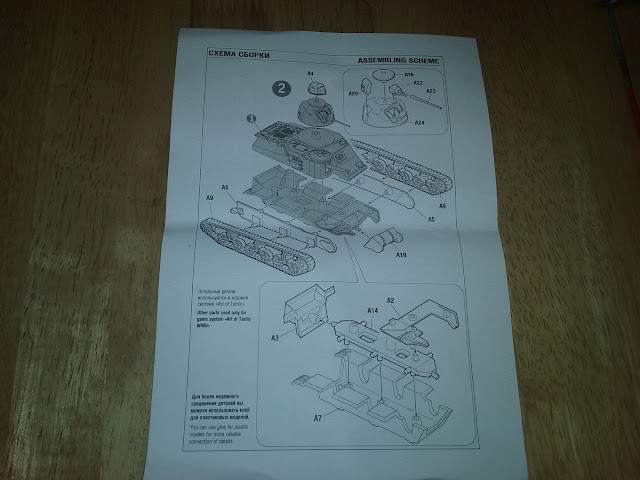 The instructions are fairly simple to follow due to the limited number of parts. 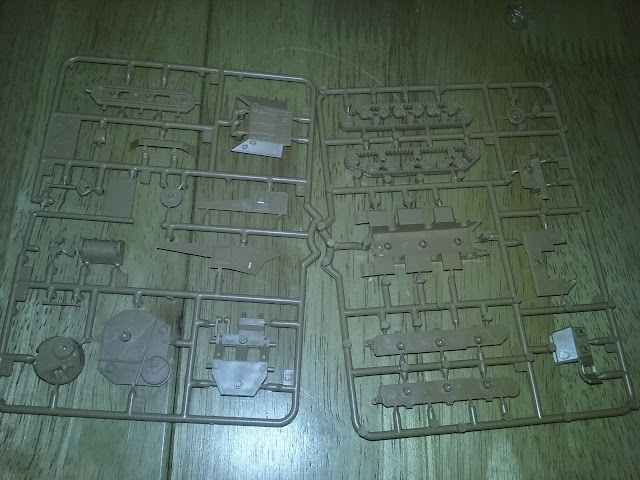 The sprues come in a slightly soft plastic, and a tan colour.  There is a nice amount o detail on the parts, including tools on the hull, and the rivets. 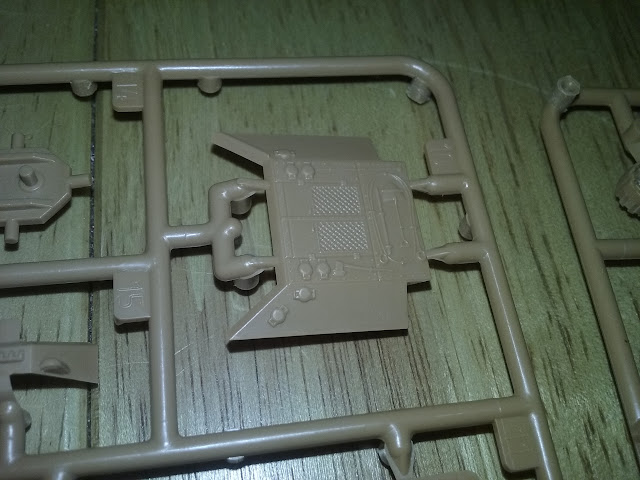 for the price, the detail level is good. 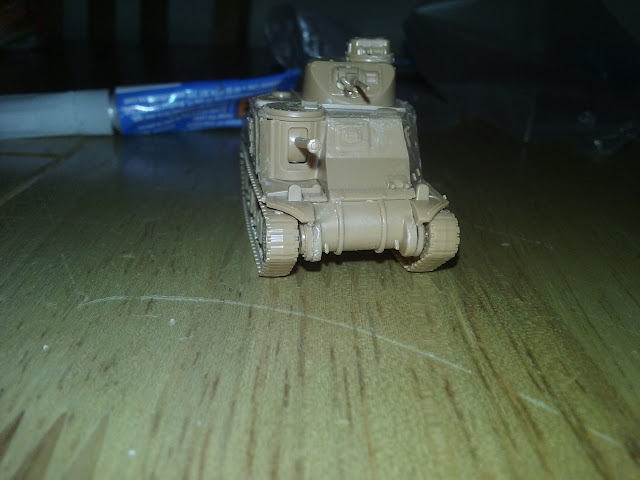 I did have some issues with the build though, there where some gaps, which I filled in, and getting the parts to line up was an issue at times, but overall it was an enjoyable experience. 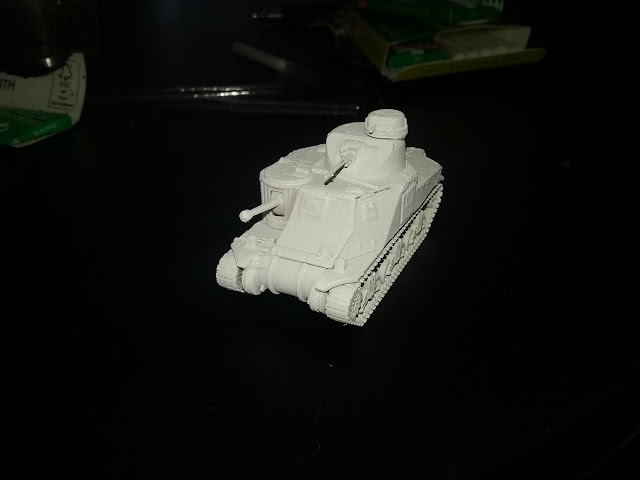 Primed the gaps are much less noticeable, and the detail does show a bit more, so after a nice coat of paint, and a wash it should not be too bad. 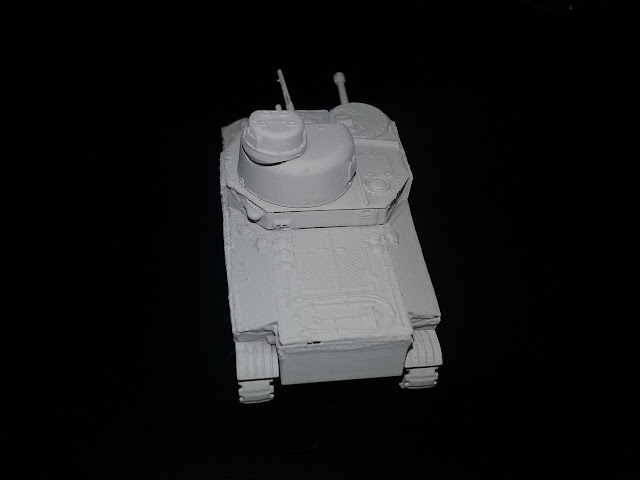 You cana see the detail on the grill, and the tools. 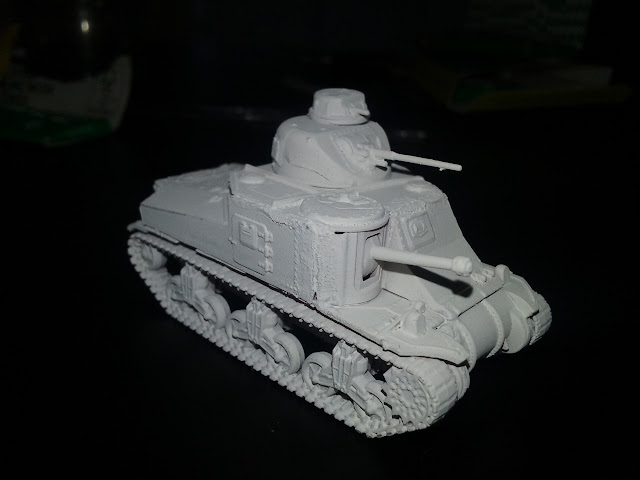 There are still the odd gaps showing, but once painted and at table level it wont be too bad.  Yes it is not as good quality as some other manufacturers, and you will have to spend some time fiddling to get it to fit, but for the money, its good value to get a force to the table quickly.
Labels: Flames of War Zvezda