Its that time again.... always an exciting time when new models come out for Xwing, so today we take a look through the Scum and villainy pack the Quadjumper.

"We can't outrun them!"
"We might in that quadjumper!"
–Finn and Rey

We begin our look at the Quadjumper Expansion Pack with a caveat—when Finn and Rey discussed the possibility of stealing a quadjumper to outrun a number of First Order TIE/fo fighters, it was within a specific context, one in which the idea was presented as an alternative to running across the sands of Niima Outpost on foot. 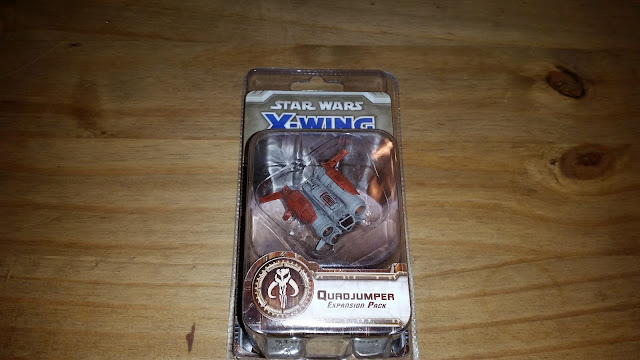 Its full of new maneuvers and dirty tricks. In addition to its pre-painted quadjumper miniature, the Quadjumper Expansion Pack allows you to militarize this typically unarmed ship with four Scum pilots and eight upgrades. These include new crew members, illicit technologies, and a modification that grants extra versatility to your tractor beam tokens. Finally, a unique elite pilot talent and associated condition help your elite pilots pay back their debts against those who have done them wrong. 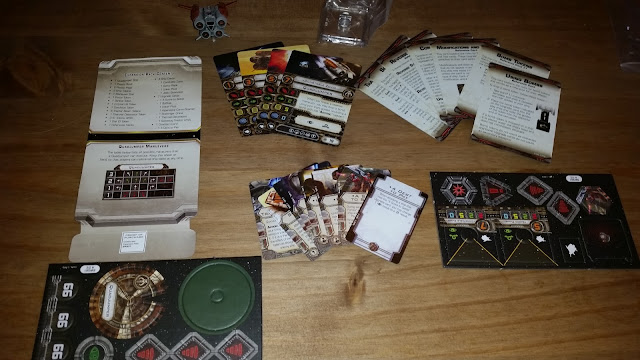 As Always, plenty of goodies come in the ship, cards, tokens and all the bits you will need.  Looking at the speed, she's not the quickest only topping out at speed 3, but she has a reverse! she can go straight bank, or bank backwards, of course its a red move, but the ship combined with some K turns is a pretty nimble little beasty. 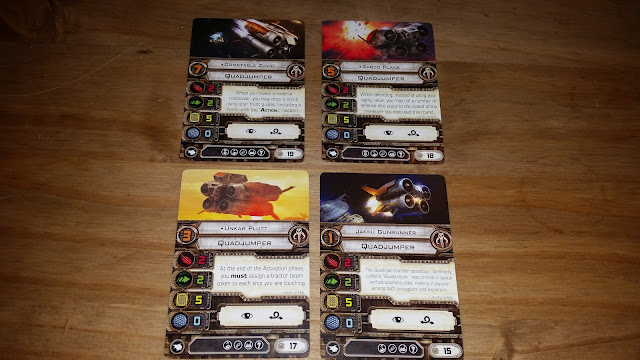 Pilot wise the highest skill we get is 7, which is Constable Zuvio.  His action lets you launch a bomb if you reverse from your front guides, which is handy for some sneaky unsuspected strikes.  Of course the ship with only 2 attack and defence isn't the greatest dogfighter stat wise, also no shields to protect from crits, but there are 5 hull points that need to be munched through before she's going down, and the highest skilled pilot only coming in at 19 points, shes dead cheap to run.

Sarco Plank can help with your defence, bu letting you roll the speed of your move for defence instead of your agility, I mean you are only gaining 1, and that's going full speed at 3, but still can be useful from time to time.

Unkar Plutt forces you to assign a tractor beam to every ship you are touching at the end of the activation phase, which means you want to be right in the mix.

Lastly the Jakku Gunrunner provides a generic choice for you. 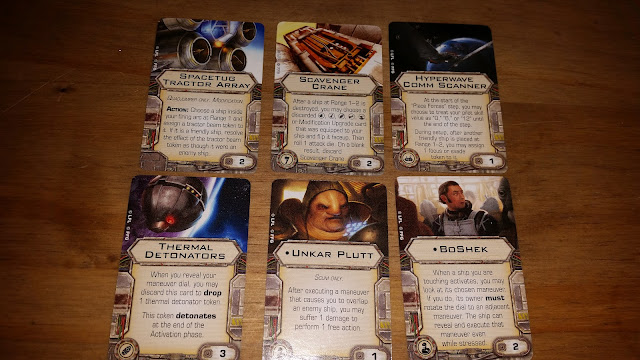 SpaceTug Tractor Array is a Quadjumper only mod, that as a an actin lets you chose a ship inside your firing arc and assign a tractor beam token to it, it also lets you do it to friendly ships, which could be handy if you need to reposition them.

Scavenger crane comes into effect when an enemy ship is destroyed at range 1-2 and lets you scavenge an upgrade card from the ship, but you have to roll a die after and may lose your crane.

The Hyperwave com scanner comes into platy at the place forces step, so before the game begins.... you can decide to have your ship count as pilot skill 0, 6 or 12 until the end of the phase, and when you place another friendly ship at range 1-2 you may give it a focus or evade token.  Very useful for delaying setup to see where  the enemy big hitters go if you choose 12, or if you choose 0 and gather everyone around you can give them all actions.

thermal Detonators is another bomb type weapon option to add your arsenal.

Unkar Plutt makes an appearance as a crew option, for scum only, but if you overlap an enemy ship you can suffer a damage to take an action.

Boshek is another crew option for you tat works when you are touching another ship.  When that ship activates, you can look at its dial, and if you do they must then turn it to an adjacent move on the dial, which could potentially mess up their flight plans. 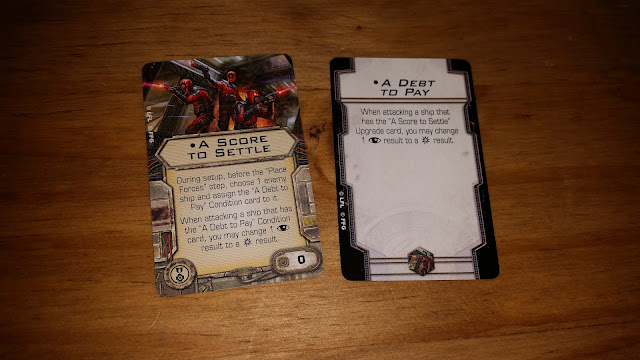 We also get the free elite upgrade A score to settle.  I like this one, its got great theme in it.  during setup, but before you place ships, choose an enemy ship, and assign the "A debt to pay" condition.  Then when attacking that ship you may change a focus into a critical for free. 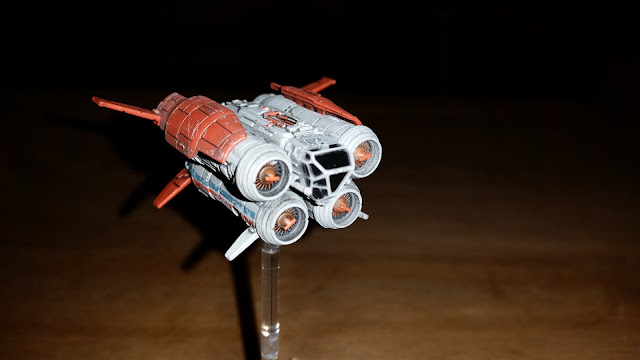 The model itself really looks spot on, just like the ship from the Force Awakens 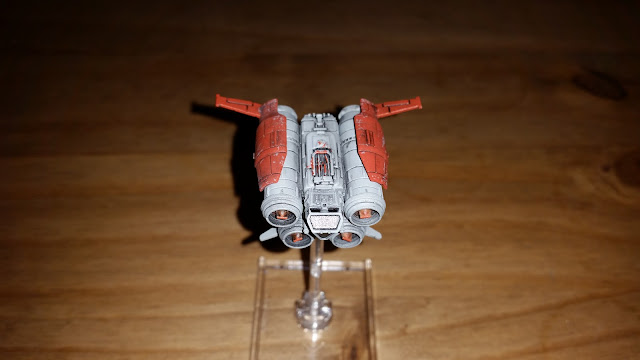 There is great detail all around, and although its not the sleekest star fighter, there is something really charming about its stubby little appearance that is rather endearing. 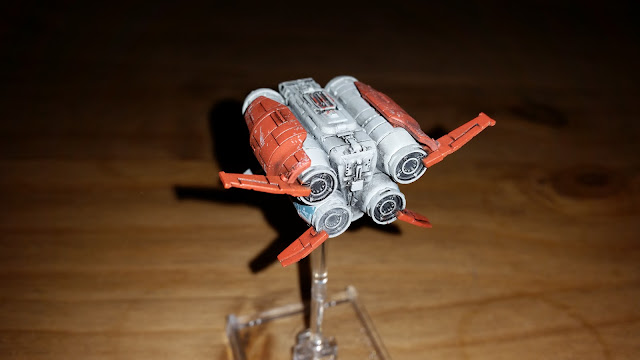 Another great pack, with some reather cool options for the Scum, and a nice new thing with the condition attachment, I really like that and hope it continues with other ships.  The ability to reverse (common in Star Trek Attack Wing) will be a nice new option and provide opponents more to think about.

With an RRP of £13.99 you get a ship that has a real new flying style, is cheap customisable and fun to fly, so head on over to your local game store and grab yourself a pack.