Fantasy Flight Games released the app based XCOM game a few years ago now, and most people thought that was it... just the one release, but no.... now we get an expansion in the form of Evolution.  this also ties nicely into the video game by adding what was in that expansion to the board game.

We looked at the original board game XCOM earlier in the week, so check it out! 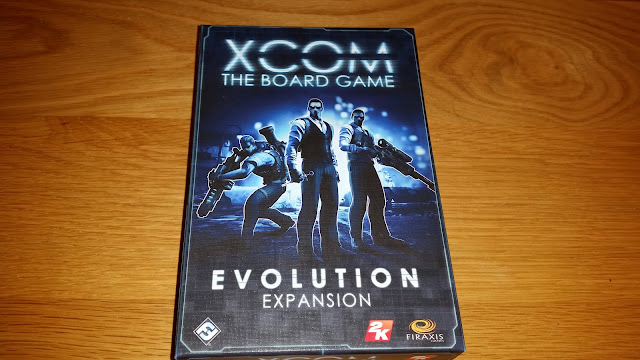 Hello, Commander. The war continues – at great cost. We now believe another force is at work against us. If not dealt with swiftly, it could destroy us…

XCOM: Evolution is an expansion for XCOM: The Board Game that complicates your war effort with new missions, enemies, and invasion plans, as well as mechanics that make your struggles more dangerous than ever. As the alien forces spread and peril increases, the sinister humans of the EXALT seek to take advantage of the chaos to infiltrate and destroy XCOM from within. Their treachery leads to new challenges, and you'll face new crises, you'll find your work subverted, and you'll have to deal with new threats to the very resources you need to win the war.

Fortunately, your team has also made some advances since the war began. The discovery of the mysterious alien substance known as Meld promises to unlock some astonishing breakthroughs in the field of biomechanics. And XCOM: Evolution allows you to pursue some of these advances, potentially bringing formidable new weaponry to the field in the form of MEC Troopers! 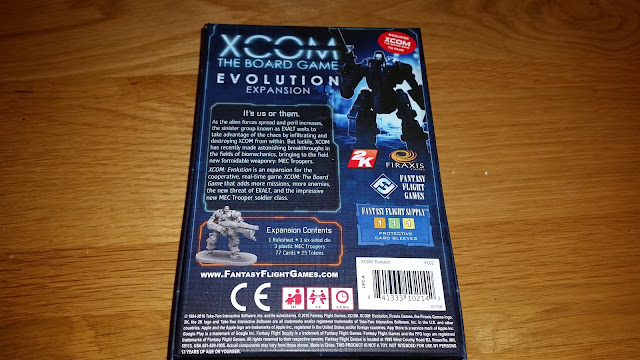 Its not the largest box in the world! so what wonders can lurk within? well takes a look and see...... 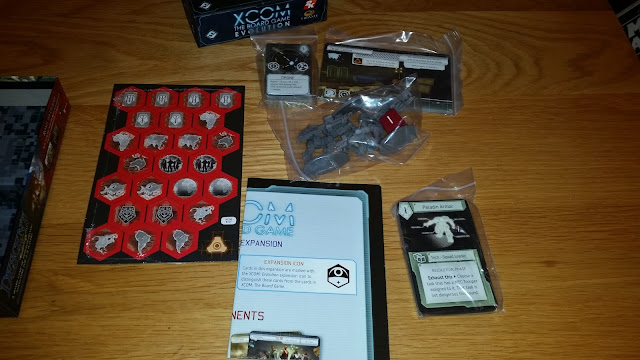 so a quick rummage reveals a few bags of cards, some tokens and a rules sheet, plus some models.. oohhhh! Now this doesn't needs reams of rules, since they are all integrated into the app, and when you load up the app it offers you the choice to play normal XCOM or, XCOM with Evolution expansion so you still have your options. 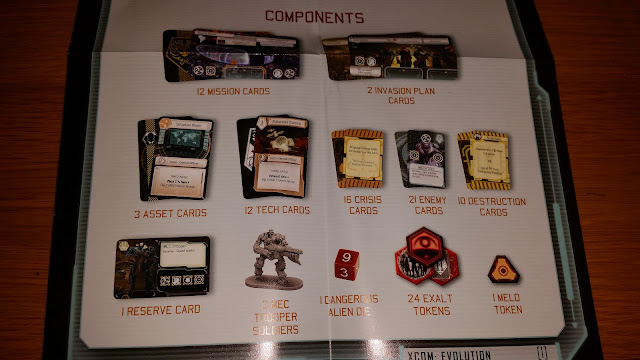 Here is al list of all the new goodies that come in the expansion.  Meld is new, well for the board game, but was introduced in the expansion Enemy Within for XCOM the video game.  Its a new form of resource you can collect in missions that can unlock new technology and upgrades.  Exalt tokens are app managed, well it tells you when to draw them anyway, and it effects certain ares of your base, perhaps continents, the lab, the mission even.... and if there is an Exalt token on that when you are trying to do something it becomes dangerous... which is where the red d6 comes in.  for dangerous missions you use that instead of the normal D8 so it lowers your chances of success. 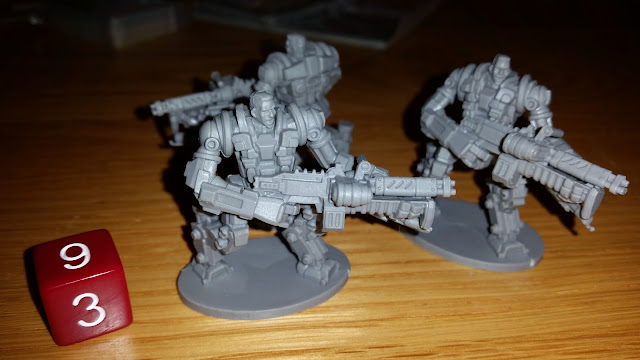 firstly lets look at those lovely models... these are the MEC troopers, big heavily armoured additions to your squad.  You cant recruit them straight away though, they need to be unlocked via the chief scientist and the cybernetics lab.  They can never become elite, but they do hit hard and give us some more options to defend the world from the alien menace. 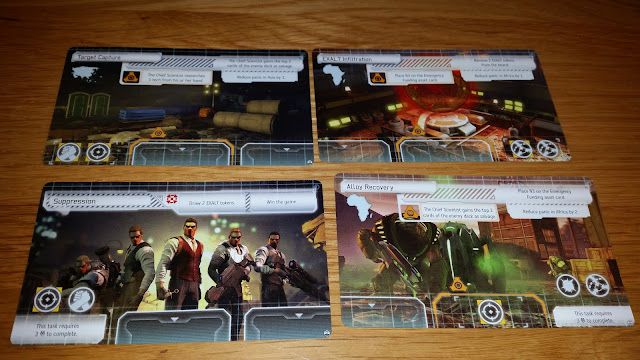 With new invasion, and mission cards its going to ad more variety to your game, and these are hard! though they do have the same great art style as the original and video game, which I really like. They all keep within theme nicely too, Those Exalt (the human organisation) fellows where never pleasant to deal with and insidious, so its adds another enemy, and another layer of tenseness to the game. 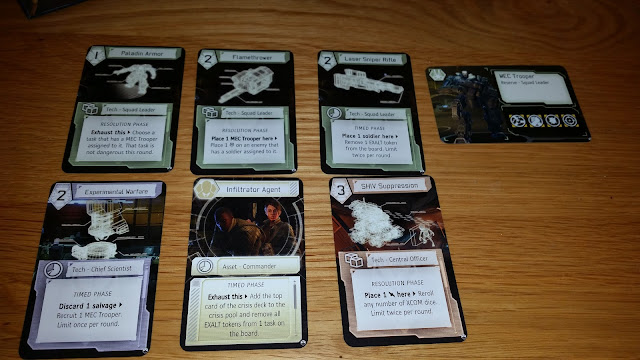 Of course, its not just the bad guys getting more... we get stuff to help defend the world too, with new assets and upgrades like the laser sniper rifle, or SHIV suppression, perhaps you fancy the heavy paladin armour instead? there are plenty of things to get, and if you are XCOM video game fan, you will get a real kick out of going through the items and recognising them. 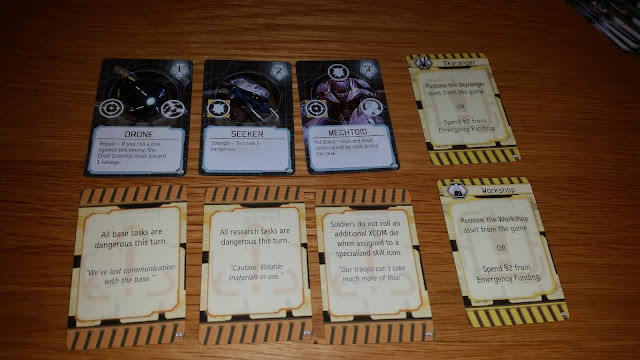 Along with new gear, you also get new Aliens to test them out on, including the scary Mechtoid, so be sure you get your troops up to speed, but then don't spend all your funds on troops, or science wont be able to research, but then you wont have money for interceptors or or... the list goes on, every new choice is a hard choice for keeping the budget going.

There are going to be new crisis cards too... and they are never fun, but again it provides something fresh to come up against, and some use the new dangerous mechanic found in this set.

Lastly we get destruction cards... these are not fun... (well they are its a great game, but these ae brutal)  They represent facilities and equipment that are threatened by the invading alien masses, and you can see you get a choice, remove things.. or pay up..... so you best make sure there is some cash laying around in case of these.

For a little box, it really adds a lot of game, to an already fairly big game.  Its great, I love the new options, and the ability to just "plug  and play" them with the app, you can original if you are newer or want a more gentle game, or go full hardcore, with a mission in this called Annihilation which is as hard as it sounds, but like all the missions in the game, its incredibly satisfying if you can work together and win, and its the kind of game that will provide you with stories to chat about for a long time after as well.

With an RRP of £23.99 so head on over to your local game store and grab yourself a pack.