Today we are looking at an expansion for Star Wars Imperial Assault from Fantasy Flight Games.   This model pack will replace the card token from the Jabbas Palace expansion, and add more to your game too.  Today we are looking at the Evil Crimelord himself..... Jabba the Hutt.  Some people say his model should really have been included in the Jabbas Palace set since his name is on the box, but I don't mind just having the token, and now you can get the model to replace it and extra stuff too! 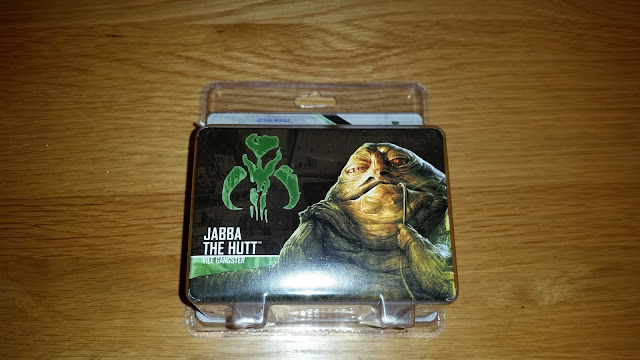 The galaxy lies in thrall to the Galactic Empire. No matter which planet you live on, the Empire’s laws define your life and are brutally enforced by faceless Stormtroopers. At least, that’s what the Empire would have you believe. It may be true on Imperial Center and some of the inner planets. But the truth is, if there’s anything stronger than fear of the law, it’s cold, hard galactic credits. In the Outer Rim, the Empire is no more than a nuisance to be avoided—the real power lies with the criminals and crime lords who rule these planets. And few criminals are more feared and respected than Jabba the Hutt. 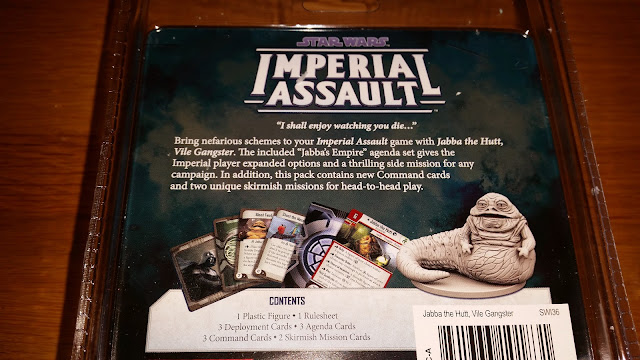 From his palace on Tatooine, Jabba the Hutt holds sway over a significant portion of the Outer Rim, employing smugglers, bounty hunters, and enforcers to increase his wealth and keep the Empire away. Soon, you’ll be able to bring Jabba into your games of Imperial Assault with the Jabba the Hutt Villain Pack. Like other Imperial Assault figure packs, this expansion offers a detailed, beautifully sculpted plastic figure of Jabba the Hutt, alongside all the cards you need to support your campaign or skirmish games, whether you’re playing with the new Jabba’s Realm expansion or not.

Lets pop it open and take a look and see what we get inside.... 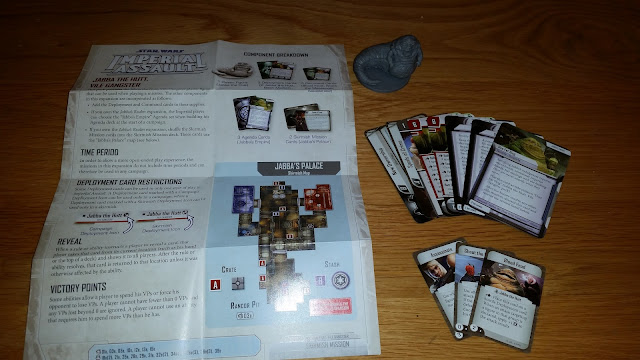 So we get a nice selection of cards, new missions, and the model, which is a multipart model, but he pushes together nice and easily. 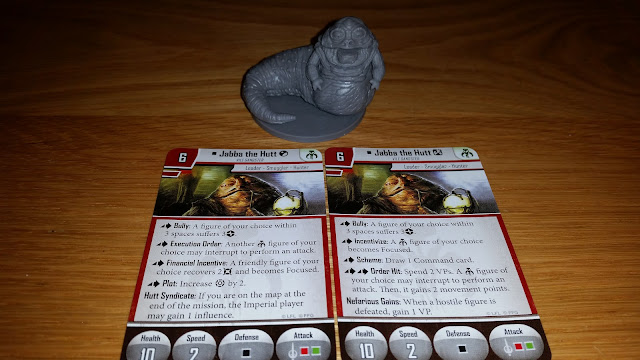 You get two versions of Jabba, the campaign version you come across, and the skirmish one.  Both are the same stat wise, so he's not too fast, but ca hit hard, if he ever gets to you.  Speed is certainly not Jabbas thing.  But he is loaded with action abilities, he can get mercenaries to interrupt your turn to perform an action, he can make figures suffer strain, or increase the threat too, and give the Imperial player more influence.  In Skirmish form he can focus his troops, or order a hit, which interrupts your opponents turn and gives more movement to you guys.  Its a new style character to try out, and I love the thematic names. 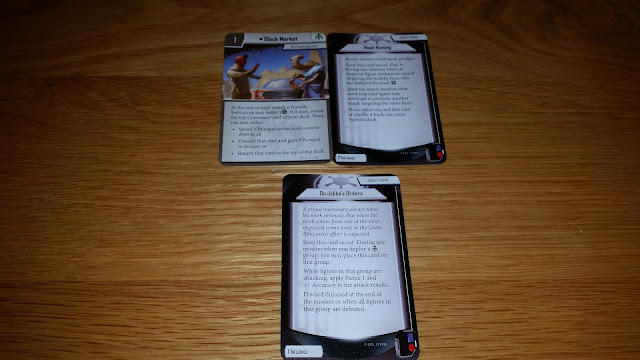 The Black Market skirmish upgrade lets yous spend strain for various effects, like looking at your command decks top card, and gaining VPS equal to its cost, and discard it, or spend the points to draw it.  It will certainly provide plenty of new options.

On Jabbas Orders, and Head Hunting will provide the Imperial player with some scary options for Mercenary forces in games too, so well worth adding in. 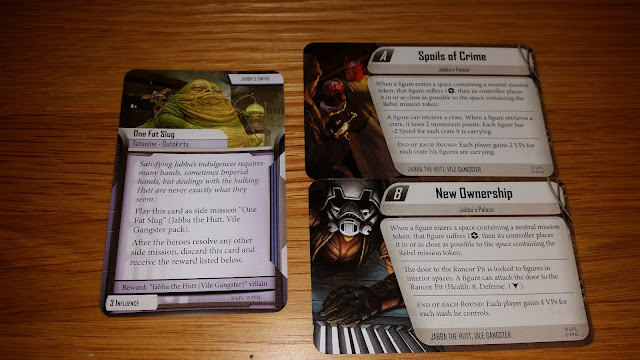 One Fat Slug is an great name for the side mission he provides.  Spoils of Crime, and New ownership provide some suitably underworld themes skirmish missions to get stuck into to.

Again, I love it, the models great, the new missions and gear it provides are well appreciated and again improve the options for the main game with more variety.  And you can now use your hefty in weight and looks Jabba model to replace the token in campaign mode for looking better!


The pack comes with an RRP of £13.99 so head on over to your local game store and grab yourself a pack to increase your options for Imperial Assault.