Once again, we are looking at an expansion for Star Wars Imperial Assault from Fantasy Flight Games.  Now we are looking at one of the figure packs.  This model pack will replace the card token from the Jabbas Palace expansion, and add more to your game too.  Today we are looking at Olivia's secret crush (she wont admit it but goes red) Luke Skywalker, Jedi Knight.  Yes we had Luke in his farmboy form in the core set, but this is a whole different trained Jedi luke. 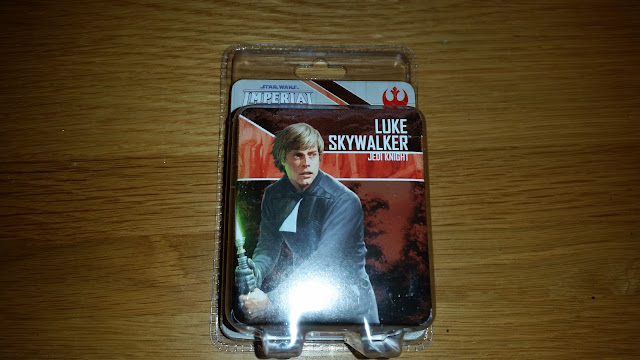 “It’s your choice, but I warn you not to underestimate my power.”
–Luke Skywalker, Star Wars: Return of the Jedi

For centuries, the Jedi Order endured as a symbol of truth and justice in the galaxy, with hundreds of Jedi Knights working to protect the innocent and safeguard the galaxy. The Galactic Empire gutted the Jedi Order, however, and by the events of Return of the Jedi, Luke Skywalker may be all that remains of that once legendary order. With the Luke Skywalker, Jedi Knight Ally Pack, you can bring a new version of Luke Skywalker into your Imperial Assault campaigns and skirmishes. 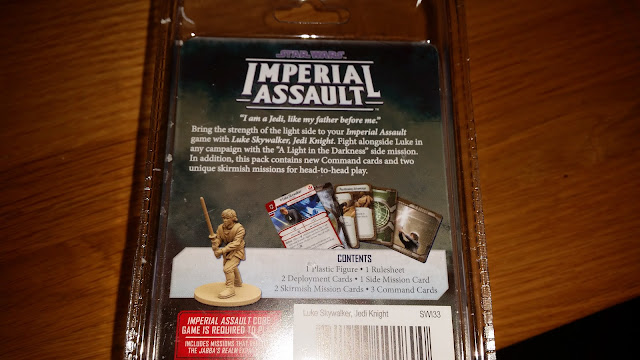 A Jedi Knight with the skills of Luke Skywalker would be an undeniable boon to any Rebel strike team. You might end up using Luke’s knowledge of his homeworld to infiltrate an Imperial base on Tatooine, or you may bring him into one of your other missions as an ally. With his fully developed Force powers, Luke Skywalker can fight for the Rebel Alliance whether you’re playing the new full-length campaign in Jabba’s Realm, skirmishing against a hostile strike team, or playing any of your other adventures across the Star Wars galaxy.

This is an example of one of the smaller packs for Imperial Assault that adds some nice little bits, and provides new models, so lets pop it open and take a look....... 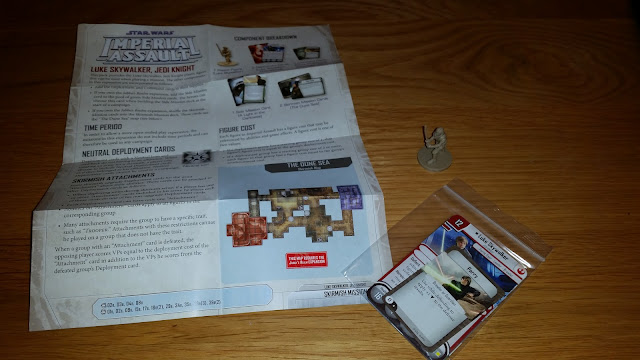 So what do we get in the pack? A plastic model a bag of cards, and a Skirmish mission map. 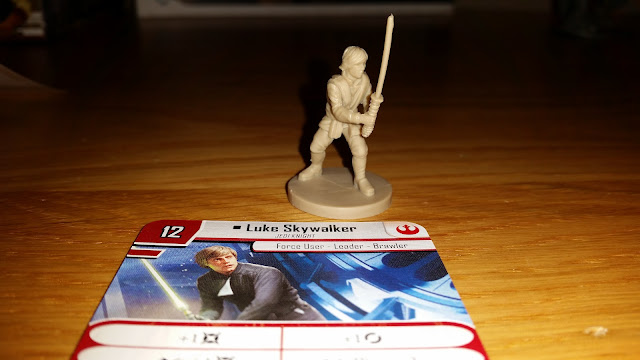 The Luke Model is the same card as the Jabbas Palace expansion, so he's powerful, and the model is very good, this one really looks like it would paint up well. 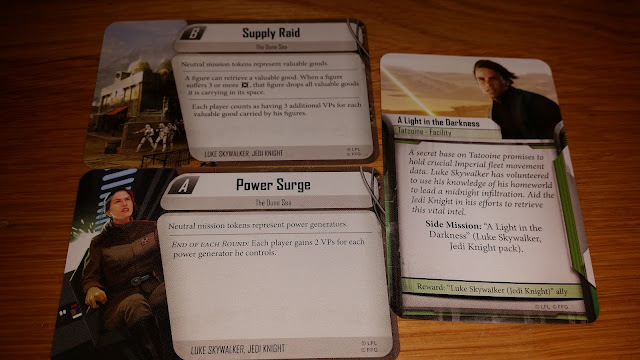 You get two skirmish missions with Supply Raid, and Power Surge that provide different ways to play.  You also get his side mission, a Light in the Darkness, where you can earn him as an ally in the campaign mode, and hes a beast so well worth getting! 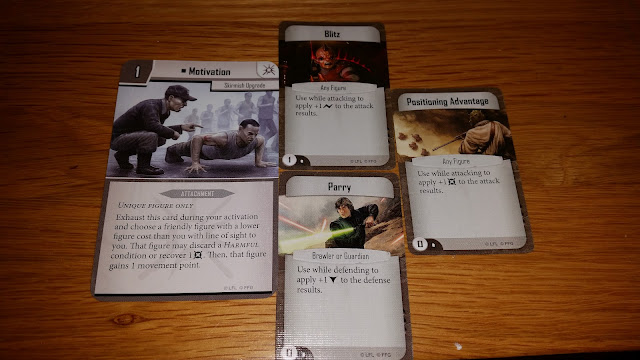 You also get a skirmish attachment in the form of Motivation, that can be exhausted to force a lower cost figure in line of sight to discard a  harmful condition or recover a wound and gain a movement point, so very handy to clear up problems, to push too when you need it.  You get three new option as well for cards to add to your Skirmish command deck.  Blitz lets you gain more surge, Parry is a good way to defend more, vital to keep those characters alive, and positioning advantage that can help you by adding a wound to your results whilst attacking, good to try and takedown a tough target.

This is the first time I have looked at one of the smaller figure expansions for Imperial Assualt, and its pretty good value, the model is nice, the cards and new missions will also increase the life of the game, so its well worth picking up, and with it being Luke I don't think Olivia would forgive me if I did not!

The pack comes with an RRP of £8.99 so head on over to your local game store and grab yourself a pack to get a load more Imperial Assault goodness to play!