I never used to be a super hero fan.. but the more I tried playing games like Marvel Legendary Villians or Marvel VS 2PCG both from Upper Deck the more I started to enjoy the world of superheros, some more than others... and Deadpool more than most.  I am a big Deadpool fan, the humour and self awareness that is put into his character is just top notch, and makes him truly a pleasure to watch or read in his adventures, and now.... to play! 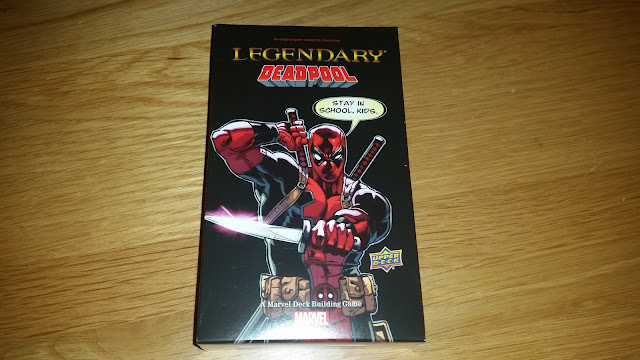 This is an expansion for the Legendary series of games, which has strayed out of the marvel universe, in fact the Alien version is excellent so check that out for a review of how the main game plays.  You do need either the Villians or the main legendary core set though for this. 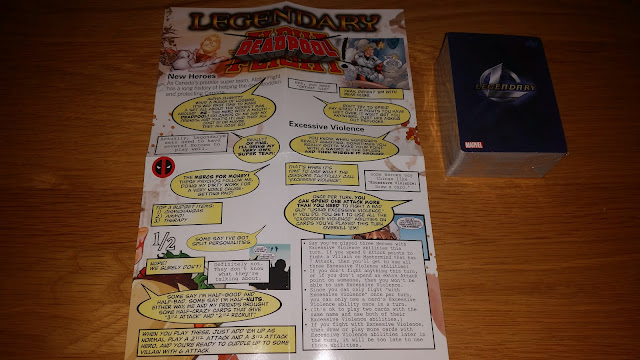 popping the pack open you get an instruction sheet, and a pack of cards.  The instruction sheet is laid out to explain the new rules this expansion adds, and is done using the classic Deadpool speech bubble, a very touch for fans. 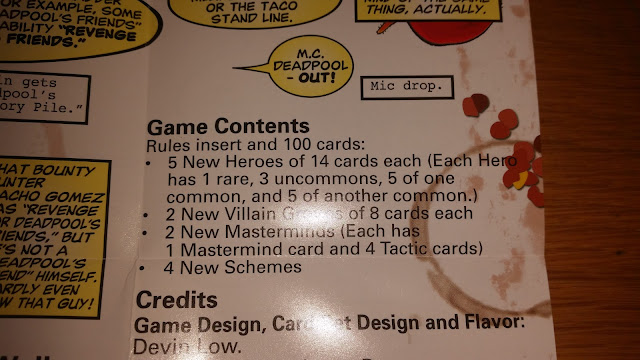 You get 100 brand new cards in the pack including new heroes with different levels of rarity, new villain groups, new masterminds, and schemes.  I will not show you all the cards.... I mean what would Deadpool say? something witty and offensive probably... but I will show you enough to give you a good idea of the pack. 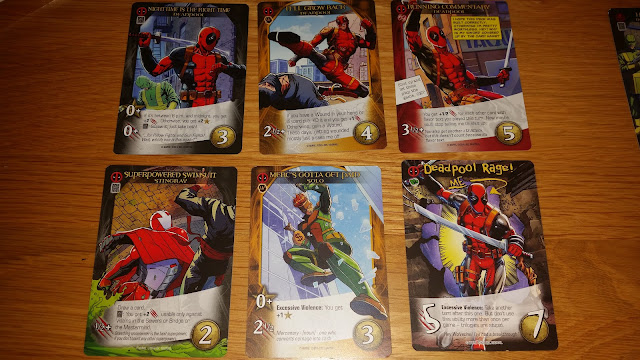 Of course... we get Deadpool himself in multiple forms! all with differing abilities, and my personal favourite.... his own "home made" card of Deadpool rage.... they have really kept the attitude and humour spot on... 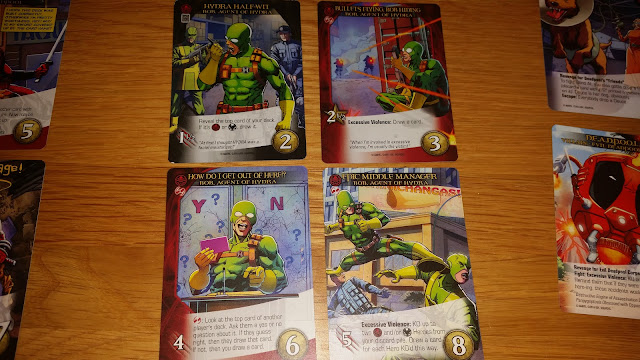 Agent bob makes his appearance in many differing guises, again, keeping the humour and the style of the Deadpool `verse bang on. 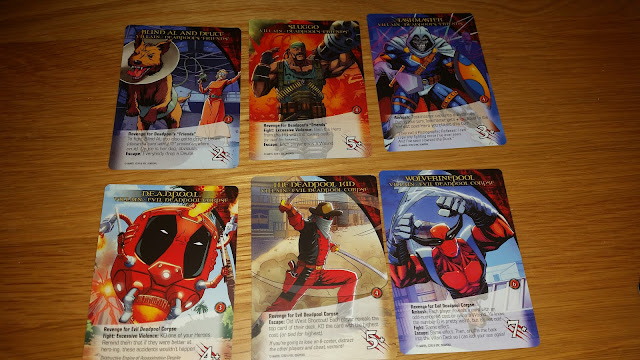 Blind Al and Deuce turn up as villains, and listed rather nicely as Deadpools "friends" and again some of the more unusual Deadpool humour, in the Deadpool Kid, and Wolverinepool. 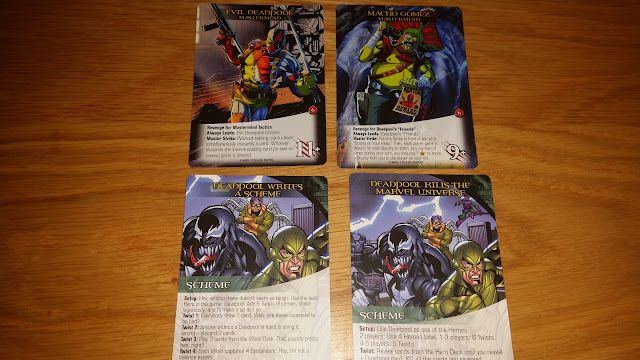 The new masterminds actually present us with a version of Deadpool to go up against, I mean he is a merc after all.... and Macho Gomez.... hes scarier than his name gives him credit for!  The schemes are great, a special mention to the Deadpool writes a scheme card.  Its written in perfect character and all sorts of things could happen as he has thrown it together... I love it!!

You may have already guessed, but I am rather a fan of this pack, and I enjoy the mini expansions they have done such as with the Captain America 75th Anniversary pack and this keeps it going, giving you a real focused shot of your favourite character so you can choose to add it or not if you are not a fan.  If you are though... you are getting some great goodies, new plays to play with new rules, new villains, and heroes, and of course all of these filter into the existing sets, and change your game up with new bosses to fight, even if you do not want to use Deadpool as a hero, so it really shows the value of these packs. This is a must if you are a Legendary fan, and even more if you are a Deadpool fan as you will love it for the art and humour in the cards.

You can the mighty and amusing Deadpool to your collection for an RRP of £19.99, so head on over to your Local game store on your way to get a chimichanga and grab it.