Here we are to take a looka t the latest wave of Star Trek Attack wing, and first up we get some support for the Klingon Empire.  The K't'inga may be an older class of ship when compared to the Galaxy or Defiant, but do not underestimate her, she packs plenty of firepower and can still hold her own, and like the Federations own Excelsior class, she has proved her worth through many engagements. 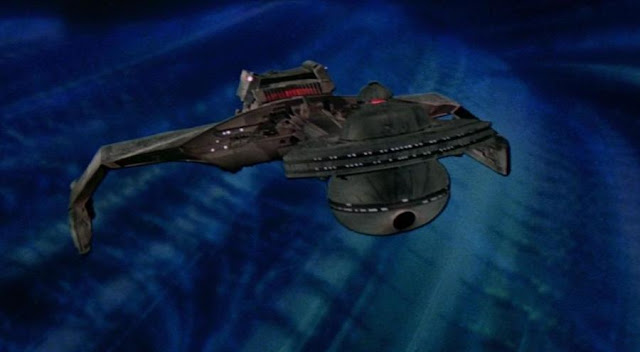 The IKS Amar was a Klingon K't'inga-class battle cruiser that was in service with the Klingon Imperial Fleet in the late 23rd century.
In the mid-2270s, the Amar led a three-ship patrol formation when they intercepted the V'ger cloud as it traversed Klingon space. The Amar fired three photon torpedoes at the cloud to no effect. After determining their weapons had no effect on the cloud, they attempted to perform evasive maneuvers and were subsequently destroyed by plasma energy bolts fired from the cloud. Before its destruction, the Amar sent a transmission which was intercepted by a Federation sensor drone. (Star Trek: The Motion Picture)

So lets see what you get in the pack 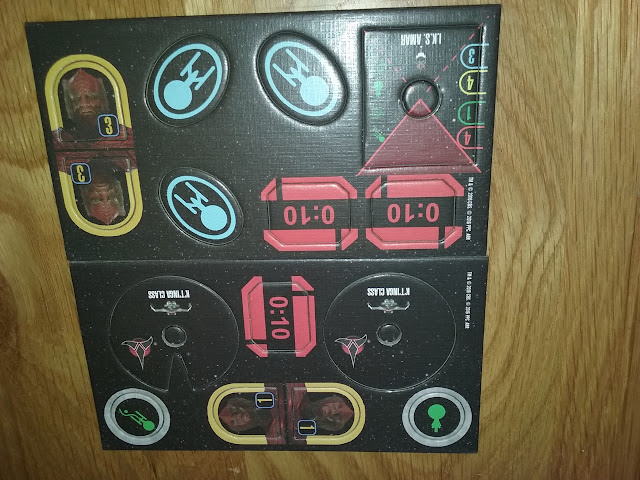 You get your nice quality tokens.  In this wave I have noticed they have stopped giving out Target Lock tokens, which is fine as I have a ton of them, but if you are new to the game may be a problem in the long term, but fine at first as you have some from the starter set. 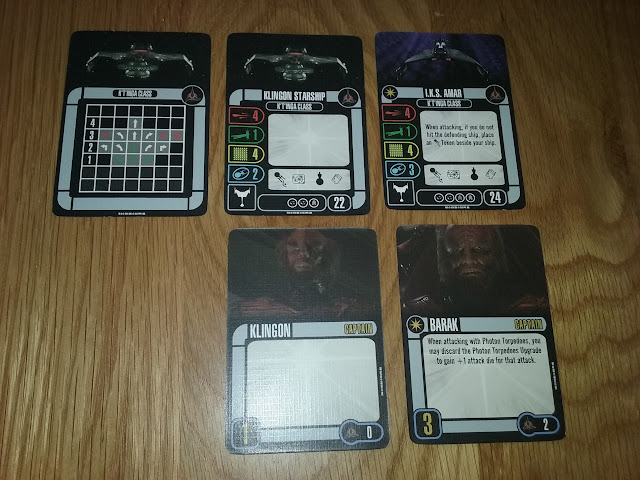 The ship is fairly nimble for her size, with a 3 speed come about to turn around.  As always you get the generic ship and a generic captain as well.  The named Amar has good firepower, low evade, good hull and average shields.  For her actions she can evade, target lock, cloak and sensor echo.  Her named ability is, whilst attacking if you do not hit the target you get an evade token.  Handy to survive return fire, and its nice its a passive ability.  Our captain for the pack is Barak, at skill 3 he is not the best, but for 2 points he is a nice option for your Klingon fleet for low cost.  His ability is whilst attacking with Photon Torpedoes you may discard them to gain an extra attack dice for that attack.  Useful in a pinch, but im not sure I would often want to scrap my expensive upgrades for one dice when you can fire 4 normally anyway. 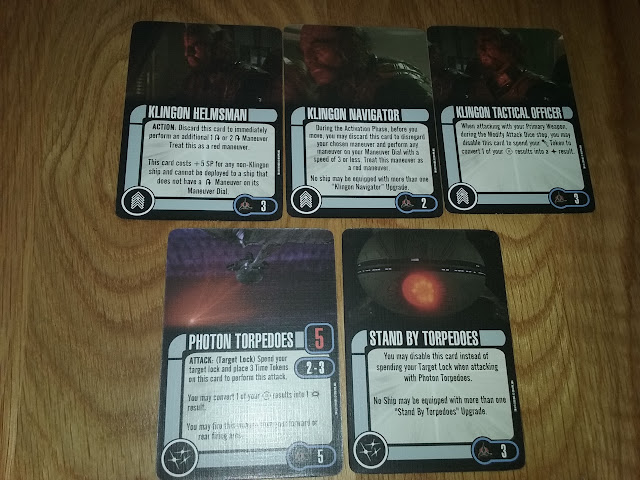 Its really nice to see some generic crewman for the Klingons.  Klingon helmsman for an action and discard lets you perform an additional 1 or 2 speed comeabout move, very useful if your enemy does not end up where you thought he would.  Klingon Navigator can be discarded before you move to change your manoeuvre to anything on the dial with a speed of 3 or less, which for this ship is plenty, though the move will cause you to take an auxiliary power token.  Klingon Tactical officer lets you disable him whilst attacking to spend your evade token to turn a battlestations result into a hit.  Very useful for a ship that has no way to get the battlestations action naturally.  For weapons we have Photon Torpedoes, range 2-3 for 5 attack dice, and Stand by Torpedoes, which can be disabled when you attack with your normal torpedoes instead of spending your target lock, which is great as you can then yuse the target lock to inflict maximum damage, or keep it there for next turn. 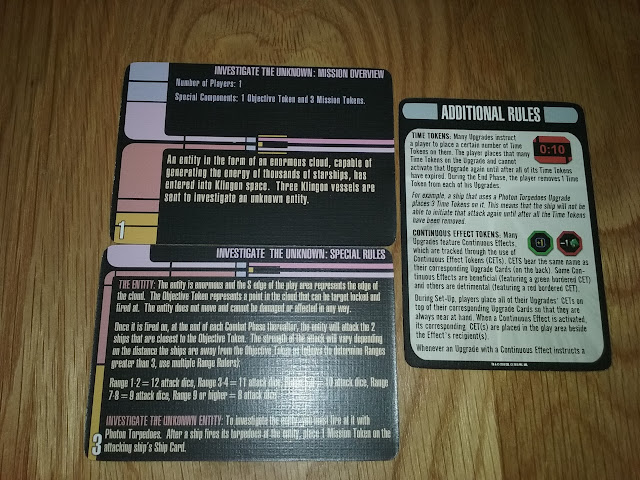 The mission that comes with the pack is Investigate the Unknown,  This comes from Star Trek the Movie, and is a single player mission.  I am very happy to see more solo missions as I love to play them and challenge myself.  This one has different levels of success to make replay well worthwhile, and I can tell you it is tough, but we had great fun playing it, as just because it is solo does not mean you HAVE to play it alone, you can work together. 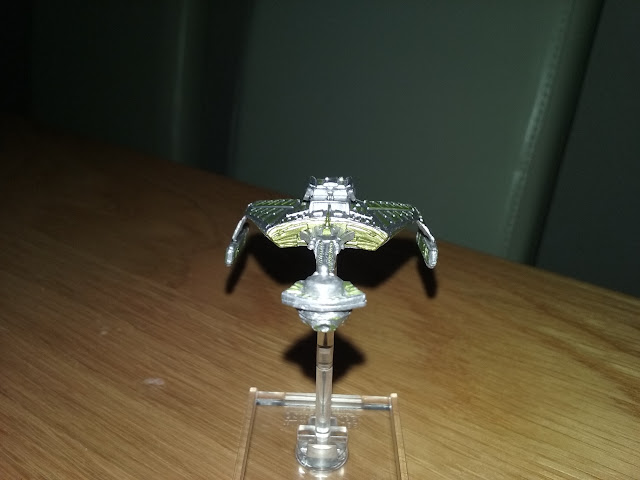 The ship herself is nice and has plenty of detail on it. 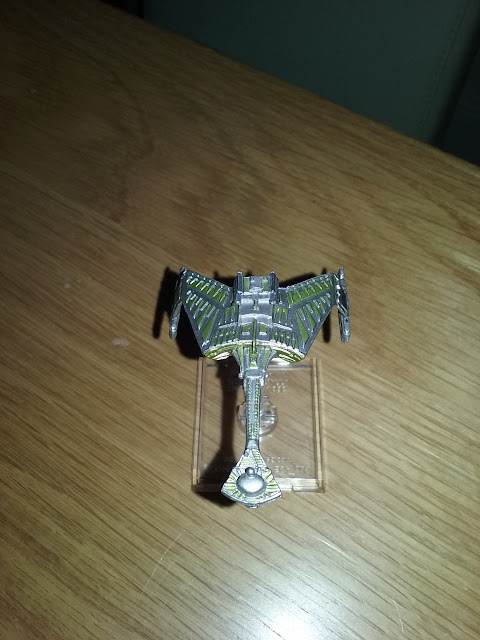 I like the two tone colour scheme as well. 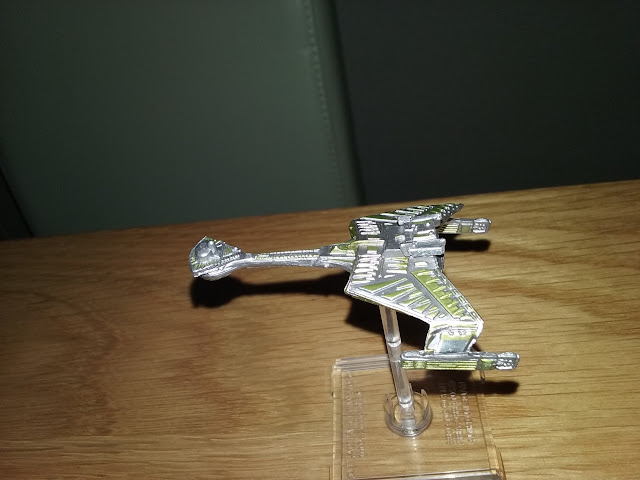 It has the classic Klingon lines. 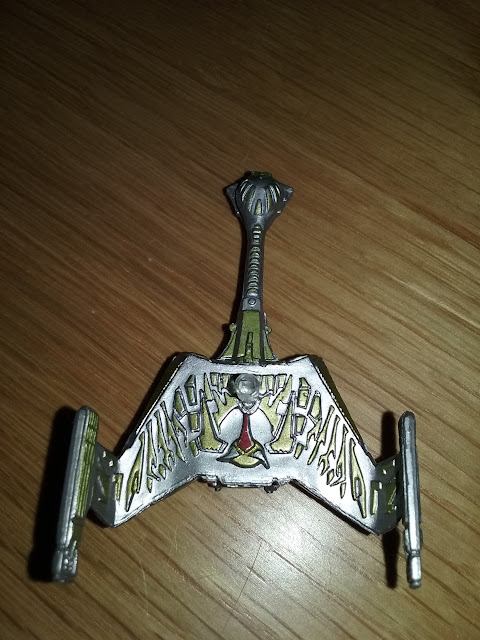 An excellent pack with a great solo mission, this will really bolster your forces of the empire.

You can pick one up by finding your local game store here with an RRP of £12.99 it will add a great ship and solid cards to your fleet to bring glory to the Empire and yourself.  Time for some Blood Wine!

Come and join us in all sorts of gaming chat in our Facebook group here, and come follow us on Twitter @rollyoursix join the chat, and tell us about your games!
Labels: Attack Wing Star Trek