The Predator-class was a class of warship utilized by the Kazon Collective during the 2370s. They were originally designed by the Trabe and later commandeered by the Kazon and used as a massive warship. This class of vessel was much clumsier in battle at lower speeds than at warp speed and could be easily out maneuvered by an agile craft. 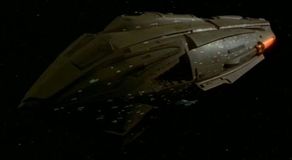 A much needed second ship to add to the Kazon forces.  But is it any good? lets see.... 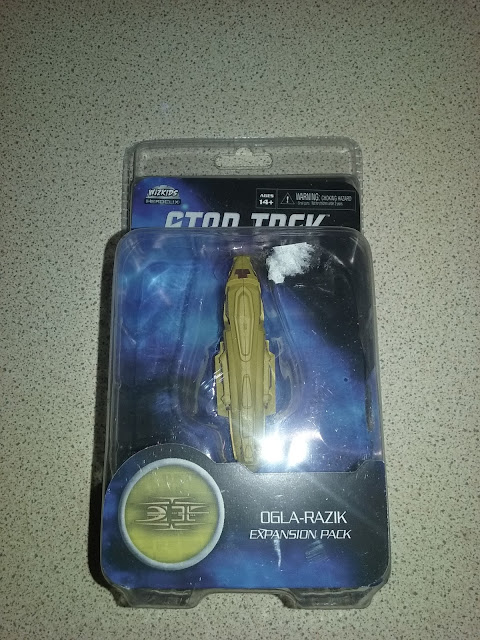 A nice bix again, with the great looking Kazon faction Logo full of a wedge of card tokens. 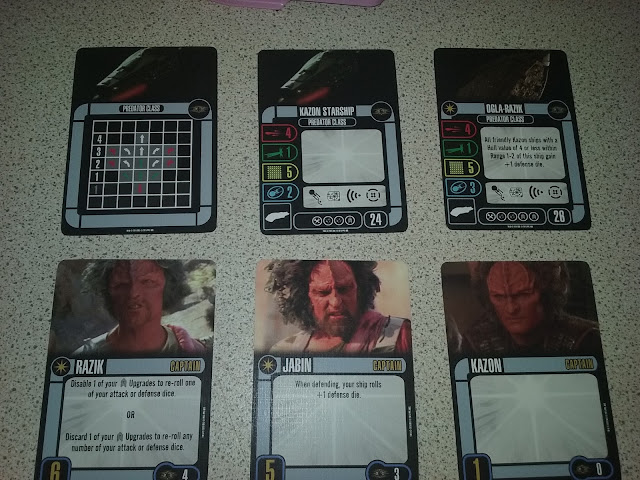 As you can see she is not the most mobile of ships, lots of red on this dial including a reverse.  The named Ogla-Razik version gives out a bonus to all friendly ships hull4 or less in range 1-2 allowing them to gain an extra defence die.    For captains we have of course the generic one, we have Razik, who is a skill 6, and lets you disable a crewman to reroll one of your attack or defence die, or discard a crewman to reroll any number of them.  Jabin is skill 5 he adds an extra defence die when defending. 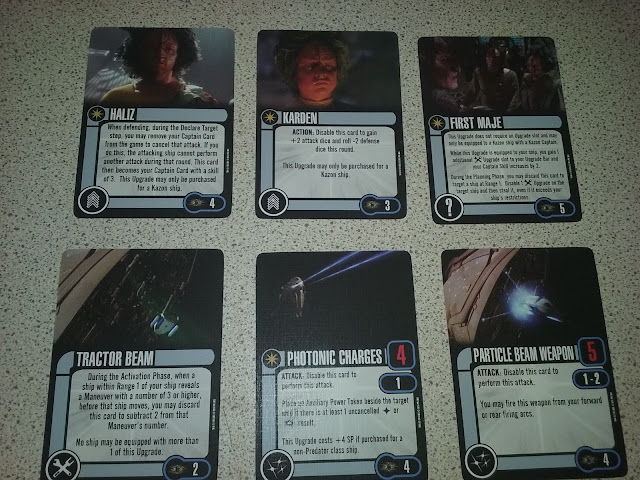 For crew we have Haliz.  He lets you remove your captain on defence to cancel the attack, and he replaces them with a skill of 3. Handy if you know you are about to get crushed.  Karden as an action gives you an extra 2 attack dice at the cost of 2 defence dice.  When the ships is only rolling one anyway its not a bad trade, and very good if you are out of arc.  With the 180 front arc the ship has its possible to avoid return fire.  Tractor beam is the only tech in the pack.  You can discard it to slow an enemy ship down.  For weapons we have photonic charges, 4 attack but range one only and can give an auxiliary power token.  The other weapon is the Particle Beam weapon, its a 5 attack weapon range 1-2. 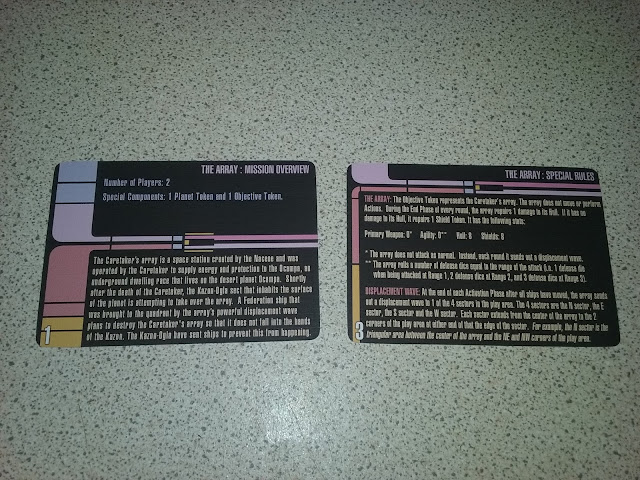 The mission is the Array, from the voyager opener, it looks a good fun mission to try. 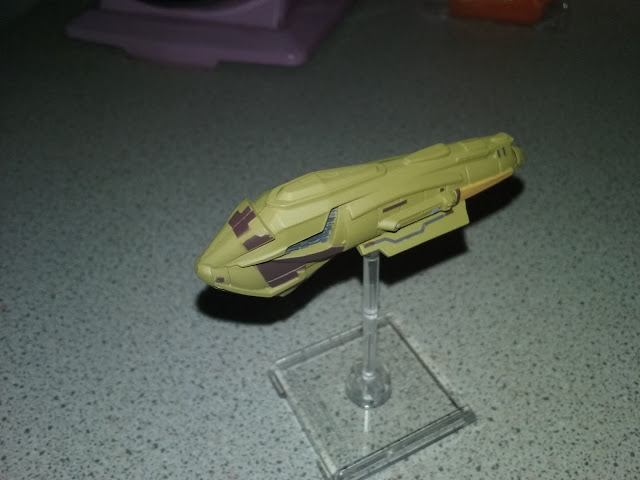 Here is the ship, its actually a nice model, detailed well. 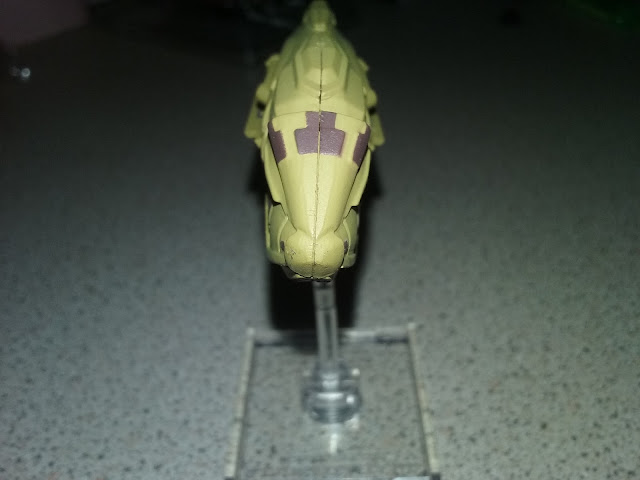 it is an interesting colour choice, I know, but a wash will tone it down and bring out all the details too. 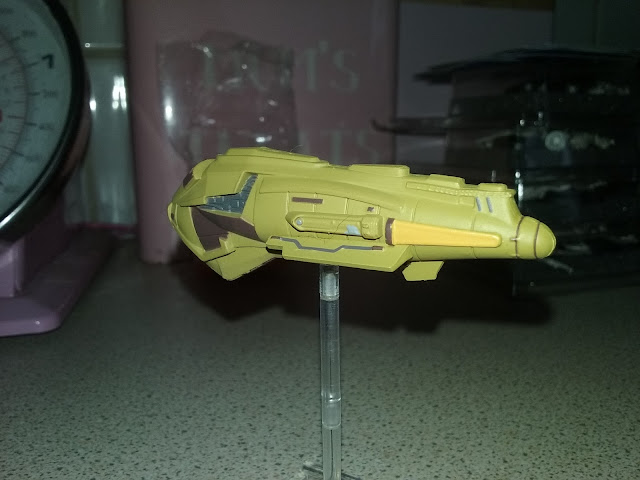 A well needed pack to add to the Kazon forces.