Today in Book corner we take a look at "Das Reich the military role of the 2nd SS Division by James Lucas"
As usual heres my copy, read cover to cover multiple times, as all Book Corner entrants are 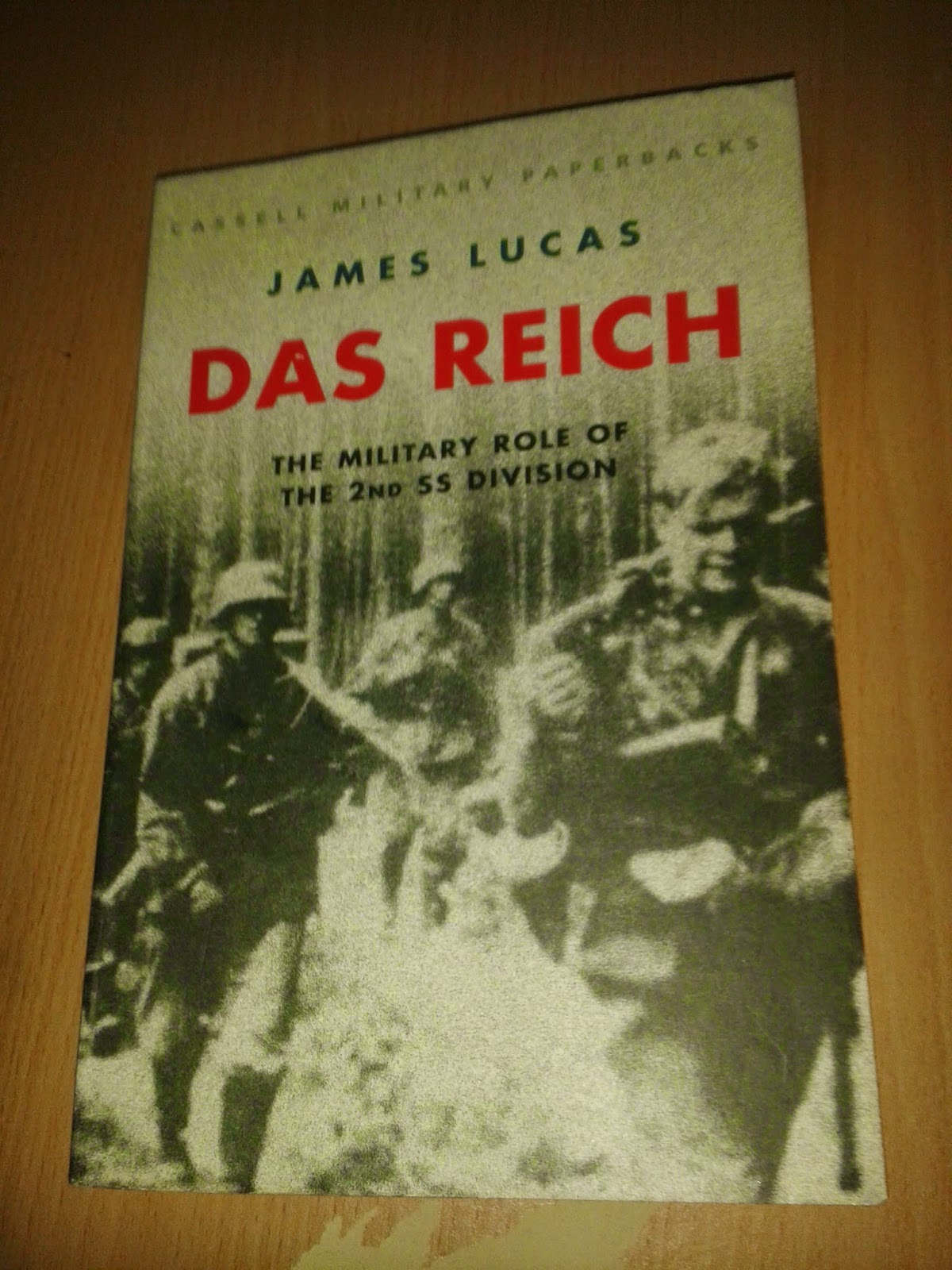 The 2nd SS Division was an elite, highly trained fighting force that saw action in some of World War II's bloodiest battles. Especially in the Eastern front, these often included close-quarter, hand-to-hand combat. Starting with the organization and recruitment of the division and following it throughout the war, the story of this evil but powerful force unfolds through reminiscences by many of the unit's men, along with photographs and other memorabilia.

It is full of anecdotes, but does seem to have omitted a lot of information, but then it is not a thick book.  It is more of a light read, not really much on training methods that made the SS different, nor some of the more controversial experiences of this unit.  The photographs are nice, and it is a good addition to the collection, but I would not call it a definitive work.  A worthy addition to the shelves none the less, and some more information if you looking to build a themed army of toy soldiers.