As always, for the build its under 50 points, and using only cards that come in the set.  This is a great set for adding more crew and fun options to your dominion fleet with a very useful captain and some powerful crew. 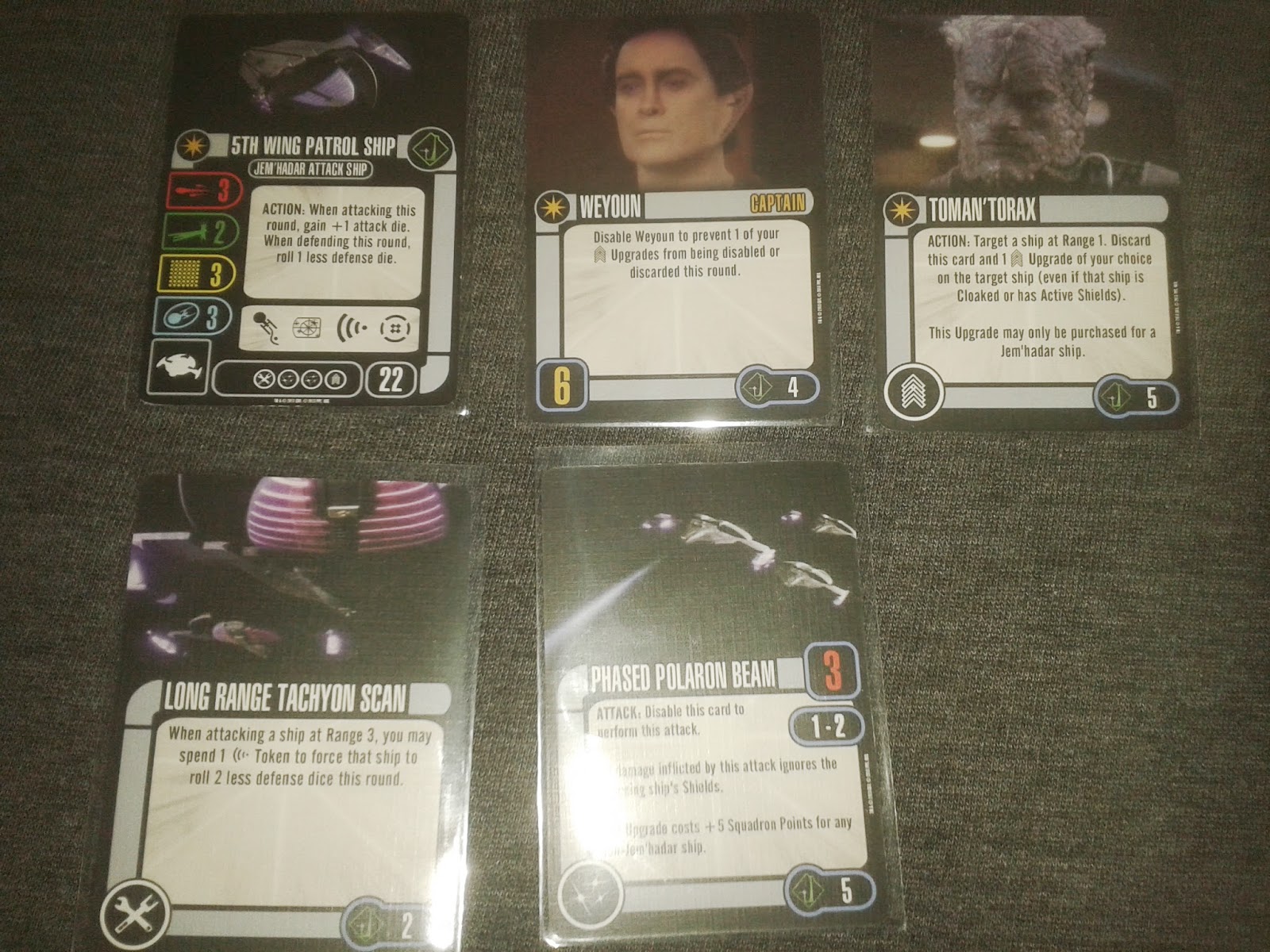 For our first build as always we take the named ship.  Its ability to add an extra attack dice at the expense of a defence dice can be useful in the right moment when you are out of fire arc of your enemy.

For Captains I took Weyoun.  Skill 6 so he is solid, though no elite talent, but he makes up for that in his ability.  You can disable him to avoid discarding one of your crew upgrades, it is not an action, though you will need an action to re-enable him.  He works very well with Toman`Torax, who has a powerful ability you can discard him and a crew upgrade of your choice from an enemy ship regardless of cloaked or shielded!.  Powerful on its own, but combined with weyoun keeping him there he becomes very very scary indeed!

The pack only comes with one weapon upgrade, the Phased Polaron Beam.  only range 1-2 and 3 attack dice, but it does cut right through enemy shields so can be very useful, and does not use a target lock.

For our tech I have taken the long range Tachyon scan, you can spend a scan token to force your enemy to roll 2 less dice.  useful for getting through the enemies defences.

Its a good multipurpose build, with Weyoun and Toman Torax it is a powerful ship to assassinate enemy crew, and is manoeuvrable enough to concentrate on doing that and still throw out some attack dice to harass. 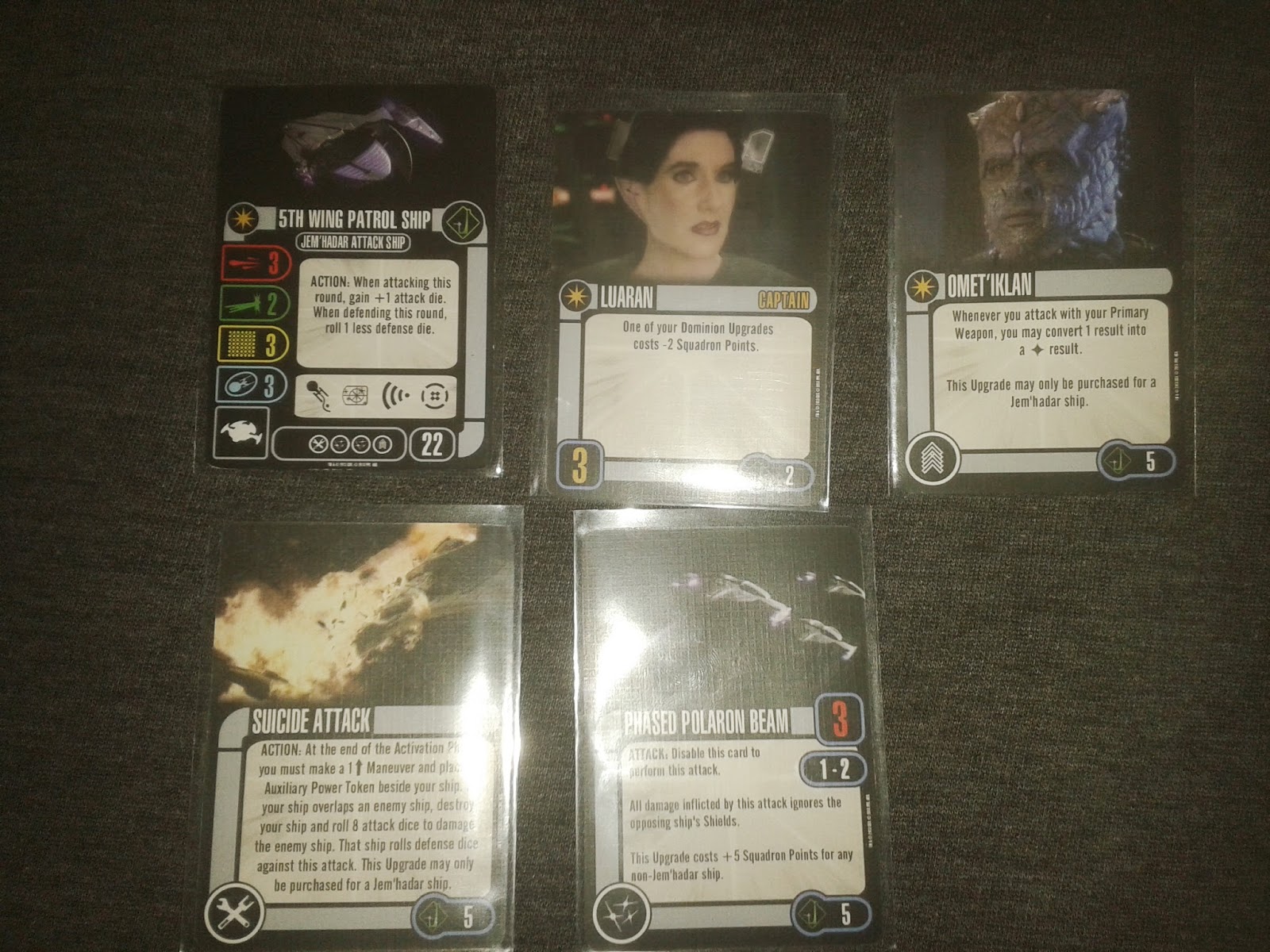 We swap out Weyoun for Luaran, at captain skill 3 she is not the highest, but with her ability of reducing a domino upgrades cost by 2 she is basically free, so handy!  For crew we have Omet`Iklan, who lets you convert one dice into an auto hit, very useful indeed! it only works on the primary weapon, but it still solid.  I kept the Polaron Beam, as it is a useful piece of kit to slam the enemy with and surprise them. 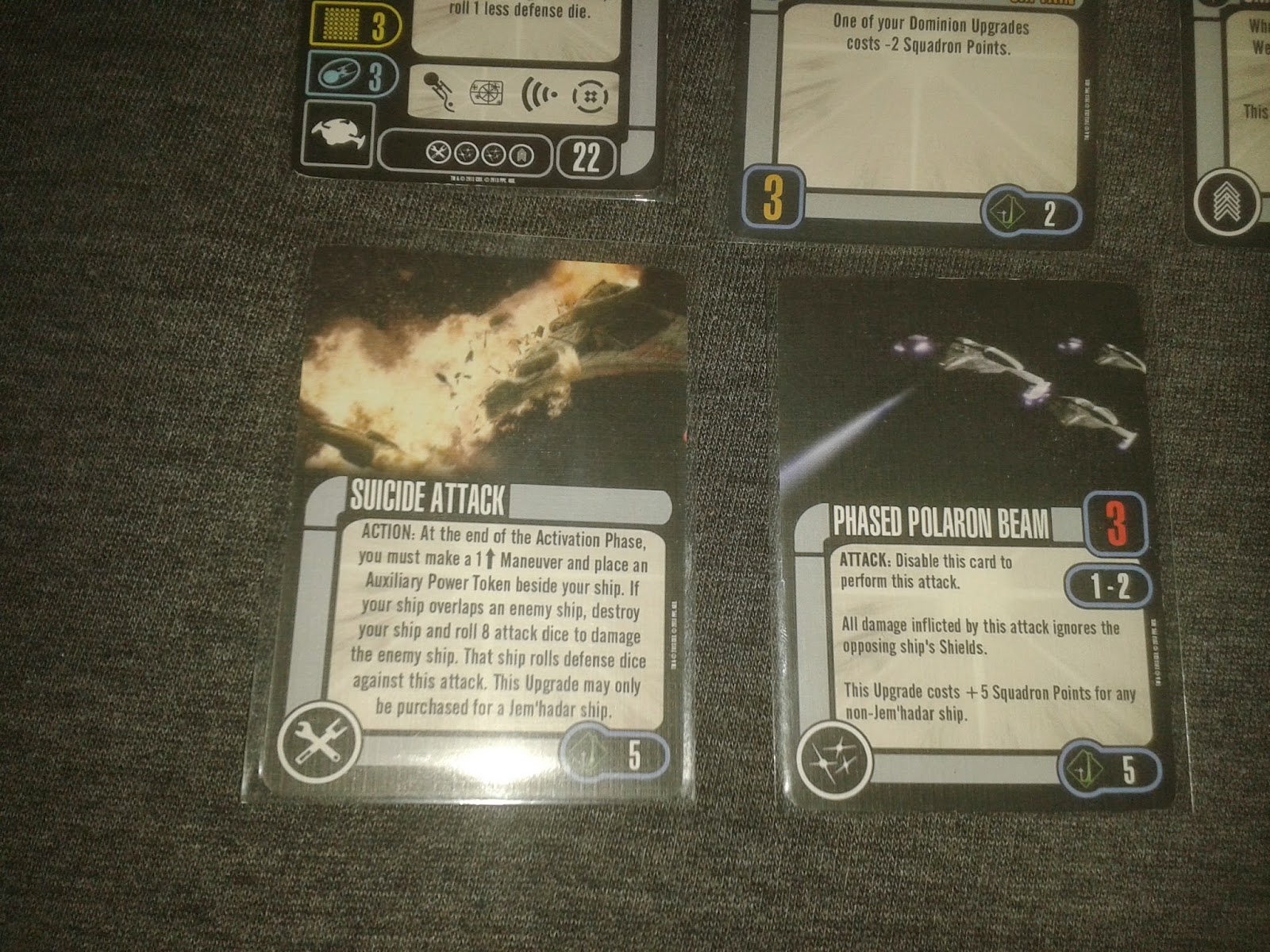 For tech I brought in suicide attack....  It can be a deadly action if pulled off correctly.  You must go 1 forward and get an auxiliary power token.  If you do not hit an enemy ship, no issues, if you do... you detonate your own ship and roll 8! yes 8! attack dice its brutal! and if your ships battered and beaten, use this to go out in a glorious blaze!

These are such good fun little ships, im so glad I have pair to run and try!
Labels: Attack Wing dominion ship build Star Trek