Time to look at at an expansion for the Marvel VS 2PCG system.  I really enjoyed the core Vs game, so its really exciting to see what this will add to the game.  The expansion pack is called The Defenders.

If you don't know how to play VS system, then head over here  to get an idea how it works so you can see all the good stuff that is now being added. 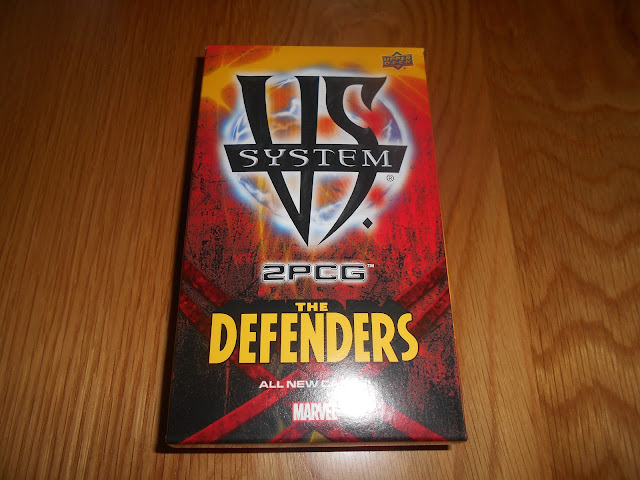 In this set you will get 200 new cards to add to your collection, and some new game mechanics. 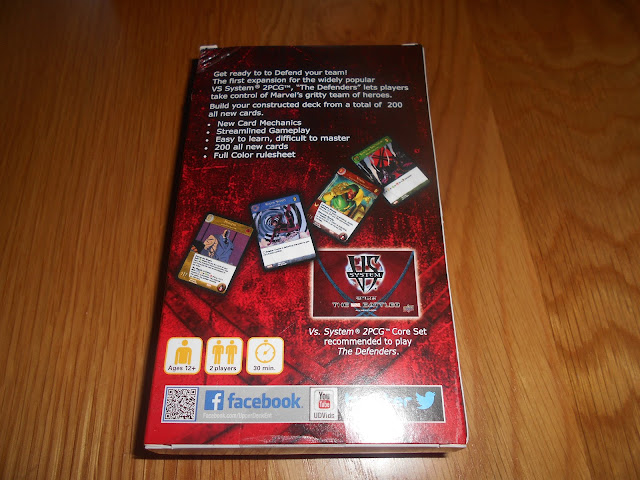 The new Marvel VS expansion introduces The Defenders and The Underworld teams! The characters in VS System 2PCG: The Defenders can have different versions on each team. For example: Daredevil and Dr. Strange can be Defenders as well as Avengers. 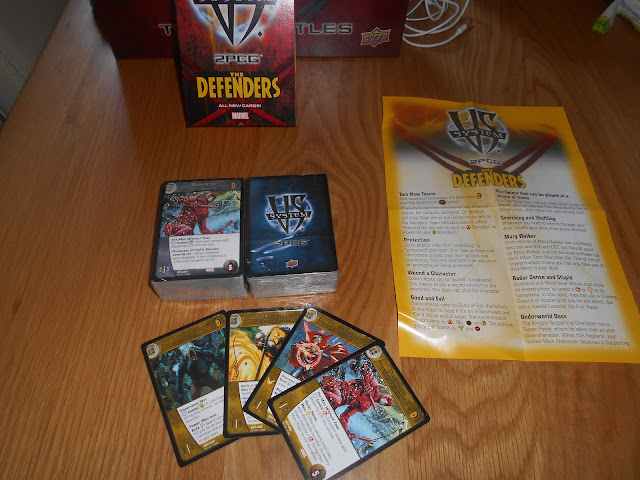 A pack of four foil main characters!!! as well as the 200 sealed regular cards, very happy with that. 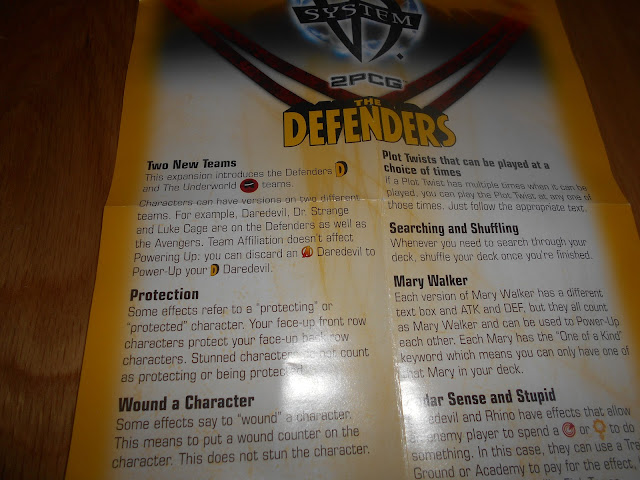 You get a rulesheet introducing the new rules for the set, and giving you a run down of the new cards and mechanics they will add to your game. 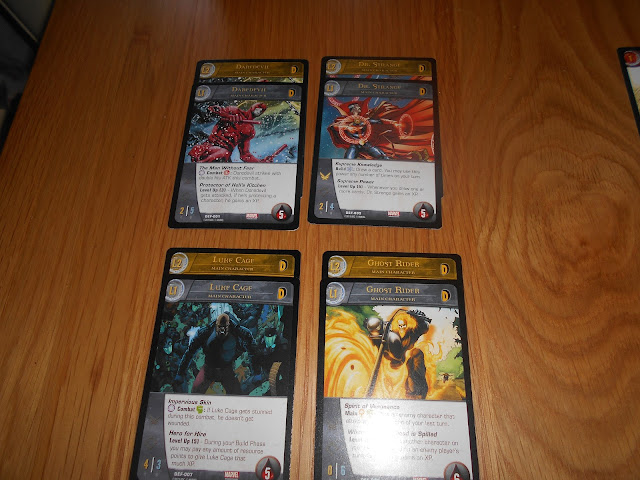 We get some new heroes, Ghost Rider being a rather awesome addition. 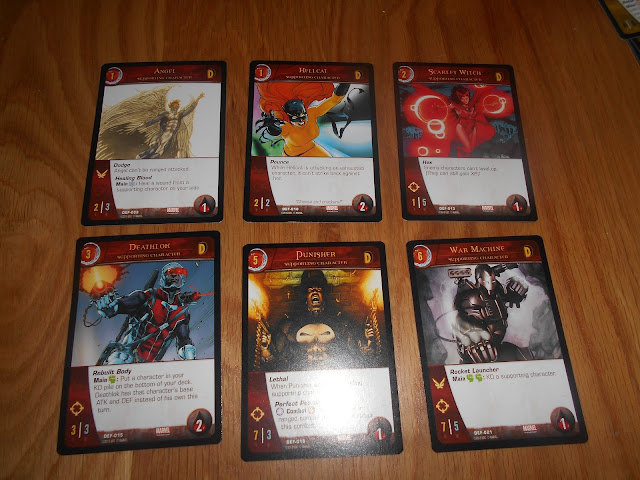 plenty more variety in supporting characters with the likes of War Machine which is just fantastic art, to Hellcat and Scarlet Witch.  I really hope we can get Punisher as a main character at some point. 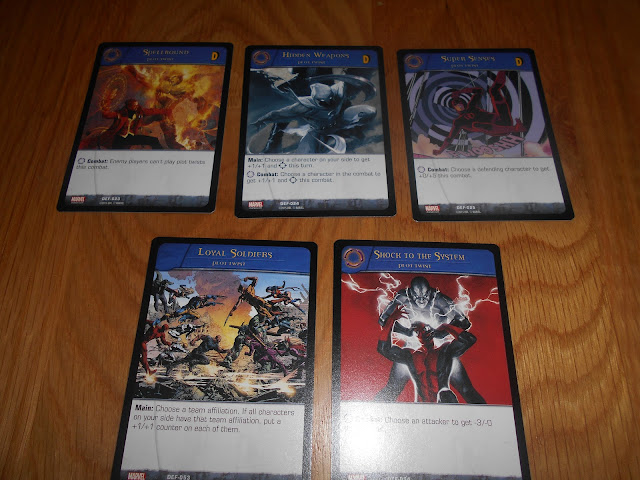 New plot twists are sure to provide even more variety to your deck building, as combined with the core set you have 600 cards to pull from, to create a 60 card deck, giving you so much room for experimentation. 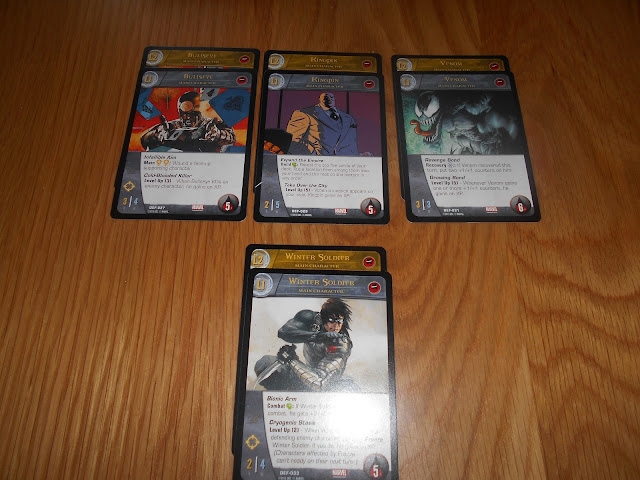 We get some underworld main characters, like the classics Kingpin, and Venom. 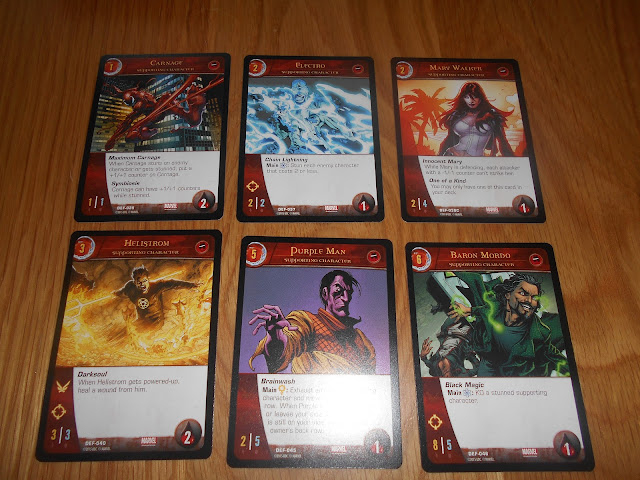 and some suitably underworld themed supporting characters with carnage and Mary Walker being among my favourites.

I love the variety this adds to an already huge pool of choices, new main characters provide even more options to try different deck builds against your foes, and again the artwork..... its just stunning!  The cards are the same high quality as the core set, and the box again has foam inserts for storing your cards sleeved or unsleeved.  If you are just looking at getting into VS you can download the rules from Upper Deck here, pick up this set and get started that way, if you do not want to invest int he core set first, though you will want to i am sure of it!


To add Defenders to your collection go find your Local Store and grab a copy, as with an RRP of £26.99 it adds plenty of good value to your game.