The Dobble games have provided plenty of fun in our house, and are certainly a favourite of Olivia and get to the table very often with their simple fast playing mechanics, they never overstay their welcome either, so are perfect for a "Quick game before bed, or before we go out"
Take a look at our thoughts on Dobble  and   Dobble Chrono also from Asmodee, this should give you the basics on this version, as it plays the same. 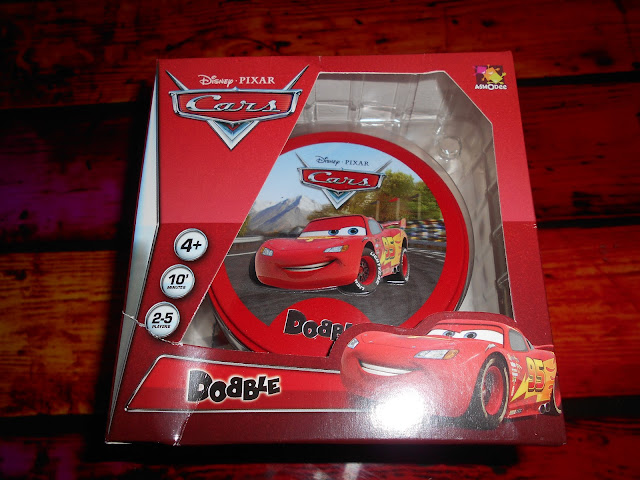 Today we look at the Disney Cars version, its suitable for ages 4 and up, and plays fast with 2-5 players, though of course you can always combine the clock from Dobble Chrono to play solo timed challenges too.  The major challenge for us being we have never seen the film cars (that was rectified after this) 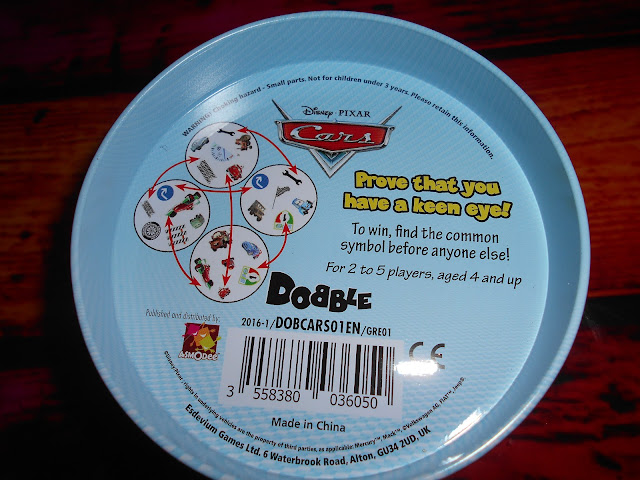 Like the other Dobbles, its kept in a nice tin, but there are less cards in it then regular Dobble, so it helps keep the play time very low.

Also tells you pretty much how to play the game on the back of the tin. 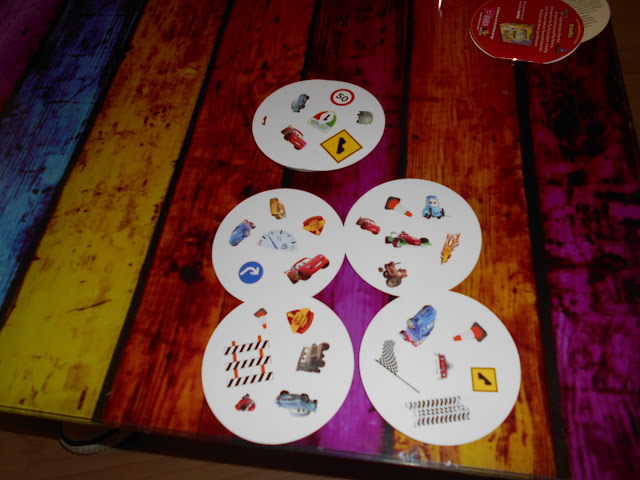 You get your stack of cards, all with characters or items from the Cars film series, this caused us a problem as we hadn't seen the film, but did actually lead to a lot of fun as we where frantically calling out things like little blue bubble car, or Olivia's Classic yellow sign with a bra! yeah.. i did stop to explain that one. 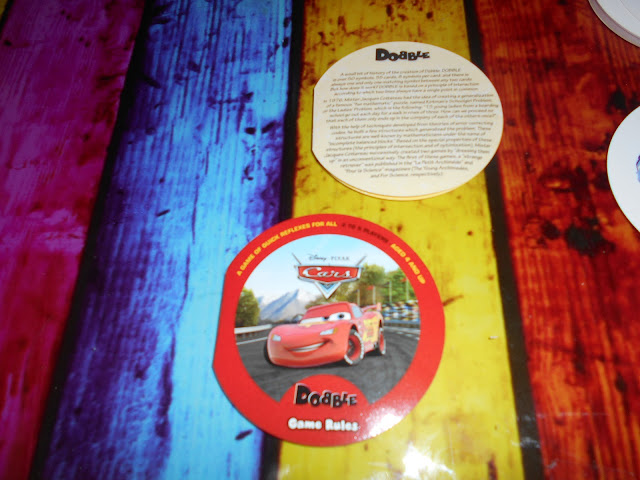 You get the same format dobble rulebook you are familiar with, that is nice and simple to go through.  At its core Dobble is a symbol matching game, every single card will have one symbol that matches one other card on it, so there can never be a time you have a card that does not have one thing that matches, its very clever in fact that way. 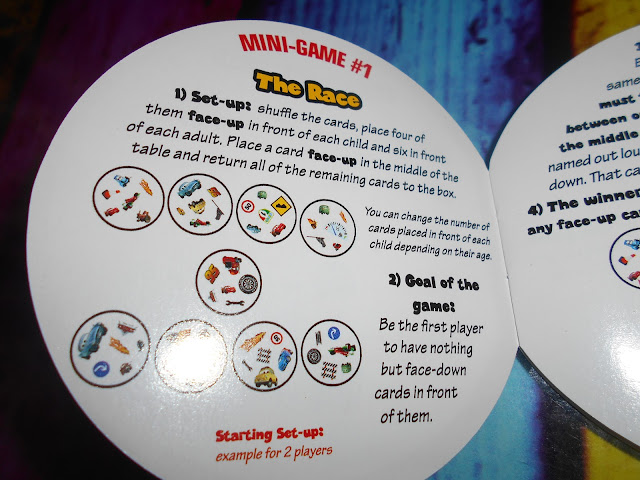 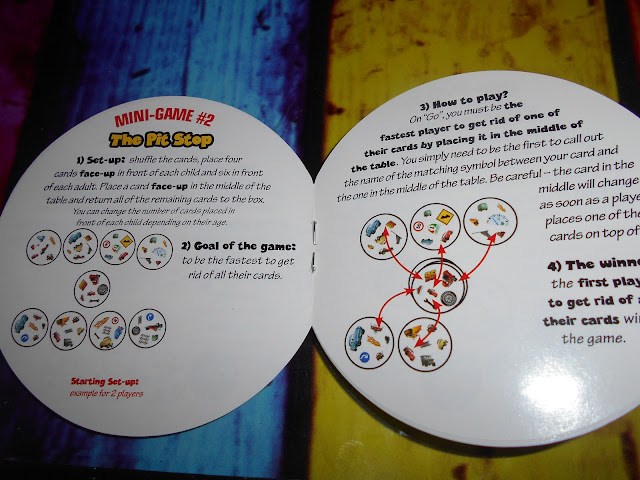 All of the mini games are designed to be easy to teach, easy to setup, fast to play, but most importantly fun. 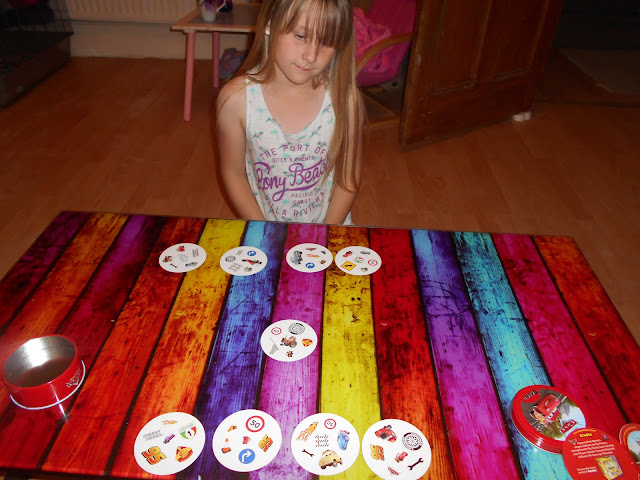 Getting in some of the mini games can be fast and frantic, and also quick to set up and take down. 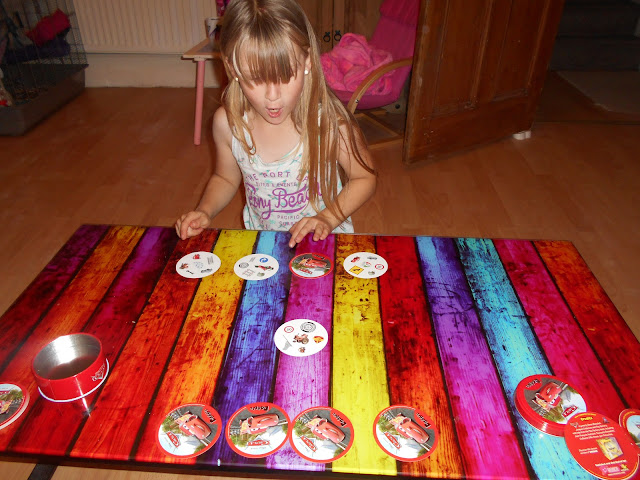 A nice Victory to me, not often that happens, but plenty of time to try again. 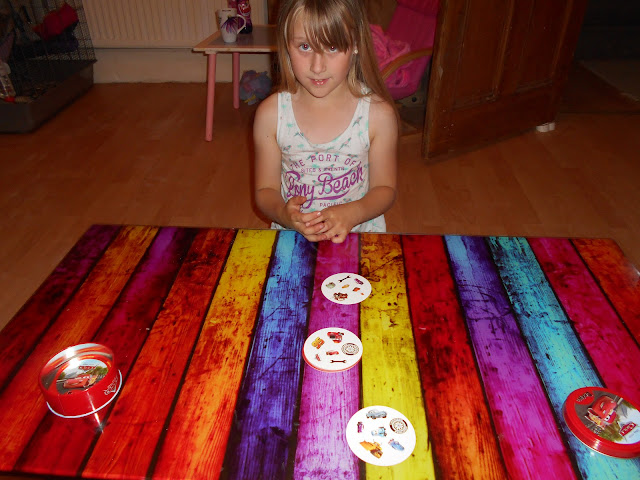 Olivia got her revenge though.

so whats it like compared to the other Dobble games? Well it plays the same, the only real difference is the branding, and less cards, its aimed at a younger market so the mini games are slightly more simple, though if you are a Dobble fan, you will still enjoy it.  Should you get this if its your first Dobble? unless you have young children who love Cars, I would go fro Dobble Chrono, as that doubles as family fun, and great adult party game.  If however, they are Cars fans, grab it you will have plenty of fun, and of course its the perfect learning device for full Dobble later!

Pop down to your Local Game Store and pick one up with an RRP of £12.99, its perfect for the young Cars fan in the family.