Marvel Vs 2PCG from Upper Deck unboxing and reveiw.

Time to take a look at another card came, and this time its a Marvel one unlike the Game of Thrones I have been playing lately, but it will still have its share of villains! Its a deck building game where I can pull from characters from Avengers, X-Men, Guardians of the Galaxy or Marvels most notorious Super villains, super villains are always fun.  As i am not an expert on superhereos, and still going through my journey to leanr about them, i was pleased to see it has some of my very favourites in it, Deadpool, Rocket Racoon, Captain Amercia, Iron Man, just to mention a few.  Magneto, Loki, Green Goblin,  and more with 400 cards in this box, all with stunning artwork there is plenty to look at, and keep you busy reading and deck building.

What is the Vs. System? f cards so you’ll have everything you need to play The Vs. System is a card game where 2-4 players each build a deck of Characters, Plot Twists, and Locations, and try to knock out their opponents. Each Vs. System set comes with a full playset othe full game right out of the box. If you never played the original Vs. System, don’t worry: You’ll pick it up fast.
Gameplay Overview

Each player starts with a Main Character such as Iron Man, Star-Lord, or Thanos. During the game you’ll play resources and recruit Supporting Characters. You’ll organize your formation between your Front and Back Rows, and you’ll make solo and team attacks against your foes in order to stun and KO them. You’ll play Plot Twists to enhance your team or hurt your opponent’s. You’ll use your Locations to activate your team’s Super Powers. Your Main Character will earn Experience Points and Level Up to dominate the battlefield. Finally, you’ll KO your opponent’s Main Character (or they’ll KO yours).
Card Types Lets take a look in the box at the cards, and what you get, and see how it plays.....
The box is great, a big big compliment on this, it comes with the foam dividers already provided, and blank cards for organising your collection, a really nice touch other companies could learn from, as my A Game of Thrones LCG has outgrown its original box. 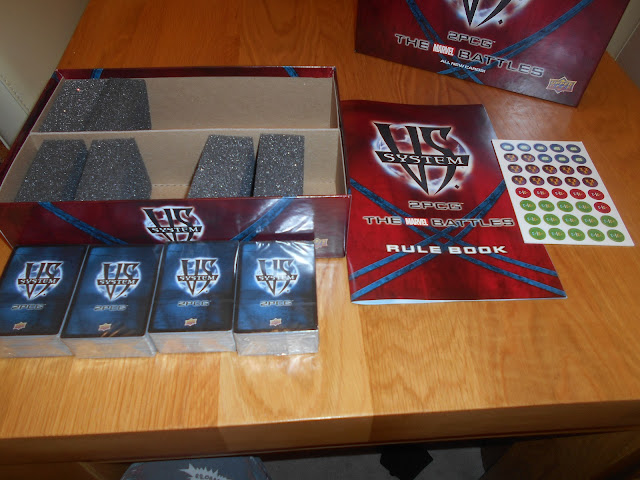 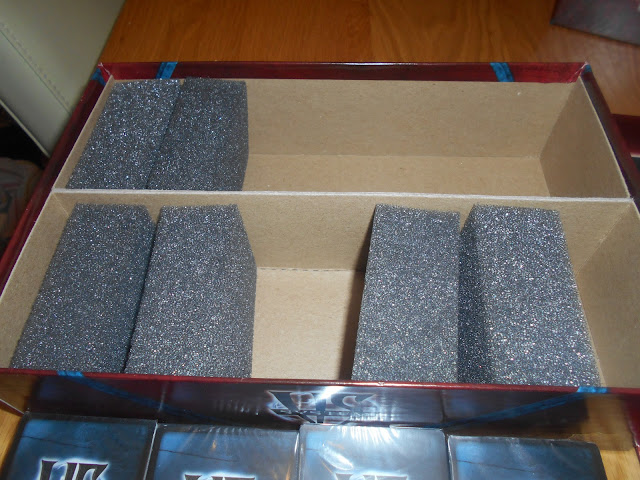 The rulebook is full colour, has some good learn to play diagrams in it, and a handy list of keywords as well.  In another nice touch it ranks the main character that you select by level of difficulty, as in who is best as a beginner to get used to the game. 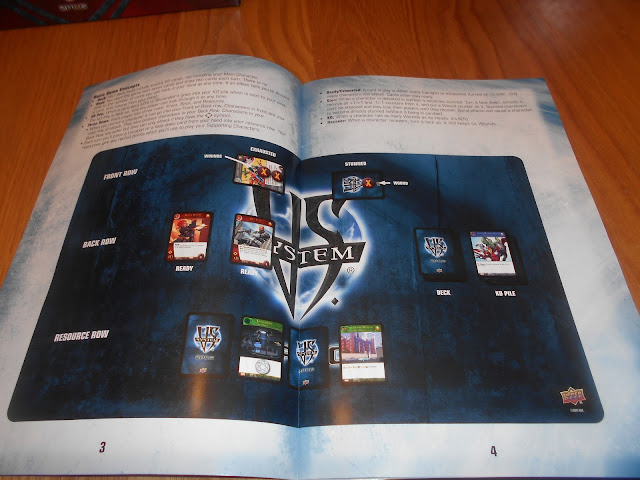 The art on the cards is fantastic, i love the variety of cards, and the styles of artwork, they are also very nice quality, with a good feel to them, though of course i will sleeve them, and yes the main box allows for space for sleeved cards, another well done Upper Deck.
Basic Game Concepts In this box you get a lot..... so lets just have a look at some examples of cards..... see if you spot your favourite! 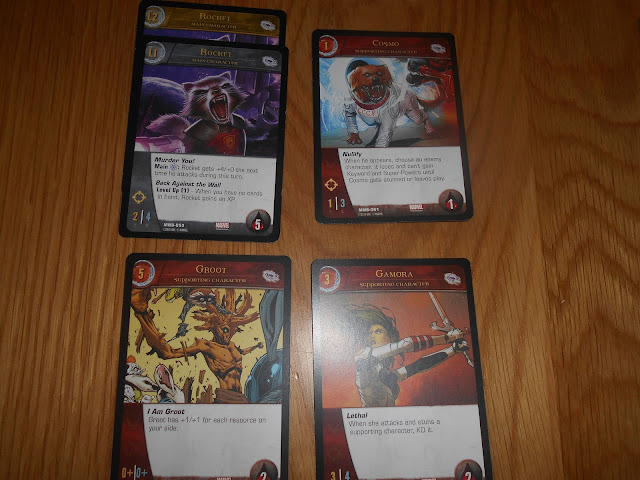 Rocket!!! my favourite, and some of the Guardians gang. 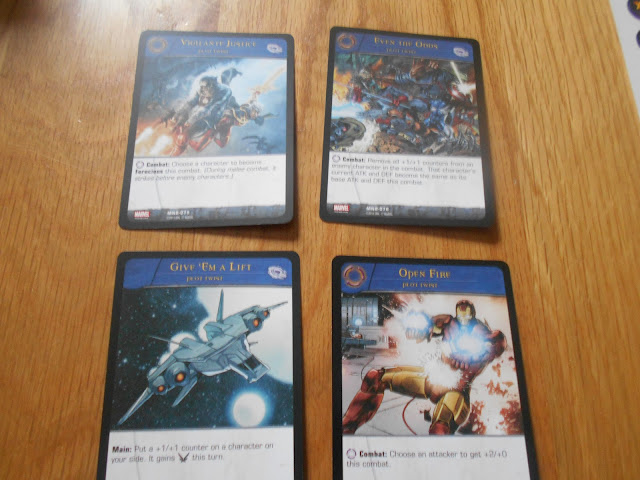 Here are some of the plot twists, all with great art. 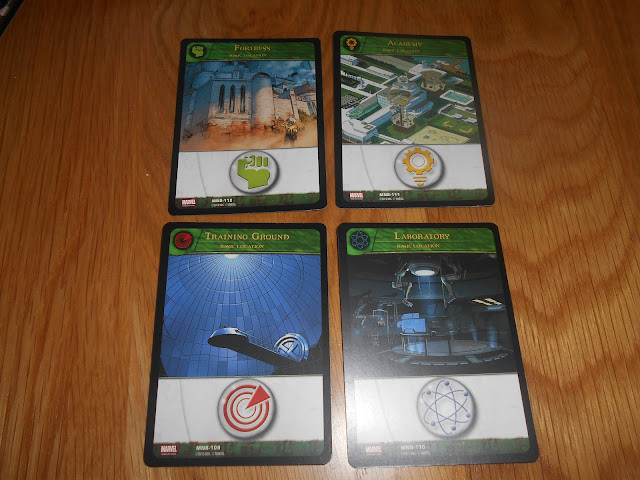 Even the resources have great art. 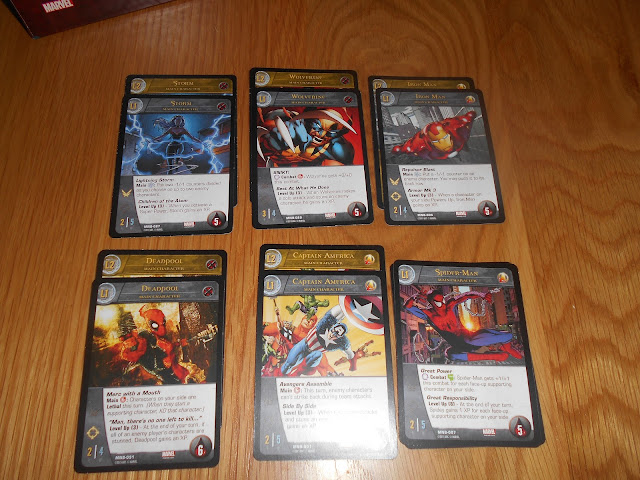 Other main characters, Deadpool!!! cap, Spider man, Storm, and a whole load more for you to find out about as well.

Its great, you pick your main character, build your deck and go inyo battle, drawing cards and playing down resources, or characters to either the front rank or rear rank, then declaring who will attack.

It plays fast and furious, and once you have mastered the basics it will not take long at all to get into it and start developing deeper tactics.

The sheer amount you get in this box is excellent value, and at first you may think the price is quite high for a cad game, but consider it... you are getting 400 cards....... so you are starting the game with a massive collection more then enough for 4 players to play different decks out the box against each other with plenty to spare.  It plays fast, and is fairly easy to learn, but the amount of options available in the deck building side will keep you occupied for hours, as just changing your main character can have a huge impact on your deck.  Its such a good system, you can theme your deck to guardians of the galaxy,  or Xmen perhaps, or just bring in characters and villains from across the marvel range to suit your needs, the options are huge.  Plot twist cards can change  things in an instant, and with the two lines battling away it really "feels" like you are trying to drive your way through your enemy's forces.

Yes it does have resources, so like other card games you can potentially get locked down right? well...not exactly, as in this game you can play pretty much any card face down as a generic resource, though of course you lose them to ad to your forces then, but its a really nice touch.

All of the main characters, also have supporting characters of themselves, which you can not use in the same deck as the main character, but it does mean if you have lots of favourites as Mains, you can always incorporate them, just in a different way.

Overall, a great fun game, that's easy to play and hard to master with huge depth, great art, and high production. i shall leave one of my favourite superheroes to give you my thoughts on the game..... 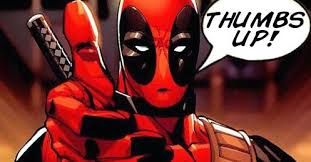 Head on down to your Local games store and pick yourself up a copy.  It has an RRP of £41.99, for 400 cards in a beautiful storage box, that is not bad! plus the fact of course that the game is excellent! grab it, find your favourite characters and get battaling.