A Bajoran lightship was a type of early Bajoran spacegoing vessel that utilized solar sail-powered space flight.
Lightships were used by the Bajorans as early as the 16th century, at a time prior to the fall of their First Republic. 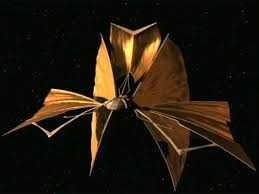 Bajorans first traveled from Bajor to Cardassia, and established ancient contact between the two worlds. For many years the Cardassians disputed this claim, referring to it as a "Bajoran fairy tale," because they refused to admit that the Bajorans had achieved interstellar flight before they had. However, Captain Benjamin Sisko and his son, Jake, inadvertently proved that the voyage was possible when they arrived in Cardassian space in a similar lightship. By a proclaimed remarkable coincidence, which Captain Sisko strongly doubted, the Cardassians announced that they found the remains of an ancient Bajoran lightship on Cardassia, thereby proving such an interstellar voyage was made.

These vessels continued to be used by the Bajorans as late as the 22nd century.
Although lightships were not capable of achieving warp speeds by design, a semi-controlled warp jump was possible if particles that were moving faster than light, for example tachyons, were to collide with the sails. However because the ship wasn't designed to endure the stress of warp speeds, it could be severely damaged as a result. It was thanks to such an uncontrolled warp jump that the ancient Bajorans were able to bypass the Denorios belt and reach the Cardassian system before they crashed on Cardassia Prime.

Lets take a look in the pack and see what you get with this very different ship...... 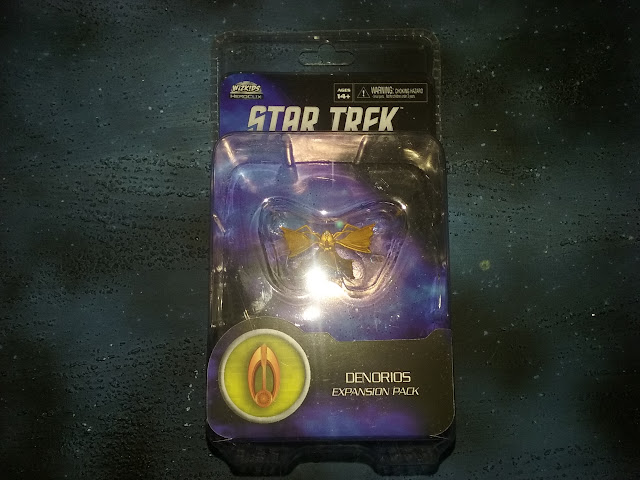 As always nicely packed for the Bajoran faction. You get all the nice thick card tokens you need for the ship, that just need popping out, and of course the stand and pegs for the dial. 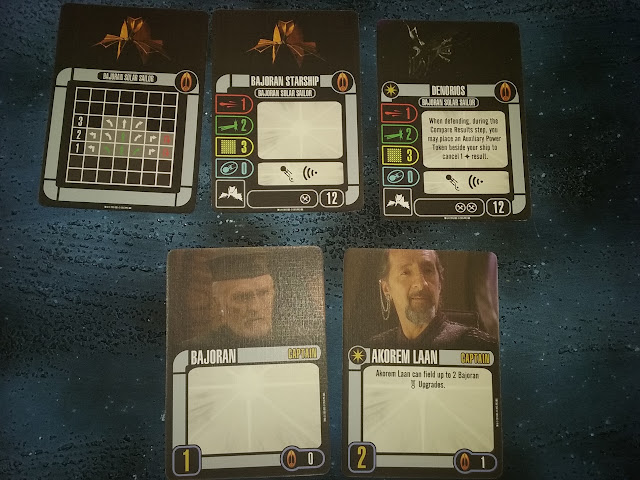 Its not a fast ship, with a max speed of 3, there are a lot of green moves on the dial, and you can do a 1 speed come about, though all come about are red.  Its nimble, but slow.

As with all ships you get a generic ship, and a generic captain.  The named ship Denorios is pretty poor across the board stat wise, 1 attack, 2 agility is average, 3 hull and no shields.  She's certainly very very fragile, and doesn't hit very hard either.  Her named ability allows you to place an auxiliary power token by the ship to cancel a hit result whilst defending.  Its a much needed boost to her defensive ability.  Akorem Laan is a 1 point 2 cost captain, his ability is he is allowed 2 Bajoran elite talent upgrades. 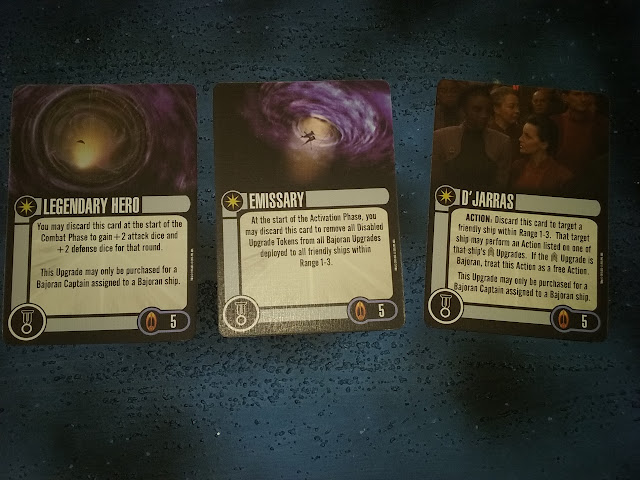 Three elite talents come in the pack.  Legendary Hero is a card that can be discarded at the start of the combat phase to add 2 attack and 2 defence dice to you ship, it does improve the ships punch and defence, both being much needed.  Emissary is a good support card, and can be discarded at the start of the activation stage to remove all disabled markers from all Bajoran upgrades on all ships in range 1-3.  D'Jarras is an action and discard to target a friendly ship in range 1-3, they may then perform the action on one of their crew.  If its a Bajoran crew, it counts as a free action. 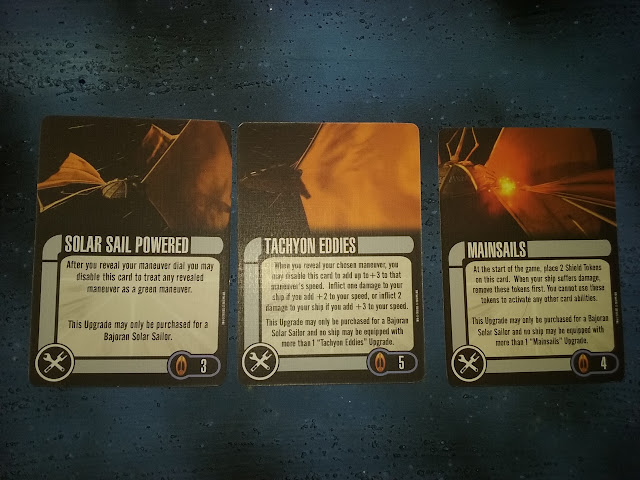 For tech upgrades we have Solar Sail powered, which can only be deployed on a Bajoran solar sailor.  This can be disabled after you reveal your manoeuvre dial to treat any revealed manoeuvre as a green one. Very useful when you are doing a come about.  Tachyon Eddies is used when you reveal your manoeuvre to add up to +3 to the speed of it.  If you add +2 though you suffer a damage, and if you do add + 3  you take 2 damage.  Its a very tough decision with this ship, as its so fragile, but you can add 1 to your speed with no problems.  Mainsails can only be purchased for a Bajoran Solar Sailor and adds 2 to your shield value, so this is in my opinion a must have for the ship. 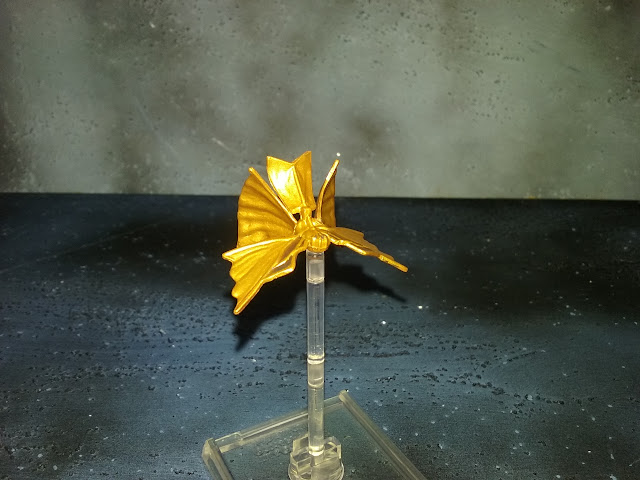 The ship model itself is very nice, with some clear plastic moulded into the sails. 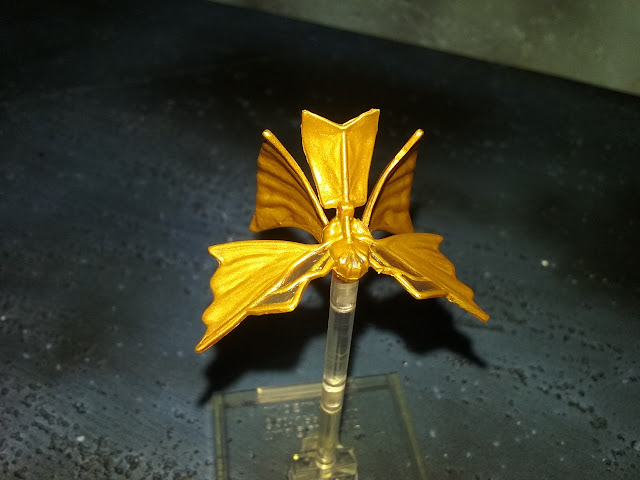 It could do with a tidy up or wash on the paintjob, but the model itself is pretty nice. 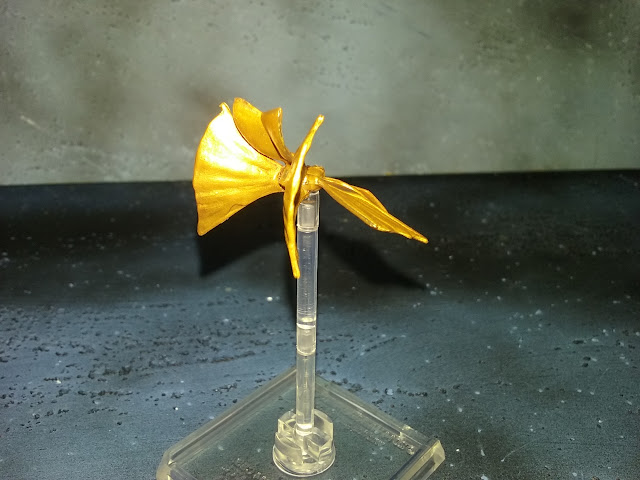 When you look at the stats and cards of this ship, some players may just write it off with its low stats.  If you do though you are missing out, firstly it adds some much needed cards to the Bajoran faction, and the ship is the cheapest in the game.  The cards that come in the pack can act as good support for other Bajoran ships. 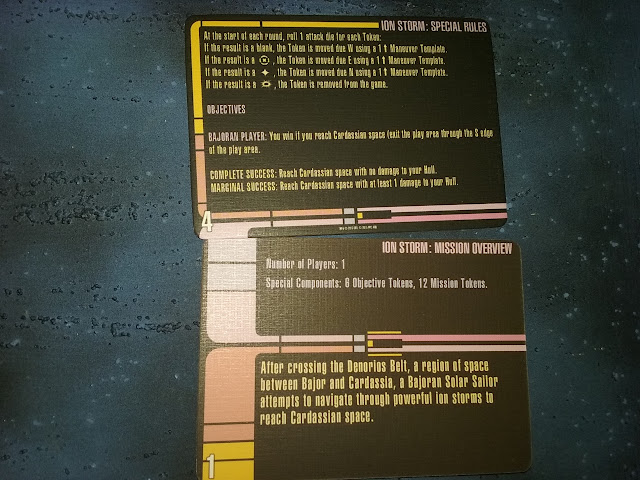 Then the mission.  Ion storm its a solo mission! and I love those.  All about navigating through a storm and trying to survive whilst charting a course.  The mission really makes this ship a must have, its great fun to try, and very thematic.  You can always try and beat in challenging your self in a number of turns.


You can pick one up by finding your local game store here with an RRP of £11.99.  It will add another solo mission to your collection to play to practice, and to just have fun with, and provide the fledgling Bajoran faction with some options.