The Valdore is a great looking ship, so I want to include it in my Romulan fleet.  It is also a powerful warship in its own right, so I thought I would see about getting the best of a build I could from it.  Again only using the cards that come with it, and staying under 50points.  So what can we do with the Valdore? 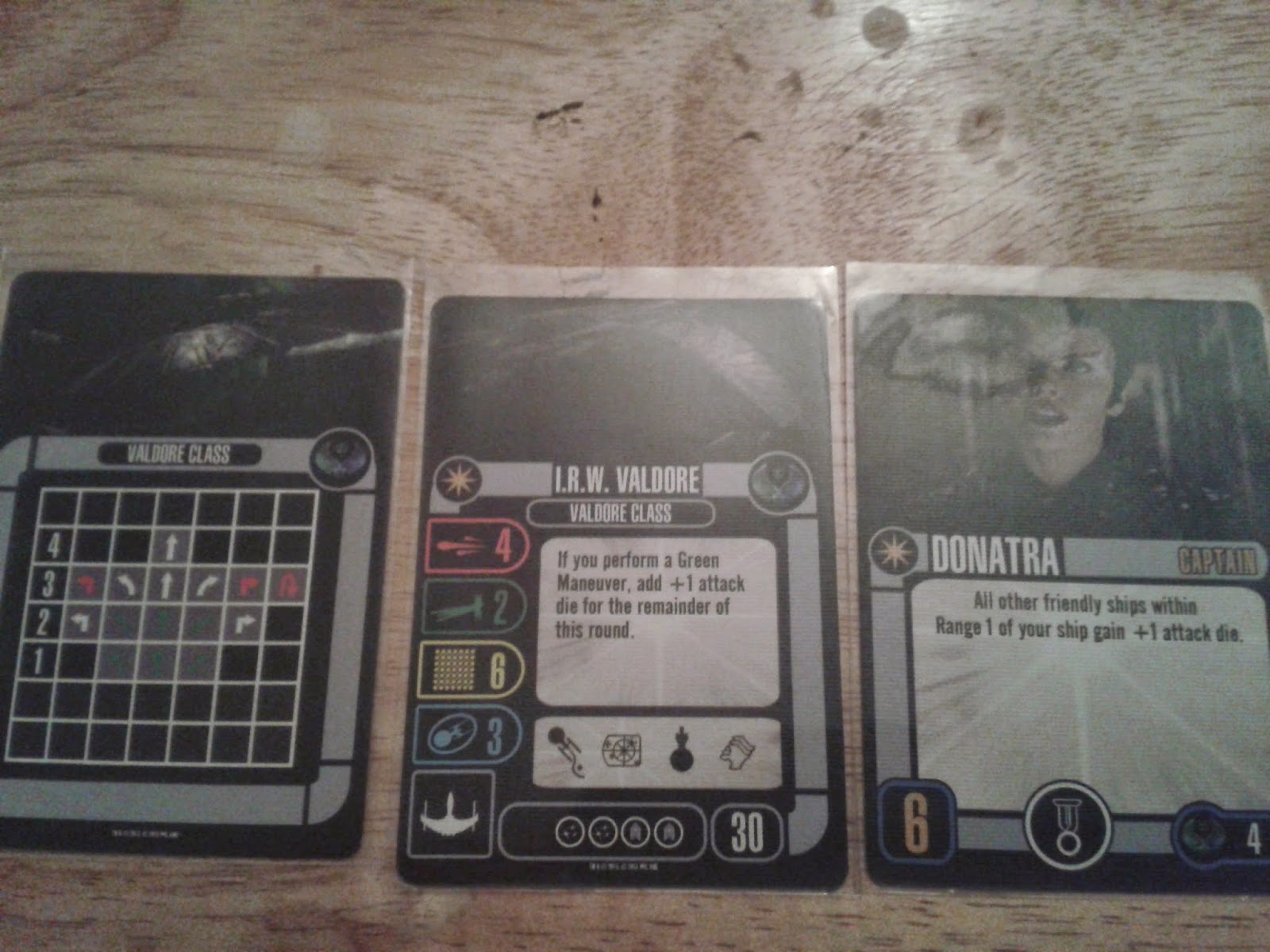 We start with the named version of course, allowing you to get an extra attack dice after a green manoeuvre can really pump some firepower into this ship.

We have Donatra as captain, at skill 6 she is not too bad and has an elite talent. Her inbuilt skill in more support then useful for the valdore itself.

Then we also have... 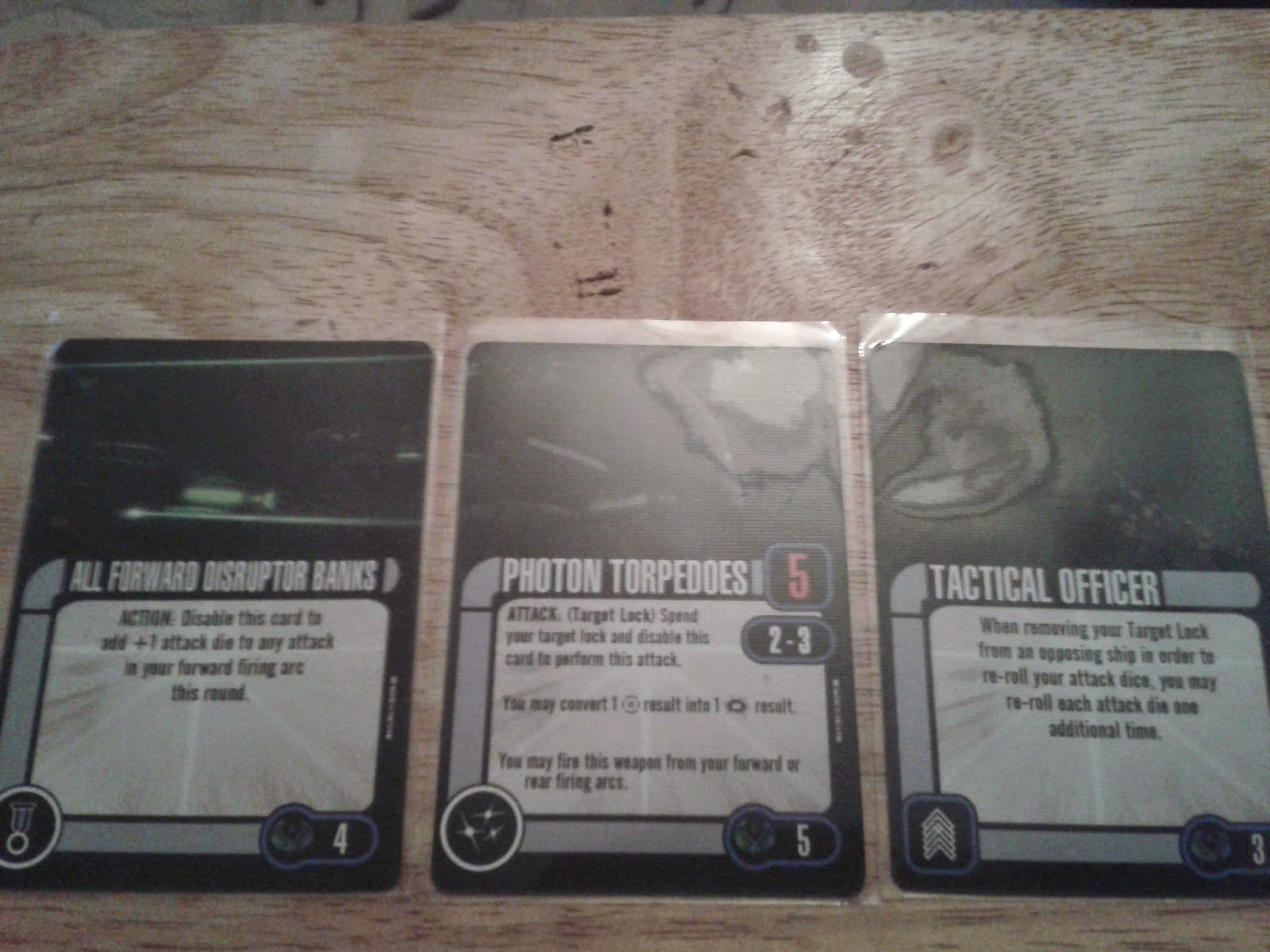 her talent... All forward disruptor banks, for an action it adds another attack dice, so a green manoeuvre and all forward disruptor banks is a 6 firepower barrage!.  combined with the Romulan Tactical officers ability of allowing ANOTHER re-roll for your target lock, giving you maximum chances at landing as many hits as possible.  Photon torpedoes are there to add some more rangy firepower as well.

The valdore is a great ship, there are some other Romulan toys I would like to play around with and change on her, I think she would work better with captain Toreth to add maximum firepower efficiency. but a great ship!