I was lucky enough to get a close up and personal look and play with the latest Battlefront plastic set SBX30. Plastic T-34's.

First, a little about the T-34. It was a Soviet medium tank first produced in 1940, though was only available in limited numbers during Barbarossa. At its introduction, the T-34 possessed the best balance of firepower, mobility, protection, and ruggedness of any tank, but was let down by a lack of radio communications, and poor layout with the commander doubling as gunner as well. When in 1944 the up-gunned T-34/85 was introduced it added an extra crewman freeing up the commander for his intended role. 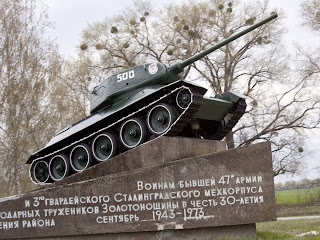 The T-34 served from Barbarossa (in small numbers) to the fall of Berlin and far beyond that so its a good solid mainstay of any Soviet lists for Flames of War, and thus a fine choice for producing in plastic. So what do you get? firstly some rather nice box art... 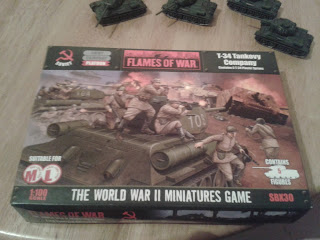 ...which tells you there are 5 tanks. Whats in the box? Well, the back shows that and also some handy parts guides. 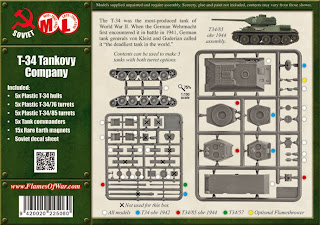 You get 5 of the large sprue, 5 of the smaller sprue, 5 track sprues, and a set of metal tank commanders, some rare earth magnets (enough for all the tanks and both turrets [C: This is my favorite part of the kit]) and some decals. If you look at the sprue there is even the option for a hull mounted flame thrower too! A nice touch, and a 57mm barrel to boot.

Now you may noticed I said BOTH the turrets, thats right, you get the full parts to make the 76nn armed turret, and the 85 turret, with enough magnets to just swap over any time you feel like that. That alone makes this set well worth its value as it provides you with tanks that can be used throughout the whole war. 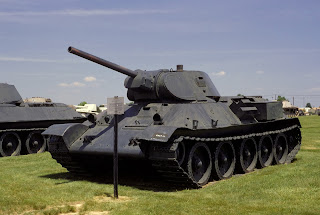 u
The 76 armed tank was the first used variant, and was still used up to the end of the war, though in diminishing numbers as its big brother came more into production.

I enjoyed building these models, building is my thing over painting, it reminds me to my youth of Airfix, at least my painting is slightly better than it was then! 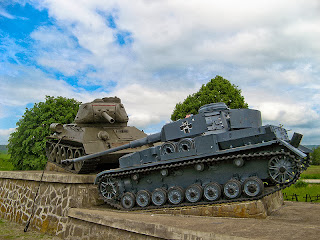 There is no real cleanup required the parts are crisp and well detailed, the only minor thing i found was that the joins with the turret are quite thick where you clip them off, and due to the way they are positioned on the turret can leave a nasty gouge if clipped out too close. Though of course these being Soviet tanks its not a major problem as they were not well known for their quality workmanship on the T34.  On the 85mm Turret the way it clues together leaves the join as the weld marks seen on the tanks a really nice little touch which i liked a lot.  The tracks have pegs which line them up so they are always straight, another big plus.  They of course will take longer then resin to put together, but overall the quality is better, and the price as well, plus the option of being both kinds of tank.

I had never used magnets before, so finding these in the kit I was intrigued to find out what they are like, and frankly it blew me away, I love them! The top of the hole has a recess to glue the magnet in, the turret another, just make sure you check your polarity first. They stay on strong, you can pick the tank up by the turret and it won't fall off. These models will stand up to solid war gaming play.  Anyone out there still in doubt that resin is superior... go pick up a set of these, you will be pleasantly surprised for sure. 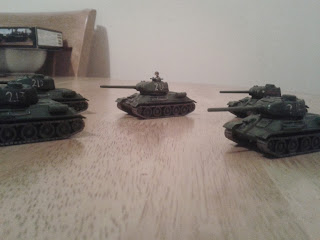 I did have one issue I have to admit, most of the transfers disintegrated on coming off the transfer paper. I am presuming this was just a bad sheet as i have researched and not found anyone with the same issue. Alas no red stars?? Come on guys! though I did like the Slogans, pity mine disintegrated though. 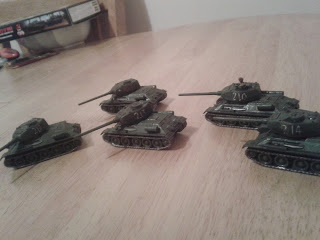 Though like any self respecting Red army Tank man, I didn't let that worry me,  There are many accounts of the tanks having numbers hand painted on them s they reached their units, due to quick losses and the factory just churning them out, so i thought hand painted wouldn't be out of place on the 85s and I rather like the look of it, hand painted and dirty off to give the enemies of the motherland a good steel smack without worrying about such niceties as stencils and fancy symbols. 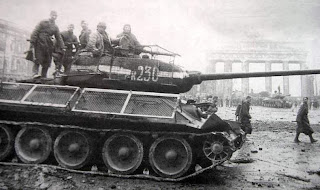 T-34 FACT - They where captured and used by the Finns and the Germans against the Soviets, adding even more used for this kit, you don't just have to be a Soviet player to enjoy them. 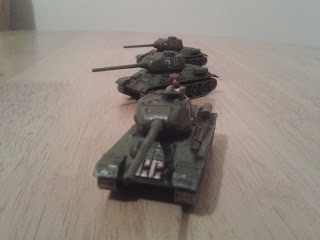 The additional track pieces included on the sprues made great ways to personalize your tank. 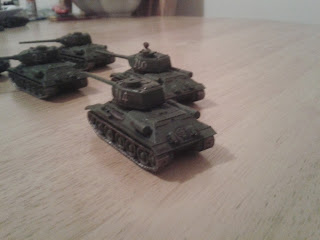 The detail level is high, even at the rear. 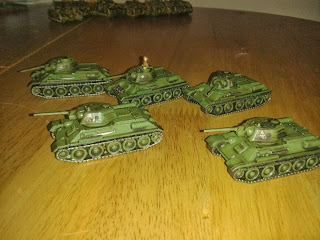 T-34 FACT - In May 1995, a Serb T-34-85 attacked an UNPROFOR outpost manned by the 21st Regiment of the Royal Engineers in Bosnia, maiming a British peacekeeper.  Croatia inherited 25 or 30 from Yugoslavia, but has since withdrawn them from service. T-34s were sporadically available in Afghanistan, but it is not known if T-34s were used against coalition troops, and Saddam Hussein had T-34s in the Iraqi army in the early 1990s. 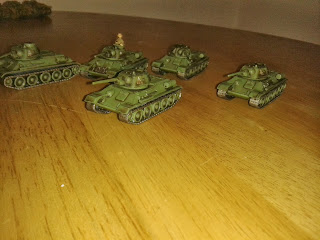 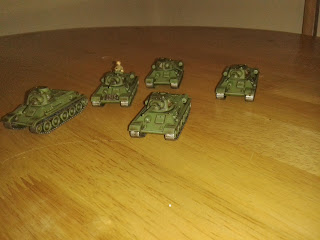 T-34 FACT - During the winter of 1941–42, the T-34 had a marked advantage over German tanks through its ability to move over deep mud or snow without bogging down; German tanks could not move over terrain the T-34 could handle. The Panzer IV, its main German opponent at that time, used an inferior leaf-spring suspension and narrow track, and tended to sink in deep mud or snow. 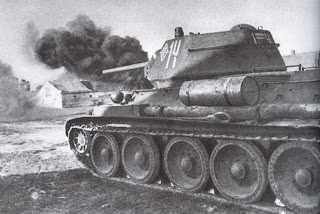 Overall the kit is well detailed, smooth and easy to put together with no hassle, paints well, looks great on the tabletop, is super value, flexible and a worthy addition to your collection as a Soviet, German or Finn player looking for captured goodies, or anyone who just enjoys a fine model to add to their collection

5 out of 5 guys, you smashed this one out of the park Battlefront, I can't wait to see the next plastic bits! If they are this good the future is going to be fantastic!