Ticket To Ride Digital by Days of Wonder and Asmodee Games

As you know I am rather fond of Ticket to Ride, and when I saw the below press release I was very excited! if you have not come across Ticket To Ride yet, take a look here for my review on the Europe edition.  I have got the digital version on PC and highly recommend it so these new updates make it even better, and a worthy purchase if you have not come across it yourself.

All Aboard The Adventure Train With Ticket To Ride!

The digital version of Ticket to Ride kicks off a new cross-platform asynchronous multiplayer game mode and introduces the new map of India.
Los Altos, CA; Paris, France – November 19, 2015 - Days of Wonder, an Asmodee studio, specializing in the development and publishing of board games, today announced the release of a major upgrade of Ticket to Ride on mobile, tablet and computer. Embark on an unprecedented rail adventure, challenge players around the world thanks to the asynchronous multiplayer mode, and discover the new map of India for the first time on a digital platform!
Created more than 10 years ago, Ticket to Ride is a category leader for family games in the board game industry with over four million boxes sold worldwide in 11 different versions. Upon its release in 2004, Ticket to Ride was awarded the most prestigious award, the German Spiel des Jahres (Game of the Year). Its digital format has already captivated more than 3.5 million fans.
"The digital versions of Ticket to Ride bring together enthusiastic gamers and captivates a loyal and engaged community for which Days of Wonder wishes to provide the best," says Yann Corno, CTO of Days of Wonder. "Today, we’re excited to strengthen the current digital experience with even more functionality to meet the needs of our fans. That is why it seemed essential to allow players on mobile devices, tablets and computers to play together, wherever they are and at any time, by creating an asynchronous multiplayer mode." 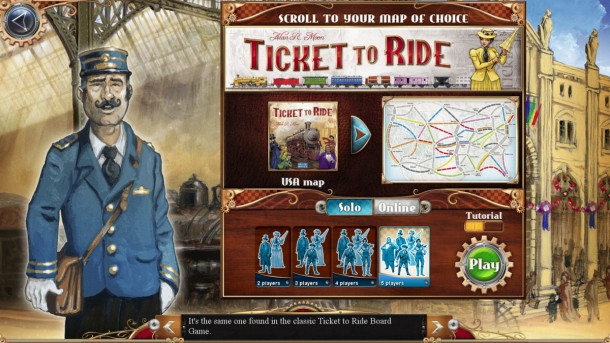 
social media capabilities to share exciting moments, and fresh content such as the Indian map, the first vertical map to be available on Ticket to Ride digital.
Check out the exclusive trailer: Step aboard the adventure with Ticket to Ride!
Ticket to Ride is available on iOS and Android for $6.99 and PC via Steam for $9.99. Explore new territories through additional maps including the brand new vertical map of India. Note that players who already have the application in any of the current forms will download the new version for free during an update on November 19.
For more information , please visit http://www.daysofwonder.com/online/fr/t2r/ and find all the news for Ticket to Ride on Facebook and Twitter.
To download Ticket to Ride: 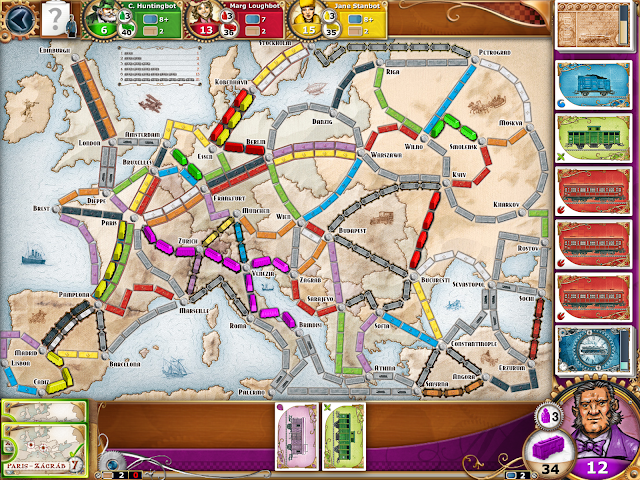 About Days of Wonder, an Asmodee studio
Days of Wonder®, a studio owned by Asmodee, develops and publishes one of a kind games, as reflected in the company’s slogan "Play different”.™. The smashing successes that are Ticket to Ride®, the best-selling train game, Small World® and its epic conquests in a fantasy world; and Memoir ’44® , the definitive World War II board game, supported by more than twenty expansions, motivate Days of Wonder to always raise the bar higher. Days of Wonder games are distributed in 40 countries and their digital versions are available on the App Store and on Google Play, as well as on Steam and on Days of Wonder’s website. To date, the company has sold more than 5 million games and over 45 million game sessions have been played online on its website. It also remains the youngest company to ever win the prestigious "Spiel des Jahres" (Game of the Year Award in Germany), the most coveted prize in the world in the field of board games.
About Asmodee
Founded in 1995 in France and with offices in 7 countries including England, China and the United States, Asmodee is a publisher and distributor of popular board and card games like 7 Wonders, Jungle Speed ​​and Dobble. With six studios publishing and distributing games in more than 44 countries, Asmodee sells more than 10 million games per year. Asmodee’s reputation for delivering strategically challenging games with attractive design, has earned the company unfailing loyalty from fans, families, hard core players and also casual gamers. 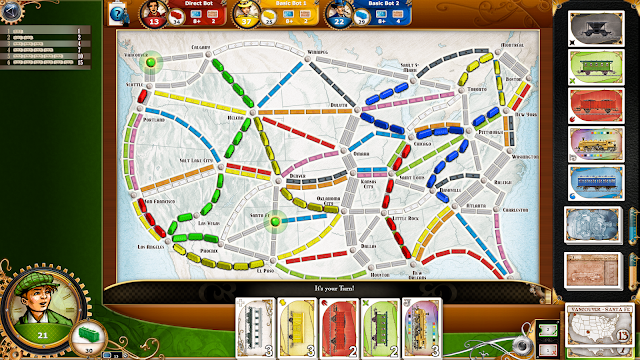