Skip to main content
Labels
Posted by Unknown May 19, 2015

I love reading history books, and Max Hasting is one of my favourite authors, his content is always readable and never too dry.

I often find when I want to know more about something that interests me I take a quick flick on google to check its still of interest then I try to find a book on it.

The Korean War  was between North and South Korea, in which a United Nations force led by the United States of America fought for the South, and China fought for the North, also assisted by the Soviet Union. The war arose from the division of Korea at the end of World War II and from the global tensions of the Cold War that developed immediately afterwards.

The Korean war is a very forgotten war, and was very important in its time so I went to try and find out more, and by all accounts this book is the best (Big claim).  After reading it I have to agree. 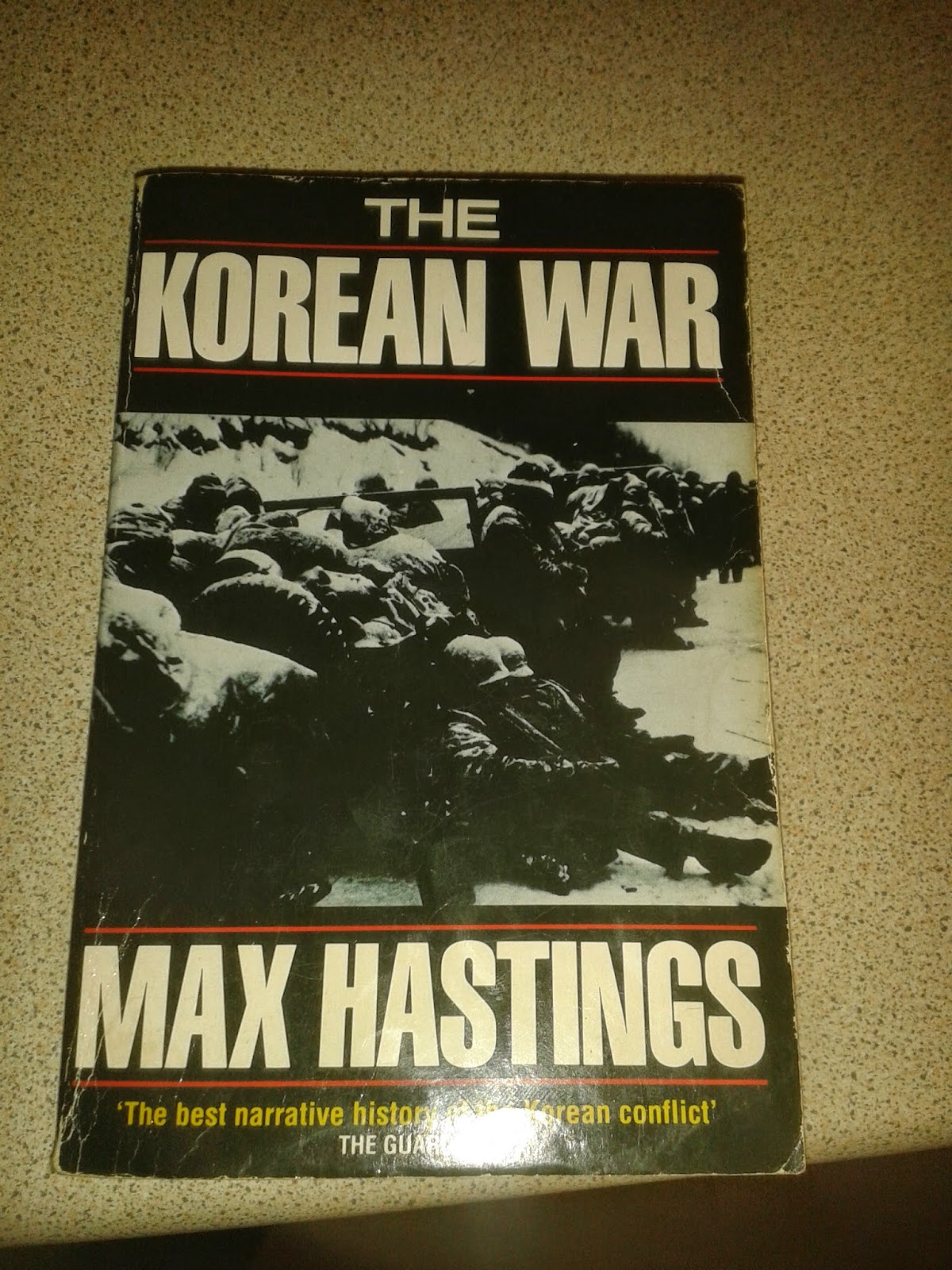 My copy is a bit old and battered, but it's the content that counts. So a bit more about it.....


The war has been seen both as a civil war and as a proxy conflict in the Cold War between the United States and the Soviet Union. While not directly committing forces to the conflict, the Soviet Union provided strategic planning, weapons, and material aid to both the North Korean and Chinese armies. From a military science perspective, the Korean War was initially fought in a manner similar to the mobile style of warfare that emerged in World War II, but by the second year of the conflict, fighting tended toward holding operations while the details of an armistice were debated. For the last two years of the conflict, World War I trench warfare tactics became the norm. The war also saw the first combat between jet aircraft—such as the F-86 Sabre used by the UN and the MiG-15 used by the Chinese—in warfare.


The Korean War is founded on Max’s familiar blend of massive archival research in Britain and America, together with hundreds of interviews with veterans conducted in Korea, on both sides of the Atlantic and in China.  In 1985, the author was the first Western writer to be allowed to meet and question members of the People’s Liberation Army who served in Korea between 1950 and 1953.  The book received outstanding reviews both in Britain and the United States.  Many of its arguments, especially about Russian and Chinese behaviour in the first months of that great crisis of the Cold War, have been confirmed by evidence which has become accessible in Moscow and Beijing in the years since the book was first published in 1986.

It is easy to read, informative, and really kept me in the book until it was finished, and when I had I felt I knew a lot more about the subject.

Is it worth getting? yes. yes it is its a great read to expand your knowledge, or brush up if its a subject you already know about.
Labels: Book marts book corner review