Skip to main content
Labels
Posted by Unknown May 05, 2015

A good friend of mine has been rather partial to this game for a while, and has often shown me some of the stunning models for it.  I have been able to resist, until I was kindly donated the rulebook to lookthrough! 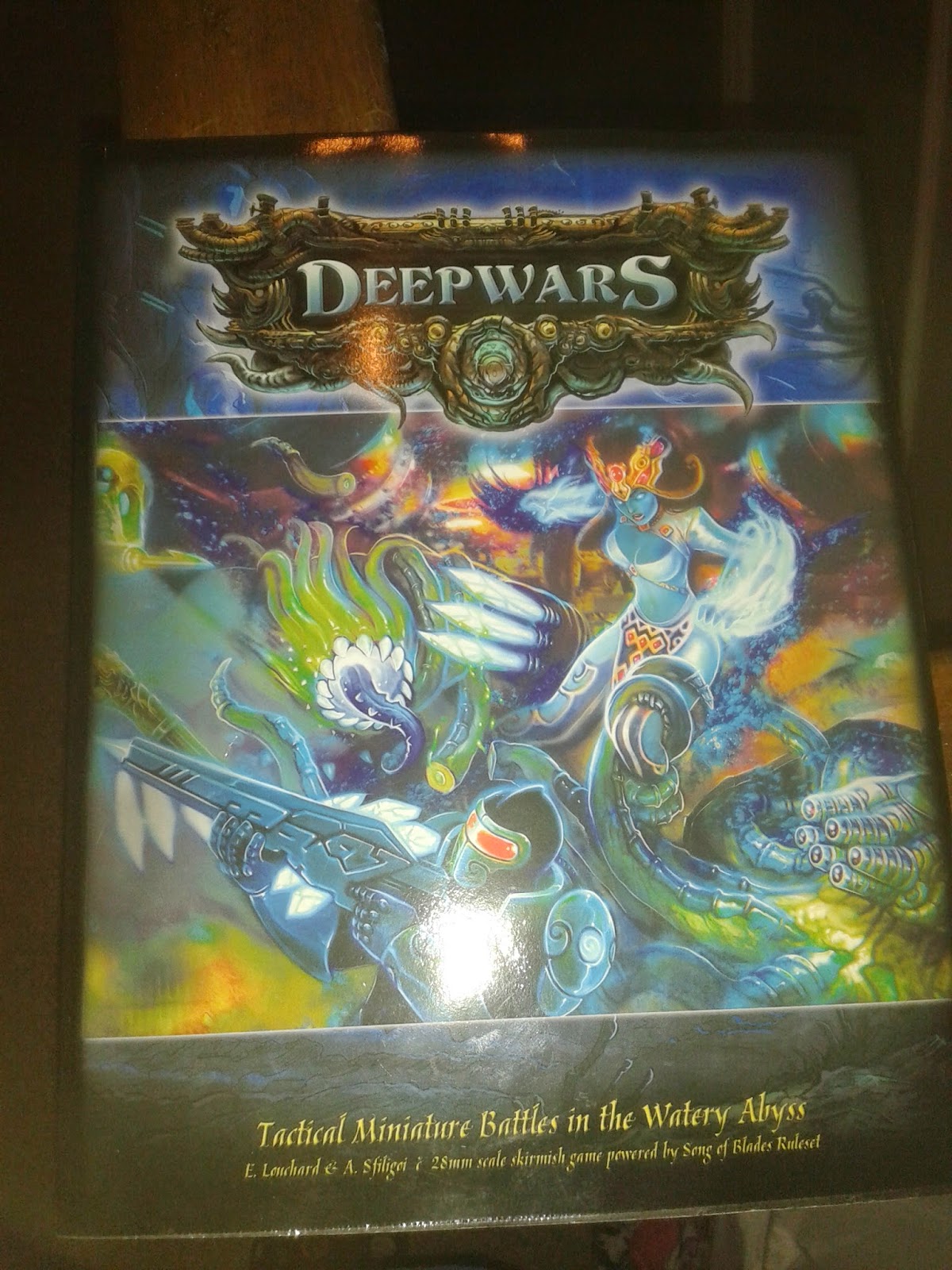 DeepWars is a 28mm scale tabletop wargame set in an alternate history of Earth in the late 17th century, where fortune seekers, scientists and scoundrels have discovered a lost land with an underground sea miles beneath the frozen surface of the southernmost continent. Ancient technology recovered from their first excursions on land has allowed these adventurers to develop new ether-powered dive suits and weapons and return to the bottom of the underground sea to battle with deadly marine enemies over powerful artifacts, glittering crystals and golden treasure on the seafloor.


from four distinct forces to vie for control over the watery abyss, creating warbands from four to eight miniatures. Each character in the warband can improve after battles, giving the game an RPG feel, and players can even design their own characters, weapons and “ether-tech” artifacts. DeepWars includes multiple types of scenarios, including exploration of wrecks on the seafloor, adventures in ancient cities of cyclopean structures, battles among fields of geothermal chimneys, submarine boarding and many others. 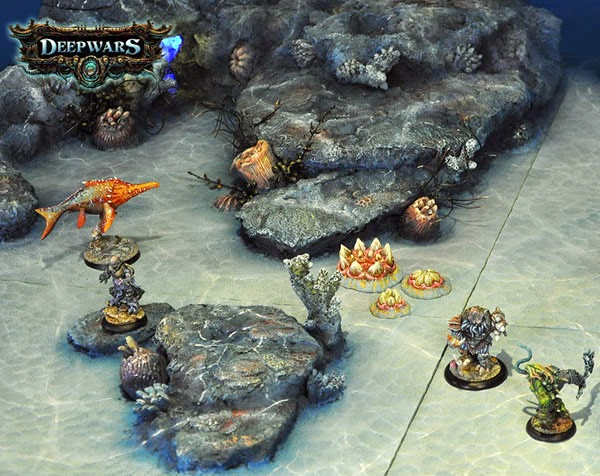 Above all, DeepWars is about fun and fast gameplay, with scenarios lasting less than an hour. The rules are designed to be modular, so they are easy to learn but have enough complexity that players can game in a variety of styles. Players might choose to blast their opponents, stealthily sneak into ruins to steal artifacts, or wield magic spells to control the minds of their foes, whatever it takes to salvage the treasures of the deep.


So firstly, the book.  The one I have is soft cover, and full colour with some lovely evocative art 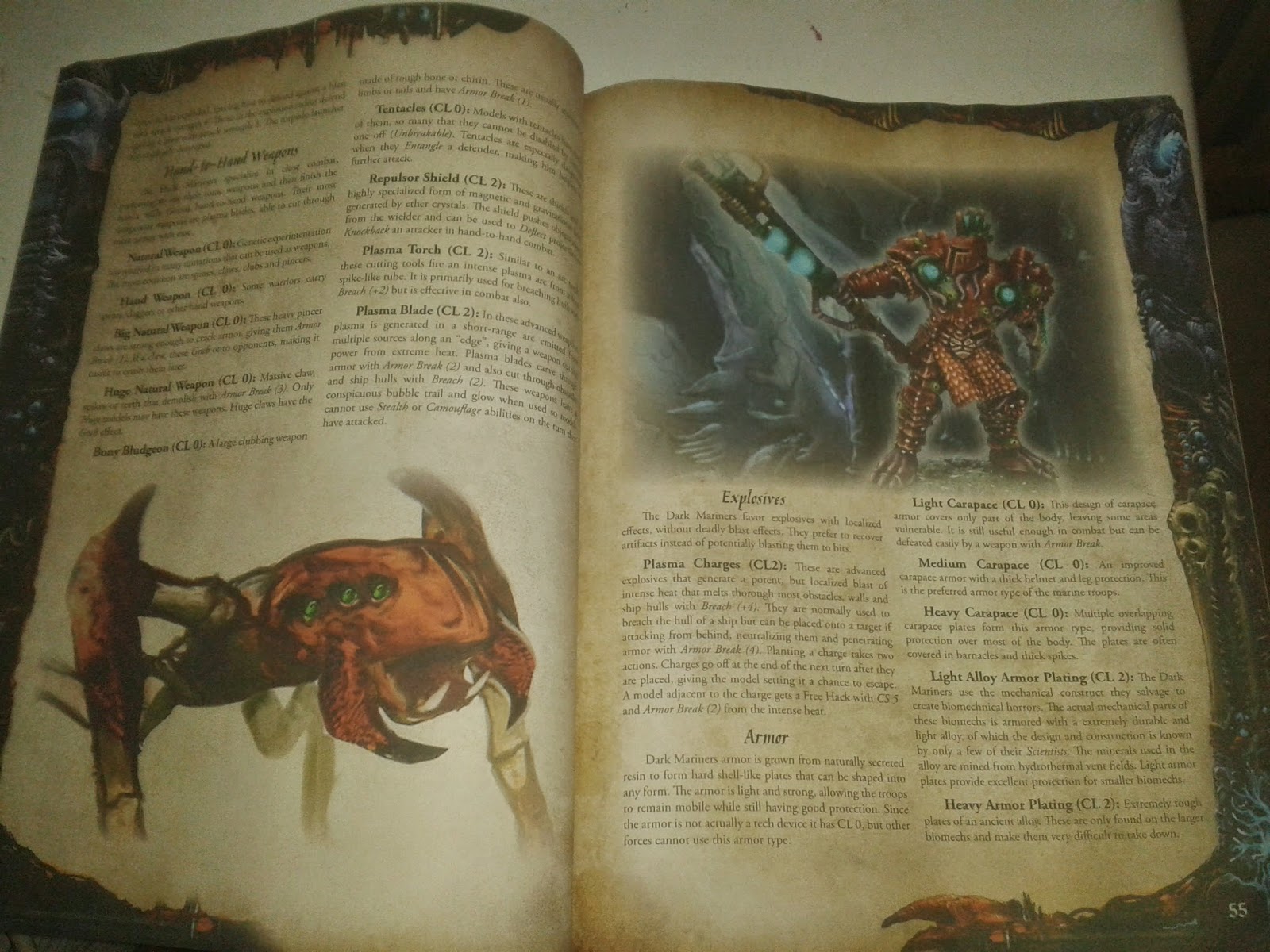 It is not glossy paper, but this is still a young game, and the book is nice enough I can forgive it. 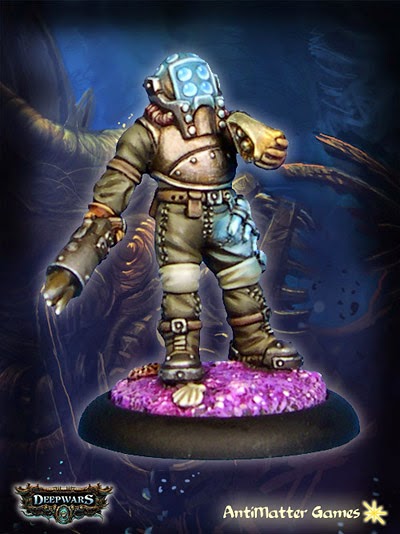 Deep Warsis  played completely under the water as you may have guessed from the name, and that adds some interesting new dynamics to the tabletop.  You can swim or dive to different height levels.  To move over terrain, or to better position yourself, though there is a chance depressurising or drowning should you try to increase or decrease too fast, which is a nice touch as it does not make it super powerful as you must balance it out.

Then we have illumination. Deep under water the sun light does not always reach, there are some crystals that provide some areas of light, or a particularly shallow skirmish, but otherwise you need torches or special abilities like special vision or you can end up alone and disorientated. 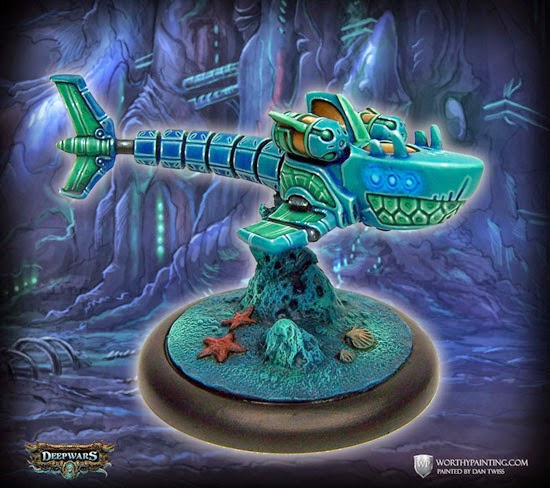 Standard set up is one side is the attacker, one the defender.  The defender gets to set up the terrain, though the attacker chooses which edge they come in from, making it wise not to stack the board.

Deep Wars also contains full rules for a campaign system. adding in extra goodies which is always a great thing! 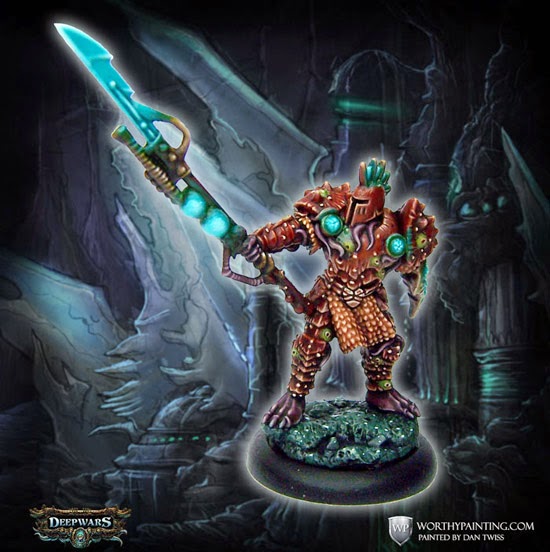 There are even options to create your own characters in the book, which would be perfect for campaign gaming.

As you can see the models are great looking, and you do not require many for a game, just a handful.

With its innovative setting super looking models and skirmish rule system, Deep wars looks to be a fun game to try, with some innovative mechanics.  Plus head down to your local pet store and look in the fish tank section for some suitable basic scenery to get started!
Labels: deepwars