Skip to main content
Labels
Posted by Unknown May 22, 2018

Today takes us deep into Cardassian space as we look at the ATR 4107, specifically the Dreadnought for the Dominion forces.  As always only cards that came in the pack are used, and no more then 50 points. 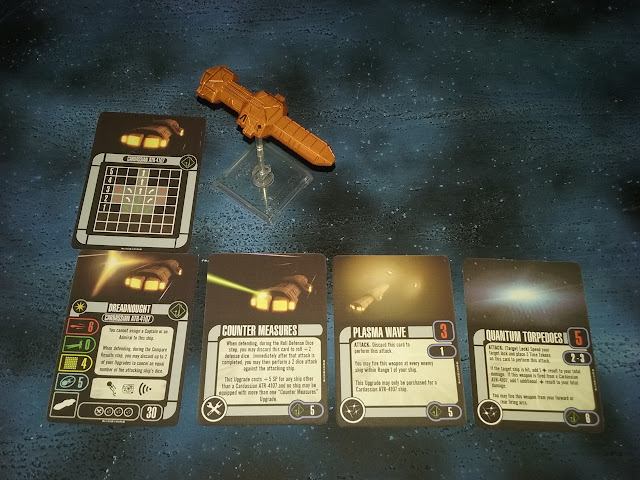 The Dreadnought is fast, doesn't really turn to well though, but that's generally normal with Cardassian ships.  She does how ever hit very very hard with an attack of 6, and is solid with 4 hull and 5 shields.  The named ships ability allows you to discard up to 2 upgrades to cancel an equal amount of attack dice.  Not something I intend to really use, but handy in a pinch. 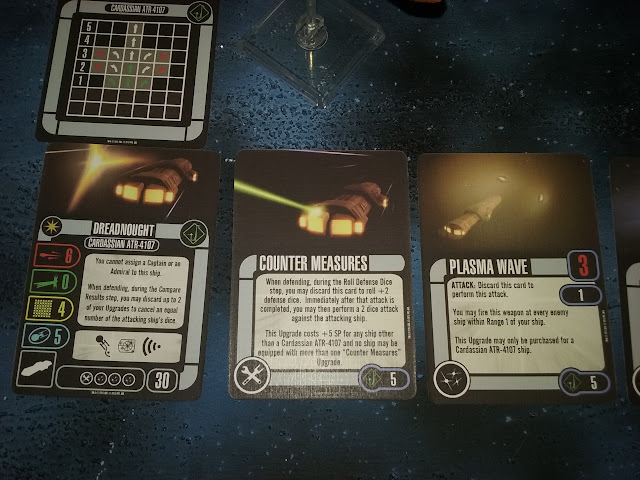 The Dreadnought  can not have a captain so will always be moving first, even before the skill 1 generic captains, and shooting last again, so you need to think ahead to be ready.  In the Tech slot we have counter measures.  When defending you can discard it to gain 2 defence dice, which is handy when you have 0 defence dice, and it also allows you to make a counter attack of 2 dice against the attacking ship.  Weapons though is what this ship is about, maximum firepower.  Plasma wave may only be at 3 attack but it lets you hit every ship in range 1 of you in and OUT of firing arc, so if you find yourself surrounded you can dish out some serious damage all around you, or of course hit one ship for a 7 attack.  Its a discard of course, but is handy for emergency use. 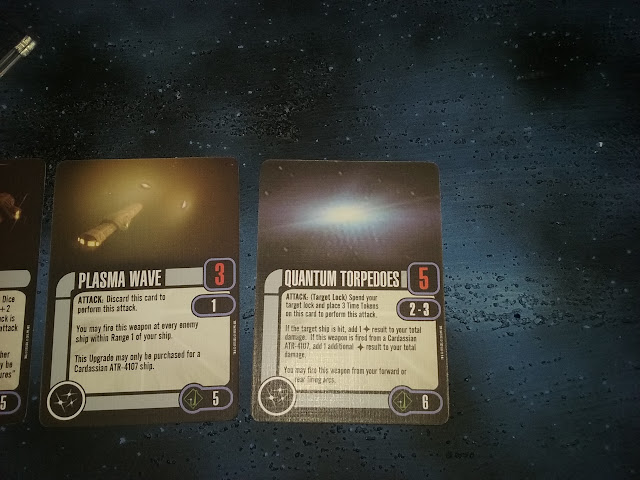 For the other weapon system on the ship we have Quantum Torpedoes.  They use the time token mechanic, and are a 5 attack dice, and if your target is hit you can add 1 damage, and if fired from an ATR 4107 you can add another hit, so you can really do some damage with this as you alternate between it and the powerful main weapon systems.


The Dreadnought is a beast of a ship, with a 180 degree front firing she can run in the main battle line, or can sit back and fire from afar, as she is fast enough to come into the main battle if needed.  Just keep the rear guarded, as she is not nimble enough to turn around easily if needed.  There is no subtlety with this ship, its just point and open fire and its Great fun!