Skip to main content
Labels
Posted by Unknown May 01, 2018

Today we look at the best options to get the most out of the Awing.  Using only the cards from the pack here is my favourite build, and how best to use it. 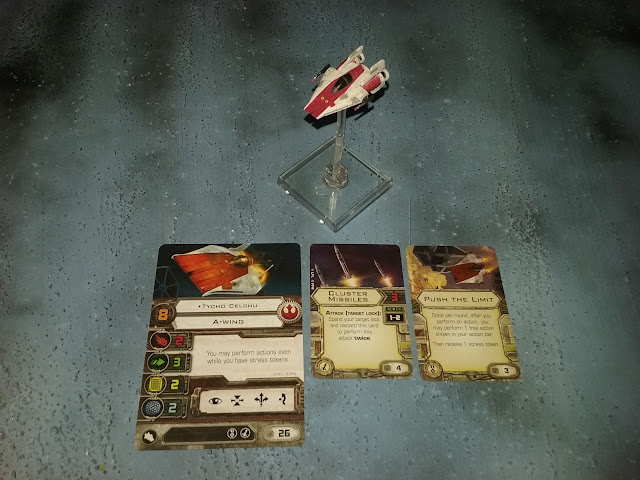 Here are the cards, so lets take a closer look.... 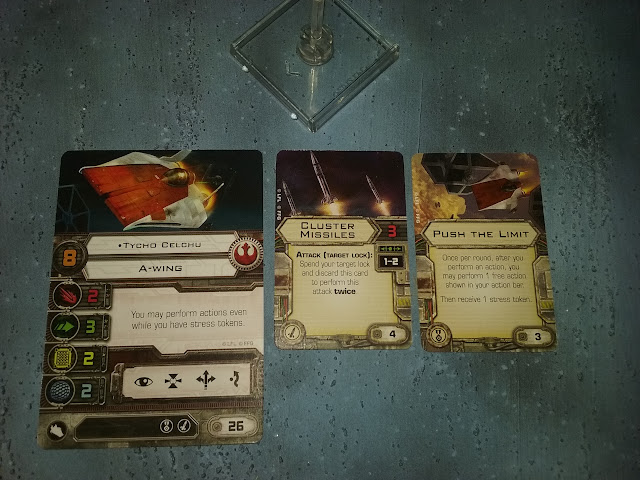 I started with Tycho Celchu.  His ability to ignore Stress for actions makes him a great choice, and with skill 8 he is high up on the pilot chain. For his Elite talent he has Push the Limit, which lets him take an extra action each turn after he has taken an action from his bar, though at the cost of a stress.  This works perfectly with him, as he can take an action from his bar even when he has stress, meaning he can push the limit every turn for two actions, allowing him to target lock and focus for maximum hitting power, or boost and evade to clear an enemy, or any combination you need.

For weapons he has Cluster missiles, this is a 3 attack weapon that fires twice, and since you can always perform two actions you can really maximise the effects of these attacks.


With the speed of the ship, and the ability to perform two actions each turn you can really get stuck into the fight, and always have the action you need for the right time, he is fast and nimble enough to dogfight with any imperial ship, and with cluster missiles can dish out the hurt.  The ship is fragile, so may not always survive, but can create enough of an annoyance and dish out damage to be considered a big threat to your opponents forces.