The Bwing is the Rebellions heavy assault fighter. And today we look at how best to outfit it and how to use her to your best advantage.  As always only using the cards that came in the pack. 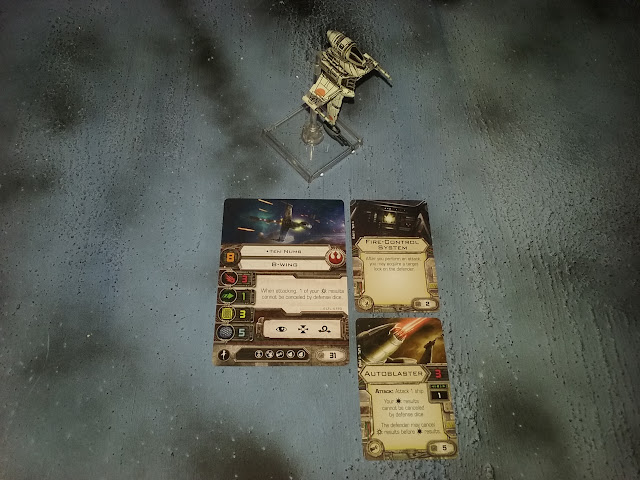 To get the most out of it you do need many cards, and this is a solid build.  Lets take a closer look, and see how we can use her in action.... 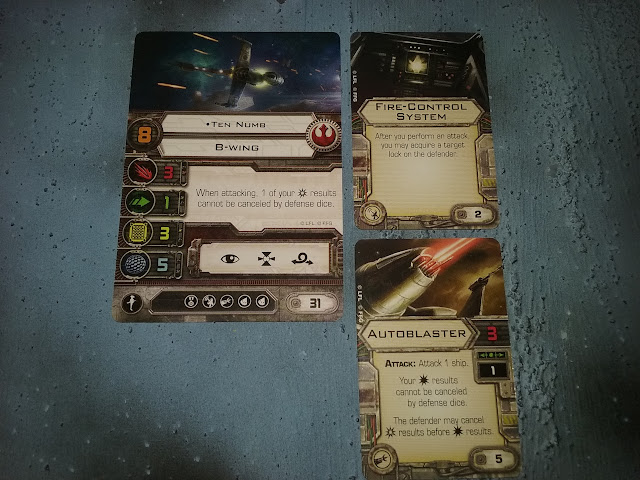 In the systems upgrade he has the fire control system, giving him a free target lock even if he is stressed after he attacks.  This combination means he can really focus fie with those free target locks to provide as much damage as possible.

The BWing though not fast, works well in the middle of the dogfight, where her tough shields, and solid firepower can be brought to bear, particularly at range 1, and with the K turn at speed 2 she can really surprise an enemy, and last longer in a fight then many other ships.