Time to take a look at an expansion for Wings of Glory, and see what you get in a pack.  This time we are looking at Guynemers SPAD S.VII for the French.

The SPAD S.VII was the first of a series of highly successful biplane fighter aircraft produced by Société Pour L'Aviation et ses Dérivés (SPAD) during the First World War. Like its successors, the S.VII was renowned as a sturdy and rugged aircraft with good climbing and diving characteristics. It was also a stable gun platform, although pilots used to the more manoeuvrable Nieuport fighters found it heavy on the controls. 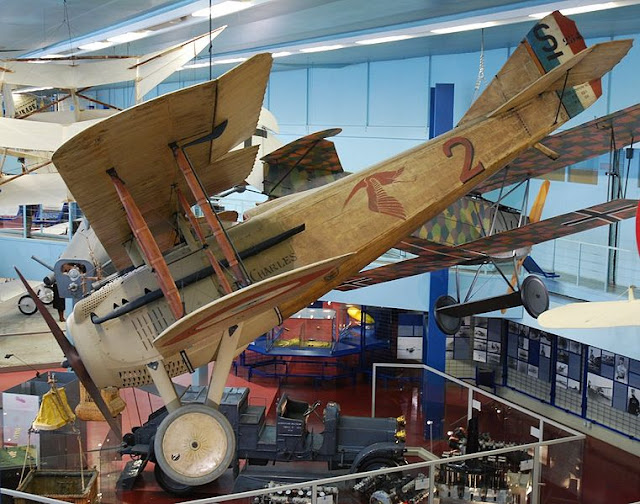 New tactics based on speed were developed to take advantage of the SPAD's power, and to compensate for its lack of maneuverability. The aircraft's capacity to dive safely up to 400 km/h (249 mph) permitted the pilot to break from combat when the situation demanded it.
With early problems solved and production shared between several manufacturers, the SPAD VII was finally available in large numbers at the front in early 1917. By mid 1917, some 500 were in front-line service, having largely replaced the Nieuport. It gained a reputation for being stronger than its predecessors. Its principal shortcoming was its one machine gun armament at a time when the opposing Albatros D.III fighters were equipped with two. 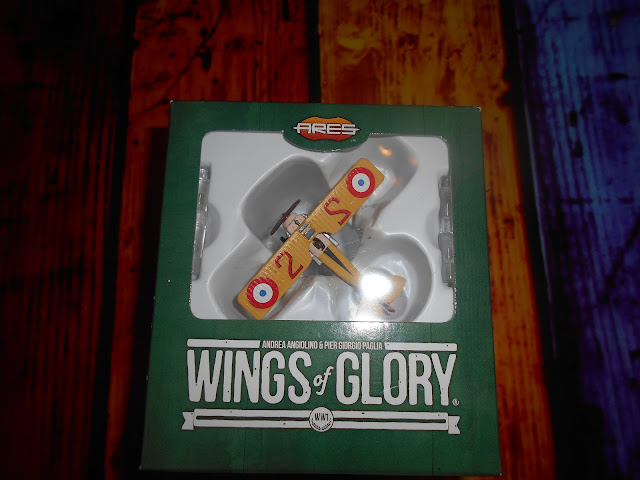 
gradually replaced by the improved SPAD XIII in front line units but remained in use as a trainer aircraft with Aviation Militaire throughout the war and it remained as the standard pilot certification test aircraft until 1928. 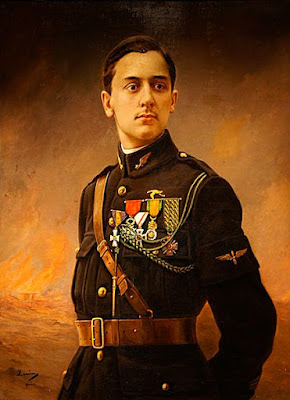 Georges Guynemer (24 December 1894 – 11 September 1917 missing) was a top fighter ace for France with 54 victories during World War I, and a French national hero at the time of his death. 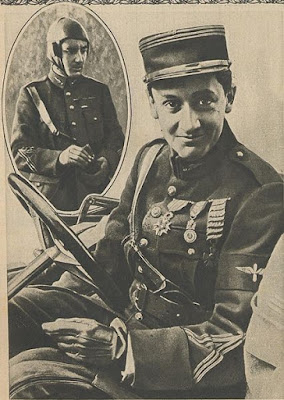 Guynemer was lionized by the French press and became a national hero. The French government encouraged the publicity to boost morale and take the people's minds off the terrible losses in the trenches. Guynemer was embarrassed by the attention, but his shyness only increased the public's appetite to know everything about him. This was quite different later in 1918 with the French top ace René Fonck, who despite having 75 confirmed victories, had bad publicity for his arrogance and shameless self-promotion. Guynemer's death was a profound shock to France; nevertheless, he remained an icon for the duration of the war. Only 22 at his death, he continued to inspire the nation with his advice, "Until one has given all, one has given nothing."

well of course there is the plane itself, in Guynemers colours.  The base and pegs, and the movement cards as well. 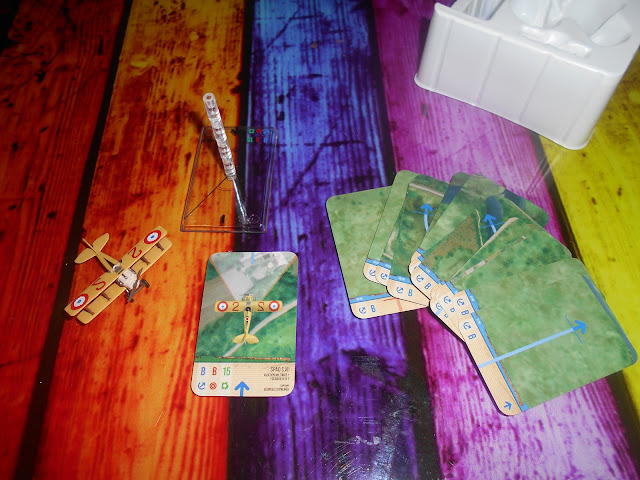 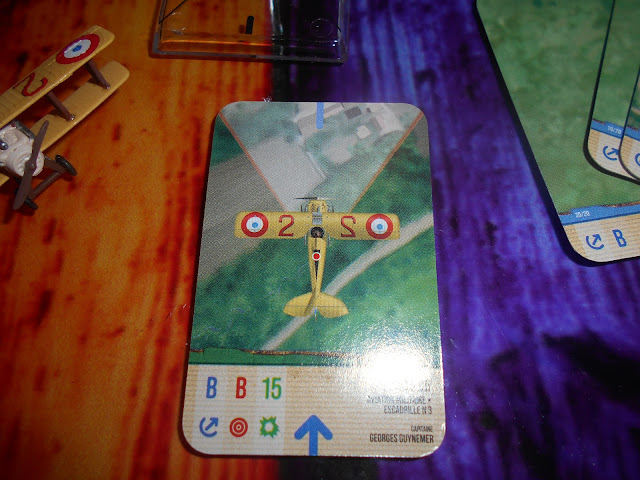 It shows you here the spads movement deck is  B,  damage deck is B and she has 15 damage points. I like that the art on the card matches the actual plane, rather then a generic plane. 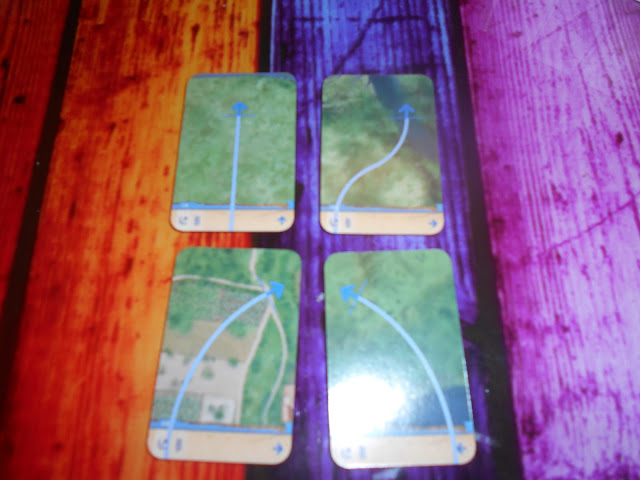 The SPAD is fast, but she is certainly not nimble, these are the tightest turns she can pull, so you will need to think ahead, but you do have the pace to pull away from most enemy planes. 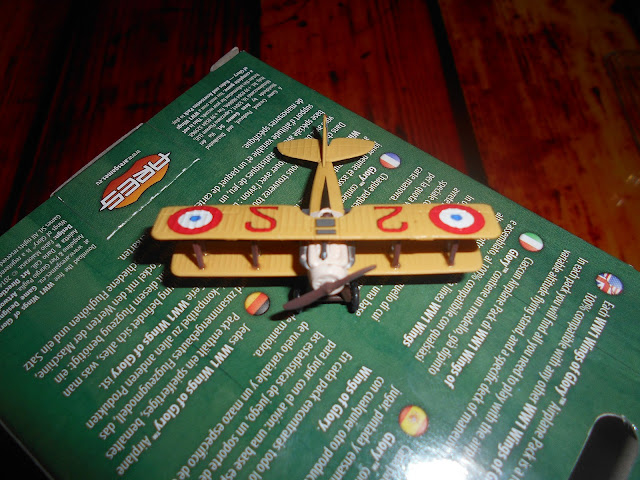 The plane model is a beauty, I have always had a soft spot for the SPAD, and she looks great in Guynemers colours. 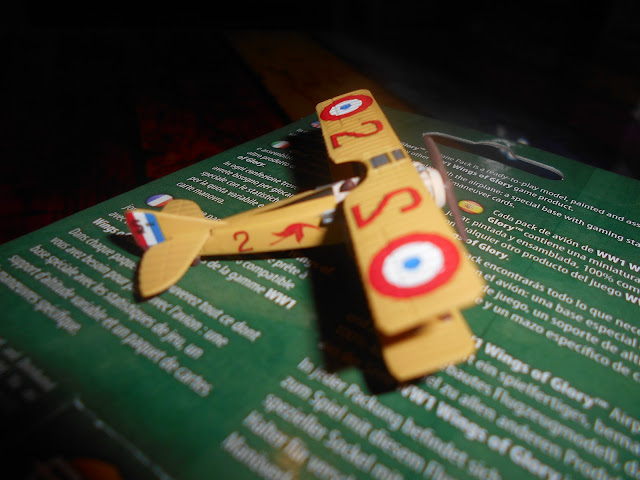 That famous Stork on the side looks great, even at such a small scale. 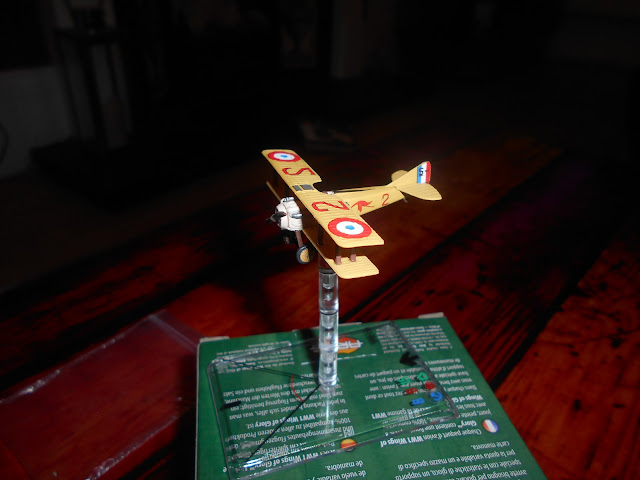 Ready to take to the table, and join the battle.