Today we take a quick look at the cards and dice in the Dicemasters Uncanny Xmen 2 player starter set.  Like all the starters you get 8 characters, each with 3 different versions, and 2 dice each. 10 action cards, plus the usual sidekick and action dice. 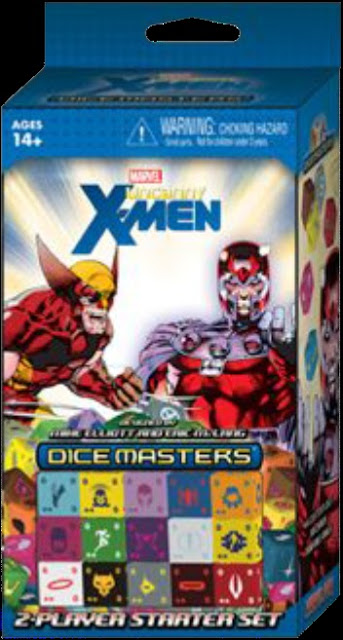 ﻿
You get the usual colour rule book, your side kick dice, 8 for each player which is standard to all Dicemasters game, and some coloured dice and backgrounds for your action dice.  To learn more about how Dicemasters is played head over here. 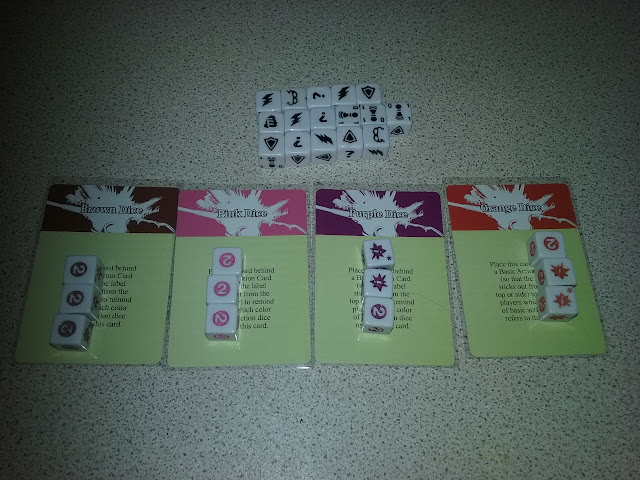 Sadly they are the same colour as the D&D starter set, would have been nice for some more options. 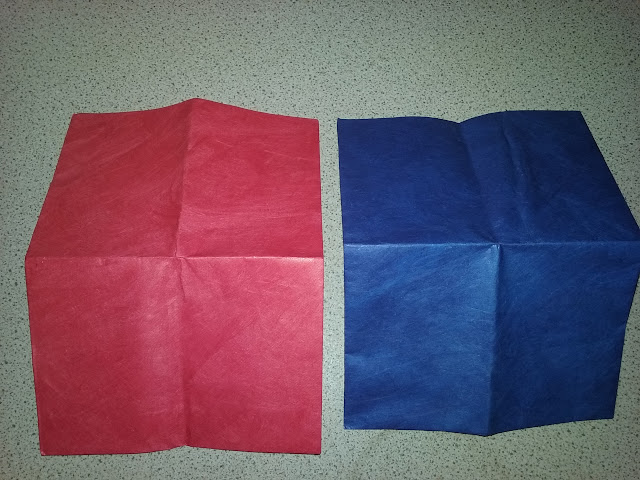 The same dice bags as well, but then they just hold your dice, its the cards and dice that are of interest. 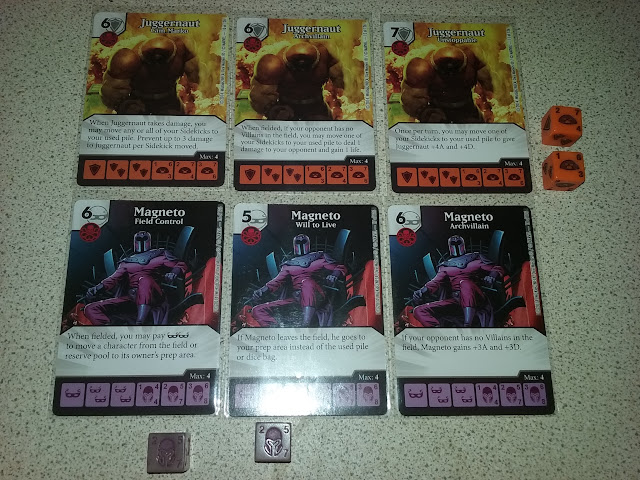 We have juggernaut in the pack, he has a lot of sidekick manipulation, and hits like, well a juggernaut.  Magneto is strong, and tough, and with the different variants you can find one to fit the role you need, his dice is great translucent cream and purple.  Very nice. 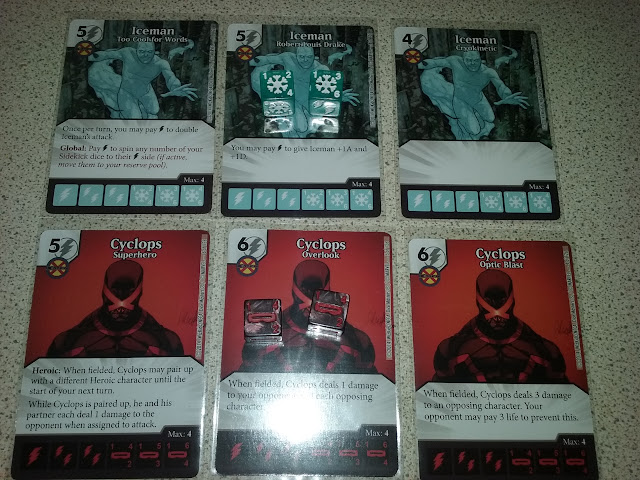 Iceman steals it for my favourite die of the pack with his clear blue die, he can manipulate lightening energy to increase his attacks.  Cyclops can deal damage when he is fielded. 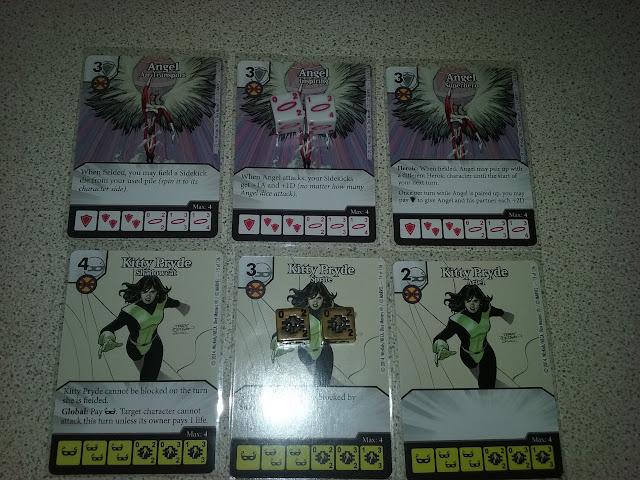 Angel supports your sidekicks.  kitty Pryde isn't the toughest character, but the turn she is fielded she cant be blocked, so you can swing her out for damage each time she is pulled. 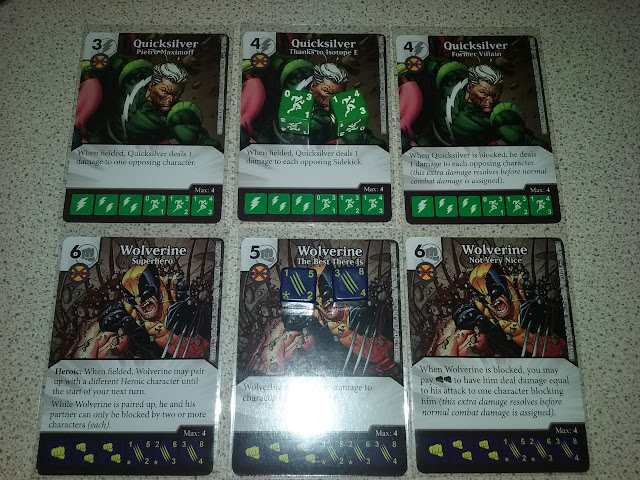 The last character cards we have are Quicksilver who though weak damages characters or enemy sidekicks when he is fielded.  Lastly Wolverine, the most powerful attack in the set, and he has abilities to cause extra damage to things when he is blocked. 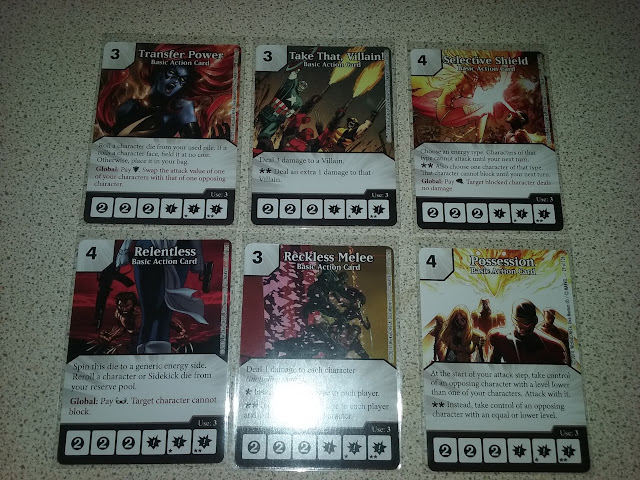 We also have 10 new actions, that provide some new and useful things such as direct damage in the form of take that villain, or taking control of a character with possession.  Ambush can provide extra attacking power, so there are lots of ways you can use these, and of course combine them with the other Dicemasters sets out there to get the set of actions you want most.  Another good set, and a must have for a Dicemasters fan, the fact you can mix and match with the other sets is just a great feature, who wouldn't want to see wolverine fighting a troll, whilst an elven mage blasts magic at the Green Lantern.... 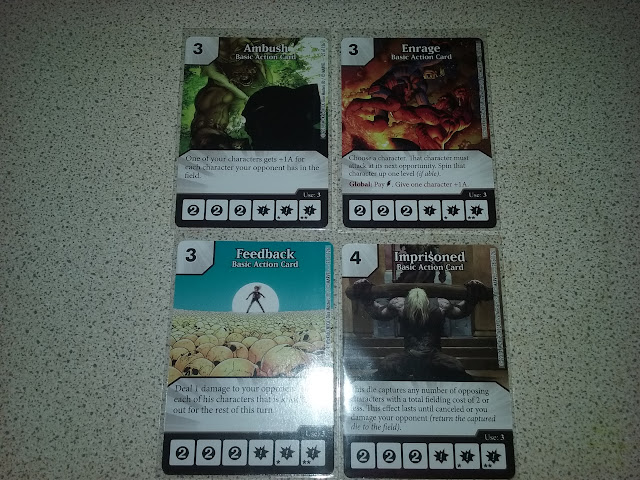